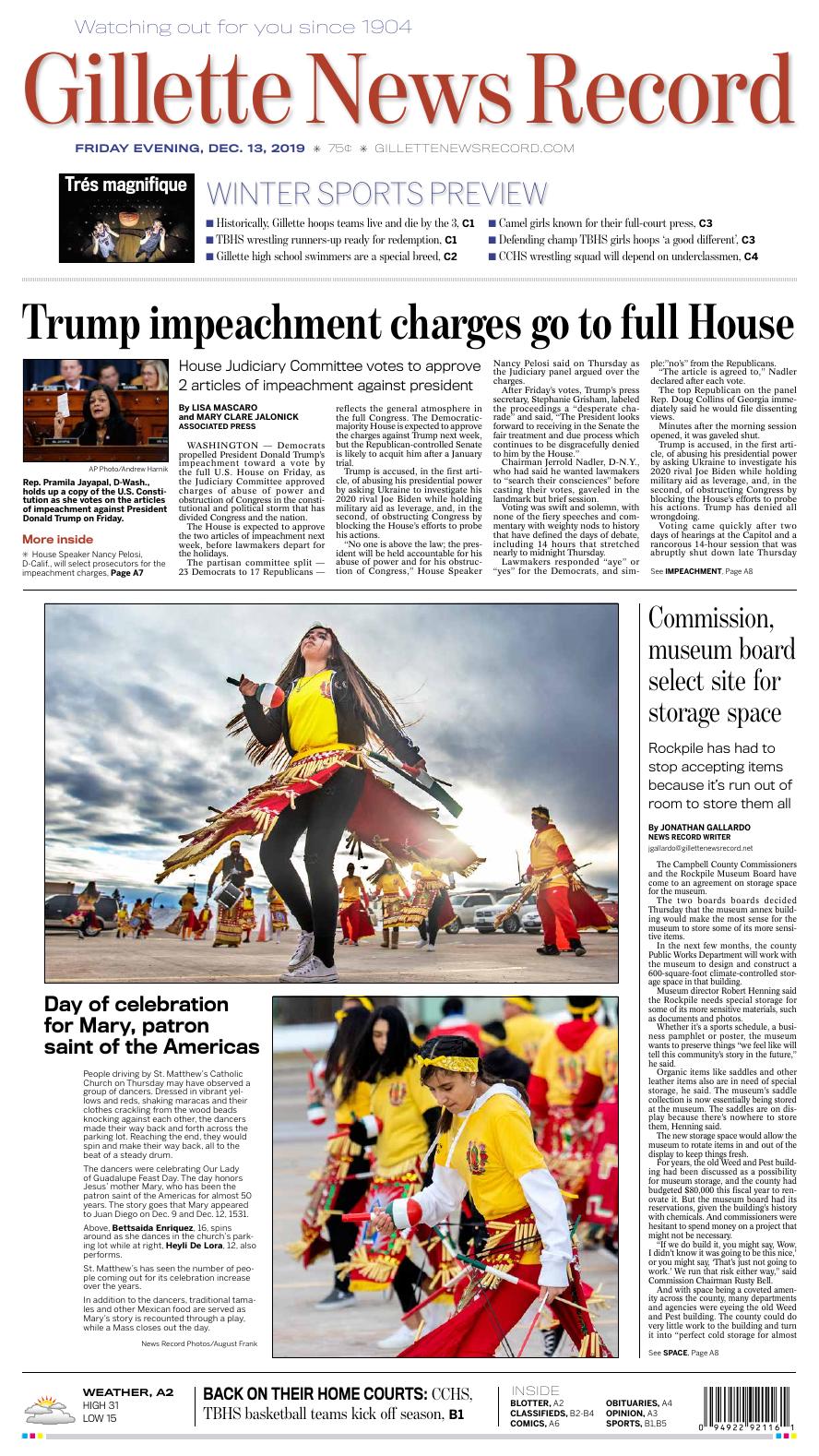 Local
top story
Commissioners, museum board select site for storage space
Rockpile has had to stop accepting items because it’s run out of room to store them all
jgallardo  / By JONATHAN GALLARDO News Record Writer jgallardo@gillettenewsrecord.net
12.13.19

The Campbell County Commissioners and the Rockpile Museum Board have come to an agreement on storage space for the museum.

The two boards boards decided Thursday that the museum annex building would make the most sense for the museum to store some of its more sensitive items.

In the next few months, the county Public Works Department will work with the museum to design and construct a 600-square-foot climate-controlled storage space in that building.

Museum director Robert Henning said the Rockpile needs special storage for some of its more sensitive materials, such as documents and photos.

Whether it’s a sports schedule, a business pamphlet or poster, the museum wants to preserve things “we feel like will tell this community’s story in the future,” he said.

Organic items like saddles and other leather items also are in need of special storage, he said. The museum’s saddle collection is now essentially being stored at the museum. The saddles are on display because there’s nowhere to store them, Henning said.

The new storage space would allow the museum to rotate items in and out of the display to keep things fresh.

For years, the old Weed and Pest building had been discussed as a possibility for museum storage, and the county had budgeted $80,000 this fiscal year to renovate it. But the museum board had its reservations, given the building’s history with chemicals. And commissioners were hesitant to spend money on a project that might not be necessary.

“If we do build it, you might say, Wow, I didn’t know it was going to be this nice,’ or you might say, ‘That’s just not going to work.’ We run that risk either way,” said Commission Chairman Rusty Bell.

And with space being a coveted amenity across the county, many departments and agencies were eyeing the old Weed and Pest building. The county could do very little work to the building and turn it into “perfect cold storage for almost anybody else in the county,” said Public Works Director Kevin King.

He suggested the old fire department maintenance building, which is next to the former Weed and Pest building. The museum already stores some things there.

“There’d be no Weed and Pest baggage with that,” he said, adding there is about 1,000 square feet of space in there.

It’s in better shape than the maintenance building, meaning it will cost less to upgrade, and it’s on site, which will be more efficient for employees moving things in and out of storage.

With the space crunch, the museum is working to keep its collection from growing.

“We’ve stopped taking anything because we’re out of space,” Bishop said.

And it has some items that will go to auction, including 30 typewriters.

“We’re not just sitting on our thumbs, we’re working on what we have already,” said board member Rita Cossitt Mueller.

King asked if the commissioners want to see the design and have another discussion. Bell said he’s fine with a more hands-off approach.

“You know more about the design and space that’s there than we do,” he said. “Just go ahead and get it done.”

The county will renovate the museum annex building using some of the money that had been set aside for the old Weed and Pest building. The goal is to have it completed by June 30, the end of the current fiscal year. 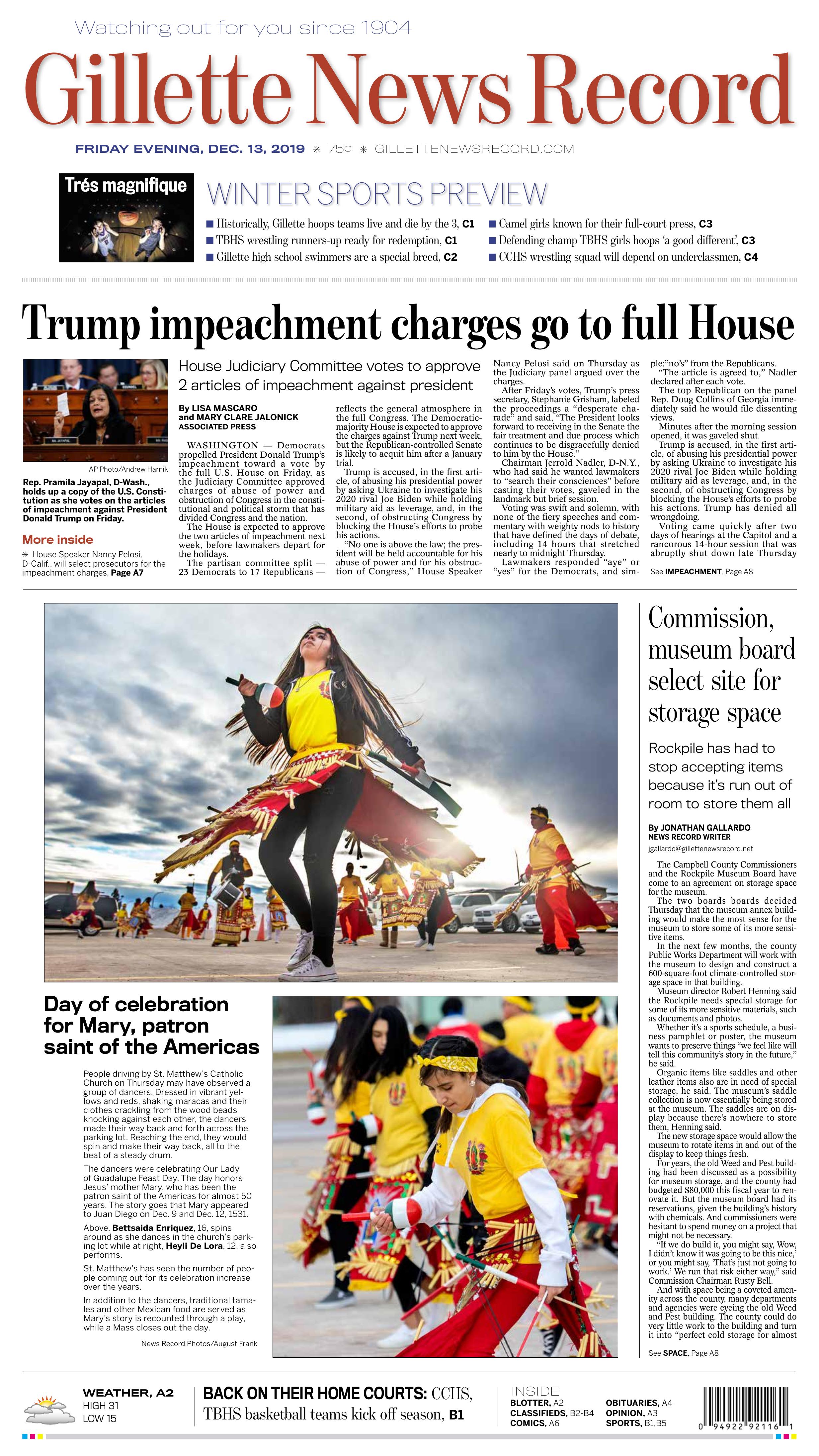