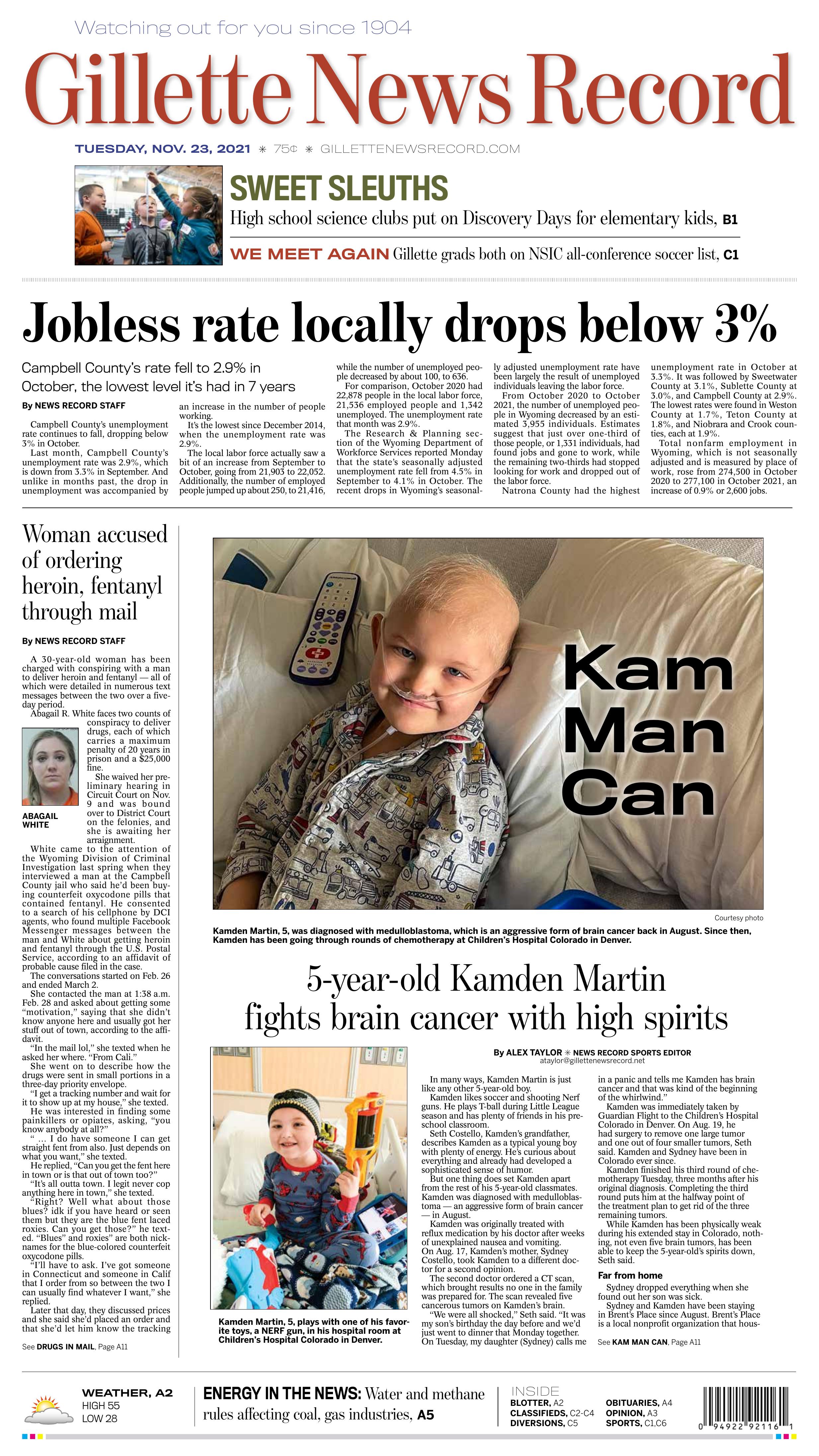 Last month, Campbell County’s unemployment rate was 2.9%, which is down from 3.3% in September. And unlike in months past, the drop in unemployment was accompanied by an increase in the number of people working.

From October 2020 to October 2021, the number of unemployed people in Wyoming decreased by an estimated 3,955 individuals. Estimates suggest that just over one-third of those people, or 1,331 individuals, had found jobs and gone to work, while the remaining two-thirds had stopped looking for work and dropped out of the labor force.

Natrona County had the highest unemployment rate in October at 3.3%. It was followed by Sweetwater County at 3.1%, Sublette County at 3.0%, and Campbell County at 2.9%. The lowest rates were found in Weston County at 1.7%, Teton County at 1.8%, and Niobrara and Crook counties, each at 1.9%.

In many ways, Kamden Martin is just like any other 5-year-old boy.

Kamden likes soccer and shooting Nerf guns. He plays T-ball during Little League season and has plenty of friends in his preschool classroom. 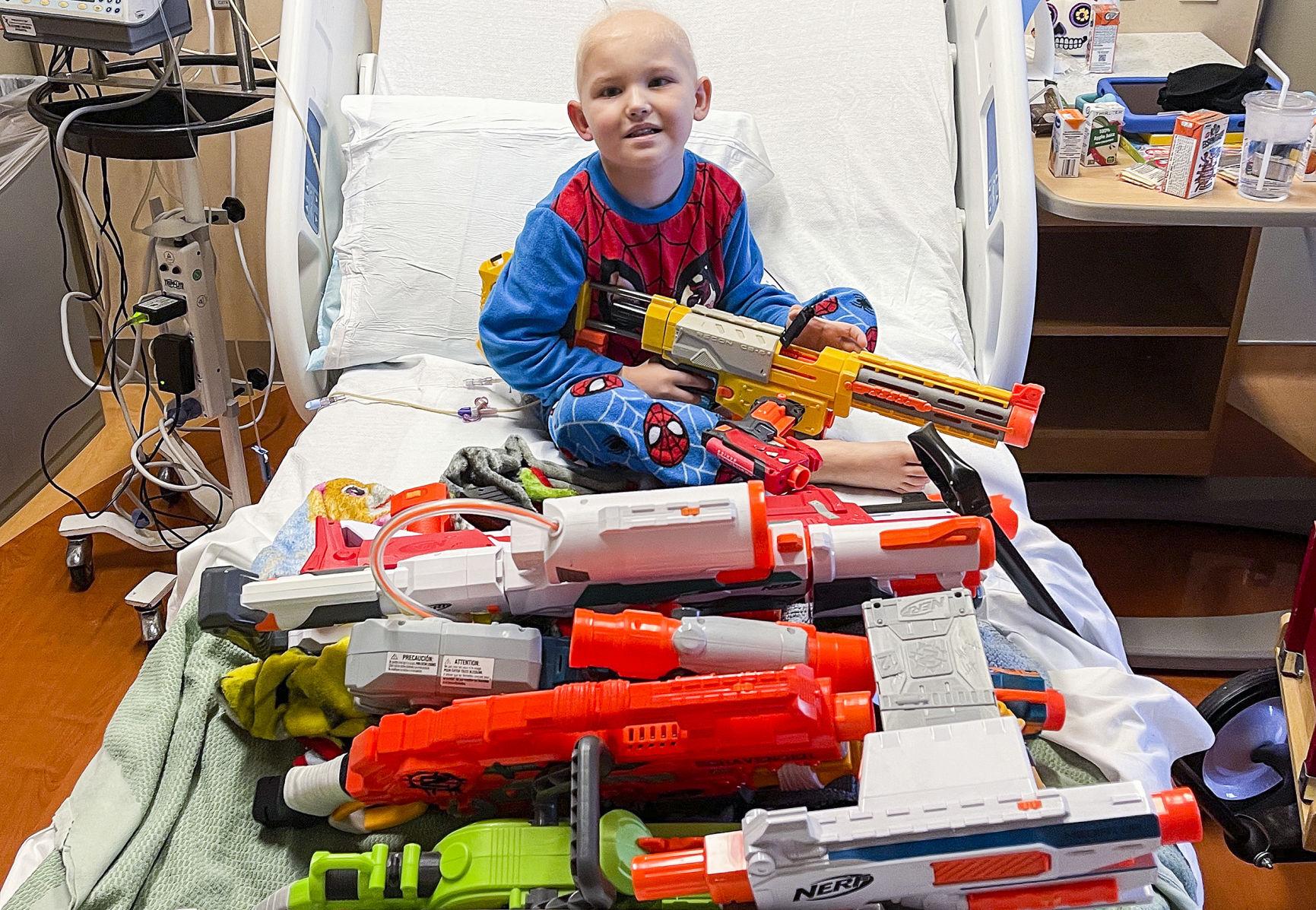 Seth Costello, Kamden’s grandfather, describes Kamden as a typical young boy with plenty of energy. He’s curious about everything and already had developed a sophisticated sense of humor.

But one thing does set Kamden apart from the rest of his 5-year-old classmates. Kamden was diagnosed with medulloblastoma — an aggressive form of brain cancer — in August.

Kamden was originally treated with reflux medication by his doctor after weeks of unexplained nausea and vomiting. On Aug. 17, Kamden’s mother, Sydney Costello, took Kamden to a different doctor for a second opinion.

The second doctor ordered a CT scan, which brought results no one in the family was prepared for. The scan revealed five cancerous tumors on Kamden’s brain. 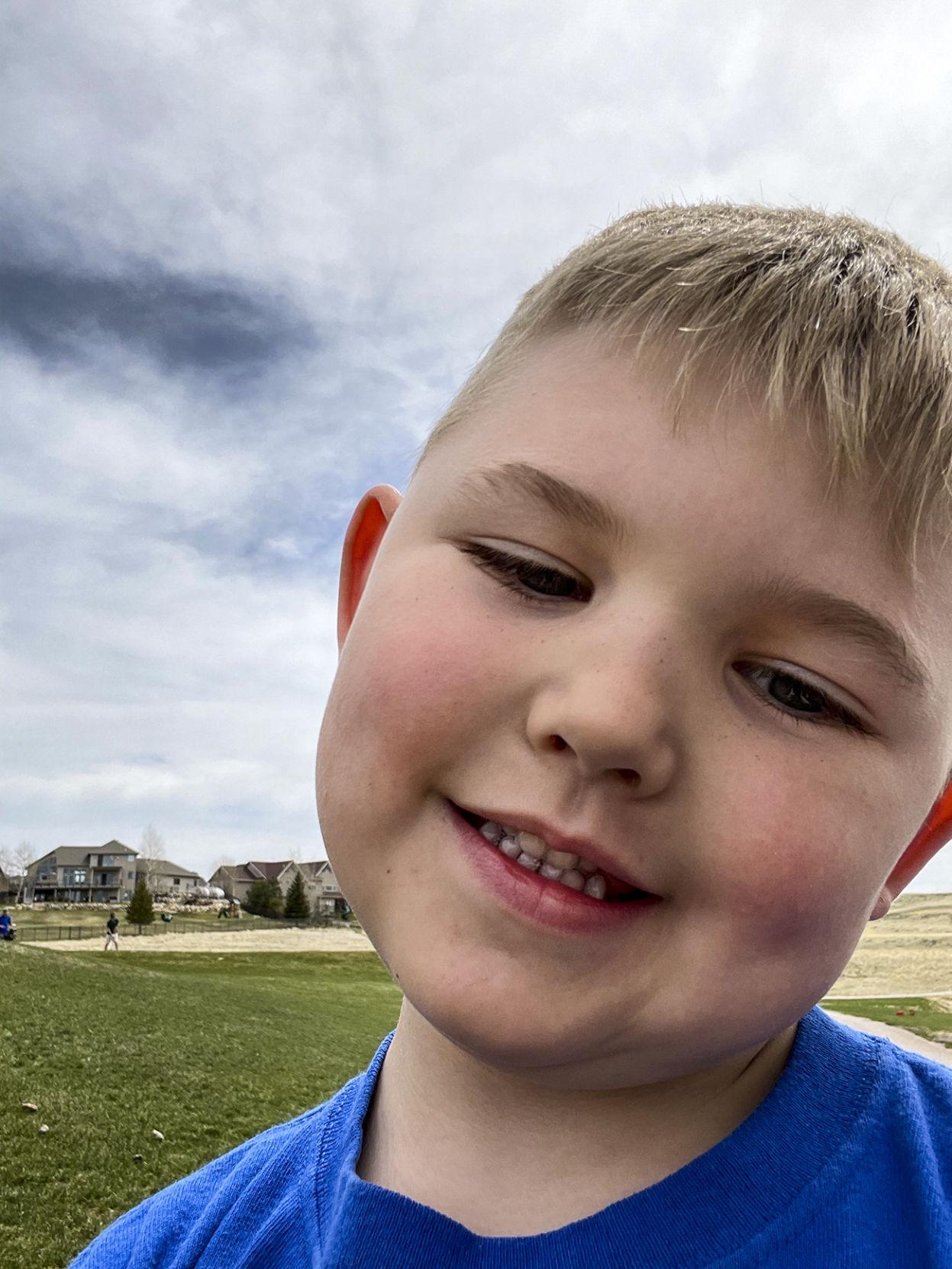 Kamden Martin, 5, was diagnosed with brain cancer back in August. Since then, Kamden has been going through rounds of chemotherapy at Children's Hospital Colorado in Denver.

“We were all shocked,” Seth said. “It was my son’s birthday the day before and we’d just went to dinner that Monday together. On Tuesday, my daughter (Sydney) calls me in a panic and tells me Kamden has brain cancer and that was kind of the beginning of the whirlwind.”

Kamden was immediately taken by Guardian Flight to the Children’s Hospital Colorado in Denver. On Aug. 19, he had surgery to remove one large tumor and one out of four smaller tumors, Seth said. Kamden and Sydney have been in Colorado ever since.

Kamden finished his third round of chemotherapy Tuesday, three months after his original diagnosis. Completing the third round puts him at the halfway point of the treatment plan to get rid of the three remaining tumors. 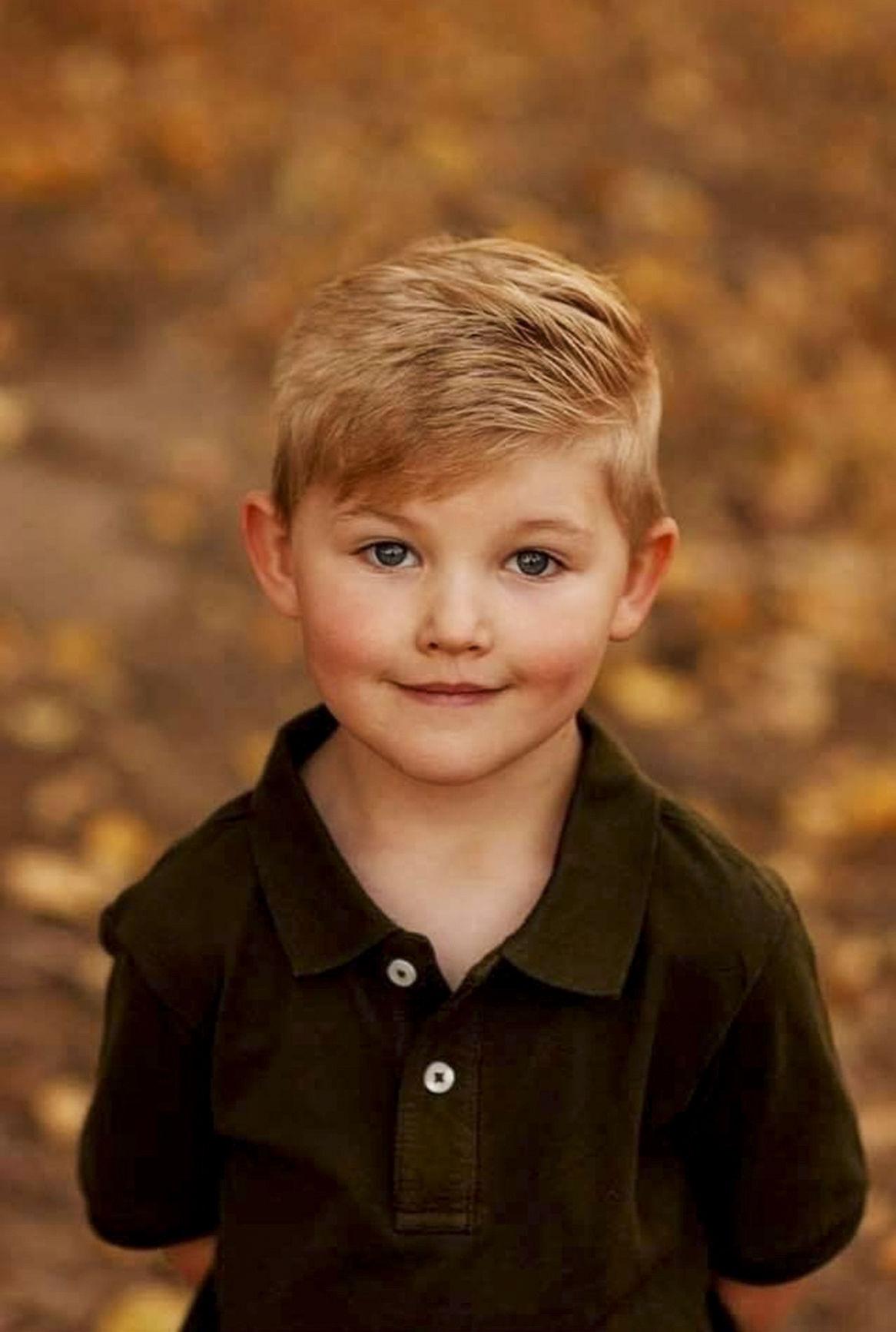 While Kamden has been physically weak during his extended stay in Colorado, nothing, not even five brain tumors, has been able to keep the 5-year-old’s spirits down, Seth said.

Sydney dropped everything when she found out her son was sick.

Sydney and Kamden have been staying in Brent’s Place since August. Brent’s Place is a local nonprofit organization that houses children and their families who are fighting life-threatening illnesses.

Sydney still has her apartment in Gillette, but for now, Brent’s Place is home.

Having cancer takes out any possibility of having a normal schedule, Seth said. When Kamden is in the hospital, he constantly has doctors coming in and out of his room. When he’s out of the hospital, Sydney is usually worrying about whether she should take him back to the hospital.

That’s been the case since the chemotherapy started, Seth said. Kamden will be discharged for a day or two but will have to return to the hospital because of a high fever. 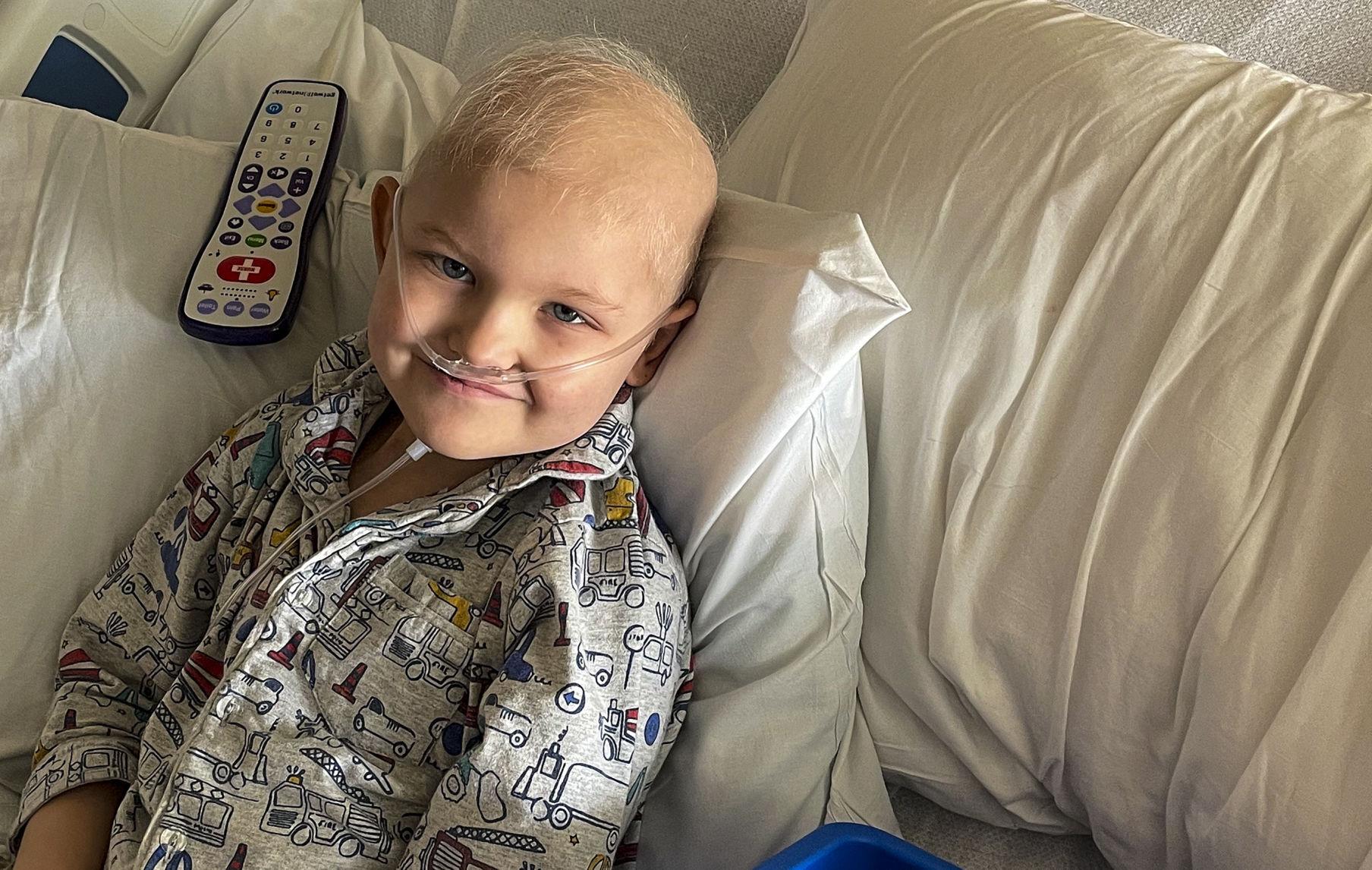 Kamden Martin, 5, was diagnosed with medulloblastoma, which is an aggressive form of brain cancer back in August. Since then, Kamden has been going through rounds of chemotherapy at Children’s Hospital Colorado in Denver.

“Everything is always up in the air because it changes constantly,” Seth said. “It’s just really hard to keep a solid schedule.”

Kamden was discharged from the hospital again Wednesday evening. The tentative schedule now is to have him visit the clinic a handful of times for checkups before he starts his fourth round of chemotherapy.

The goal is to allow Kamden and his family to spend Thanksgiving away from a hospital bed. He will start high-dose chemotherapy Dec. 6.

“If we can get through Thanksgiving, that would be great for everybody,” Seth said. “For him and for the family.”

If all goes as planned, the chemotherapy will treat the three remaining brain tumors and Kamden will be able to return to Gillette with his family just in time for Little League season. 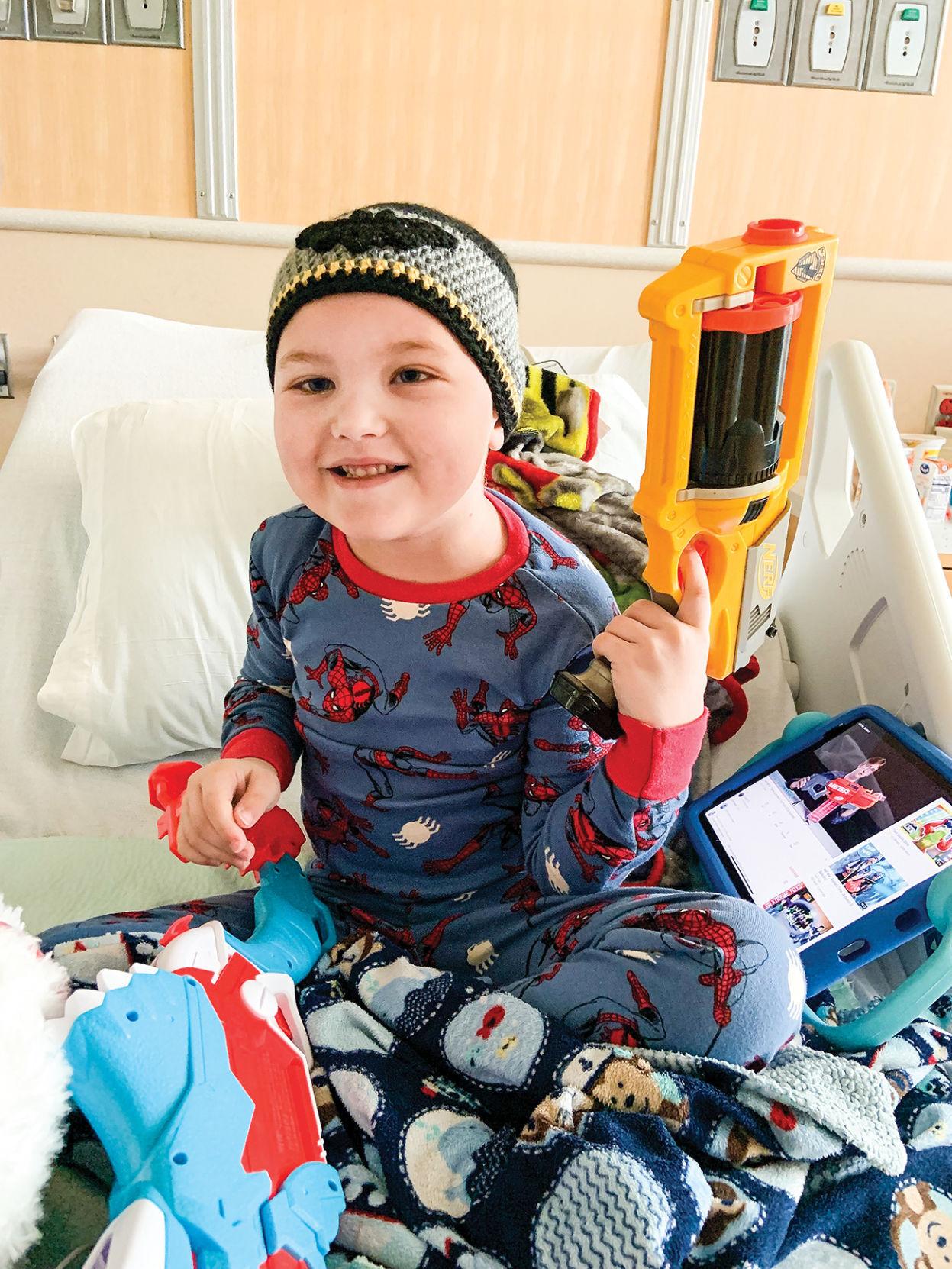 Kamden Martin, 5, plays with one of his favorite toys, a NERF gun, in his hospital room at Children’s Hospital Colorado in Denver.

“He’s a trooper, man,” Seth said. “Even when he’s sick, he says he’s good, even when you can tell he’s not. He’s been doing really good.

To go along with the GoFundMe page, donations for Kamden were collected at the Rising Stars MMA Tournament at Cam-plex earlier this month. Halfway through the 10-bout fight card, the event organizer from the The Fusion Fight League called a break in the action and invited Sydney onto the stage.

In front of a few hundred fans, Sydney and her friend, Jerrica Johnson, were given the microphone to tell Kamden’s story. The Wyoming Center went quiet as Jerrica told the details of Kamden’s fight for his life.

The response was immediate. The Wyoming Mustangs professional indoor football team started it by donating $2,000 to Kamden’s family. Dozens of local businesses followed suit and, by the end of the night, Sydney walked away with more than $6,000. 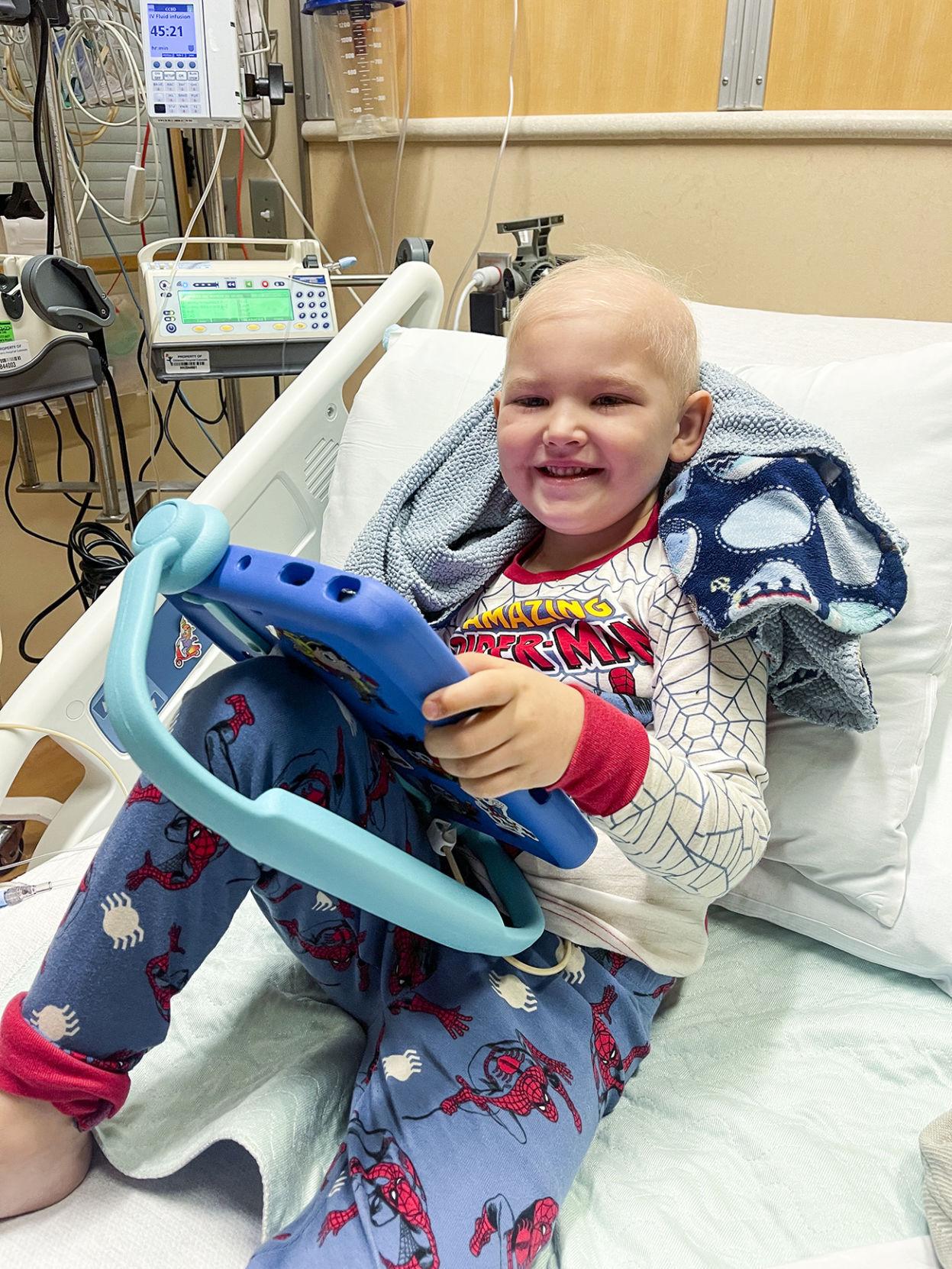 Kamden Martin, 5, was diagnosed with medulloblastoma, which is an aggressive form of brain cancer back in August. Since then, Kamden has been going through rounds of chemotherapy at Children's Hospital Colorado in Denver.

“It’s been unbelievable,” Seth said. “Gillette and Campbell County and the surrounding areas have always stepped up when something like this happens to one of their own. It’s just been amazing.”

Dealing with an unexpected cancer diagnosis for his 5-year-old grandson has taught Seth many lessons over the last three months. The most important one is to keep living life no matter what it throws at you.

Now at the halfway point in his chemotherapy treatment, Kamden passes the time with daydreams of soccer fields and T-ball practices. He spends time with his mom and grandpa and doesn’t ask many questions.

At 5 years old, Kamden is already in the fight of his life. But with his family and the Gillette community behind him, the plan continues to stay the same as it was three months ago.

The plan is to keep on fighting.

To donate to Kamden and his family, visit GoFundMe.com. 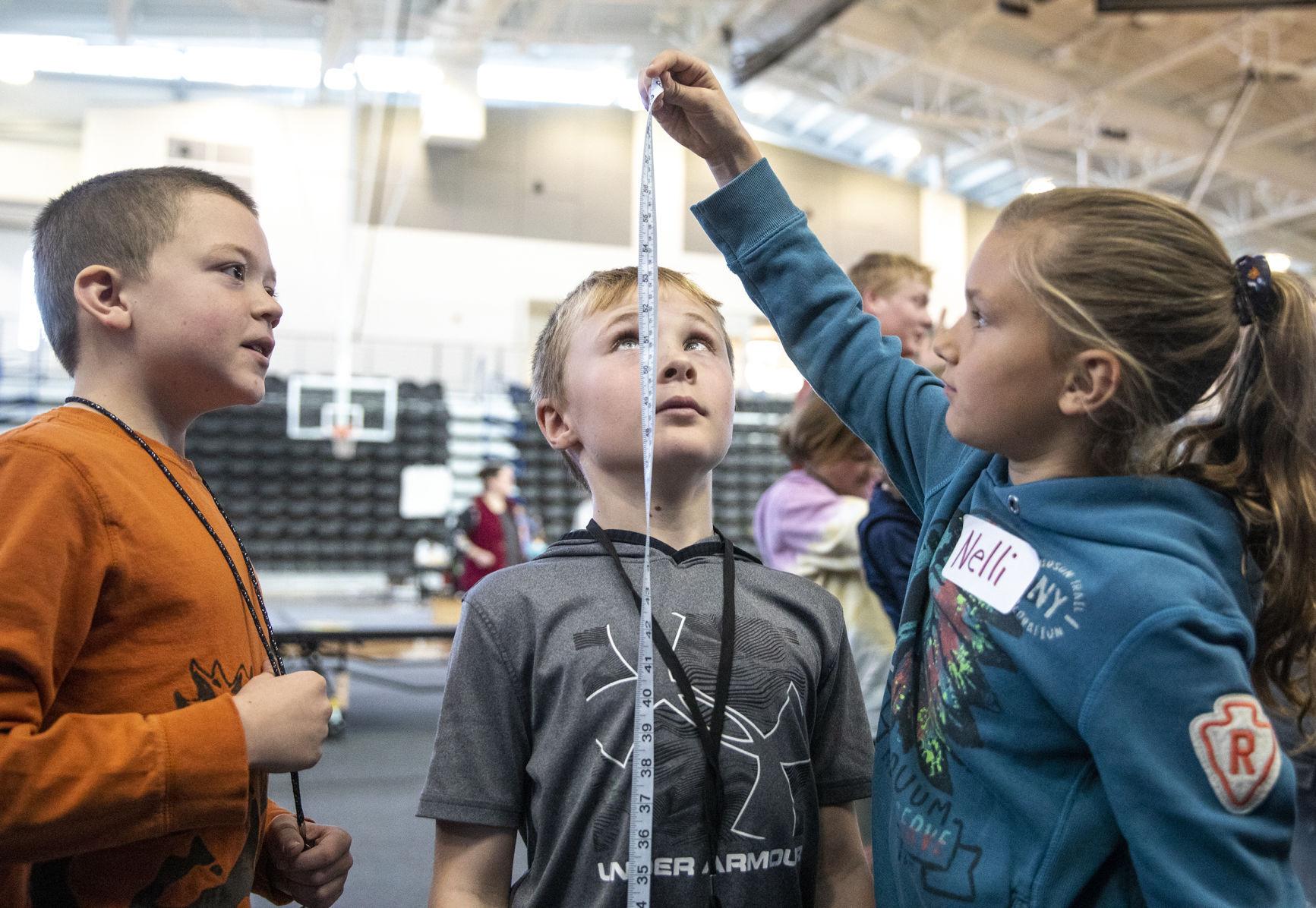 Bridger Barker, center, keeps a very attentive eye to Nelli Jukkala, far right, as she measures his height while Chad Johnson looks on during Discovery Days at the Pronghorn Center Thursday morning.

Local
Woman accused of getting heroin, fentanyl through mail

A 30-year-old woman has been charged with conspiring with a man to deliver heroin and fentanyl — all of which were detailed in numerous text messages between the two over a five-day period.

Abagail R. White faces two counts of conspiracy to deliver drugs, each of which carries a maximum penalty of 20 years in prison and a $25,000 fine.

She waived her preliminary hearing in Circuit Court on Nov. 9 and was bound over to District Court on the felonies, and she is awaiting her arraignment.

White came to the attention of the Wyoming Division of Criminal Investigation last spring when they interviewed a man at the Campbell County jail who said he’d been buying counterfeit oxycodone pills that contained fentanyl. He consented to a search of his cellphone by DCI agents, who found multiple Facebook Messenger messages between the man and White about getting heroin and fentanyl through the U.S. Postal Service, according to an affidavit of probable cause filed in the case.

The conversations started on Feb. 26 and ended March 2.

She contacted the man at 1:38 a.m. Feb. 28 and asked about getting some “motivation,” saying that she didn’t know anyone here and usually got her stuff out of town, according to the affidavit.

“In the mail lol,” she texted when he asked her where. “From Cali.”

She went on to describe how the drugs were sent in small portions in a three-day priority envelope.

“I get a tracking number and wait for it to show up at my house,” she texted.

He was interested in finding some painkillers or opiates, asking, “you know anybody at all?”

“ … I do have someone I can get straight fent from also. Just depends on what you want,” she texted.

He replied, “Can you get the fent here in town or is that out of town too?”

“It’s all outta town. I legit never cop anything here in town,” she texted.

“Right? Well what about those blues? idk if you have heard or seen them but they are the blue fent laced roxies. Can you get those?” he texted. “Blues” and roxies” are both nicknames for the blue-colored counterfeit oxycodone pills.

“I’ll have to ask. I’ve got someone in Connecticut and someone in Calif that I order from so between the two I can usually find whatever I want,” she replied.

Later that day, they discussed prices and she said she’d placed an order and that she’d let him know the tracking number so he would know when it was to be delivered.

Two days later, she sent him the tracking number, sending another text a few minutes later telling him, “Ok, I’m also putting in an order for some tar, xans and some coke so if you’re interested in any of that I can get it.”

“Hell ya I am,” he replied and they again discussed prices and a few other details, according to the affidavit.

Two days later, he was in the Campbell County jail for unspecified reasons, and after the interview, DCI agents notified the USPS of the tracking number that White had supplied for the package coming from California. That package along with another one from the same address and sent to White’s same address were placed on hold, and the DCI agents got a search warrant. Inside the second package was 2 grams of heroin.

On March 11, White arrived at the post office to pick it up and was stopped by agents afterward in the parking lot.

In an interview, White admitted to receiving drugs through the postal service since November 2020, including heroin, fentanyl and cocaine using a Facebook group, which introduced her to sources of supply for several controlled substances, according to the affidavit.

She said the fentanyl she had bought was specifically for the man she had been texting but said the heroin wasn’t for him.

On March 18, DCI agents opened the parcel whose tracking number she had given to her friend. Inside the envelope was a birthday card with a small plastic bag of white powdery substance.

Since it was suspected of being pure fentanyl and a danger to agents, it wasn’t tested, but sent to the state Crime Lab. It weighed about 0.5 grams, according to court documents.

Click and hold your mouse button on the page to select the area you wish to save or print. You can click and drag the clipping box to move it or click and drag in the bottom right corner to resize it. When you're happy with your selection, click the checkmark icon next to the clipping area to continue.