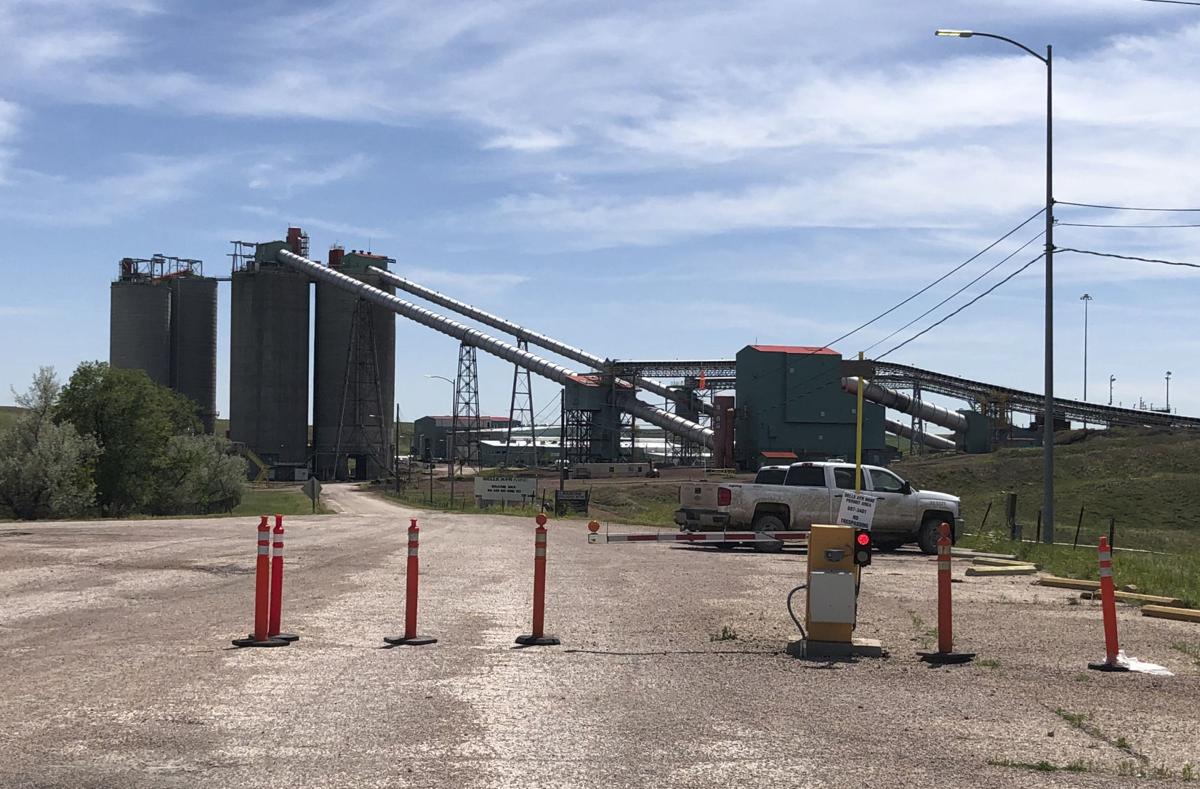 The entrance to the Belle Ayr mine in southern Campbell County is partially blocked as it enters the fourth week of a company-wide lockout that has affected dozens of Blackjewel LLC mines and about 1,700 employees in Wyoming, Kentucky, Virginia and West Virginia. 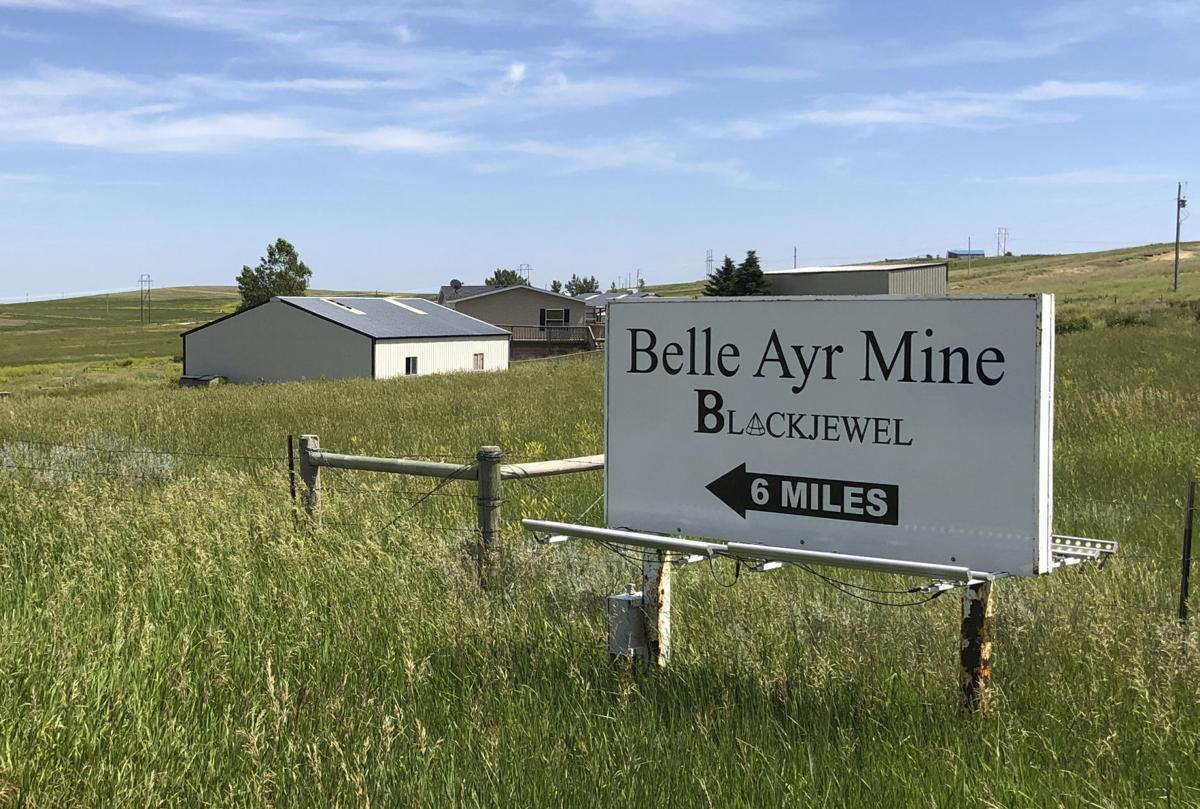 The entrance to the Belle Ayr mine in southern Campbell County is partially blocked as it enters the fourth week of a company-wide lockout that has affected dozens of Blackjewel LLC mines and about 1,700 employees in Wyoming, Kentucky, Virginia and West Virginia.

In a span of less than 36 hours, hundreds of former Wyoming Blackjewel LLC coal miners have gone from wondering if the Eagle Butte and Belle Ayr mines would ever reopen to wondering who they may be working for when they reopen.

Two companies have made offers to buy the mines after six weeks of near silence of what appeared to be stalled negotiations between the federal government and Contura Energy Inc., which bought the mines as the only bidder at Blackjewel’s bankruptcy auction.

Contura announced Wednesday it has an agreement with FM Coal that would pay the Alabama-based company $90 million to take over the mines and the $237 million worth of reclamation obligations that goes with them. Contura also agreed to pay Campbell County $13.5 million of the $15.1 million it owes in unpaid production taxes along with some other expenses.

FM Coal wasn’t the only suitor for Eagle Butte and Belle Ayr, the nation’s fourth- and sixth-largest coal mines.

Aspen Coal & Energy LLC and its CEO, Tom Clarke, also made a pitch for the mines. After seeing the announcement about Contura’s agreement with FM Coal, it has “sweetened the pot” with a new offer submitted Thursday, Clarke said.

Although it seems Contura and FM Coal have an agreement, Clarke said he doesn’t consider Aspen Coal out of the running to acquire the mines, especially after his company is now guaranteeing full payments to Blackjewel’s major debt holders.

Seeing Wednesday’s announcement “was disappointing,” he said in a telephone interview with the News Record. But he’s confident Aspen’s new terms will win over Contura and Blackjewel’s creditors.

“Initially, the thinking was to operate Belle Ayr full steam ahead, then reclaim Eagle Butte,” Clarke said about Aspen’s initial offer. “Now, we’re committed to operating both mines fully for the remainder of the mines’ life.”

He also said that under Aspen’s offer, not only will Campbell County recoup the full $15.1 million owed by Contura, but another $22 million owed by Blackjewel, plus interest.

Aspen also will commit to making payments to the federal government to cover $50 million in back royalties and lease payments, which were a sticking point in the negotiations with Contura.

“We’re assuming that if we’re the successful bidder, we’re trying to take care of every stakeholder and pay every penny owed, with interest,” he said. “That’s what we’re committing to.”

That includes guaranteeing Blackjewel’s senior debt holder, Riverstone Credit Partners, the full $43.2 million its owed. The Aspen Coal & Energy term sheet spells out that it’s willing to make a $10 million payment to Riverstone, then pay the rest over the next two years. Blackjewel also would get $18.5 million, less any Contura deposits, for administrative expenses.

Any deal with either FM Coal or Aspen Coal & Energy will need approval from Blackjewel’s senior debt holders and the U.S. Bankruptcy Court.

Most importantly, Clarke said he’s committed to making sure the Blackjewel employees who were abruptly locked out of their jobs without any notice or severance “are completely made whole.”

That includes paying any back wages still owed for time worked before Blackjewel filed for bankruptcy and making up payments the company failed to make to their 401(k) and health savings accounts.

He also had some strong words for Blackjewel and its former CEO and president, Jeff Hoops Sr., who was forced out of his job early on in the bankruptcy process by the company’s senior creditors.

“For Hoops, operating these mines was absolutely a grab-bag for money,” Clarke said, adding that the position employees were put in “is unexcusable.”

More than 10 weeks of unemployment and the overall bankruptcy process has left many of Blackjewel’s nearly 600 former Wyoming coal miners at bit jaded.

Over the past 82 days, they’ve been teased several times about possibly being recalled, are still owed back wages and other payments to their 401(k) and health savings accounts that were never made and had their health insurance terminated.

The news about FM Coal possibly taking over and operating the mines, and now Aspen’s new push, has many former Blackjewel workers wondering if they were to return to work, what kind of company they’d be working for.

“I expect the employees to be jaded,” Clarke said, adding that he wants Aspen Coal & Energy to be a good company to work for. “You can’t do that with words, though, you have to do it with actions.”

Because of the “inexcusable” way they’ve been treated throughout the Blackjewel bankruptcy process so far, he said he expects many won’t be willing to return to their jobs.

“If you tried to rehire people today, you may get 40% back,” Clarke said. After six months or so of proving itself, he’s confident “we could then, through reputation, get another 40%.”

He also said that if Aspen proves to win out and own the mines, it will be operated from Gillette.

“We’re going to live in Gillette,” he said. “We can’t be managing this from afar. We want to be good citizens and neighbors.”

That would start with meeting with former Blackjewel employees. Clarke has set an Oct. 11 deadline to close a deal, and said that if Aspen’s the final choice, “then the next day we’ll (be in Gillette) and have a meeting to inform everyone.”

What’s in it for Contura?

Whether FM Coal or Aspen eventually end up owning and operating the Eagle Butte and Belle Ayr mines, the eventual result would be the same for Contura Energy — out of the Powder River Basin for good.

Contura was formed by Alpha Natural Resource creditors who bought the mines in 2015 during Alpha’s Chapter 11 bankruptcy reorganization. It operated the mines for a couple of years before transferring them to Blackjewel LLC in December 2017. No money changed hands because Blackjewel agreed to assume Contura’s debt as payment.

While Blackjewel eventually obtained a permit to mine coal in Wyoming, it never was successful in assuming nearly $250 million in reclamation obligations, which remained with Contura. Now that Blackjewel also is in bankruptcy, Contura remains responsible for reclaiming the mines.

By paying $90 million to whichever company agrees to take over the mines is essentially an attempt for Contura to wash its hands of the mines once and for all, said Rob Godby, director of the Center for Energy Economics and Public Policy at the University of Wyoming College of Business.

“What this does is make it very clear that for $100 million-plus, Contura is buying their way out of any obligation for reclamation,” he said. “Basically, this is paying the other guy to take things over.”

Even if Aspen’s new offer isn’t successful, Clarke said just making it will benefit Campbell County and former Blackjewel employees because FM Coal will likely have to sweeten its offer to match.

“I don’t know who’s going to win, but at least it’s competitive,” he said. “Even if we lose out, it still helps everyone.”

A little about Aspen Coal

Aspen also was the winning bidder for the Westmoreland coal mine, but that deal fell through when it was asked for more collateral to guarantee reclamation.

While much of the Powder River Basin’s coal industry was monitoring a U.S. Bankruptcy Court sale hearing for Blackjewel LLC’s Wyoming coal min…