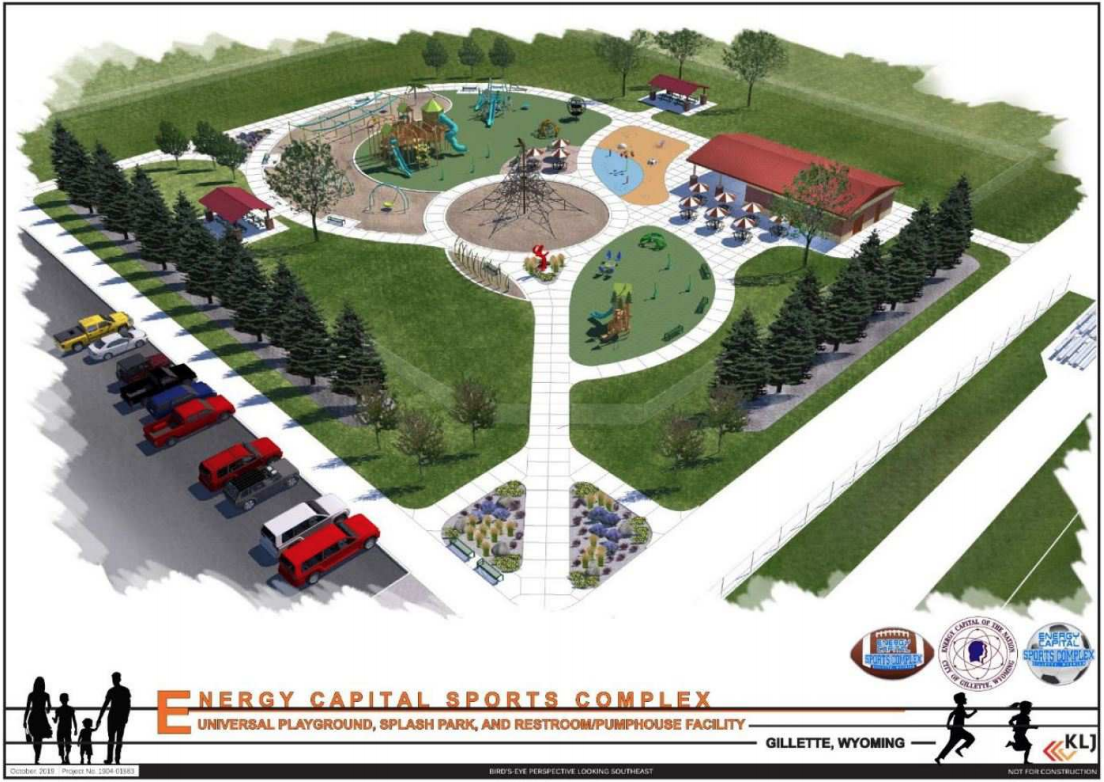 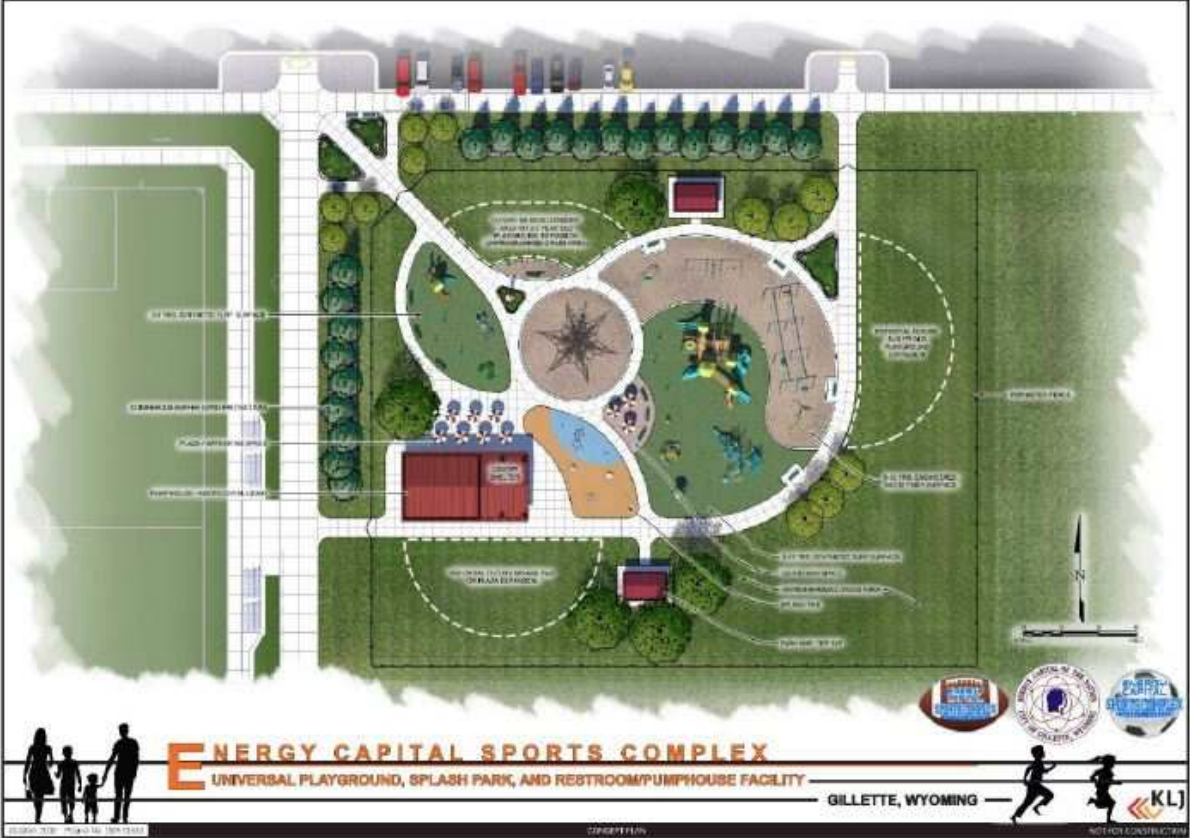 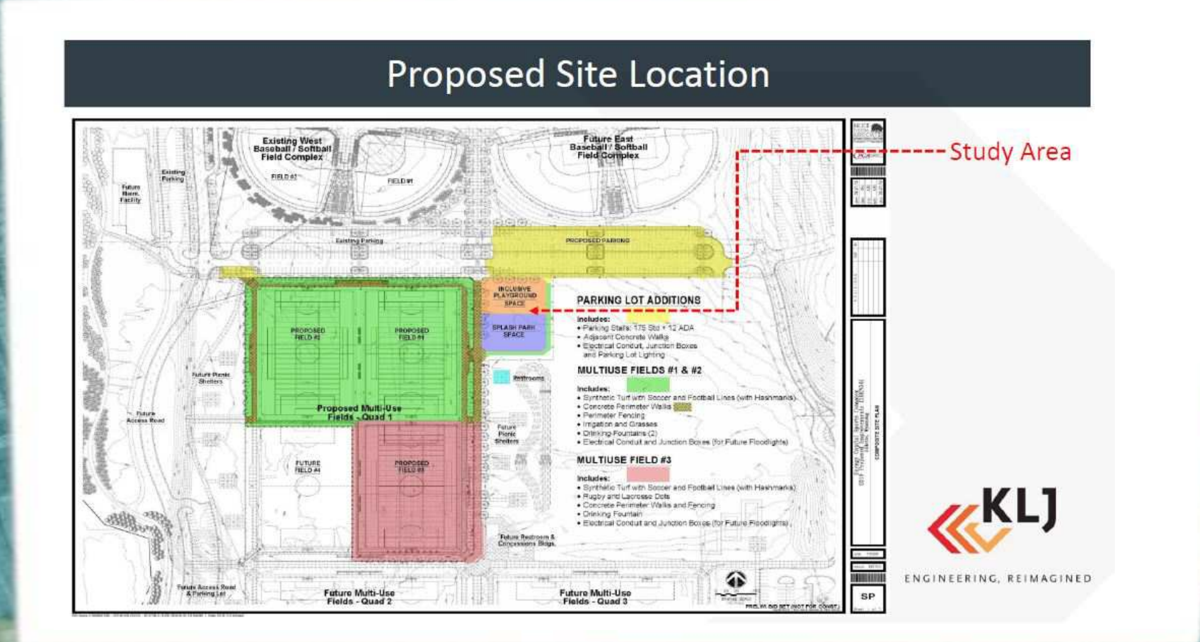 The city is making progress on its splash pad and Americans with Disabilities-compliant playground.

It is on pace to go out to bid in January for a contractor to build the pad and inclusive park at the Energy Capital Sports Complex.

On Tuesday, the City Council gave the go-ahead to submit a grant request application that would allocate up to $150,000 for the project, if the state approves it. It is to the Wyoming Parks and Cultural Resources Under the Land and Water Conservation Fund.

The city would chip in with a 50% cash match, or $75,000, that would come from the general fund. How the grant money would be used has yet to be determined, according to the city.

Only costs for the development and/or acquisition of public outdoor recreation lands and facilities are eligible for assistance under the matching grant program.

On Nov. 6, the city decided to go-ahead and start designing the splash pad and ADA-compliant playground, which are about half done.

The splash pad will be part of the playground, not a standalone area. It will be located next to one of the new fields that will be built at the complex. The playground will consist of play areas for children with and without disabilities.

The exact layout is still to be determined, but it could include swings and zip lines.

The city has been looking at different options for the park.

At an October work session, the council looked at two scenarios: A scaled-back version that would cost about $2 million or a full version to be done at one time, which would cost $3.27 million.

As of Tuesday it appears the city will attempt to do the whole thing at once, Palazzari said.

There is no projected completion date though it is possible that it can be finished around the fall of 2020.

“I hate to give a timeline,” he said. “I would hate to get people’s hopes up.”

I truly hope this will not become like our fantastic rec center. Where i bring my children to swim and get stopped by every "coastguard" on the property to check my childs life jaket to make shur thay wont float out to sea. Ridiculous can even go have fun jut bob up and down in the water. The Fairfield is rrun down now thanks to kids takeing advantage. But the memories are far more rich with out all the security gaurds .