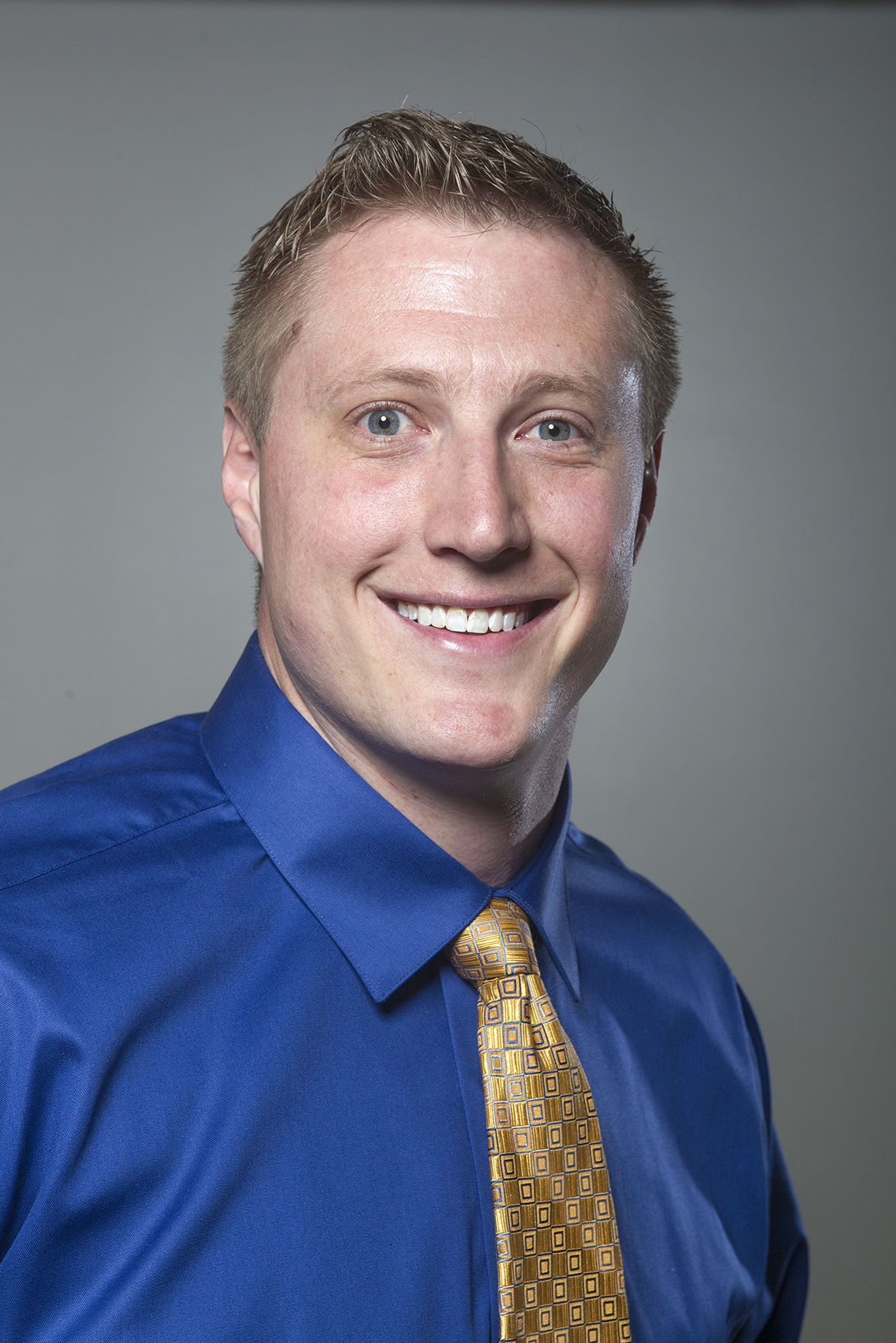 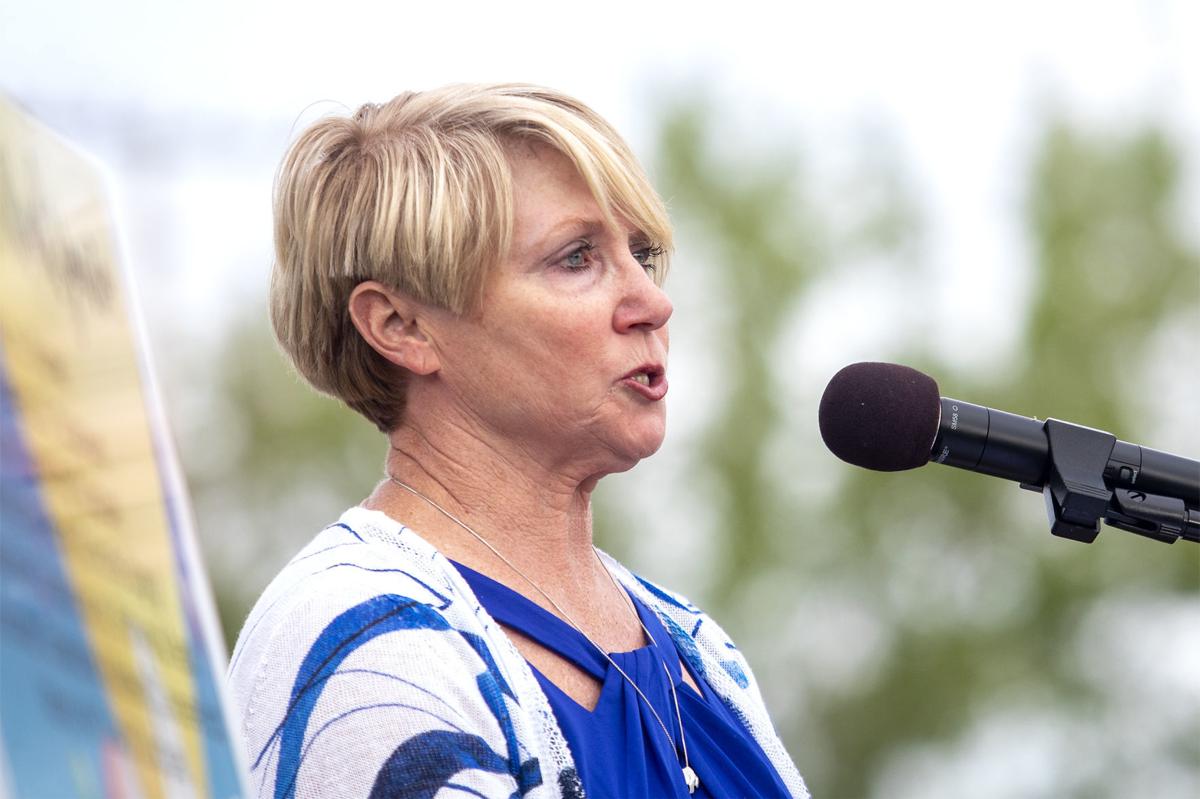 Responding to what it calls inaccuracies on local social media in response to the resignation of former Gillette city councilman Shay Lundvall, the council released a statement after meeting in executive session for more than 90 minutes Monday evening.

Specifically, the statement outlines the council and Mayor Louise Carter-King unanimously agreed to ask for Lundvall to resign after learning he had liked a handful of sexist and offensive Facebook posts.

“The City Council and staff conducted a cursory review of Mr. Lundvall’s social media activity and were appalled by the abhorrent nature of the content,” the statement says. “Until June 9, 2020, the city was unaware of Mr. Lundvall’s systematic support on social media of views regarding violence toward citizens, misogynistic views toward women, disdain for the handicapped and racial and ethnic slurs.”

The council then informed Lundvall that it “intended to publicly call for his resignation.”

He was given an option to resign on his own by June 10, Wednesday, which he did. But by Friday, the former Ward 3 councilman had reconsidered his decision.

Lundvall apologized for liking the posts in a lengthy Facebook post of his own, which has generated a political buzz the council says has been based on “misstatements.”

Lundvall said that while he admits “in hindsight” liking the posts “was both insensitive and misguided,” he also regrets resigning his Ward 3 council seat. He said his candidacy for re-election, for which he filed last month, will continue.

He said that as a councilman, “I am held to a higher standard” and that, “I strive for unity and equality and would never want to put the City in a position to jeopardize that. I sincerely apologize.”

In light of the response to Lundvall’s Friday post, the council said it felt compelled to issue Monday’s statement “for the public to understand the exact nature of his resignation.”

The statement, which was posted to the city’s Facebook page, was accompanied by screenshots of four posts liked by Lundvall.

The four posts the City Council included as examples of what Lundvall had liked were all made by a local resident, Bob Vomhof.

In one made Feb. 10, Vomhof includes a photo of a female city worker who had become stuck in a plow vehicle clearing a bike path of snow. The post sarcastically mocks the woman about how it would be sexist of him to help her.

“I thought it was only right that I treat her just like a man in this same debacle,” his post said, “so I rolled down my window and took a mocking picture of the mess she got herself in, then I shouted ‘quit draggin ass and dig you worthless worm!’”

Another Vomhof post that Lundvall liked was made June 1 and advocates using the recent racial protests of the Black Lives Matter movement as an excuse to potentially kill others.

Vomhof posts that he has “seen several videos of law enforcement officers ran over by vehicles, beaten by gangs of mongoloids, dragged through the streets etc.”

He rhetorically asks about at what point would he be justified in using lethal force against others.

“... to what extent is legally justified?” the post says. “Essentially at what point are we legal to be lethal? I refuse to be a victim or watch other people in my community become victims.”

In another on Jan. 11, he says it’s about time women learn what it’s like to be the breadwinners in their families.

“I keep seeing girls posting whining about their boyfriends, they’re crying cause they gotta pay the bills, he doesn’t work, he doesn’t provide … blah blah blah,” it says. “You females wanted to be equal, now you are, now you know what men have been dealing with since the beginning of time.”

Within an hour of posting the City Council statement Monday evening, it had received close to 200 comments, including a lengthy one from Vomhof attacking the mayor.

The council statement has a time stamp of 8:20 p.m. on it, about 40 minutes after Monday’s executive session was adjourned at about 7:40.

The council did not have any public discussion or action after the executive session, and members declined to comment afterward. The reason given for the closed door meeting was to discuss litigation and personnel matters.

When asked if Lundvall was discussed, who as a resigned elected official isn't city personnel, Councilmen Billy Montgomery and Tim Carsrud declined to comment.

The City Council’s statement also goes into detail about how it learned of Lundvall’s actions Tuesday and gave him until Wednesday to resign. When he did, “the mayor and council accepted his resignation in writing, creating a vacancy in Ward 3.”

It wasn’t clear, however, how the mayor and council took that action on the resignation as there wasn’t an official City Council meeting scheduled or held that day.

Although Lundvall may regret stepping down from the council, he did so on his own, according to the statement.

“Mr. Lundvall’s resignation was solely his decision,” it says.

The statement also outlines a 2016 action the council took when it passed an anti-discrimination resolution.

“As leaders of our community, the council holds itself to a very high standard and cannot support Mr. Lundvall remaining a member after his abhorrent views were made public,” the statement says.

The council also said it “will move quickly to fill the vacant seat” and that it “will not comment on this matter again.”

Let's replace the current City government with Americans maybe. It looks like someone needs to teach the incumbents that Americans are allowed freedom of speech. Oh, wait. That was before George Carlin died. Is that a binding legal document they passed that said their anti-discrimination dictate applies only to anyone or anything they don't approve of?

Let’s all be honest with this situation. Liking a post is the equivalent of saying you agree with it, you endorse it, it speaks to you or it represents you. The posts in question are classless and are offensive. Freedom of speech is precious and the general population is overly sensitive but these posts are ridiculous and elected officials ARE held to a higher standard. Shay, do you really agree with the bob’s gross message. Scott Clem, we know you have been friends with Shay and bob since high school-we all went to the same high school-there was only one at the time. And fellas, that was nearly 20 years ago. If you haven’t grown or matured in 20 years, and are still finding bob’s behavior funny or “poking fun” then it’s really time to re-evaluate your life’s choices. You should know better and want to be better. Calling you constituents “low lives” is really indicative of your leadership. Be better Shay, grow up.

Campbell County officials have engaged in abuse of power by censoring American citizens who have actual American rights. If one of these guys was non-white or anything but an apparent heterosexual we wouldn't be hearing anything about the "issue" of personal taste. That makes everyone who voted for that anti-discrimination policy, and who then voted to censure a targeted individual, guilty of discrimination. Now the leadership of a man who is honest and a proven Freedom fighter has been questioned based on his use of the word "low lives", yet no mention has been made of the way the mayor summed up the content of those posts with words that do not, in fact, reflect the meaning of the posts. That seems a little biased, yes? How about Equal Treatment for all in Campbell County. Let's dream big!

Sara, describe what you mean by “freedom fighter”. Do mean someone who strives for the ability to make fun of others without having to face criticism for it? Do you mean someone who fights to be able to keep others down without being called out for it? Freedom of speech is the ability to express yourself but that doesn’t mean you won’t face repercussions for it. shay is an elected official and thus held to a higher standard per his own admission. Cmon sara. You know bobs posts were gross. Anyone who believes they were funny or representative of the kind of person they want to be recognized for is either a sad person, or pandering to the lowest common denominator. Let’s all do better and demand better from our leadership