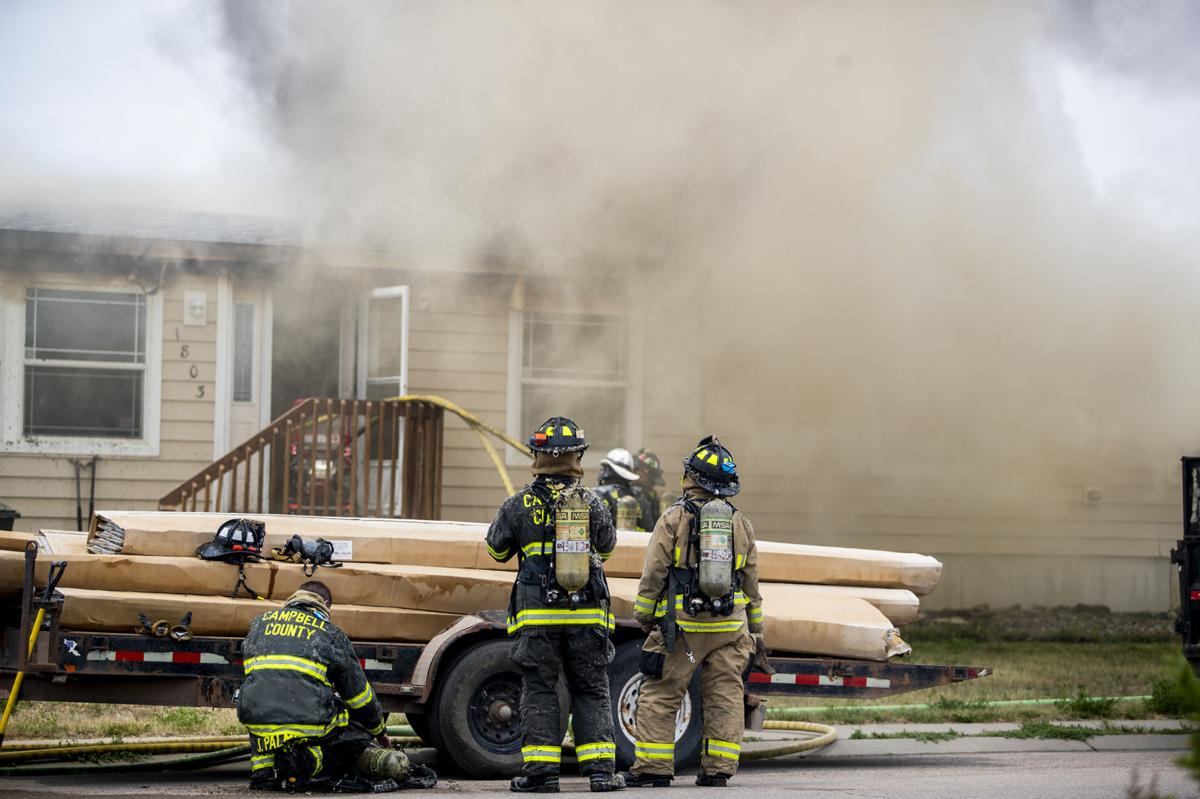 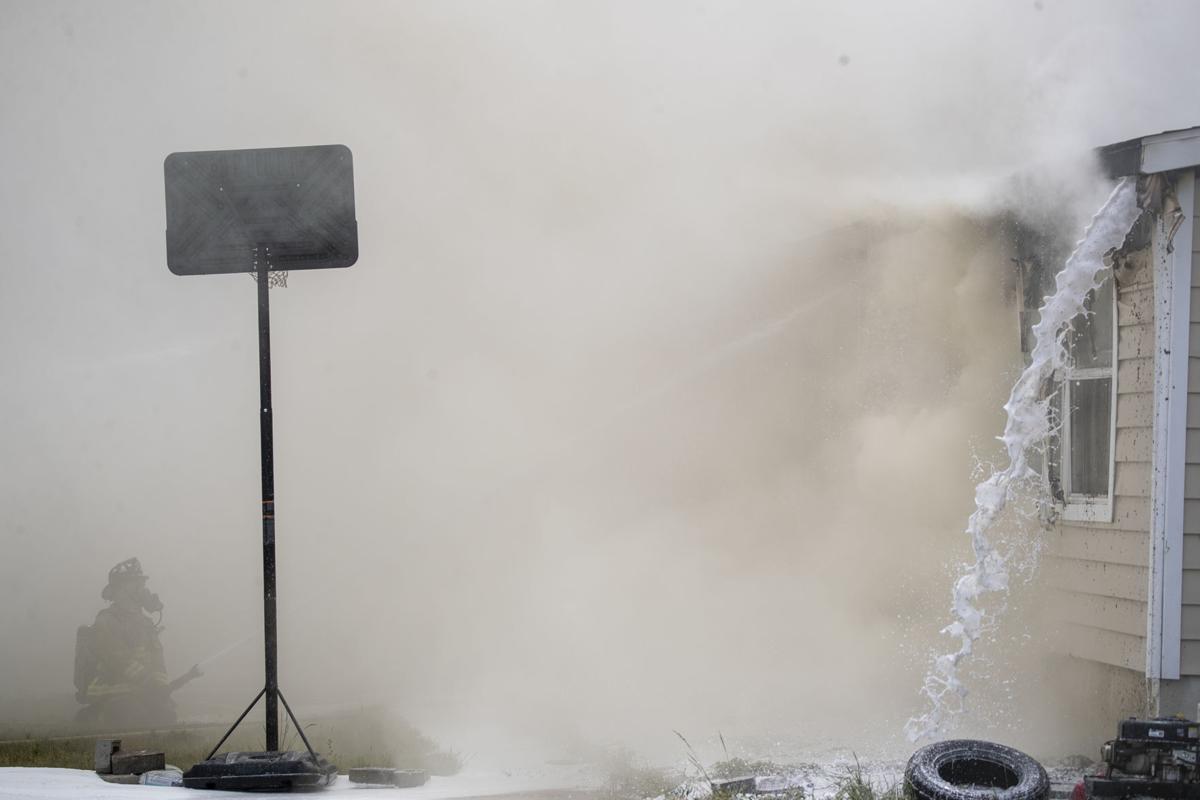 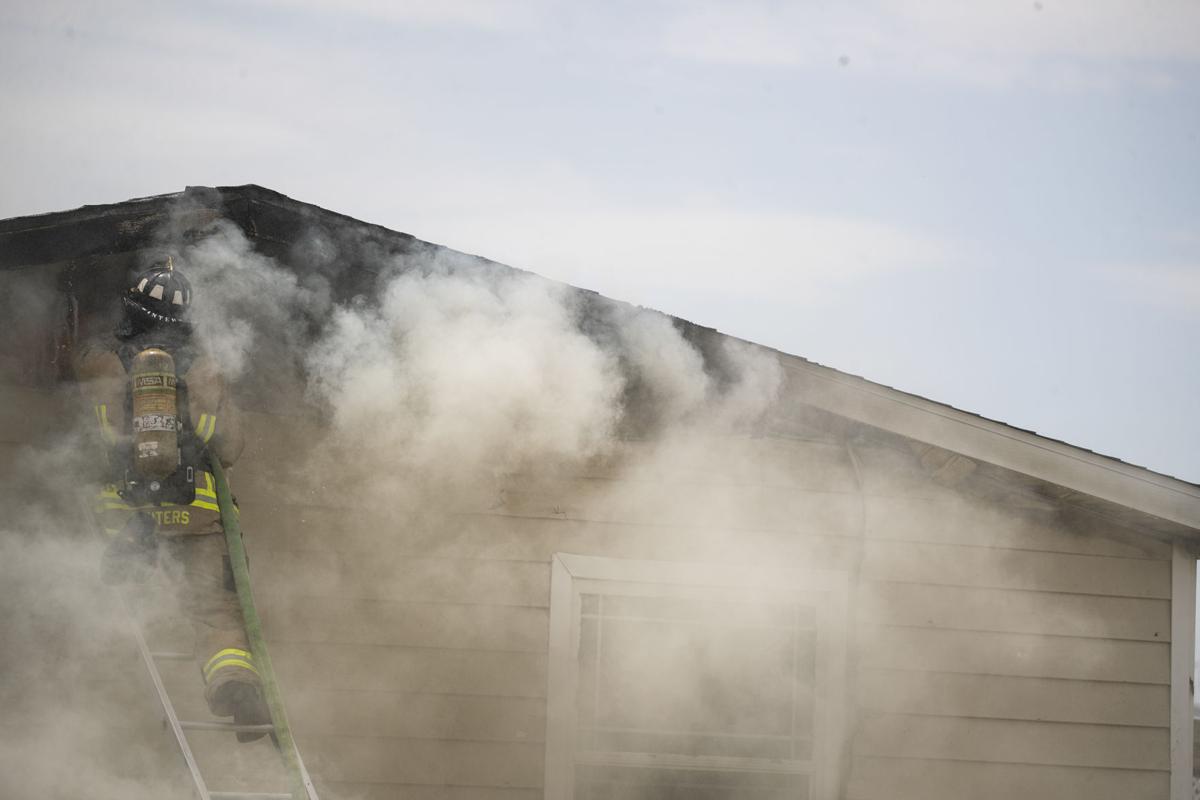 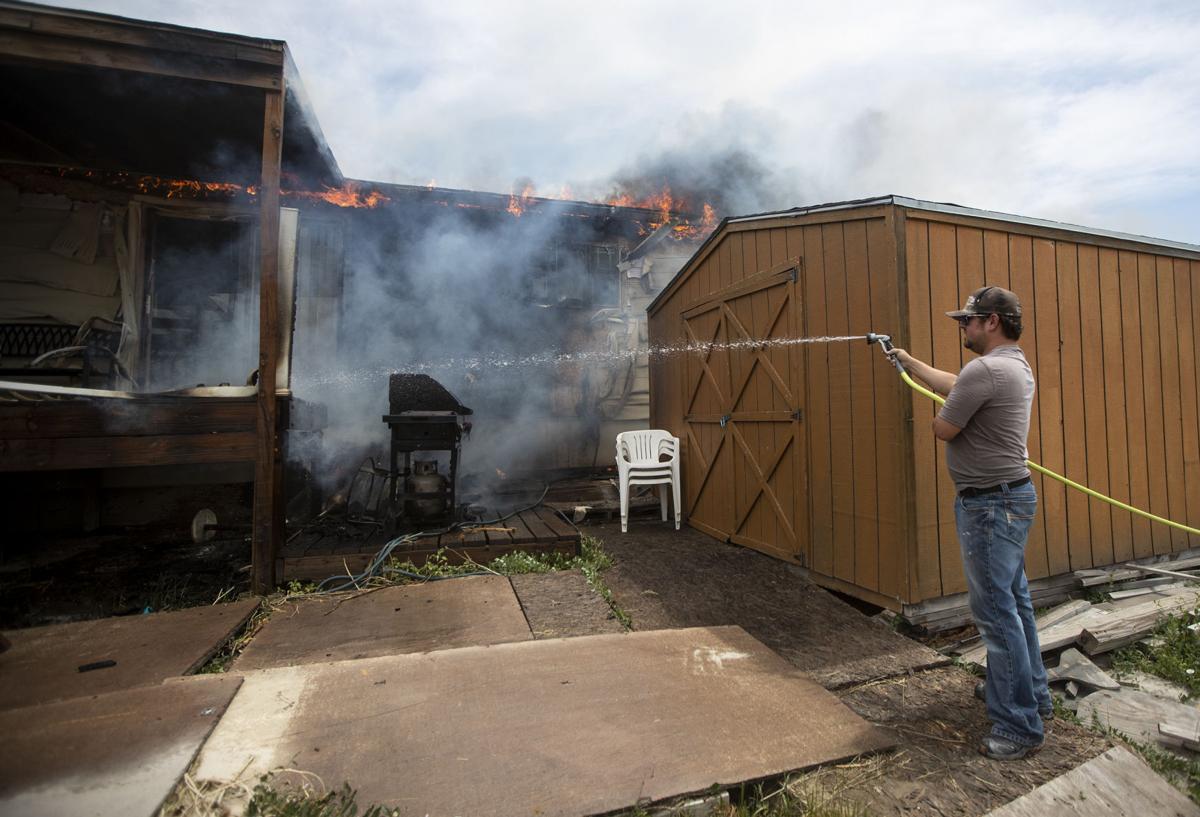 Clinton Foster uses a lawn water hose to suppress flames at the rear of a home at 1803 Plumcreek Ave. after being one of the first people on scene Wednesday afternoon. 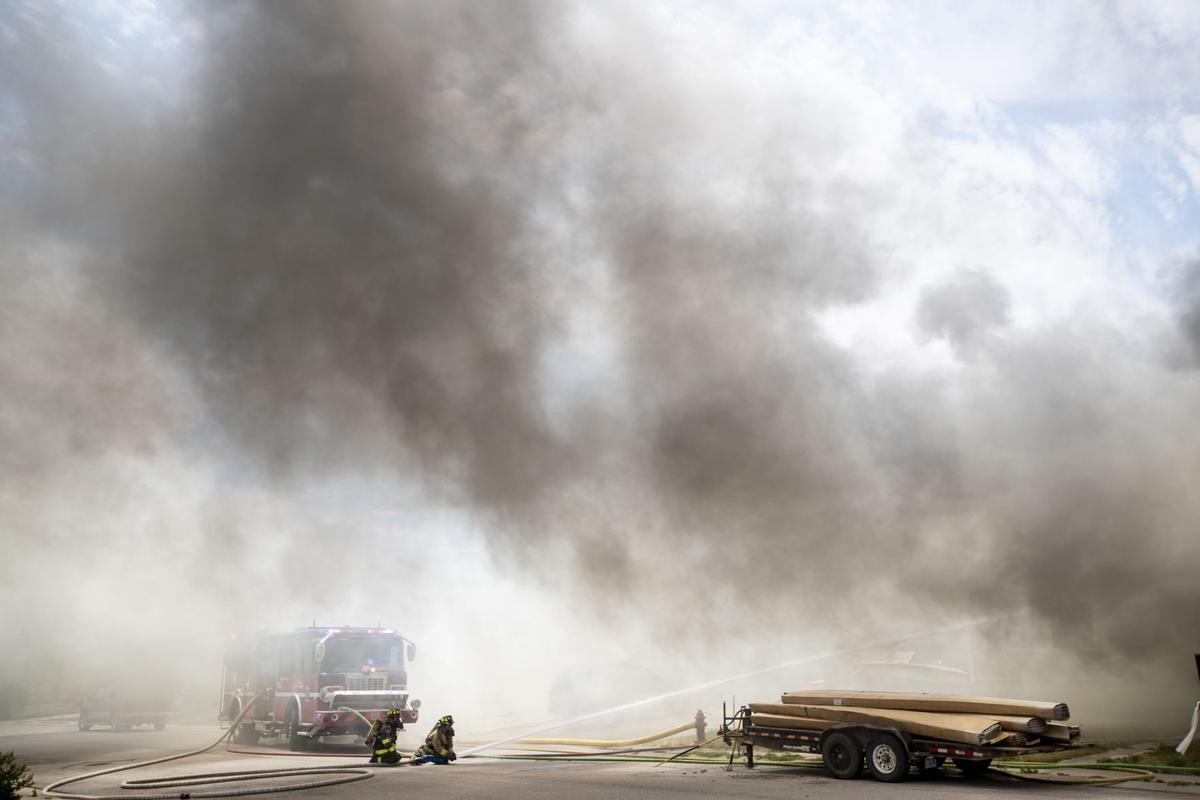 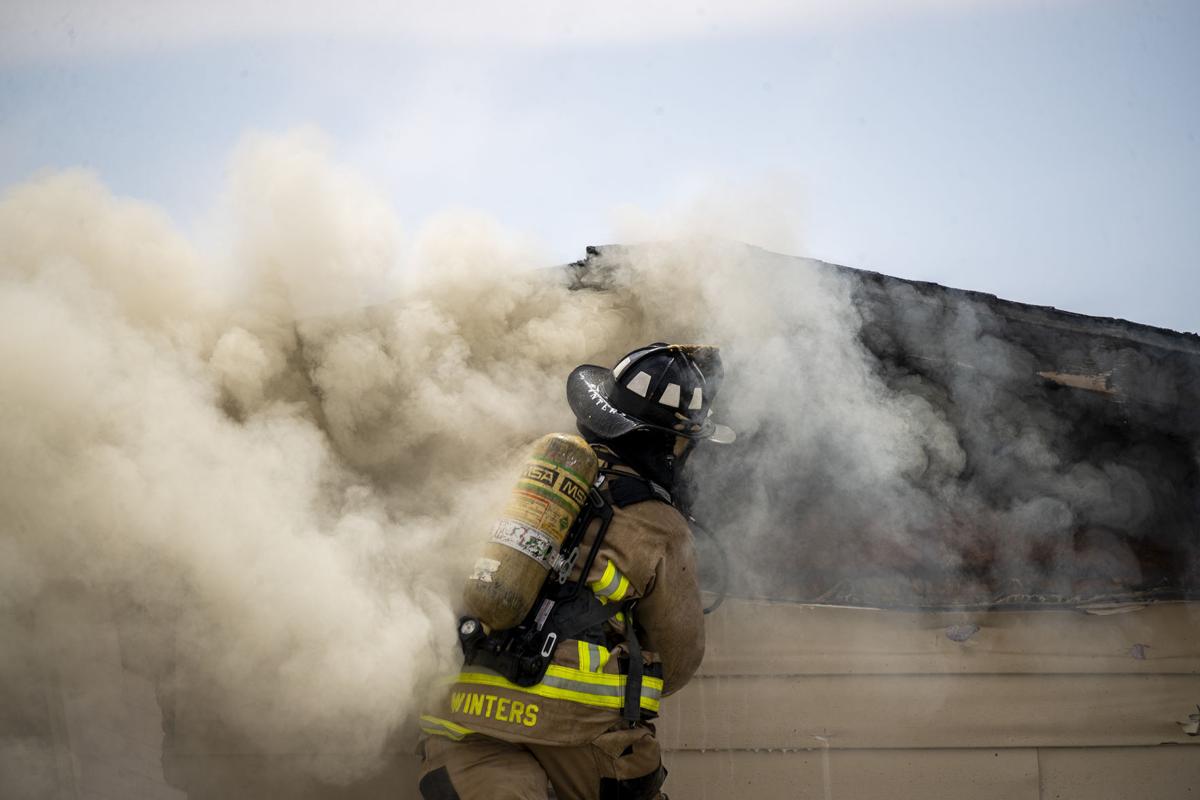 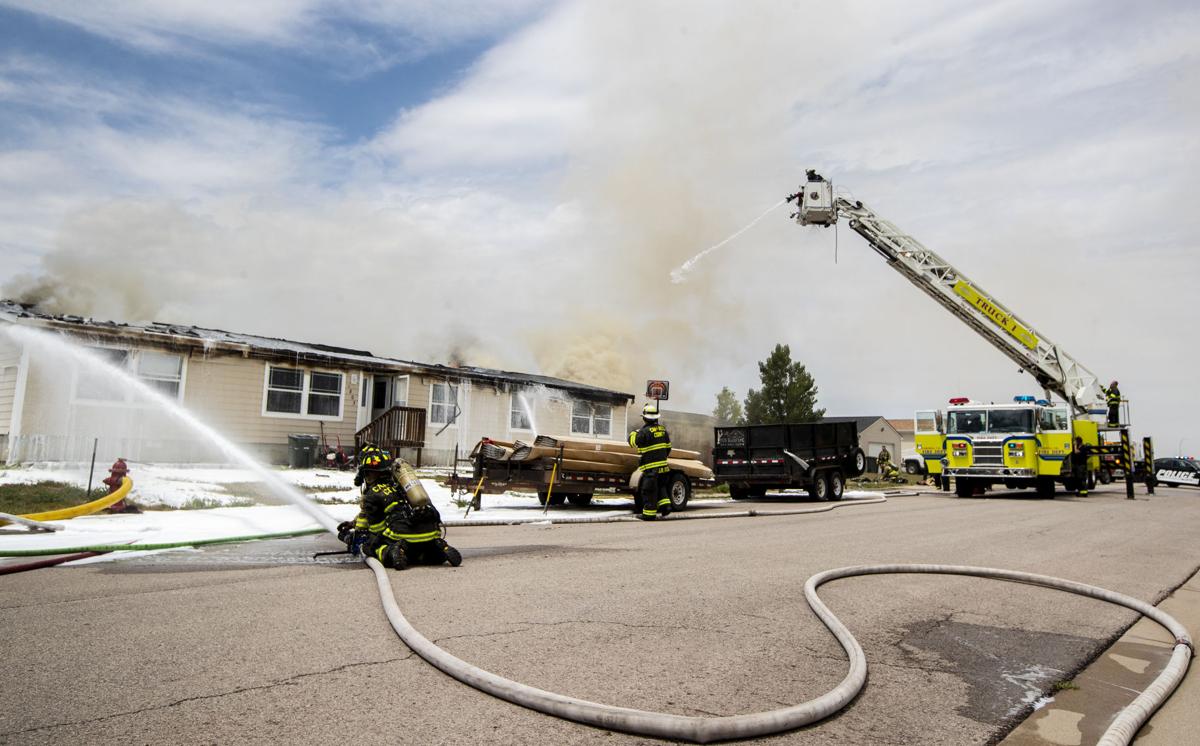 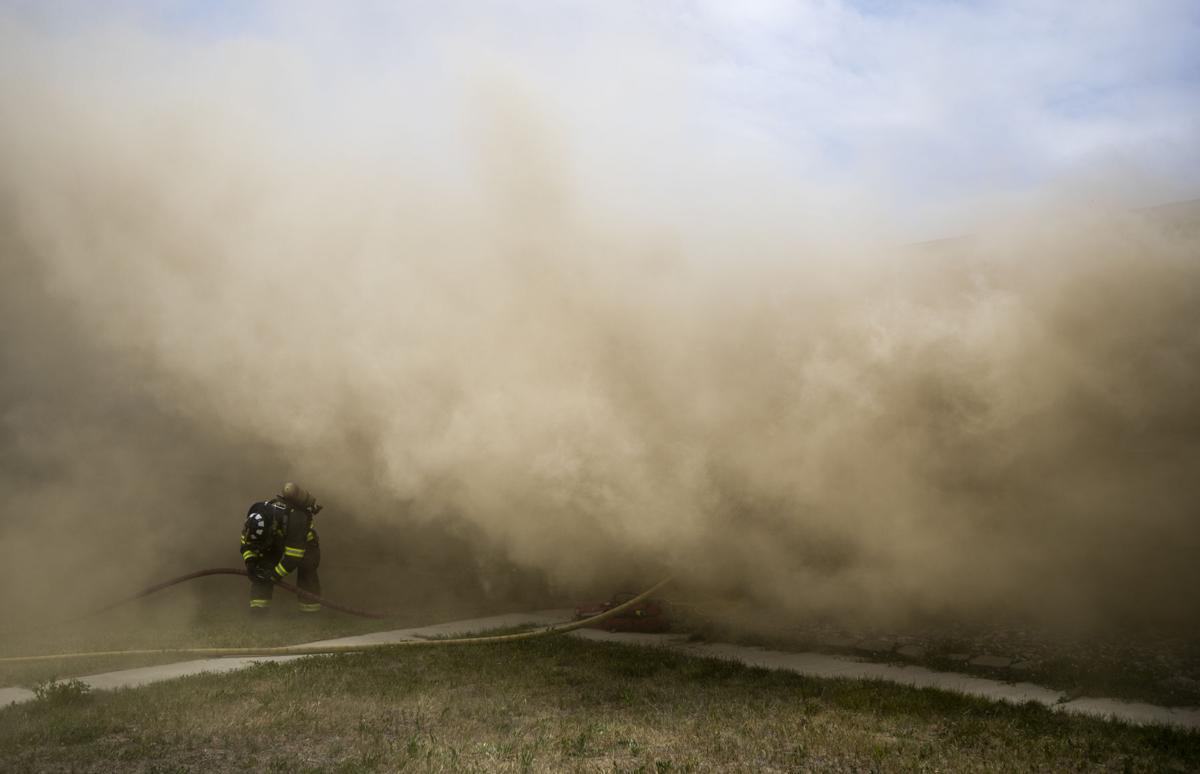 Smoke from a house fire at 1803 Plumcreek Avenue completely surrounds Campbell County Fire Department firefighters as they work to put out the fire Wednesday afternoon.

Smoke from a house fire at 1803 Plumcreek Avenue completely surrounds Campbell County Fire Department firefighters as they work to put out the fire Wednesday afternoon.

A local teen boy has a lot to be thankful for, especially an off-duty Campbell County firefighter who alerted him and got the teen out of a burning house Wednesday.

No one was hurt in the afternoon fire at 1803 Plumcreek Ave., according to the Campbell County Fire Department. The teen and three other members of his family were displaced by the fire.

The firefighter, who wasn't identified in a Fire Department press release about the incident, responded and found the teen was the only one home at the time.

"It's a pretty sad deal," he said. "What if one of them was in there? It would have been a bad deal."

The cause of the fire remains under investigation, but it had likely been burning in the attic “for some time” prior to a neighbor noticing the flames. The home and its contents are a complete loss, the Fire Department reports.

Firefighters received the call at 12:43 p.m. and had the fire under control by 3:30. They remained at the scene through Wednesday night and will periodically be there Thursday to monitor for any potential flare-ups.

The Red Cross of Wyoming is helping the family with a hotel room, food and clothing as well as health services support to replace medicine.

“And we will continue to work with the family on recovery planning and providing additional resources and referrals as needed,” said Dennis Hughes, American Red Cross regional senior disaster program manager.

A Gofundme page has been set up by a family member with the proceeds going to the family. As of Thursday morning, about $1,200 has been raised.

This story will be updated as more information is available.

The Campbell County Fire Department had a busy Wednesday, responding to calls for five grass fires in three counties that burned at least 39 acres.