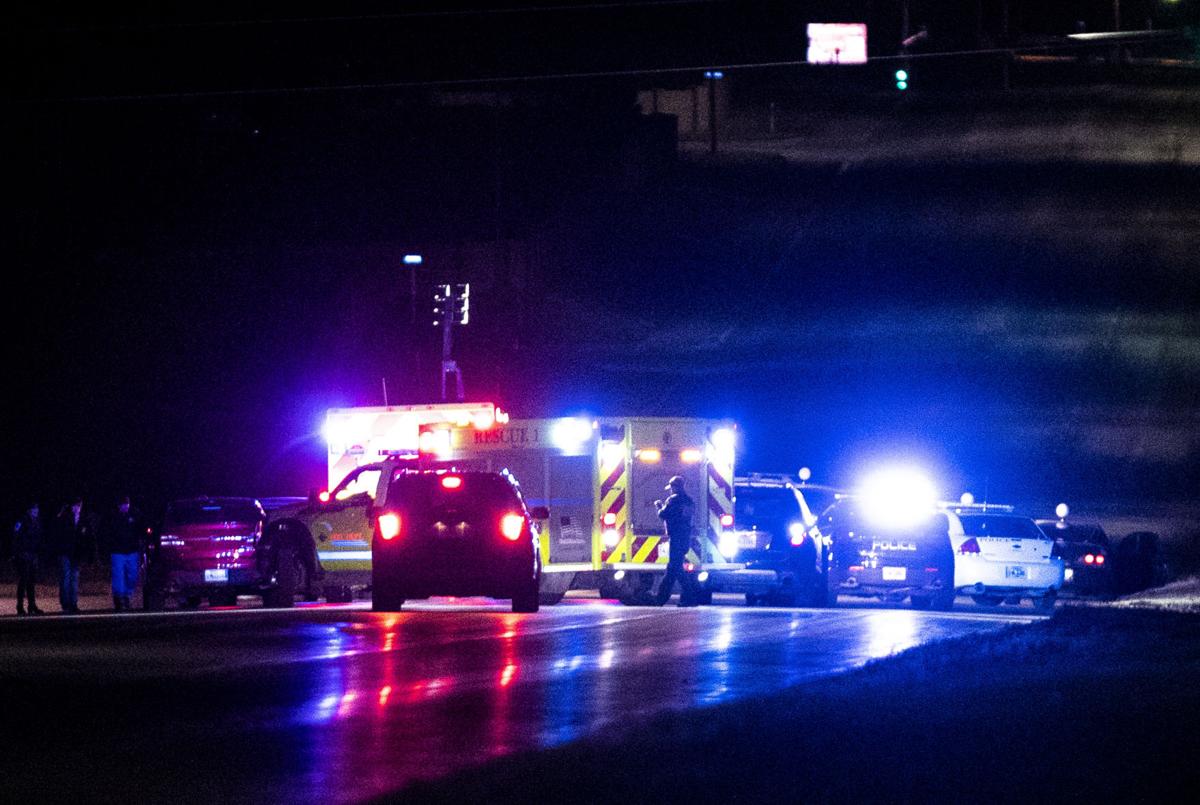 Law enforcement and first responders surround the scene along Boxelder Road near the Energy Capital Sports Complex after an officer-involved shooting Nov. 13. 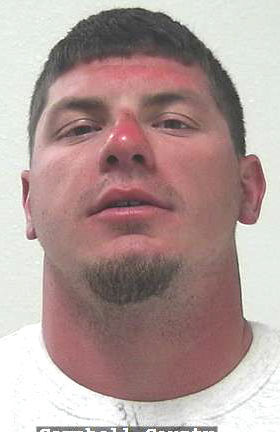 Months after Cody William Amman, 31, died in a Nov. 13 shootout with a Gillette Police Officer, Crook County Attorney Joseph Baron has determined the use of deadly force by the police officer was justified and that no charges are warranted.

“The officer was well within his scope of duties and direction of his supervisors,” says Baron’s legal analysis.

His summary of events includes new details about what happened that night.

Around 4:15 p.m. Nov. 13, the Campbell County Sheriff’s Office got a 911 call from a woman at a mobile home park near the 1500 block of East Second Street reporting that Amman had “shot up” her boyfriend’s vehicle and left the area in a black and purple car, according to Baron’s report.

An officer heard the ensuing radio notice and spotted the suspect's car driving north on Butler-Spaeth Road past Hillcrest Elementary School. He turned around and tailed it. While following, the officer noticed “ha ha” written all over the car.

Dispatch confirmed those markings matched the suspect's car. Both vehicles turned east on Boxelder Road, with the patrol car still behind. The officer, who was alone, flashed his lights to pull over the car. When it did not stop, he sounded his siren and moved into the middle lane so the driver could see him.

The officer said he was told not to approach the car and that because of the circumstances, he intended on conducting a felony stop, with his gun drawn giving commands.

When the car came to an abrupt stop, Baron reports the driver immediately got out of the car as the officer was still opening his door. The officer then saw the driver “post up” by his car’s door with his hand raised with what he believed to be a gun, then a muzzle flashed as if firing at him. Quickly, the officer returned fire and “was firing shots at the driver as fast as he could as the driver was shooting at him,” according to the report.

He then saw Amman duck in front of his car, at which point the officer moved behind his patrol car. Then, he said the shooter ran southeast of the road while pointing the gun behind him and continuing to fire at the officer. The officer continued shooting at Amman until he saw him fall.

It took about 15 seconds from when the stop began to when Amman fell. Amman later died at Campbell County Memorial Hospital. Two bullets hit Amman in the left upper and mid-back with an exit wound in his left upper chest shoulder. He died of acute blood loss and respiratory failure from the gun shot to his left chest, the report said.

There also was a passenger in Amman's car during the shooting who said Amman stopped as soon as he saw the police lights, grabbed a handgun, got out of the car and pointed it at the officer. He said he heard the officer say, “Put it down.” Amman replied, “F--- you,” before the gunfire commenced.

The passenger was unsure who shot first, but confirmed that Amman fired his gun at the officer, according to the report. During the incident, the report said the officer did not recall anything being said from either Amman or the passenger.

As Amman fell to the ground after being hit, the passenger said the officer told him to “show me your hands.” The passenger also said he told Amman “not to do it,” before leaving the car, the report said.

The officer was not named in Baron’s summary of events.

Following the shooting, the unnamed officer was placed on paid administrative leave pending the investigation. In mid-December, Lt. Brent Wasson said the officer was expected to return to restricted duty assignment later that month.

Four witnesses who drove by the stop as it happened said that they saw the driver step out with a gun, the officer yelled at him to drop it before the driver fired and the officer shot back. They all reported seeing Amman shooting at the officer while running away before being dropped to the ground, the report said.

The officer wore a body camera during the incident. The events were recorded and “most, but not all, of the shooting events can be seen and heard,” the report said.

Although the patrol car was hit twice, the officer was not hurt during the shootout. It also wasn't reported how many shots were fired by either Amman or the officer.

In 2018, Amman was sentenced in Campbell County District Court to 2.5 to six years in prison for aggravated assault, Undersheriff Quentin Reynolds confirmed after the incident.

“Once again, I find no reason whatsoever to charge the officer with any type of criminal offense based upon the evidence presented to me as the officer’s shooting of Cody Amman was a justified use of deadly force by a law enforcement officer acting within the scope of his duties,” says Baron’s legal analysis.

It is always sad when a life is taken. However, Our Police officer carried out his duty, risking his own life to defend citizens of Gillette. My thanks to this officer for carrying out his duty.

I am sorry this officer was placed in the position he was. Thank you for doing your duty! To bad for this officer that ammon wasn't still in the pen where he belonged!