The report of 703 new confirmed coronavirus cases in Wyoming pushed the number of active cases in the state over 11,000 on Wednesday.

When combined with new reports of 345 recoveries, the state had 11,368 active coronavirus cases on Wednesday, an increase of 477 over Tuesday. 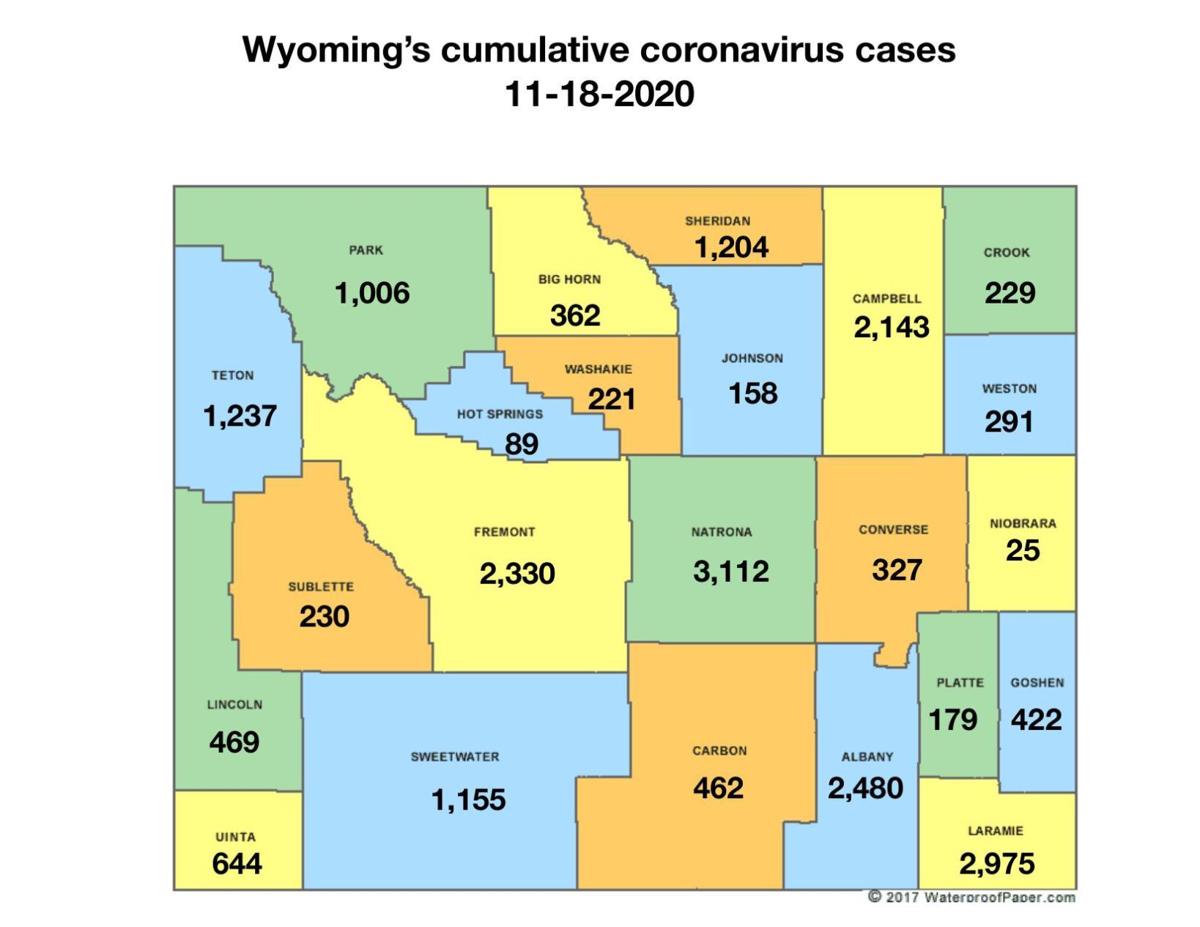 All 23 of Wyoming’s counties reported new confirmed cases Wednesday, with Natrona County reporting the most new cases at 166. Fremont County had 76 new cases.

The increase brought the total number of confirmed cases seen since the first case was diagnosed in Wyoming in mid-March to 21,750. 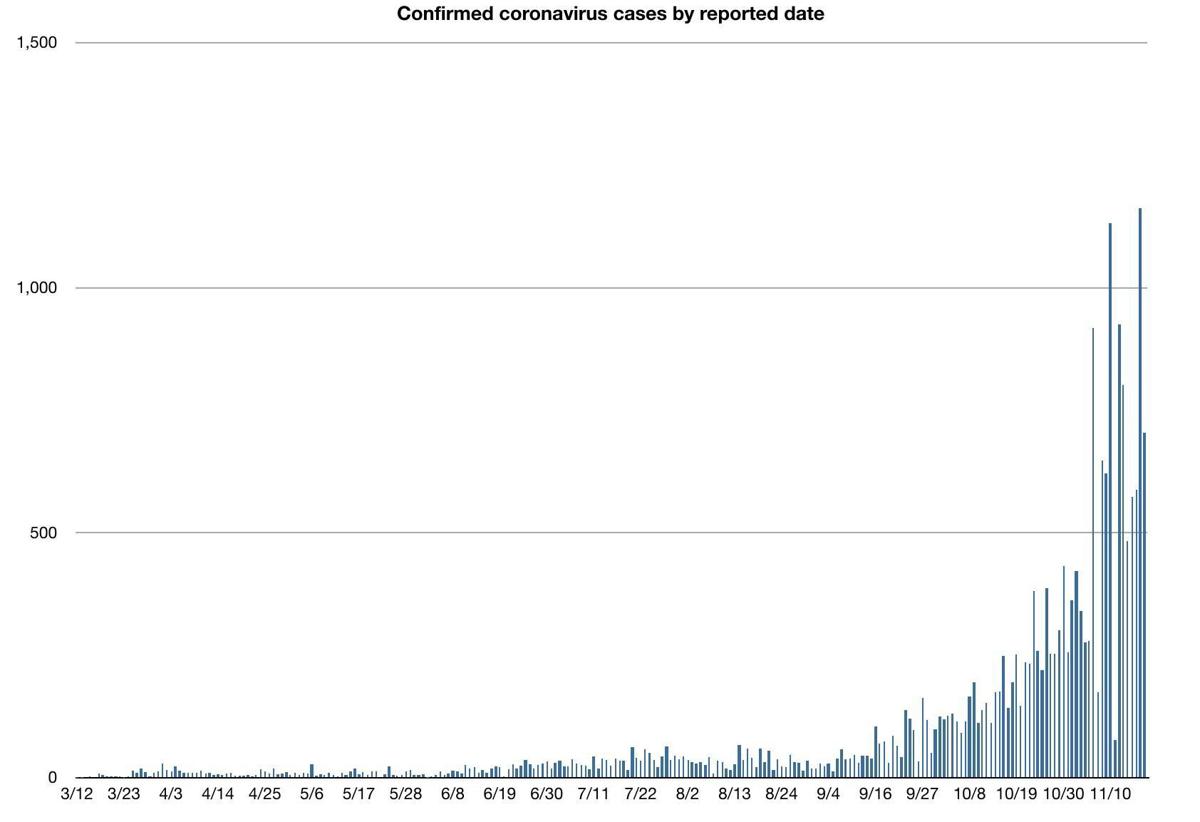 The increase of 119 in probable cases brought the total seen since mid-March to 3,525. A probable case is one where the patient has coronavirus symptoms and has been in contact with someone with a confirmed case, but has not been tested for the illness.

The number of recoveries from both confirmed and probable cases seen since the pandemic began stood at 13,752 on Wednesday with the new reports of 345 recoveries.