The number of active coronavirus cases in Wyoming increased in the past week by 81 as Laramie County continued to lead the state in new cases. 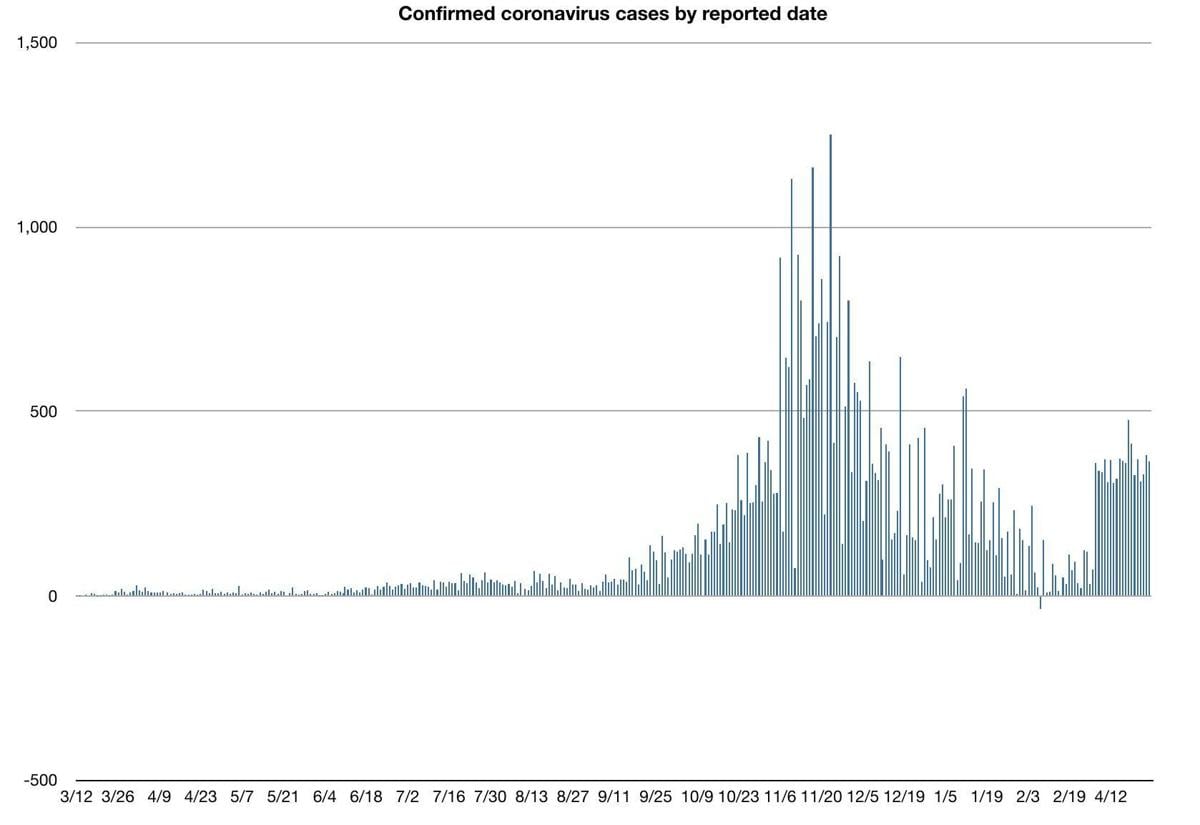 Wyoming Department of Health figures showed that in the past week, the department has received 365 new reports of laboratory-confirmed COVID cases and 131 new reports of probable cases.

The number of recoveries among those with confirmed or probable cases reported during the week increased by 415 to leave the state with 557 active cases, an increase of 81 from July 6. 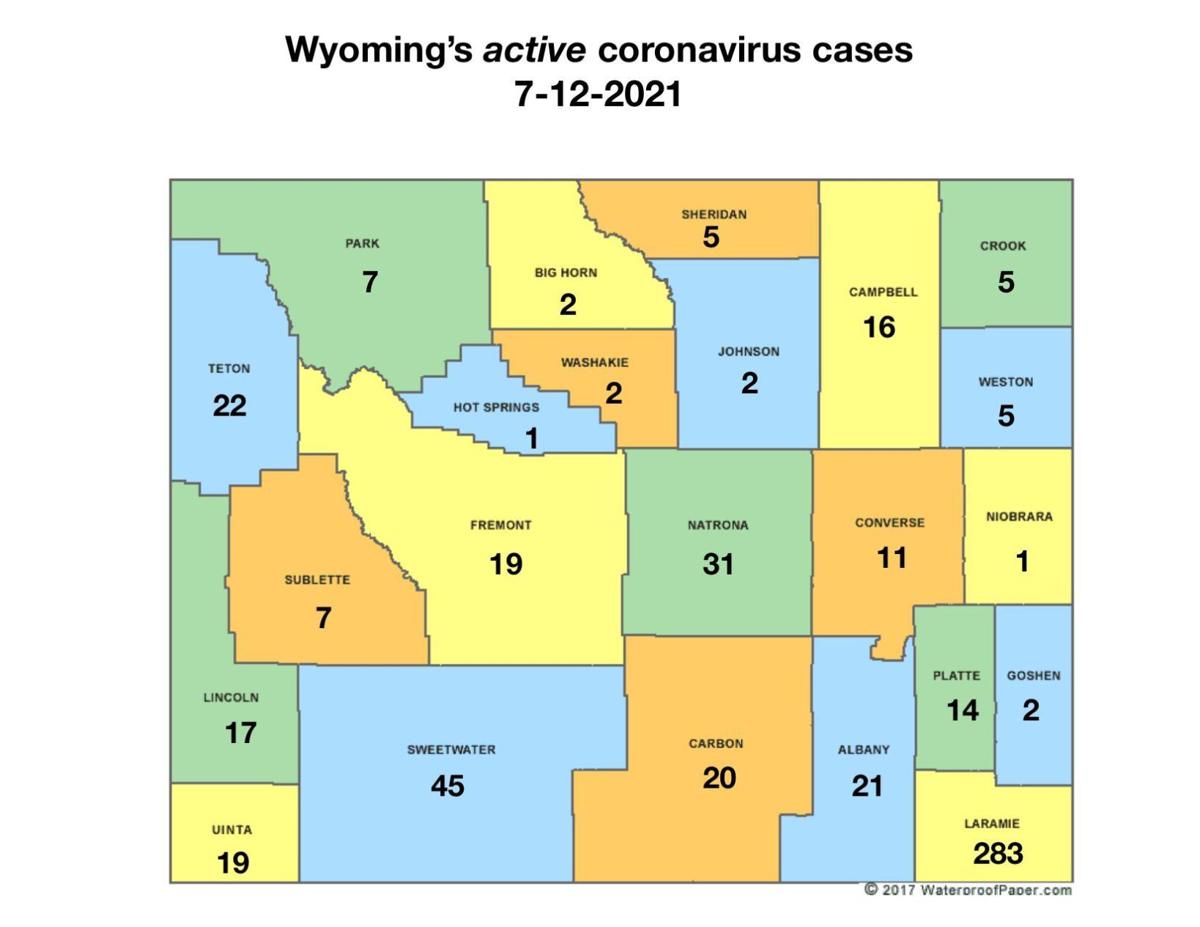 Laramie County had 283 active cases; Sweetwater county had 45; Natrona County had 31; Teton had 22; Albany had 21; Carbon had 20; Fremont and Uinta had 19; Lincoln had 17; Campbell had 16; Platte had 14; Converse had 11; Park and Sublette had seven; Crook, Sheridan and Weston had five; Big Horn, Goshen, Johnson and Washakie had two, and Hot Springs and Niobrara had one. 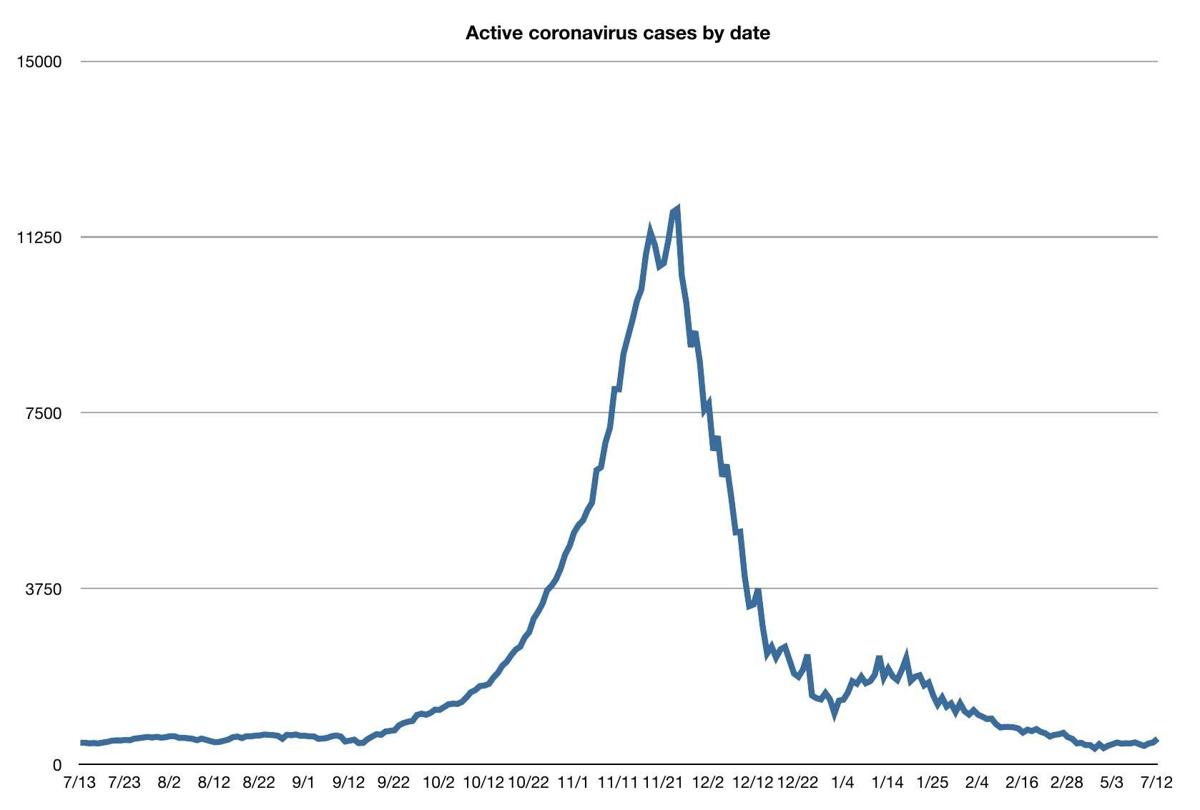 New confirmed cases were reported in 21 counties over the week, with Laramie County having the highest number of new cases at 169. Sweetwater County followed with 41.

The new confirmed and probable cases brought to 63,138 the number of people diagnosed with COVID since it was first detected in Wyoming.

Of those, 61,830 people have recovered, according to Health Department figures.