The number of active coronavirus cases in Wyoming fell for a second consecutive day Friday, declining by 452 as recoveries again outnumbered new cases. 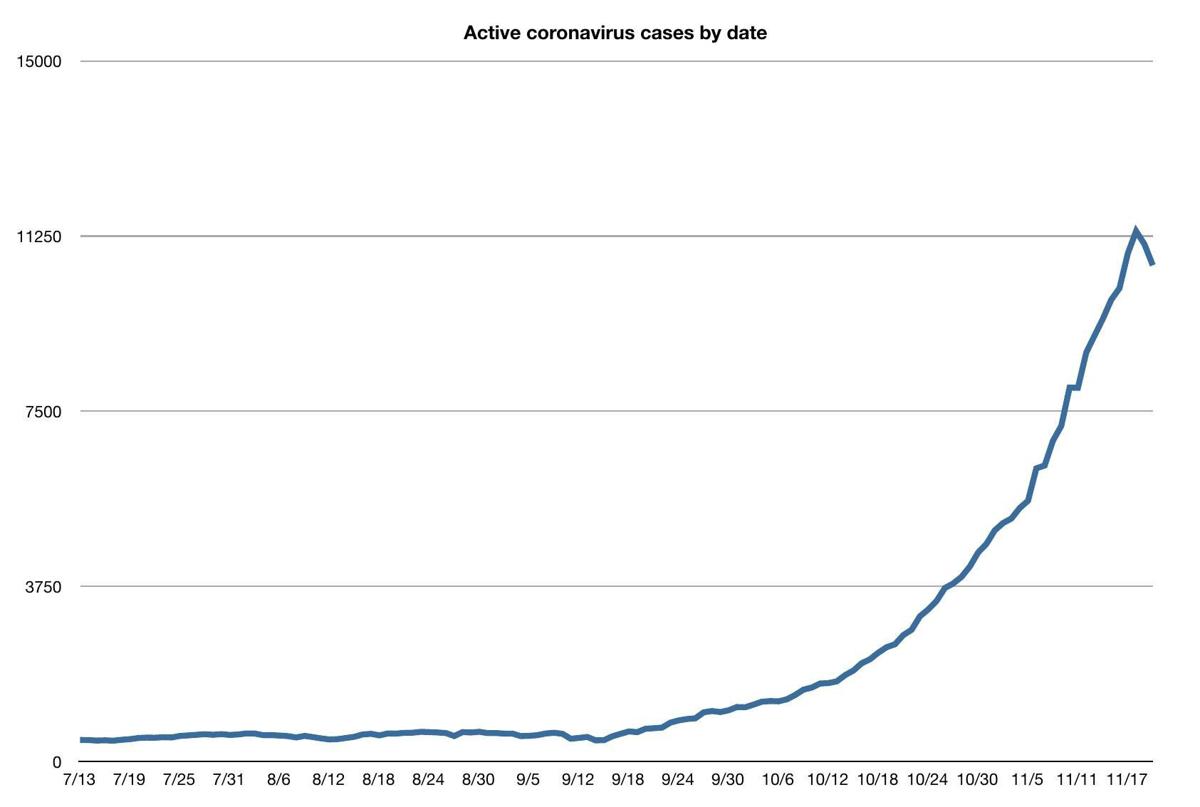 The Wyoming Department of Health, in its daily coronavirus update, said it received new reports of 1,412 recoveries among patients with confirmed and probable cases of coronavirus.

At the same time, the department said, 858 new confirmed cases were reported, as were 102 new probable cases.

The numbers left the state with 10,637 active cases, a decline of 452 from Thursday. The number dropped by 279 on Thursday from Wednesday figures. 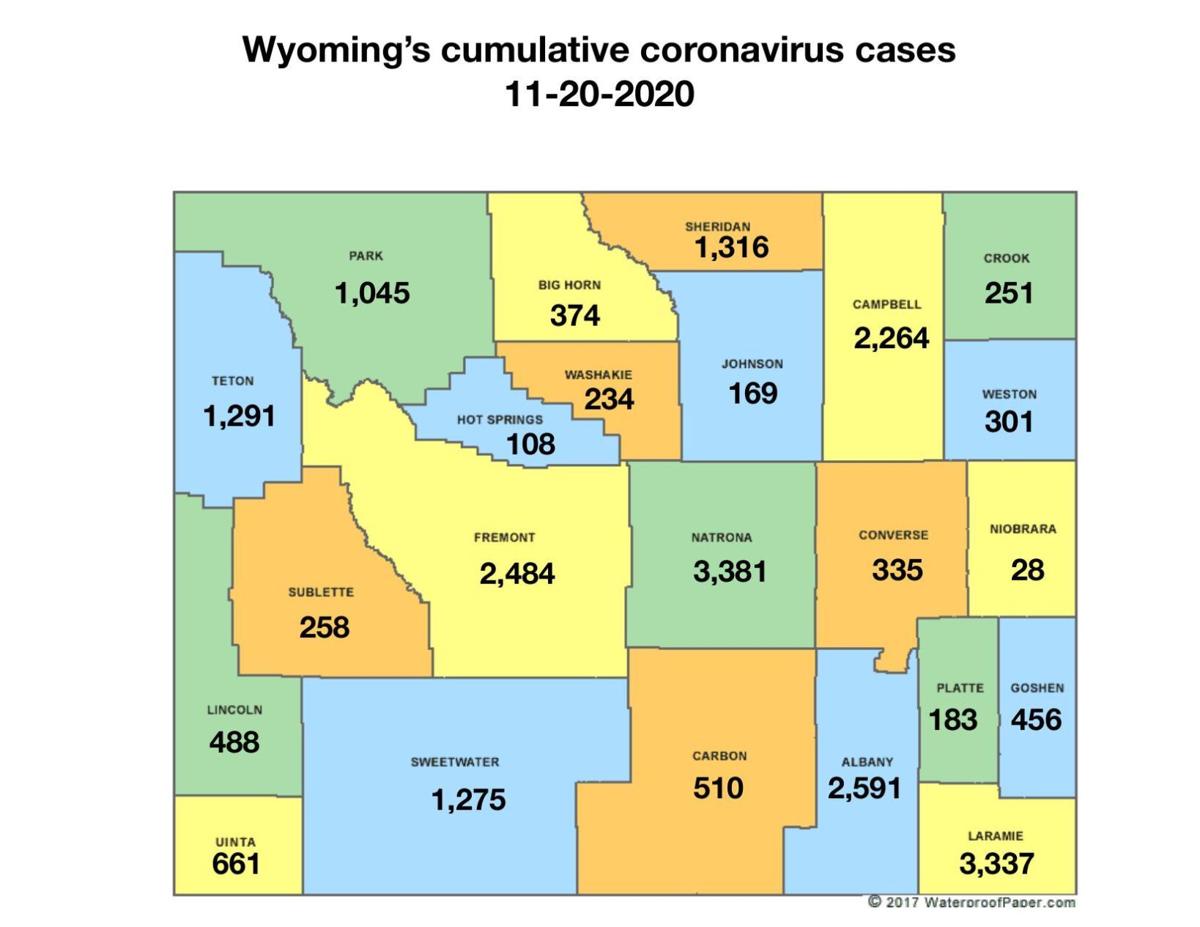 All of Wyoming’s counties reported new confirmed cases Friday, with Natrona County reporting the largest increase in cases at 158.

The increase of 102 in probable cases put the number of probable cases seen since March at 3,782. A probable case is one where a patient has coronavirus symptoms and has been in contact with someone with a confirmed case but has not been tested for the illness.

The growth in recoveries put the number of people to recover from confirmed or probable cases since the pandemic began at 16,316.

There were 51 new confirmed cases of COVID-19 recorded in Campbell County on Friday, bringing its total to 2,264 since the pandemic began.