The deaths of another 21 Wyoming residents have been attributed to the coronavirus, the Wyoming Department of Health announced Thursday.

However, the news came as Health Department figures showed a drop of more than 270 in the number of active cases with a surge in recoveries of more than 1,000.

The deaths bring to 176 the number of Wyoming residents whose deaths were linked to the virus.

The Health Department said nine of the people whose deaths were reported Thursday came from Natrona County, six women and three men.

Of the nine, six were residents of long-term care facilities. The deaths occurred late last month and earlier this month. 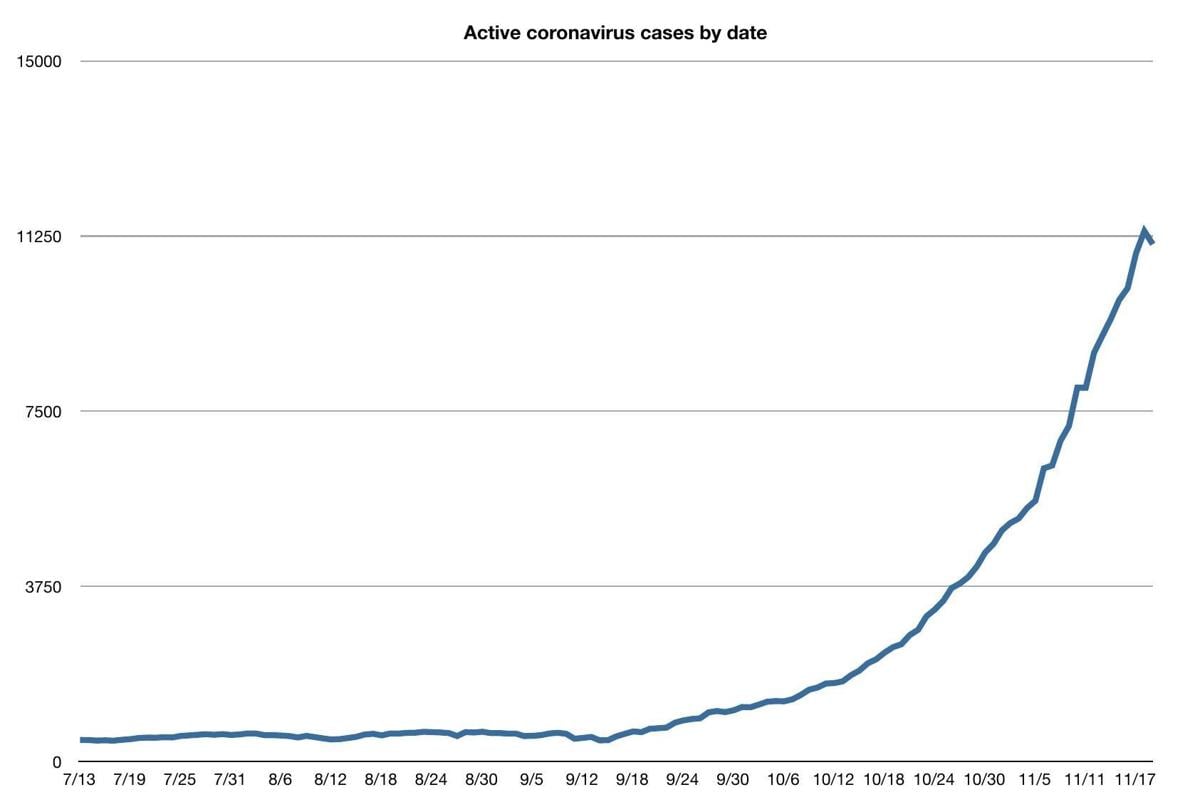 Meanwhile, for the second time since early October, the state saw a decline in the number of people sick with the disease as the number of reported recoveries outpaced the number of new cases.

The result was a reduction of 279 in active cases from Wednesday’s cases, leaving the total number of active cases in the state at 11,089. 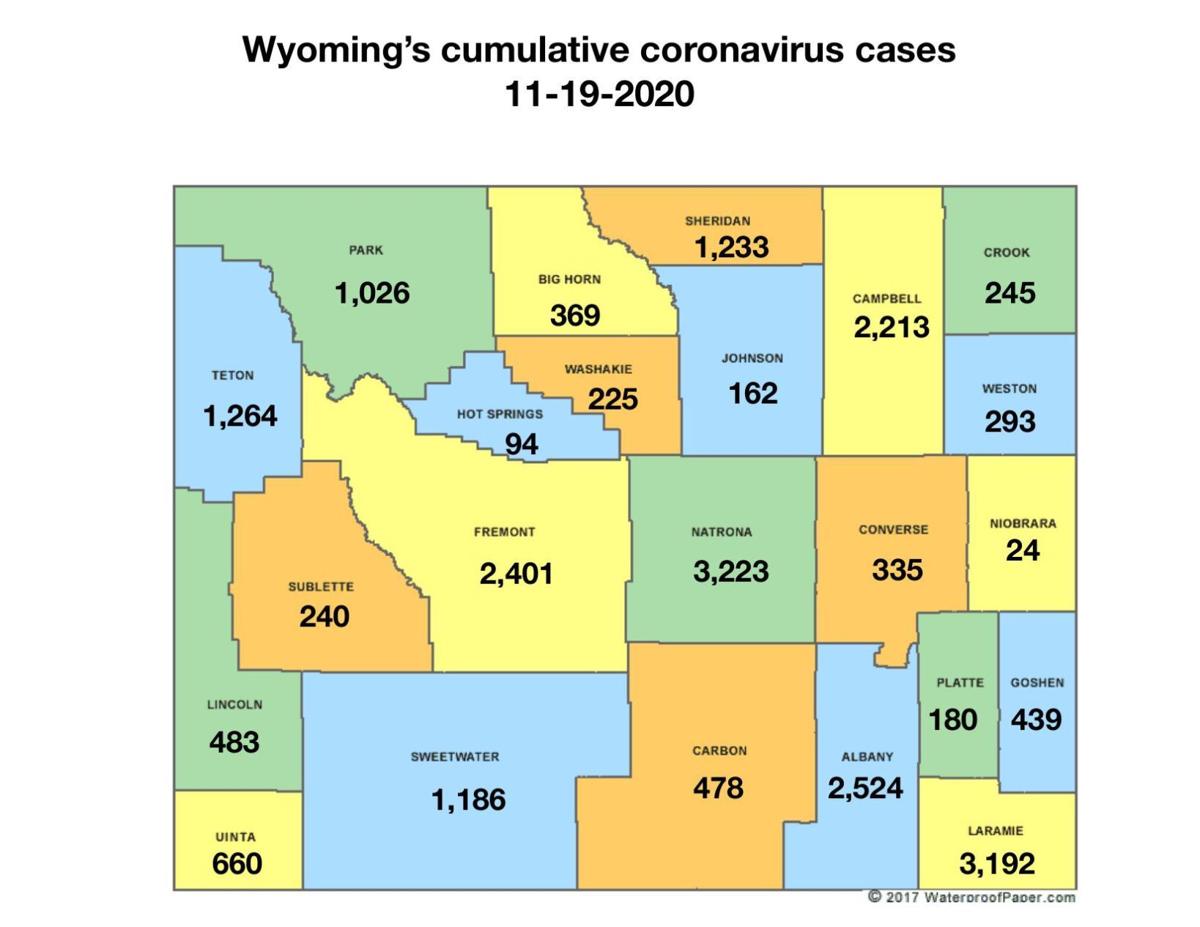 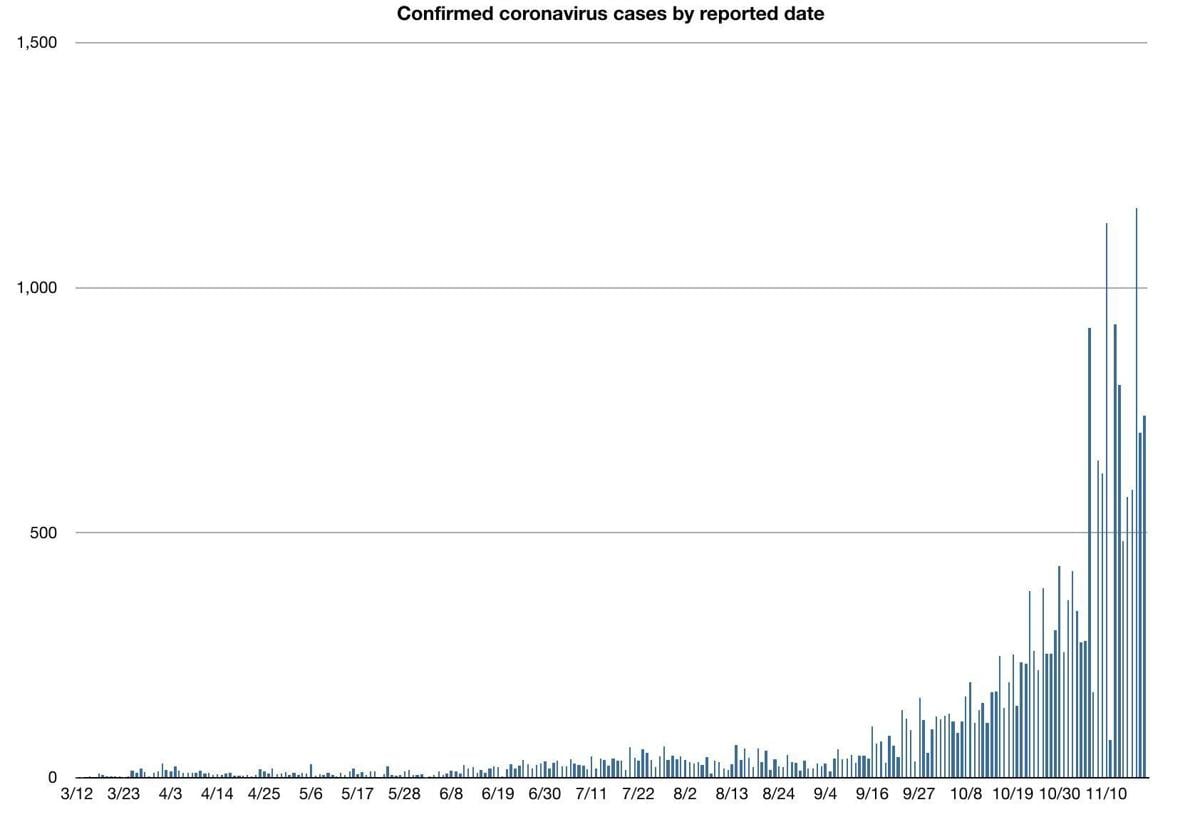 The increase in recoveries meant that since the first case of coronavirus was detected in Wyoming in mid-March, 14,904 of those infected have recovered.

The number of confirmed cases seen since the pandemic began, meanwhile, stood at 22,489 on Thursday with 739 new cases reported in 22 of the state’s counties. Laramie County saw the highest number of new cases at 217.

The number of probable cases, meanwhile, went up by 155 on Thursday to total 3,680 since March.