The number of active coronavirus cases in Wyoming increased by 50 in the last week to total 455 on Monday, according to Department of Health figures. 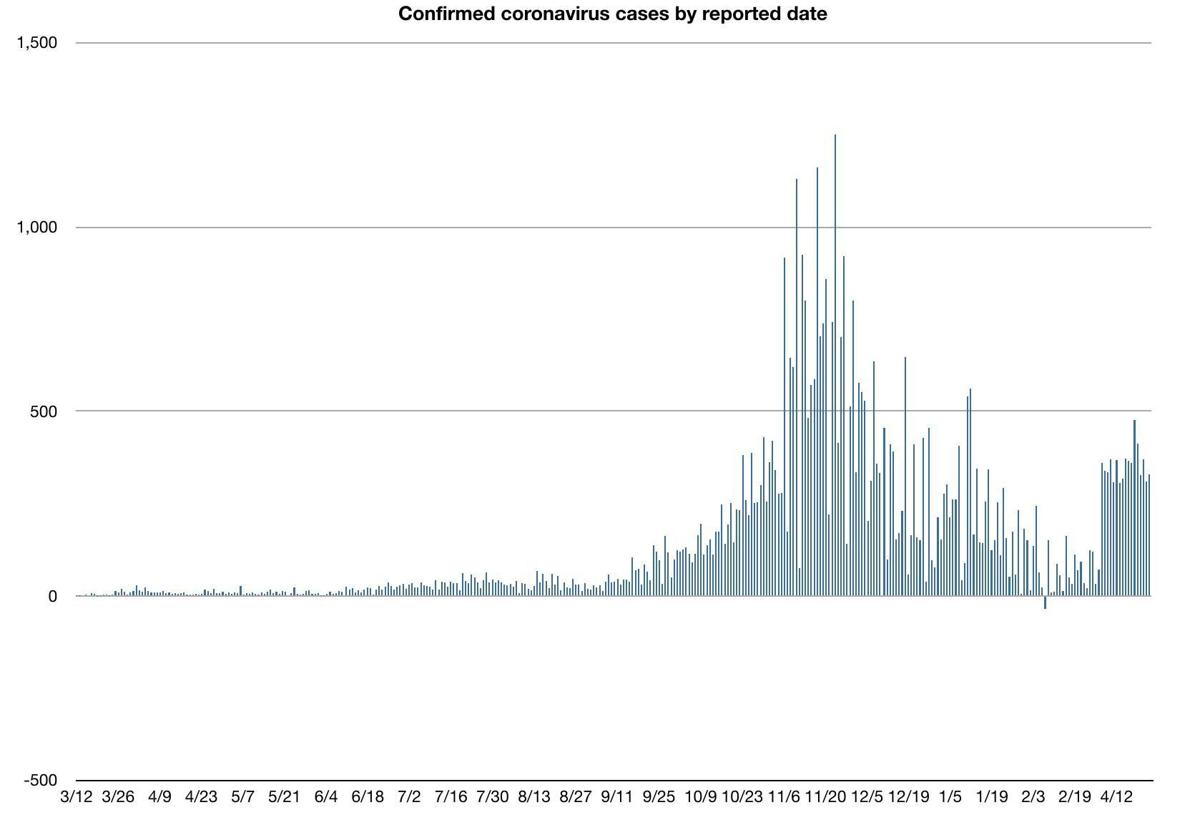 The department, in its regular coronavirus update, said the state recorded 329 new laboratory-confirmed and 140 new probable cases since June 21.

During the same period, 413 new recoveries were reported among those with confirmed or probable cases, leaving the state with 455 active cases. The total marks the tenth consecutive week the state’s total number of active cases has been between 400 and 500. 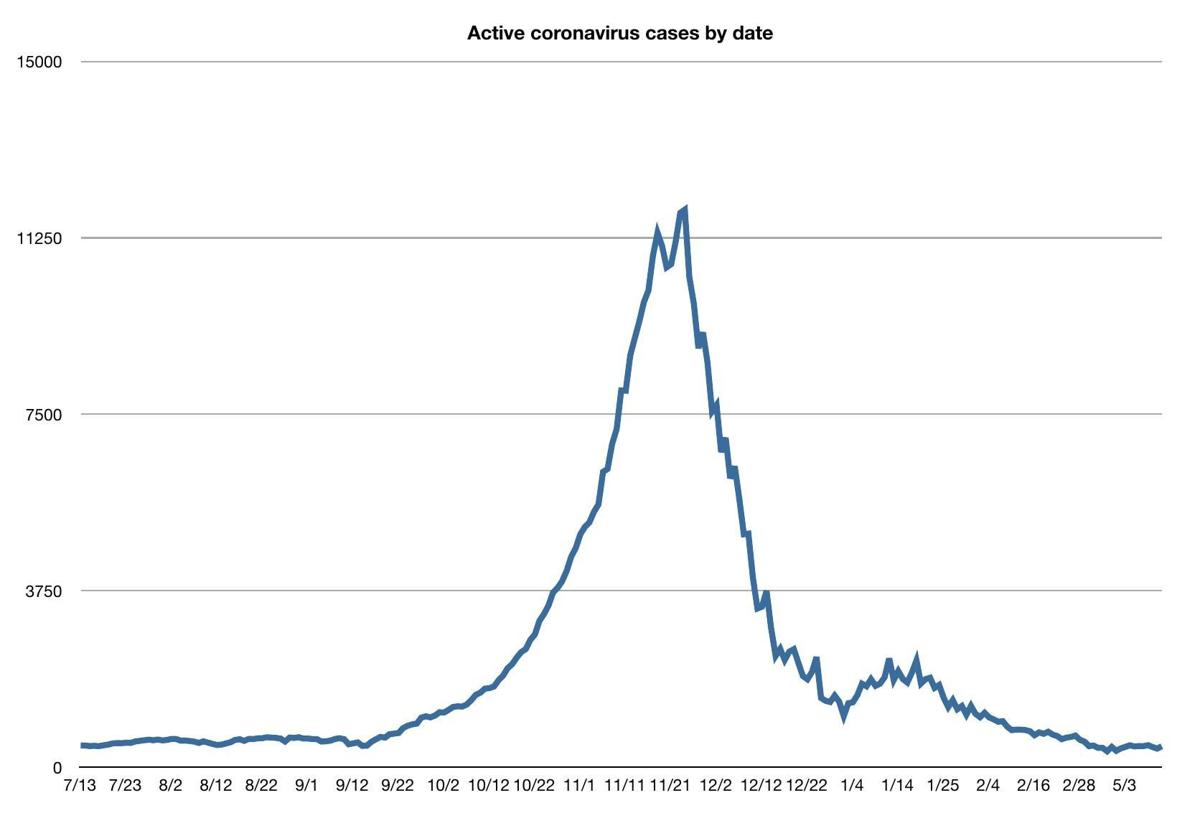 Laramie County continued to have the highest number of active cases at 231; Natrona County had 41; Sweetwater County had 34; Albany County had 30; Uinta County had 26; Campbell had 18; Park had 15; Fremont had 11; Teton had eight; Converse had seven; Sheridan had six; Goshen and Platte had five; Johnson had four; Carbon and Lincoln had three; Big Horn and Crook had two, and Hot Springs, Niobrara, Washakie and Weston counties all had one active case. 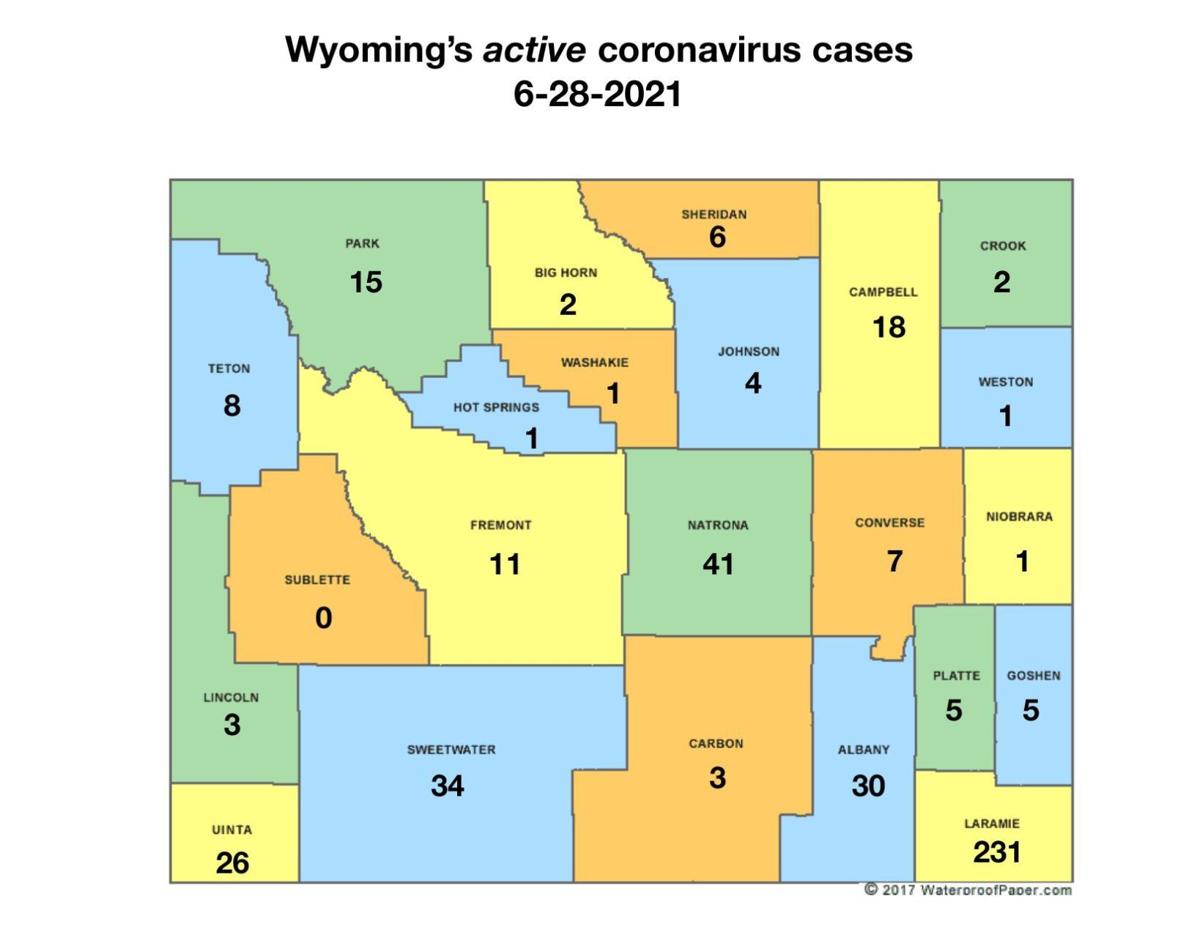 Sublette County had no active cases as of Monday.

New laboratory-confirmed COVID cases were reported in 20 counties. Laramie County saw the largest growth in cases at 162, followed by Sweetwater County at 32.

The new confirmed and probable cases left the state with 62,099 people diagnosed with coronavirus since it was first detected in Wyoming in March 2020.

Of those, 60,904 have recovered, according to department figures.