The deaths of nine more Wyoming residents, including five residents of a Big Horn County long-term care facility, have been attributed to the coronavirus, the Department of Health announced Monday.

The department said the deaths bring to 77 the number of Wyoming residents whose deaths have been linked to the virus.

The five Big Horn County residents who died last week all had health conditions recognized as putting people at higher risk from the coronavirus, the department said. Only one was known to have been hospitalized for treatment.

The announcement came as the number of active coronavirus cases in the state increased by 277, boosted by the report of 387 new laboratory-confirmed cases.

The department, in its daily coronavirus update, said in addition to the confirmed cases, 49 new probable cases were reported Monday, as were 150 recoveries.

The numbers left the state with 3,725 active cases, an increase of 277 from Sunday. 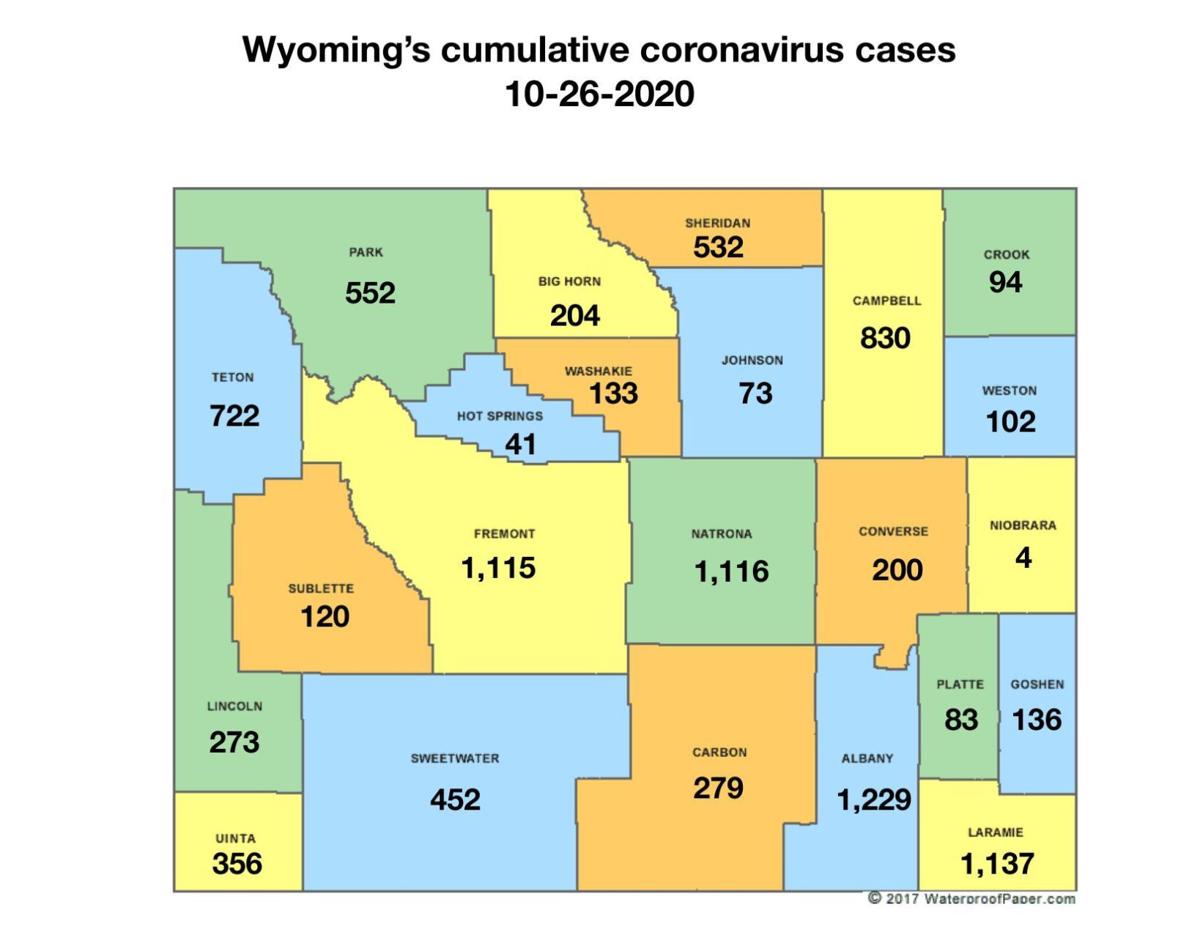 The number of new confirmed cases is the highest included in the Health Department’s daily report since the pandemic began. However, because the department’s weekend reports are issued in the morning, the period of time between Monday’s report and Sunday’s report was actually 30 hours, not the 24-hour time span usually covered by the department’s reports.

The number of probable cases increased by 49 on Monday to total 1,694 since the first case was diagnosed in Wyoming in mid-March. A probable case is one where the patient has coronavirus symptoms and has been in contact with someone with a confirmed case, but has not been tested for the illness.

The number of people to recover from confirmed or probable cases since the pandemic began was 7,675 as of Monday, an increase of 150 from Sunday.

Probable cases identified as people who had direct contact with a person with a confirmed case of coronavirus and who is showing symptoms of the disease but has not been tested.

A recovery is defined as occurring when a patient has gone three days without a temperature and has seen improvement in respiratory problems.