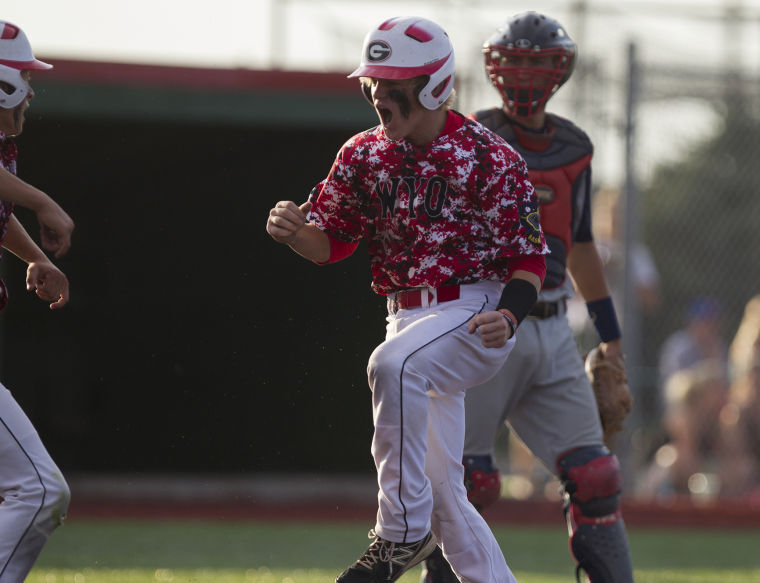 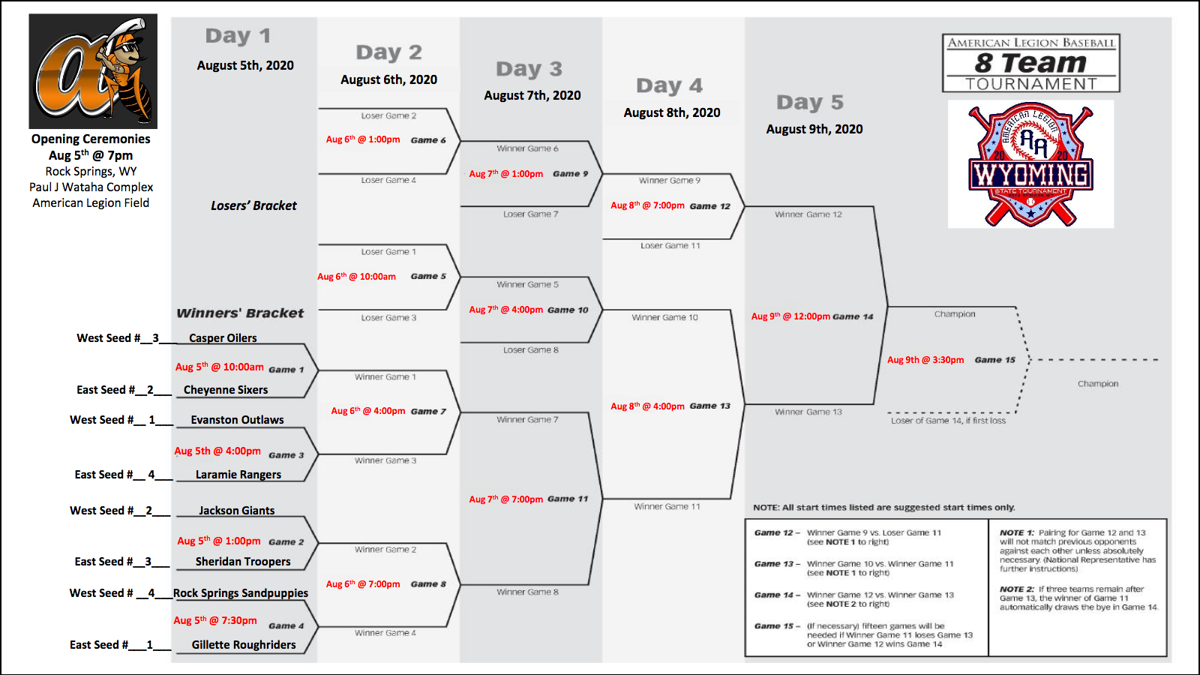 The Gillette Roughriders have had Aug. 5 circled on their calendar all season.

The date marks the first day of the 2020 Wyoming AA American Legion baseball state tournament where the Roughriders will cruise into the postseason with the No. 1 seed out of the east.

"We're really pumped. We feel like no one can stop us right now," said Mason Powell, a college-returner who's playing his final season with Gillette. "We're really excited for that first game. This is the most confidence I've ever really seen from us."

"We're going down to win the tournament," Perleberg said. "That's been our goal all year and these guys are committed."

The Roughriders' last state title came in 2014. The team has won state twice, the other championship coming in 2008. Perleberg coached both teams.

"It's the greatest feeling you can get as a competitor and a baseball player," Perleberg said. "It's what you're remembered for."

The Roughriders will face the best competition in Wyoming, starting with the host team of the tournament, No. 4 seed Rock Springs, at 7:30 p.m.  Wednesday.

The Casper Oilers took home the trophy last year after Gillette lost to Casper and Jackson. The double elimination tournament is being played at Paul J Wataha Complex in Rock Springs.

"We haven't been (in Rock Springs) for a while and it's a new experience for these guys," Perleberg said. "We've been a good road team."

Where the team plays doesn't matter as much as the preparations that have gone into competing in the state tournament, Powell said.

"We haven't (traveled to the west side of the state) a whole lot, but if it's a baseball field and a mound and there's some dirt, we'll find a way to play the way we're used to playing," Powell said.

The tournament will be played in a five-day span with the championship being played at 3:30 p.m. Sunday.

Perleberg said his team is "battle-tested" after an intense schedule this summer with very few days off. That has them prepared for the long weekend ahead.

"That's the reason why we do what we do and why we put the schedules we put together," Perleberg said. "It's been really jam packed. It's one of those 'grow through what you go through' kind of things."

Powell said the summer was a grind, but he believes the dedication will be one of the team's advantages going into the tournament.

"Coach Perleberg did a great job of scheduling," Powell said. "We've played like three to four tournaments where they were long like this one, so we're really prepared for that where other teams might not be."