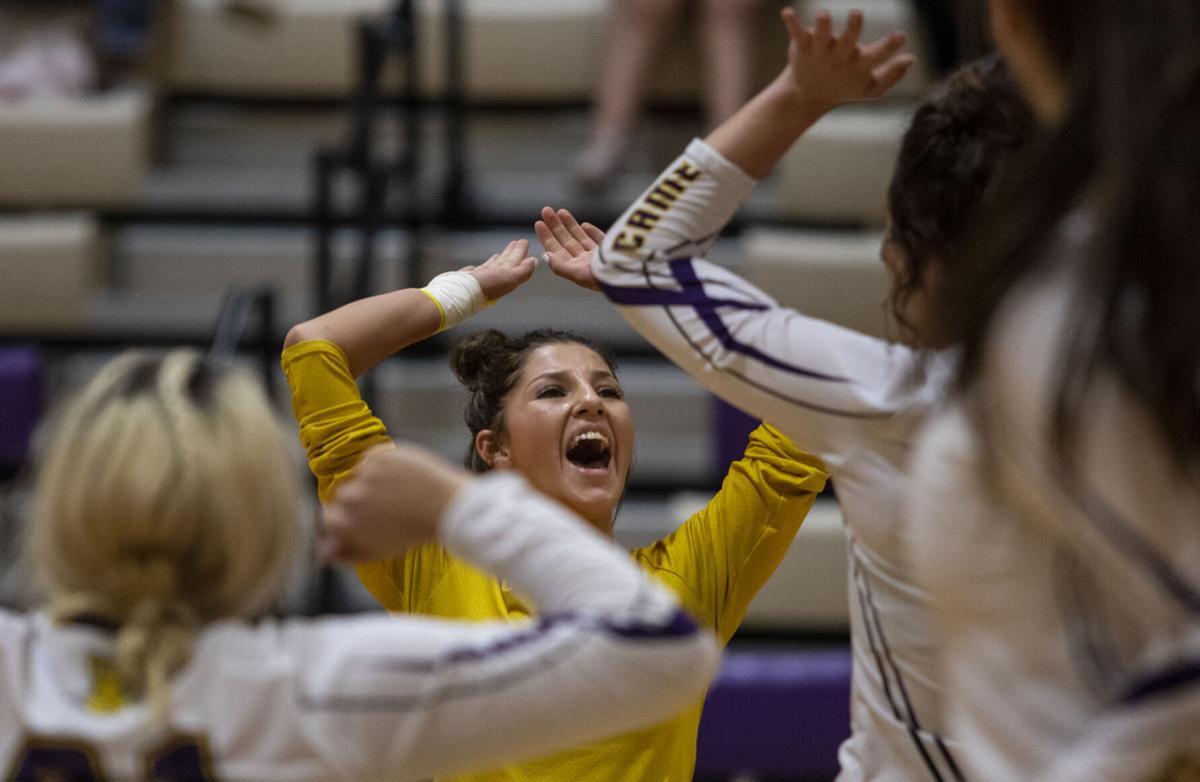 Senior Taylor Fischer, center, celebrates with her teammates after scoring a point while taking on Rapid City Central at home earlier this season. 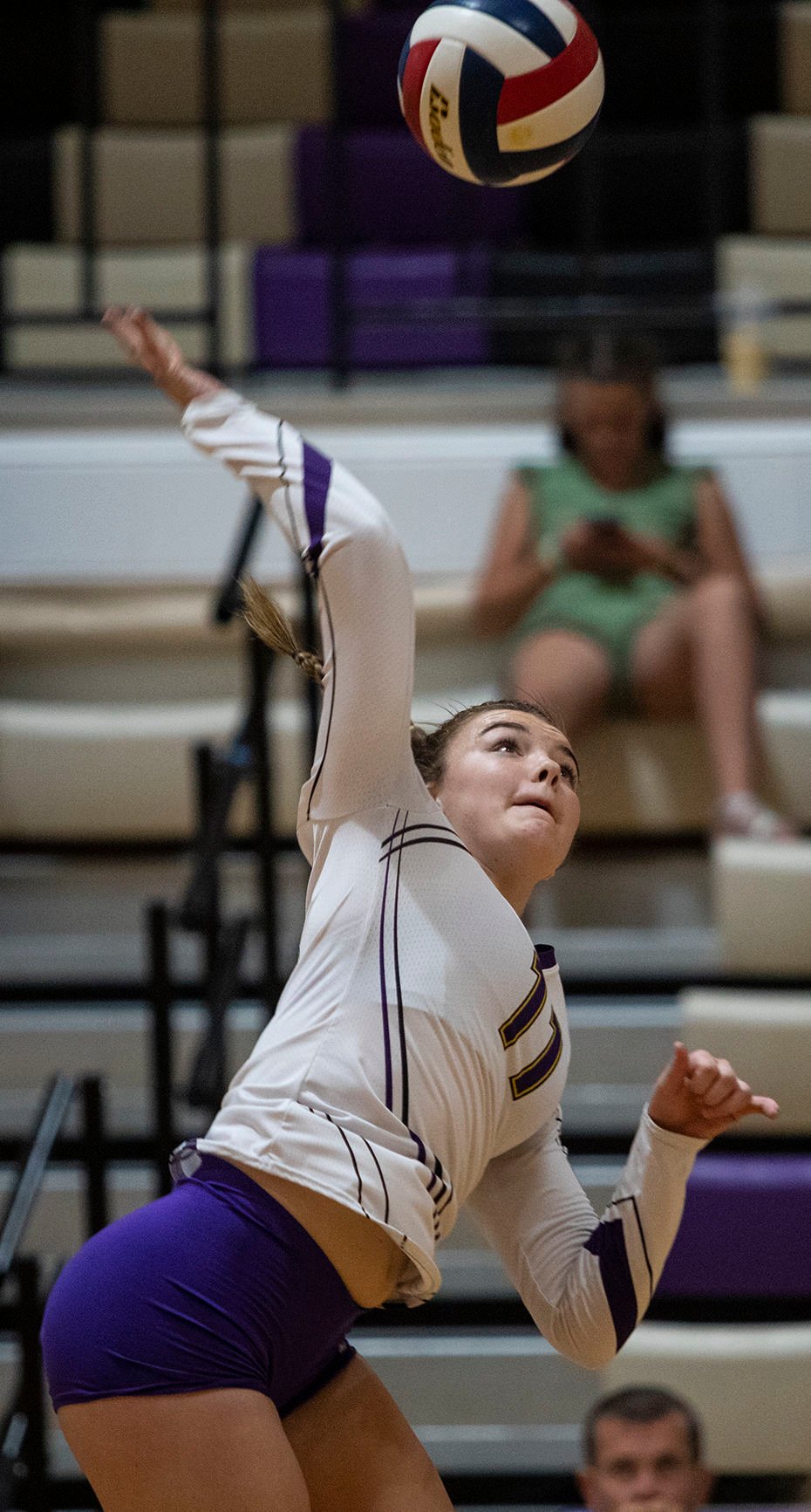 Freshman Sydnee Streitz sends the ball back over the net while playing host to Rapid City Central Thursday.

Senior Taylor Fischer, center, celebrates with her teammates after scoring a point while taking on Rapid City Central at home earlier this season.

Freshman Sydnee Streitz sends the ball back over the net while playing host to Rapid City Central Thursday.

The Campbell County High School volleyball team traveled to Casper on Saturday for a one-day tournament. The Camels played twice in the Casper Invite, losing to Natrona County and Douglas before heading home.

The Camels first loss came in two sets against Natrona County (6-4). Campbell County came close before falling to the Mustangs 25-24 in both sets.

The Camels quickly turned around and played an inter-class match with Douglas (11-1), who came in ranked No. 5 in 3A in the WyoPrep.com Coaches and Media Volleyball Rankings.

Campbell County again battled the Bearcats close but ultimately fell in two sets, 25-21 and 25-21. While the Camels took two losses in the tournament to drop their overall record to 5-9, the non-conference matches have no playoff implications and allow the team to work on improving before going back to conference play.

The team will have time to recuperate and rest before returning to conference play, as the Camels match with Cheyenne South for homecoming week was canceled, head coach Marcy Befus said.

Campbell County's next match will be a home conference game against cross-town rival Thunder Basin at 6 p.m. on Thursday, Oct. 8.

The Camels A and B teams both won against Cheyenne East and Cheyenne Central Saturday. The A team was led by Payge Riedesel who had 18 assists and four digs on the day.

Next the 9th grade A and B teams will host Kelly Walsh and Natrona County Saturday.