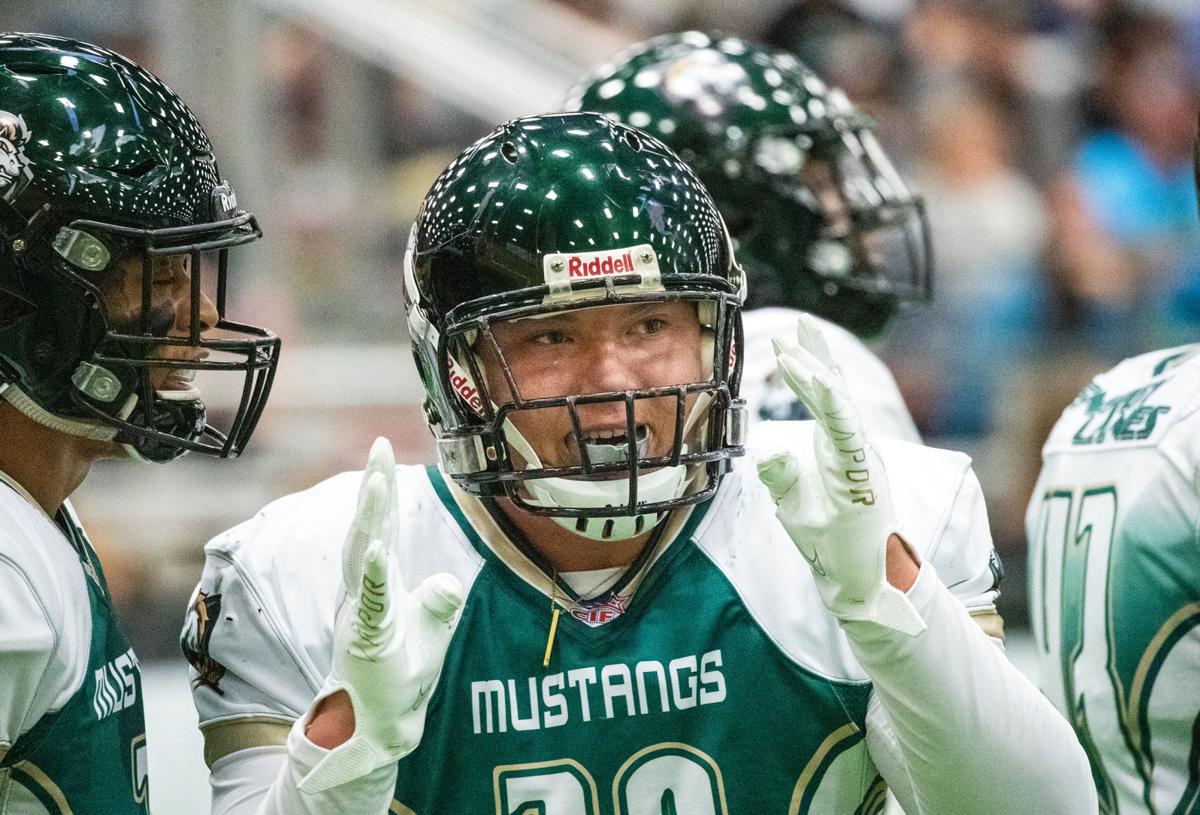 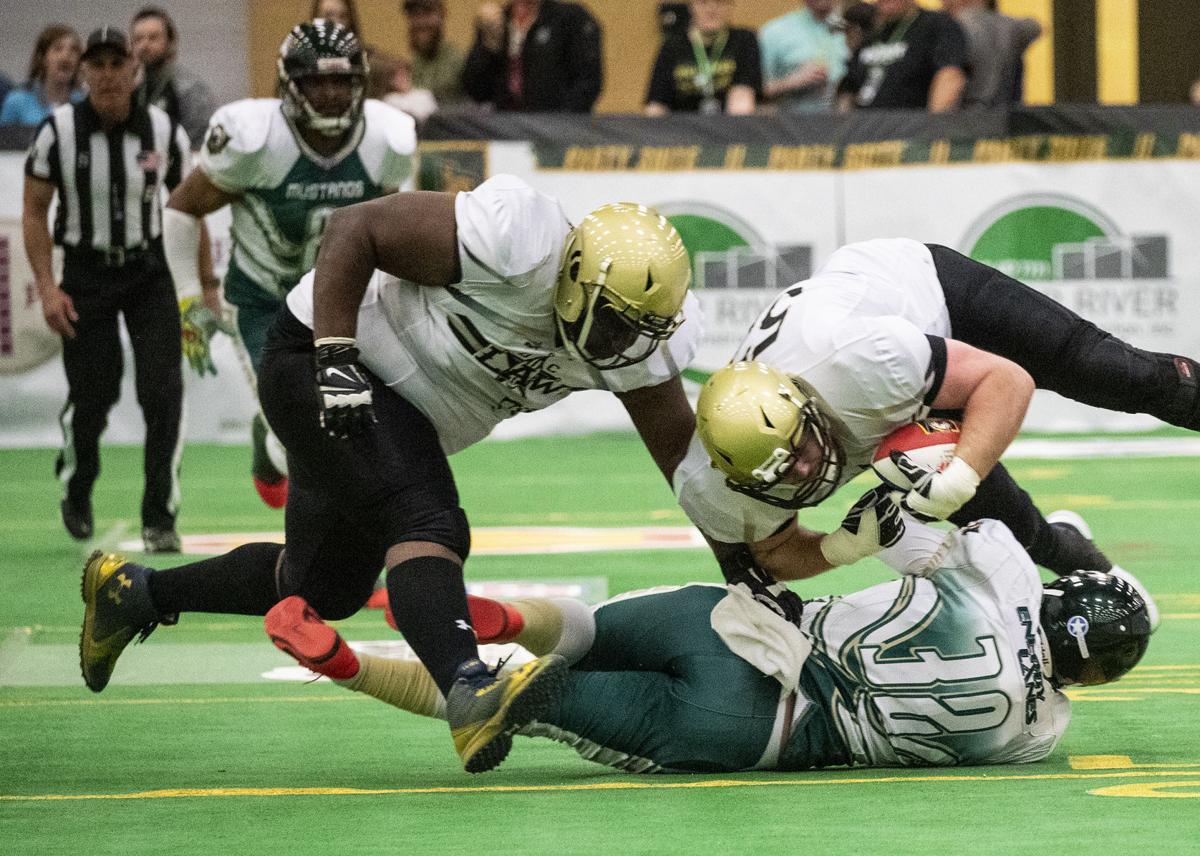 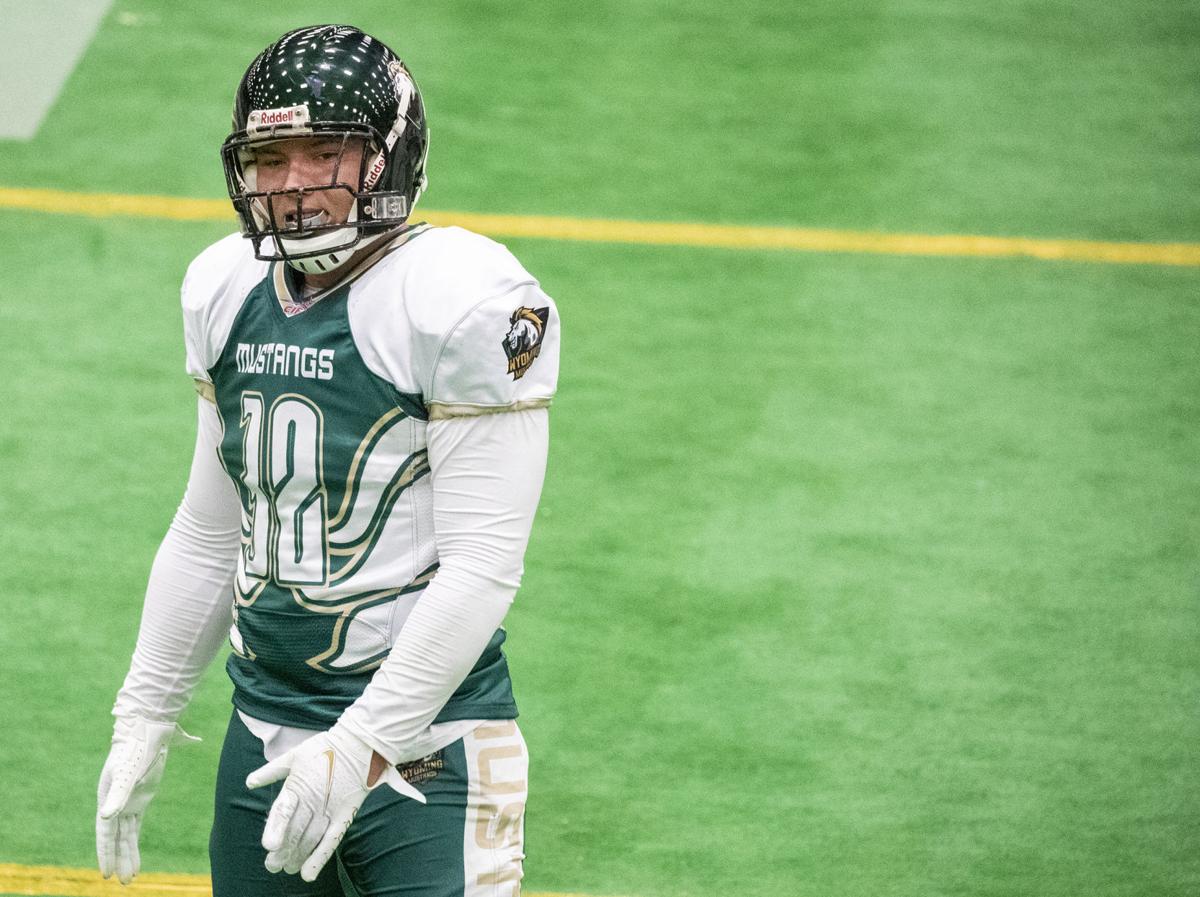 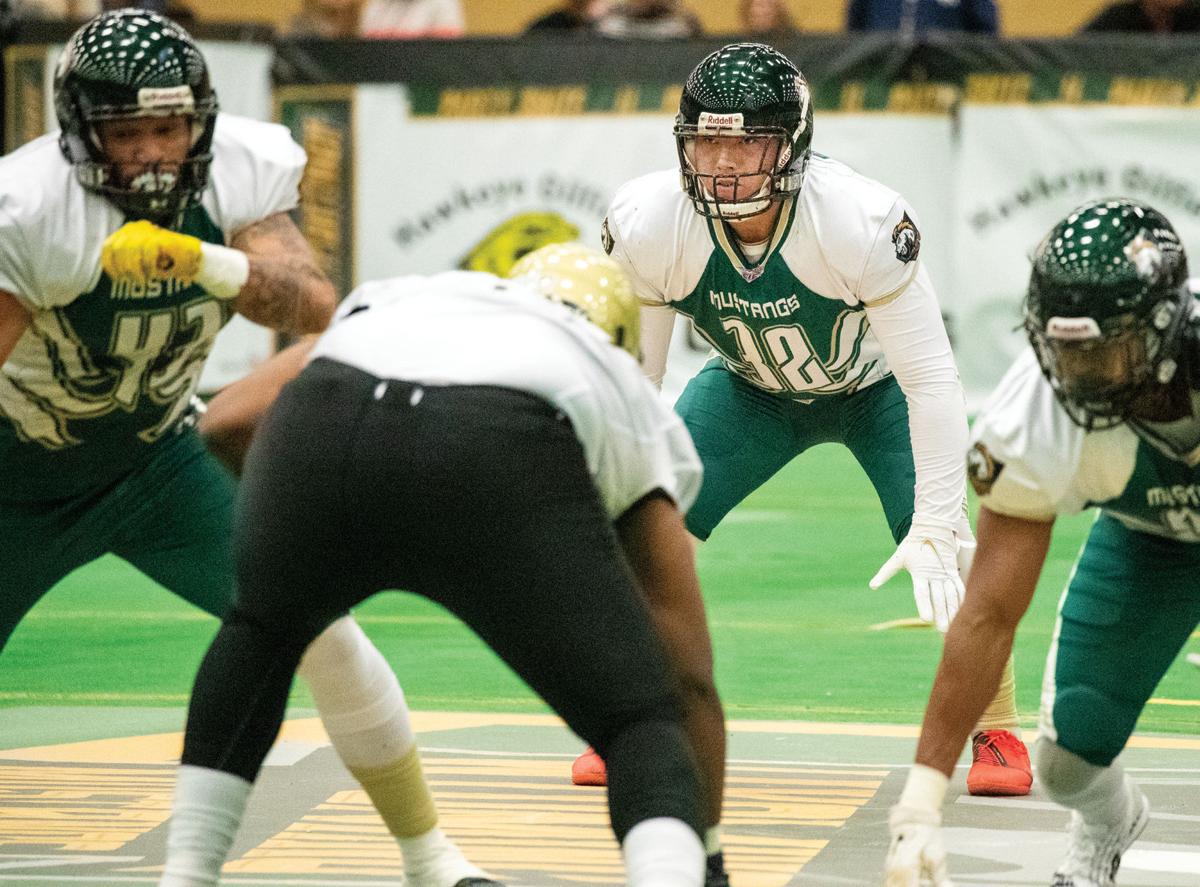 It had been more than five years since Zach Taylor made a tackle in front of his home fans in Gillette.

A 2016 Campbell County High School graduate, Taylor ended his prep athletic career as a Camel as one of the best players in the state of Wyoming and winner of the Milward Simpson Award, which honors the most outstanding male and female high school senior athletes in the state. Taylor was the first Gillette athlete to win the award since Emily Moore in 2009 and remains the last.

Taylor also was the first Gillette boy to win the award since 2002 when Clint Oldenburg won it before going on to be drafted in the fifth round of the 2007 NFL Draft.

Now Taylor has returned to the football field in Campbell County, but he’s wearing some new colors. Taylor is seeing plenty of playing time on defense and special teams for the new Wyoming Mustangs indoor football team.

In his first three games with the team, Taylor solidified himself at linebacker for the Mustangs. Official statistics were not available from the team.

“It’s cool,” Taylor said about being back in a football uniform in Gillette. “I like the guys and I’ve made a lot of cool friends doing this.”

Mustangs teammate Alex Noble, 30, immediately noticed Taylor’s leadership skills and has nothing but good things to say about the linebacker.

“He’s a quick guy and he’s smart,” Noble said. “He’s one of those guys that gets better and better as the weeks go by.”

Taylor originally moved back to Gillette after graduating from college in Nebraska. After a few months of being back, he started to hear some buzz about a new indoor football team coming to town to play in the Champions Indoor Football League (CIF).

“I called the coach and they ended up watching my film,” Taylor said. “They called me back, and so I ended up just kind of coming here.”

The Mustangs have started the season with three straight home games with anywhere between 3,600 to 4,100 fans at each. Taylor said he’s recognized a lot of faces in the crowd from his time playing at CCHS.

The road back to Gillette

Taylor was a three-sport standout at CCHS his senior season in 2015-16. He was named all-state in football for a third straight year with 71 assisted tackles, 48 unassisted tackles and 10.5 tackles for loss. He also ran for 265 yards and scored six touchdowns.

“Zach was easily the best middle linebacker and fullback to come through Campbell County,” said CCHS coach Andrew Rose. “Without a doubt.”

In the winter, Taylor won his first state wrestling title at 220 pounds. He pinned Kelly Walsh’s Gabriel Baldwin in 4 minutes, 54 seconds to finish the season 35-2.

Taylor capped off his senior year by winning the Class 4A state shot put title in the spring after having not competed in track and field until his senior season. His throw of 51 feet, 3 inches during the state outdoor meet was more than a foot farther than second place.

Taylor committed to play football for the University of Wyoming and redshirted his freshman year. But in 2017, he, along with two other Cowboys, were dismissed for violating team rules, according to wyomingnews.com.

From there, Taylor went on to play linebacker for Peru State College in Peru, Nebraska. In 2018, he was named as the conference’s freshman of the year and Heart of America Athletic Conference second team all-conference.

The Bobcats compete at the National Association of Intercollegiate Athletics (NAIA) level.

Taylor graduated from Peru State last year with a degree in criminal justice but decided he wasn’t quite ready to hang up the cleats after hearing about the opportunity in his hometown.

The calling to play for the Mustangs has rekindled his desire to compete and win. At CCHS, Taylor and his teammates lost in the state championship game his junior year (30-7 to Natrona County) in 2014 and his senior year (38-31 to Sheridan) in 2015.

Now the focus is to bring that first CIF title home to Gillette in the Mustangs’ first year of existence.

“I want to finish the season out with these guys and I want to do good,” Taylor said. “I want to win a championship with them.”

Taylor still has dreams of making that next step in his professional football career after his first season playing back in Gillette.

While he wouldn’t be picky about where he ends up, his most preferred destination would be Miami.

“I like the Dolphins,” Taylor said. “But I’d go anywhere.”