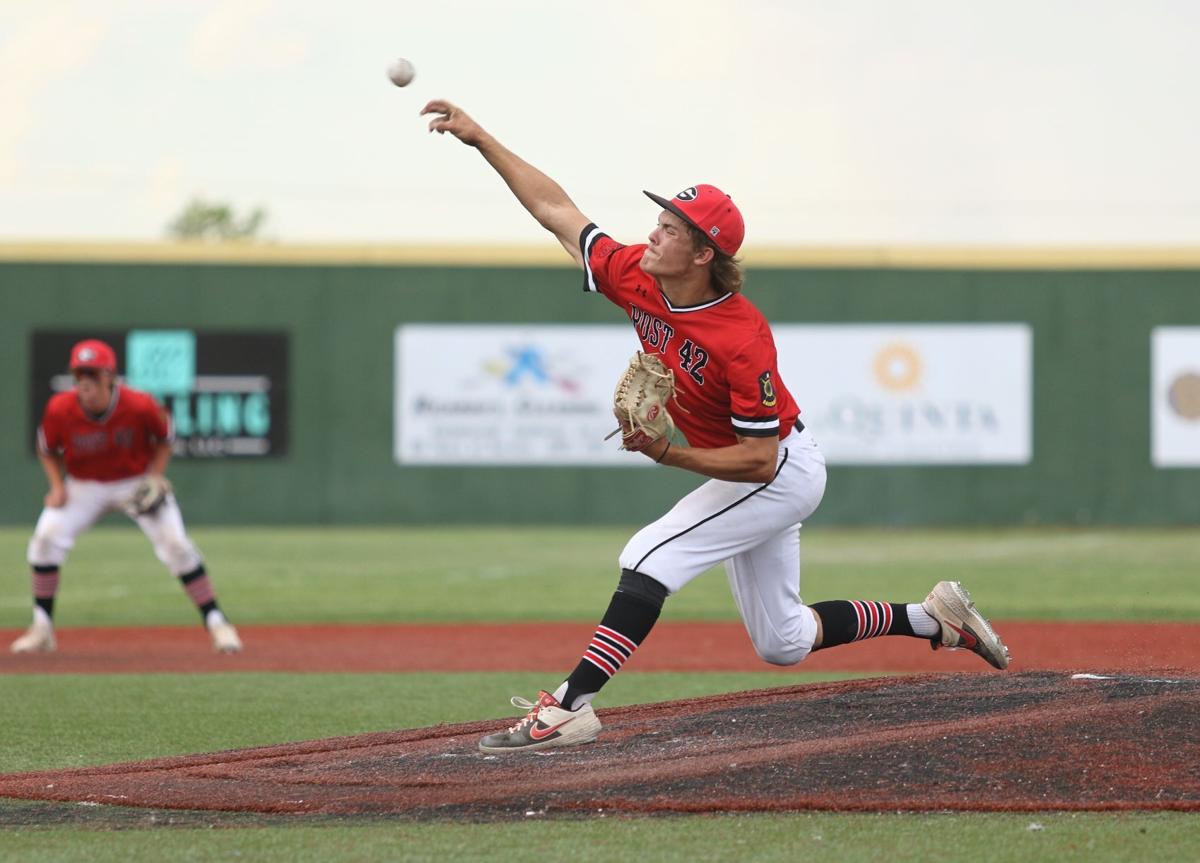 Roughriders junior Kaden Race fires a pitch to the plate earlier in the season against Cheyenne Post 6. Race won Wyoming’s pitcher of the year. 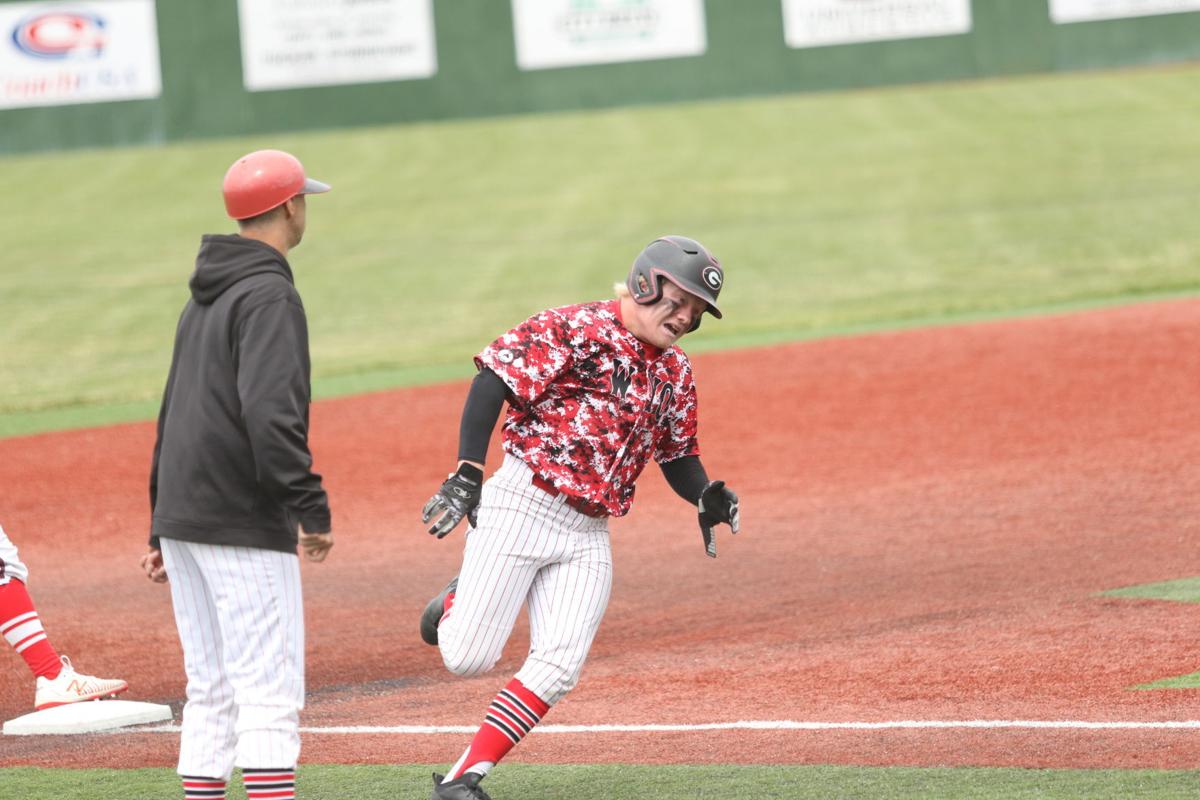 Roughriders junior Kaden Race fires a pitch to the plate earlier in the season against Cheyenne Post 6. Race won Wyoming’s pitcher of the year.

The Roughriders won 12 state awards at the conclusion of the AA American Legion baseball season.

Gillette had five players selected to first-team all-state and four more earning second-team honors. Roughriders also won the co-player of the year, pitcher of the year and coach of the year.

“That state title was definitely the goal,” said senior Hayden Sylte. “You have to have a lot of things go right, but the awards just show how good this team really was.”

It is the third straight year Sylte and Powell earned first-team honors. Race and Richardson were both second-team selections in 2019.

Lewis, who earned his first all-state selection this year, was the Roughriders best player in the month of July. In 66 games, Lewis hit .427 with 79 hits and 76 RBIs.

Fink and Brown were both honored for the first time while Newlin and Rivenes both received the second-team nod for the second straight season.

The AA Wyoming Co-Player of the Year award went to Powell, a college-returner from Montana State University-Billings.

Powell hit .397 on the season and led the team in home-runs (10) and RBIs (82). He also broke the single-season doubles record for Gillette with 30.

“It would have been weird if I didn’t get better every year,” Powell said. “This was one of the best seasons I’ve ever played.

“If you put in time and effort and you really care about something, it will reward you in the end. It’s a good way to go out.”

Race was the AA Wyoming Pitcher of the Year.

Race led the team in innings pitched with 61 and accumulated a 1.72 ERA on his way to an 8-1 record. He struck out 74 batters and held opponents to a .207 batting average.

Race is the sixth Roughrider pitcher in seven years to win the award. Sylte, who won the award last season, said it was “special” to pass the torch to a teammate.

“He had a great season. He was dominant,” Sylte said. “I’m really happy for him after seeing all the work we put in together. I get to see all that growth firsthand.”

The 12th and final award for Gillette was the AA Wyoming Coach of the Year to Perleberg.

Perleberg coached the veteran Roughriders team to a 52-15 record despite worries that the season would be cut short or canceled completely because of COVID-19. Gillette also won three tournaments during the regular season.

“I think everybody knew that we were the best team they’d seen in the state and other coaches in the state recognized that because it had to come from somewhere,” Powell said, “(Perleberg) prepared us very well and created great baseball players and I think other coaches really pick up on that.”

Sylte said Perleberg was a big part of how the Roughriders were able to have a season in the first place.

“He does a great job with us,” Sylte said. “You can just tell how much he loves the game and the team. The way he manages the program is awesome to be a part of.”

The Roughriders had a starting rotation of seven pitchers this season. All seven were all-state honorees.

Gillette ended the season with an 8-1 loss to rival Cheyenne Post-6 in the state championship game in Rock Springs. While many of the Roughriders appreciate the awards, a state title is the ultimate goal for American Legion baseball.

“Personal awards aren’t everything, but it feels nice to be recognized by the teams you’ve played all year and your whole life,” Powell said. “It shows that the work you put in pays off.

“It just goes to show how tough the game of baseball can be. You can have the best players and the best team and the best coaches and it just comes down to one day.”