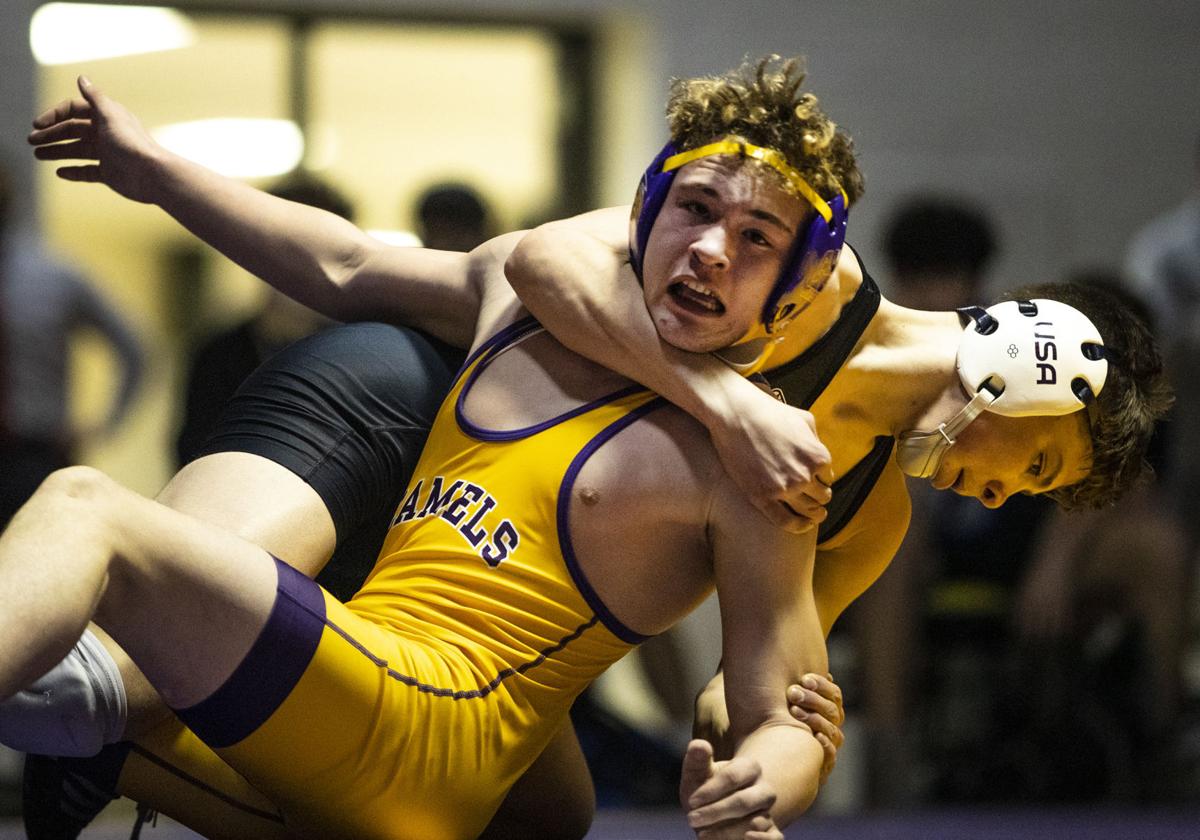 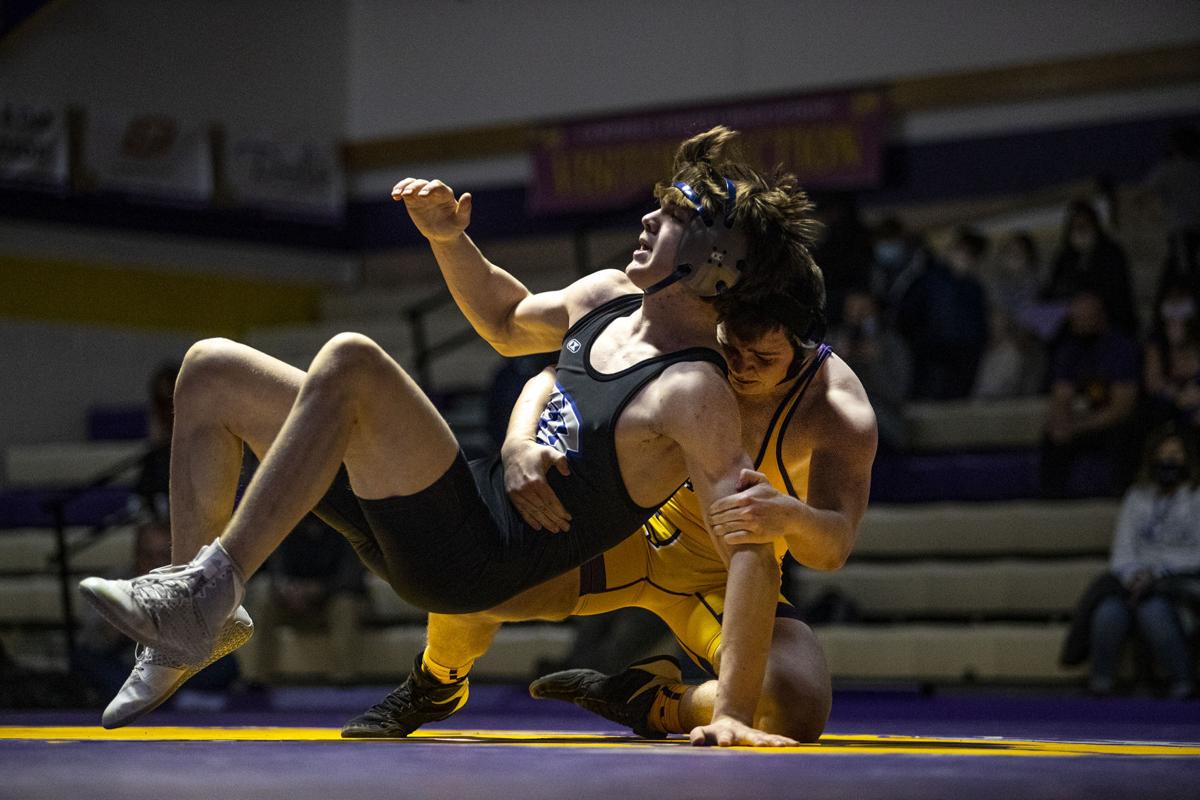 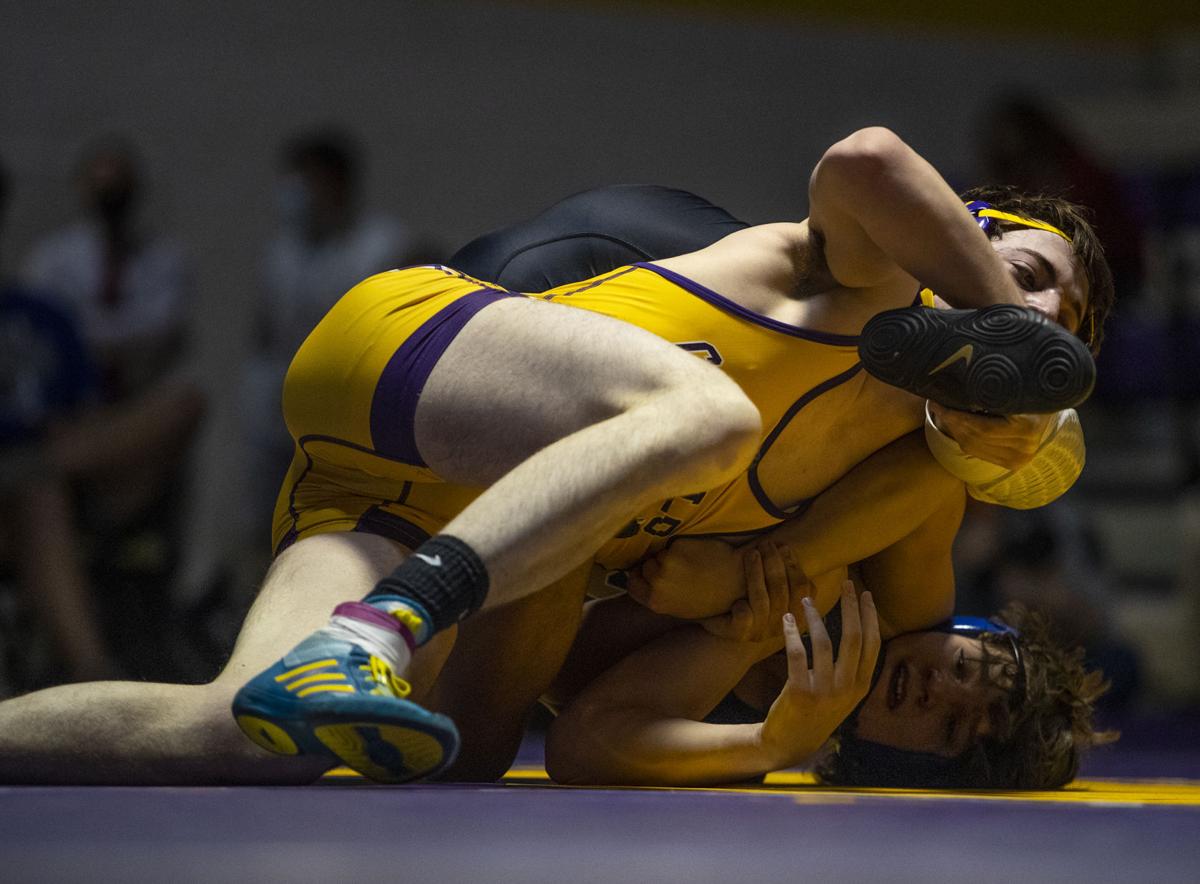 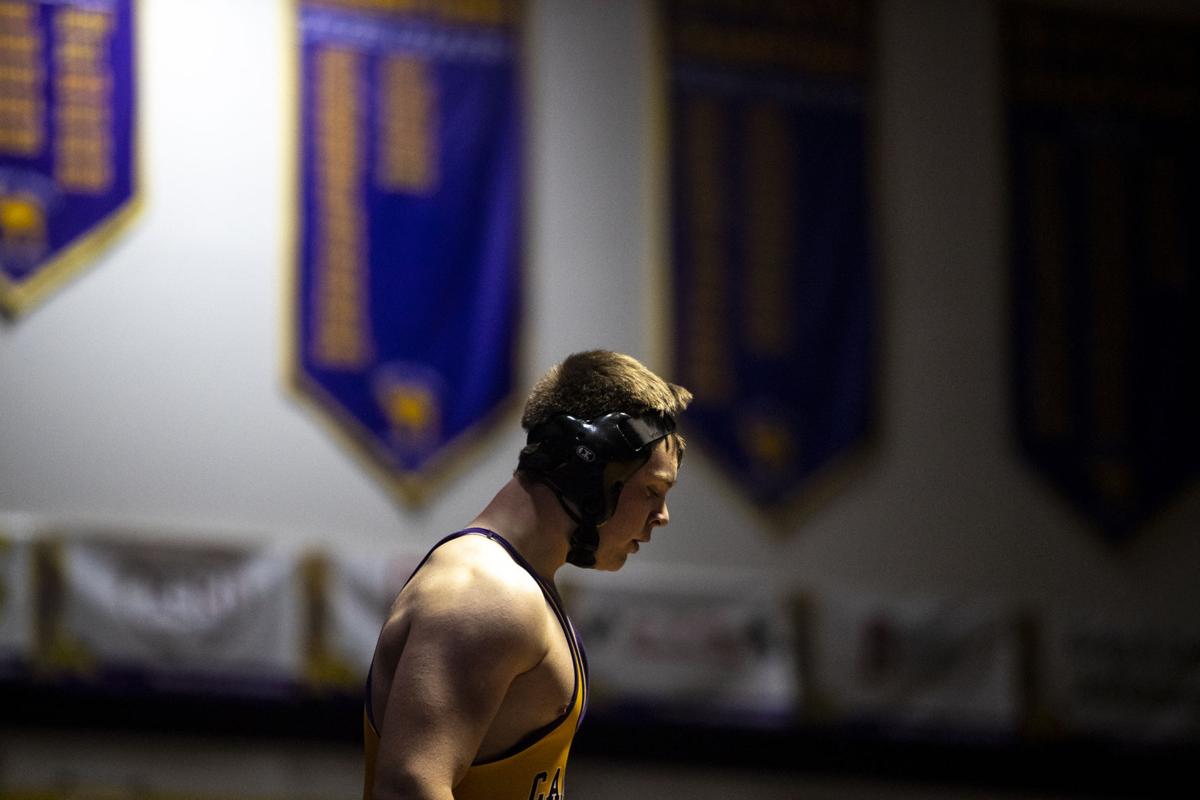 Campbell County wrestler Kendall McKee walks across the mat prior to his match against Thunder Basin High School Bolt Garrett Toohey in the 170-pound weight division Tuesday evening at CCHS. 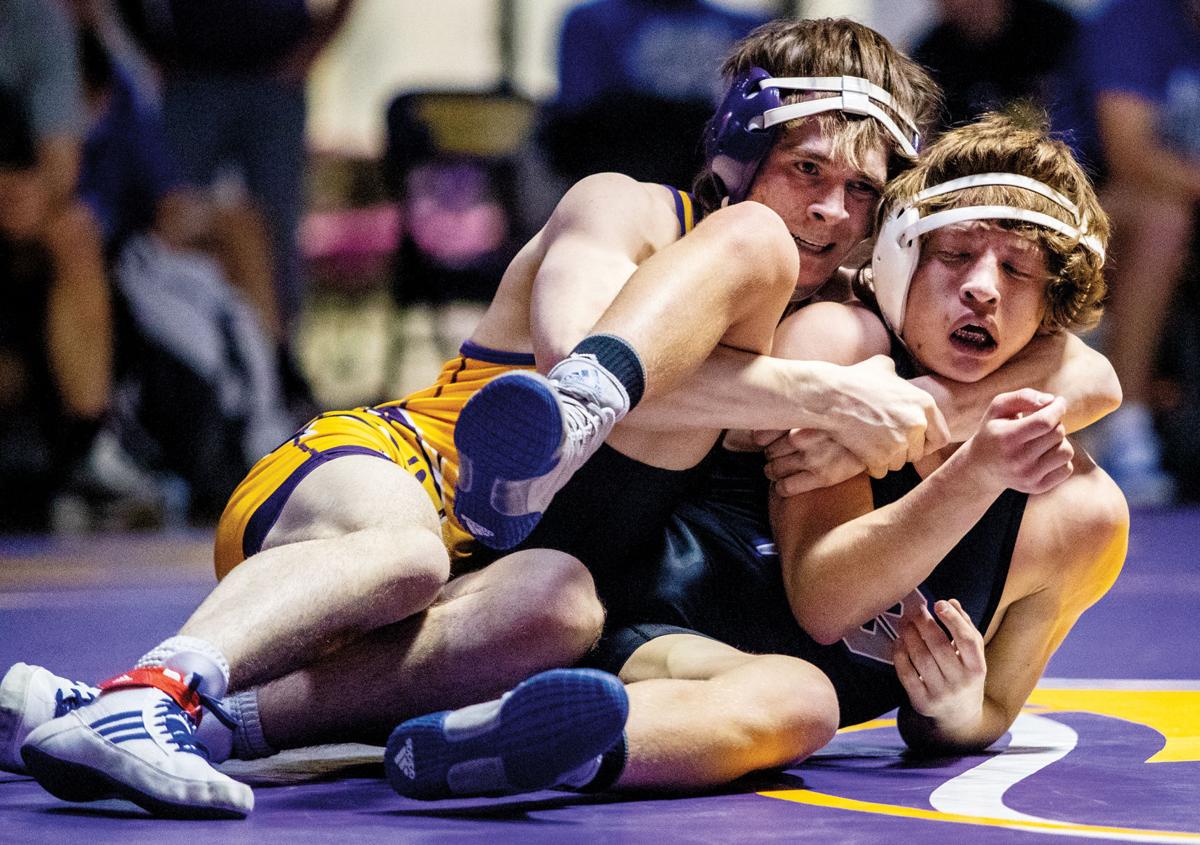 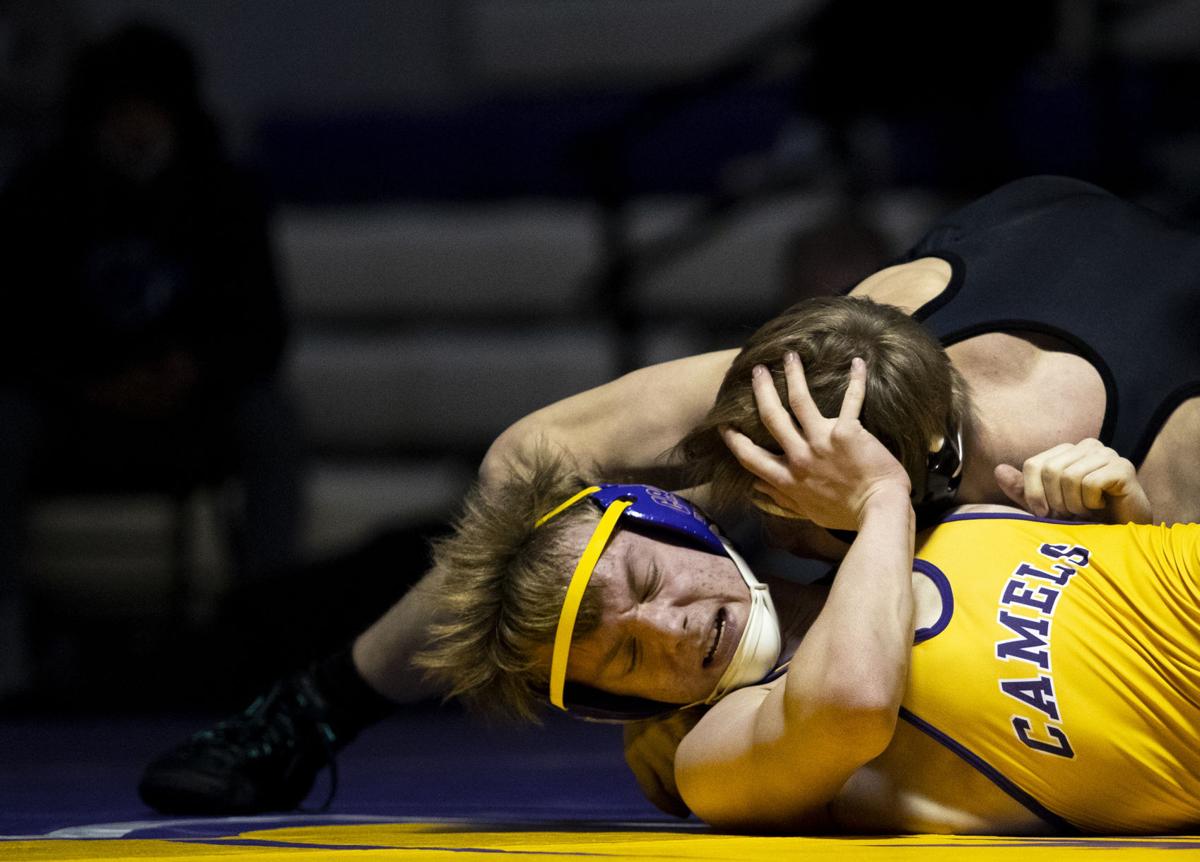 Campbell County wrestler Kendall McKee walks across the mat prior to his match against Thunder Basin High School Bolt Garrett Toohey in the 170-pound weight division Tuesday evening at CCHS.

The Thunder Basin and Campbell County high school wrestling teams went head to head on the mat Tuesday night, with the Bolts coming away with a 66-18 victory.

The Camels were able to stop Thunder Basin's momentum in the heavyweight division, with senior Colter Rankin pinning Dylan Skillings. The Bolts were able to answer right back at 106 pounds with Blaize Burrow pinning Campbell County's Hayden Welsh.

Thunder Basin's Antonio Avila won by forfeit at 113 pounds before the Camels won at 120 pound with Colt Welsh's pin of Alex Draper. At 126 pounds, Bolts' Jeric Igo won by forfeit before Campbell County's Lucas Hill finished out the dual with a pin over Jais Rose.

"I feel pretty good with how I did," Welsh said of his win at 120 pounds. "I did better than what I expected."

Jorgenson, who won at 182 pounds, said every time he steps onto the mat, he expects to win.

"I dedicate my time to this," Jorgenson said. "Going out there and winning is what I practice for so I guess it just feels natural (to win)."

Both Campbell County and Thunder Basin will travel to Worland next for duals with Cody, Star Valley and Worland Friday.