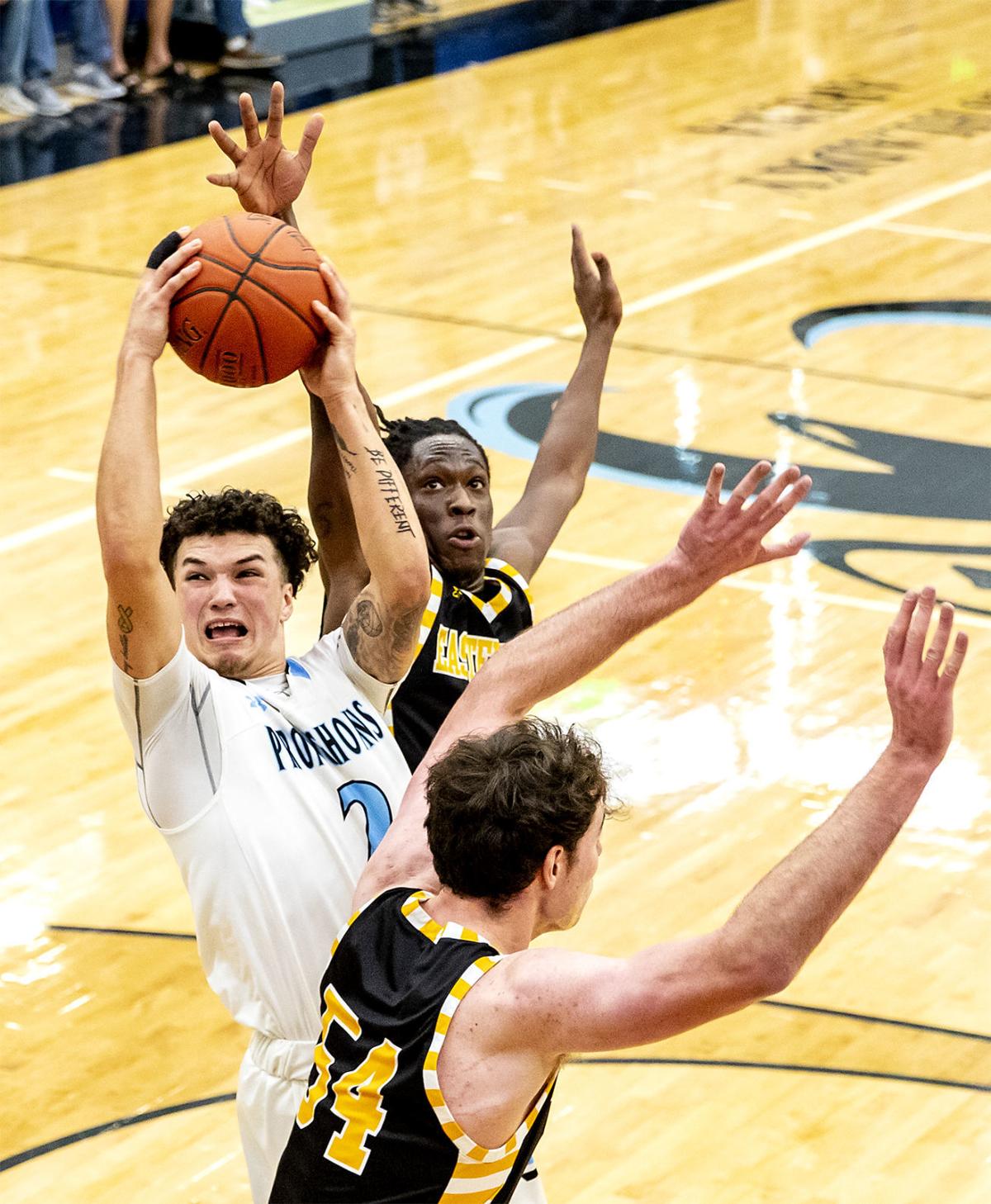 Gillette College sophomore Mason Archambault leaps through the Lancers’ defense for a basket this season. Archambault has committed to play at the University of South Dakota. 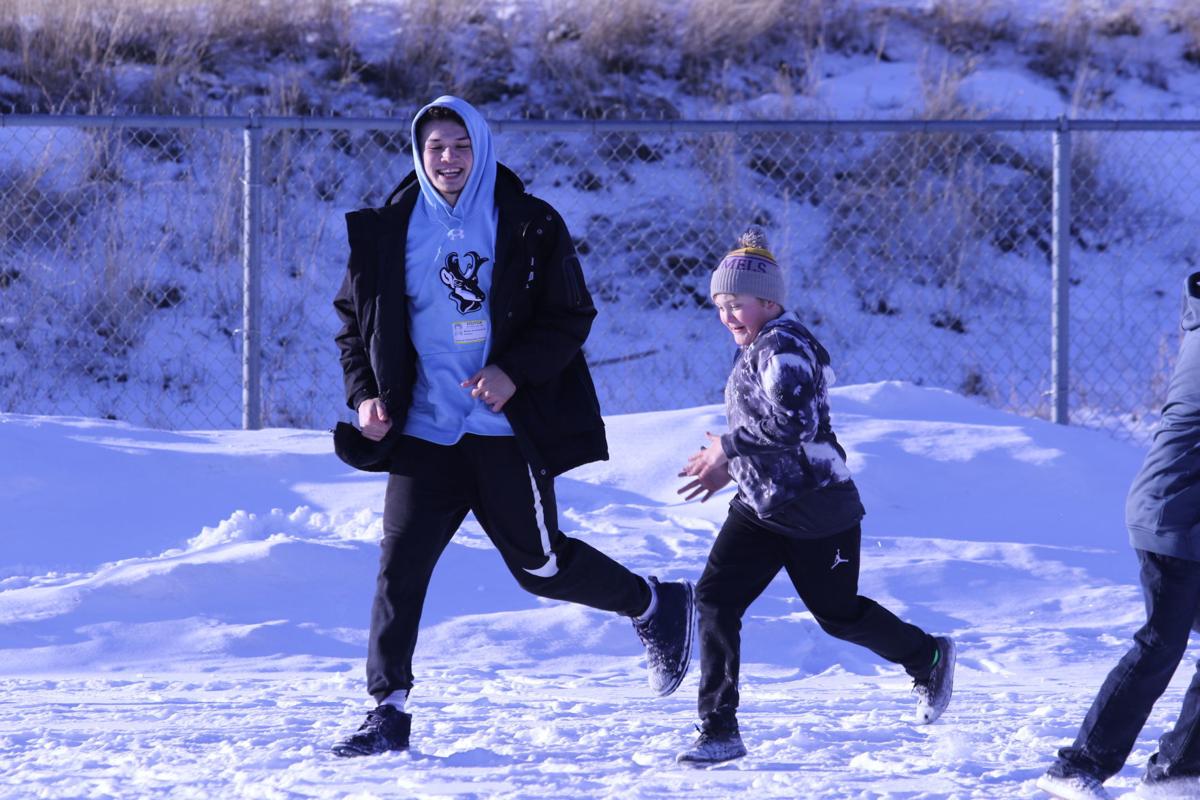 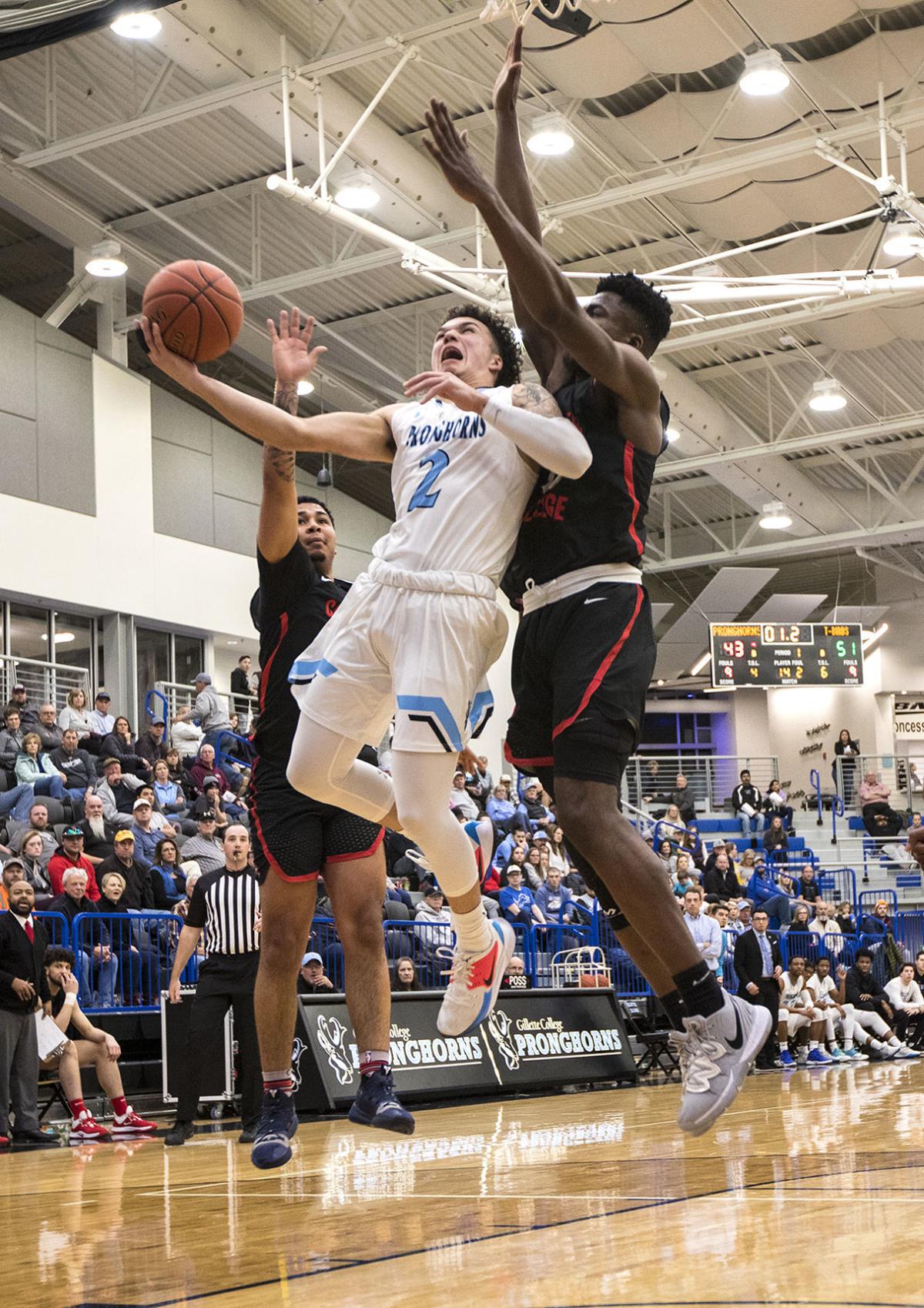 Gillette College sophomore Mason Archambault (2) drives to the basket during a game against Casper College this season at the Pronghorn Center. Archambault has committed to play for the University of South Dakota next year.

Gillette College sophomore Mason Archambault leaps through the Lancers’ defense for a basket this season. Archambault has committed to play at the University of South Dakota.

Gillette College sophomore Mason Archambault (2) drives to the basket during a game against Casper College this season at the Pronghorn Center. Archambault has committed to play for the University of South Dakota next year.

Mason Archambault is returning to South Dakota to join the Division I basketball ranks.

The Gillette College sophomore, who played prep hoops in Rapid City, South Dakota, announced Tuesday that he has committed to the University of South Dakota. Archambault called it a dream come true and said USD was the school he wanted to play for “since I came to Gillette.”

“Going Division I has always been a dream of mine,” Archambault said. “I’ve had my mind set that I really wanted to go to this school.”

During his first couple of years at Rapid City Stevens High School, Archambault had the usual dreams of playing on a power-5 college team like North Carolina. But the powder-blue jersey he wore was at Gillette College, which provided plenty of challenge for the sharp-shooting point guard.

“I grew so much from high school to the end of that first year at Gillette,” Archambault said. “I had to change so much and so fast to compete.”

Archambault averaged 15.5 points per game as a freshman at Gillette College and shot 38% from 3-point range, much of the time with a broken nose and broken hand, Gillette College coach Shawn Neary said. His stats didn’t take much of a jump as a sophomore (13.8 PPG), but both he and his coach said Archambault made progress.

“By the time he came back for his sophomore year, he just had that leadership. He had that toughness, that determination. He had such a presence for us this year,” Neary said. “He’s just a calm, tough, competitive guy. The players respected him from Day One.”

Archambault has played against some of the top-ranked junior college players in the nation. But now he will be joining a Coyote team that USD coach Todd Lee told him could make a run to the national tournament. Archambault knows it’s going to be a different level of competition.

“Now I have to make another jump,” he said.

The first contact University of South Dakota made with Archambault was right after this past season, despite his ongoing interest in the university during his two and a half years at Gillette.

With all the uncertainty with COVID-19, in-person recruiting and on-campus visits were not allowed. Archambault said his recruiting process was conducted through “pretty much phone calls every day and texts.”

During those conversations, Lee told Archambault that he liked his shooting ability and work ethic, along with the experience and command at the point guard position.

While Lee was clearly impressed with Archambault, Neary thinks that he’ll still be surprised when his new transfer arrives.

“The University of South Dakota knows they’re getting a good player, but I don’t know if they realize just how good of player he is,” Neary said. “That’s how highly I think of Mason.”

Working out and staying in shape has been a challenge, but it got a little easier this week when a friend who is a trainer opened up a gym for him with two courts and a weight room in Rapid City. Before that, Archambault was lifting weights in his basement and playing basketball in the park near his house — certainly a departure from the nearly unlimited access to the Pronghorn Center.

Archambault said he knew next to nothing about Gillette when he arrived as a redshirt freshman, but he ended up forming a relationship with the small community. Neary said he “was a favorite at elementary school readings” and had kids lined up for high fives after every game.

“That’s just the kind of kid Mason is,” Neary said.

Now that Archambault is leaving Gillette and returning to his home state of South Dakota, he knows he’ll remember the way the community treated him.

“I just want to thank the whole Gillette community for being so loving and caring to me for both my years here,” he said.