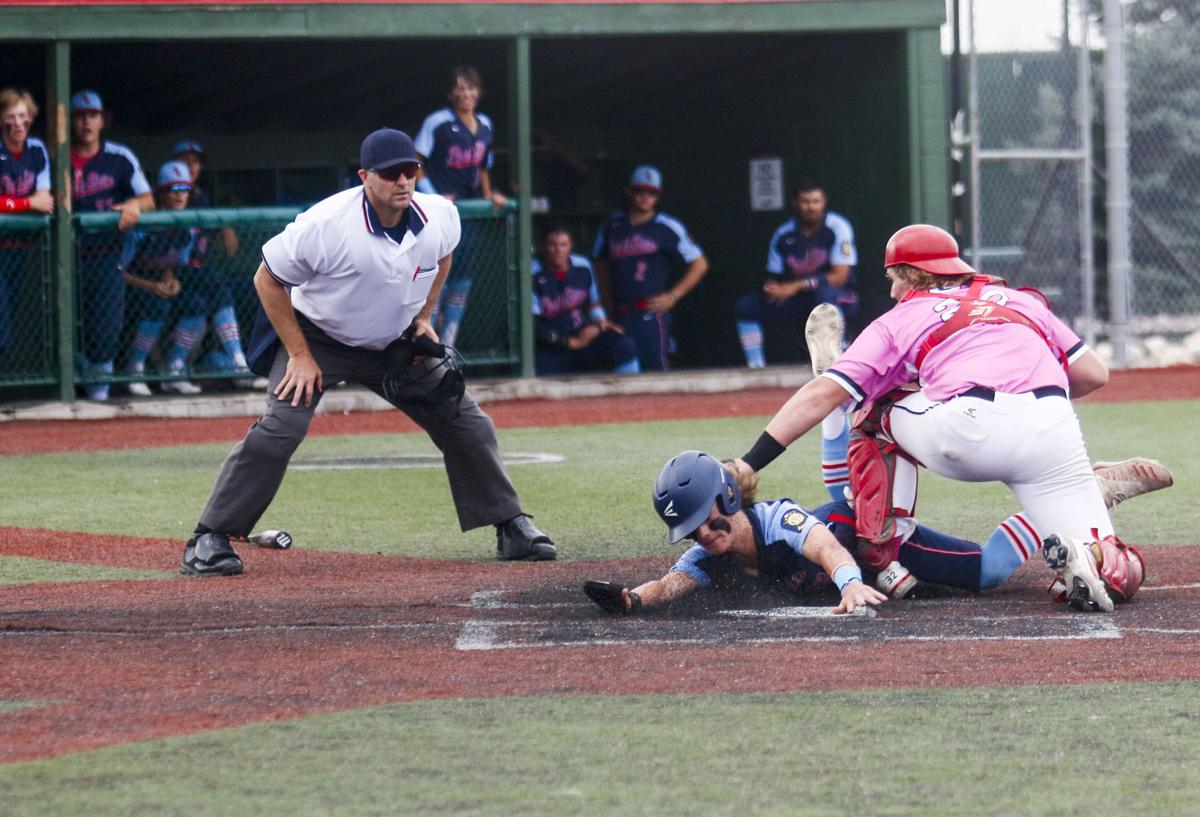 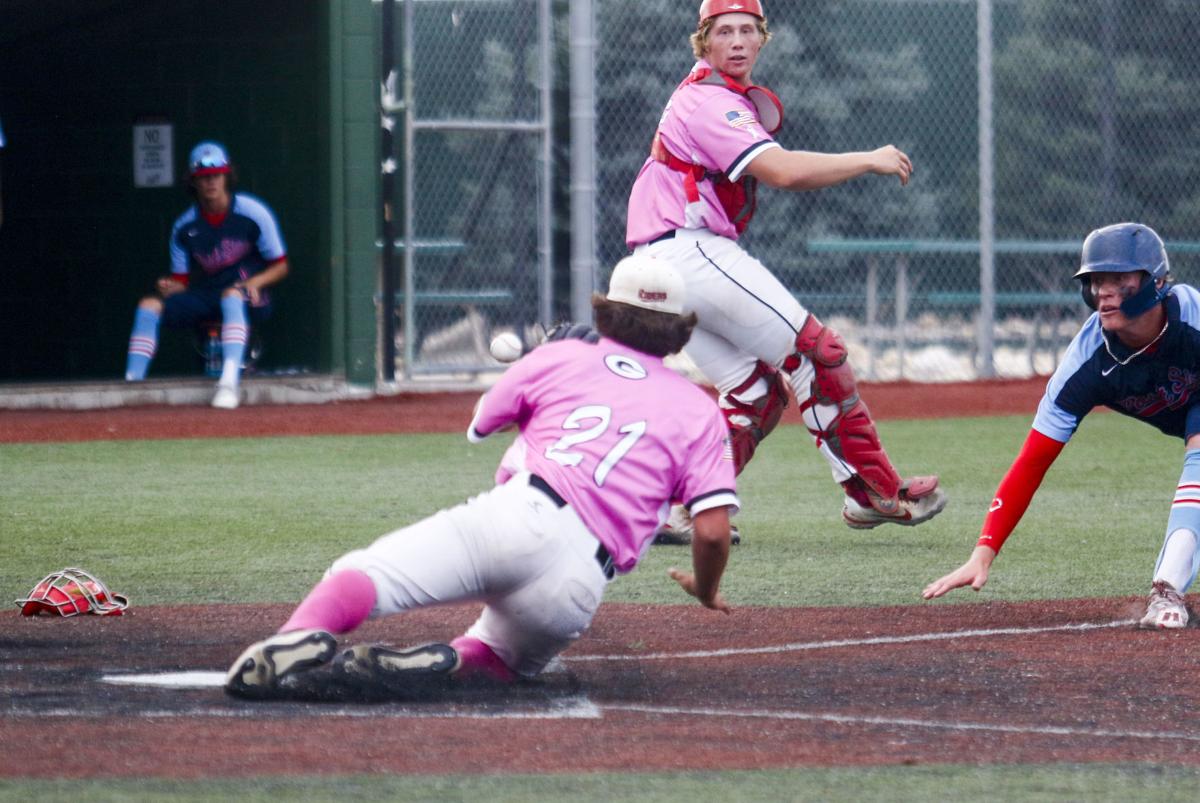 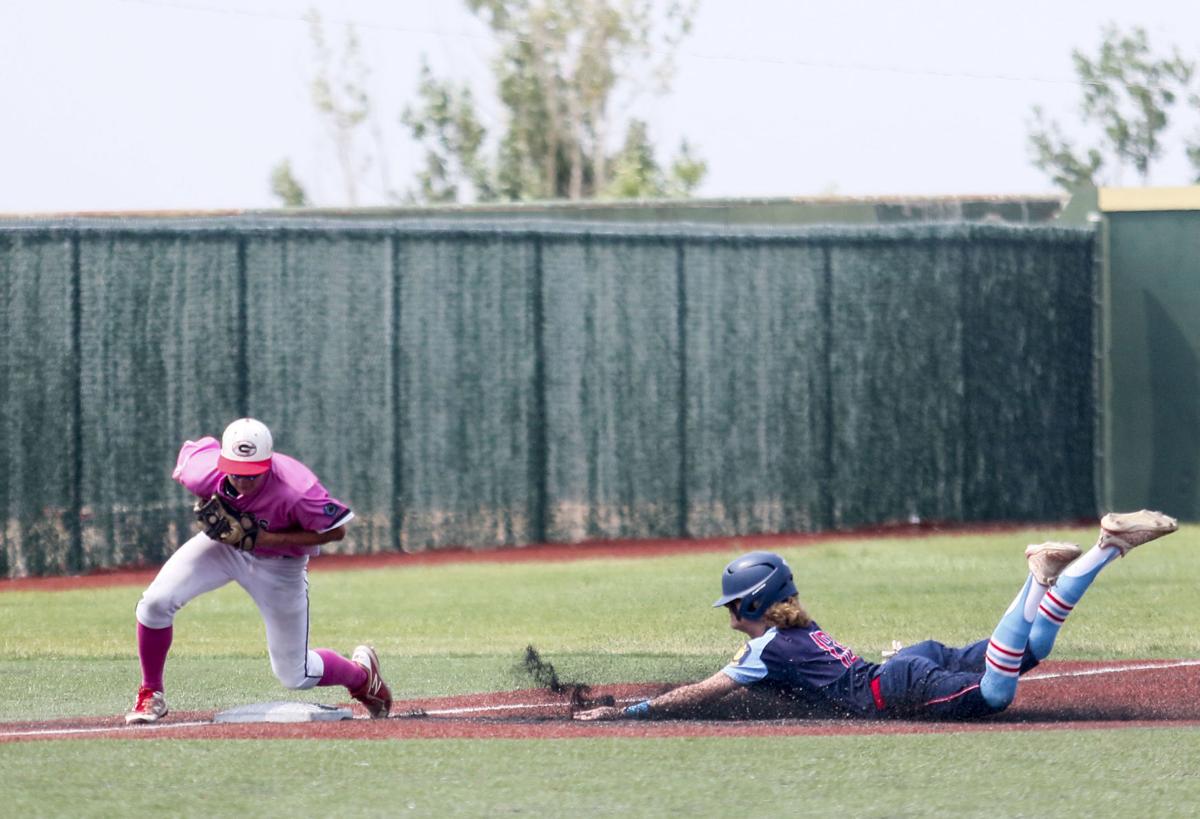 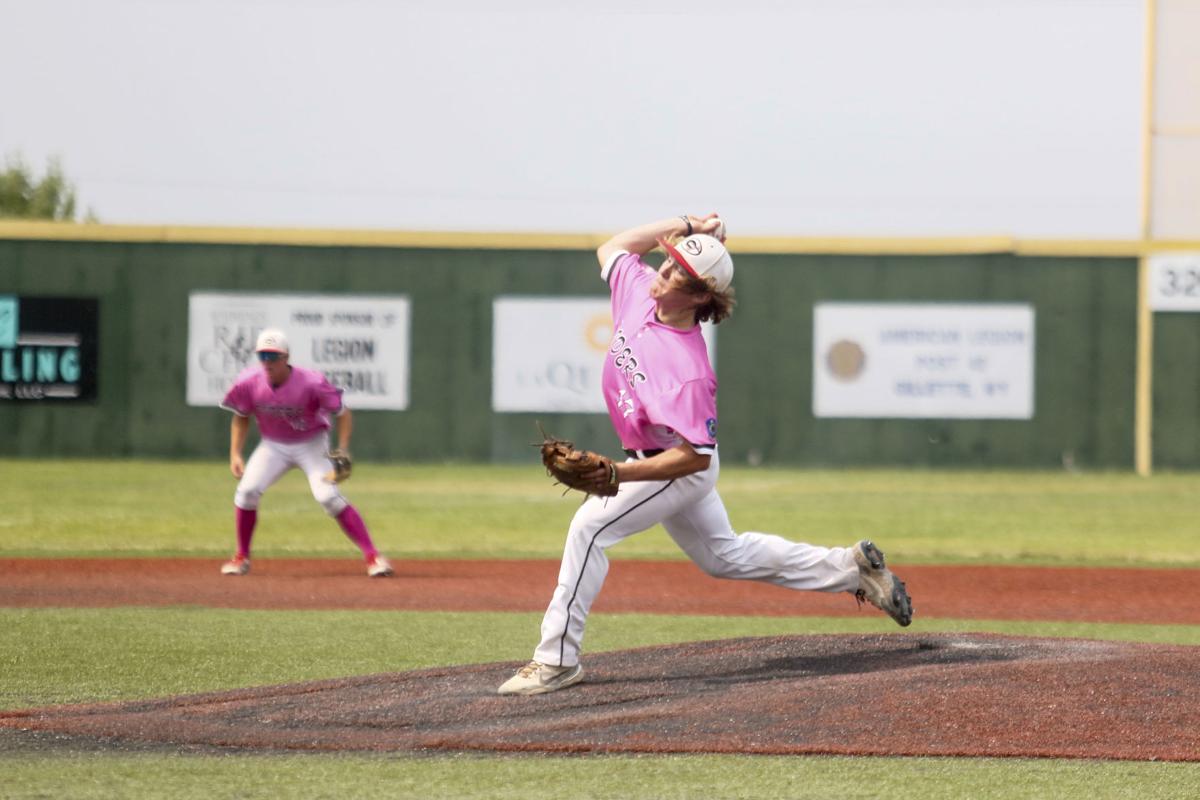 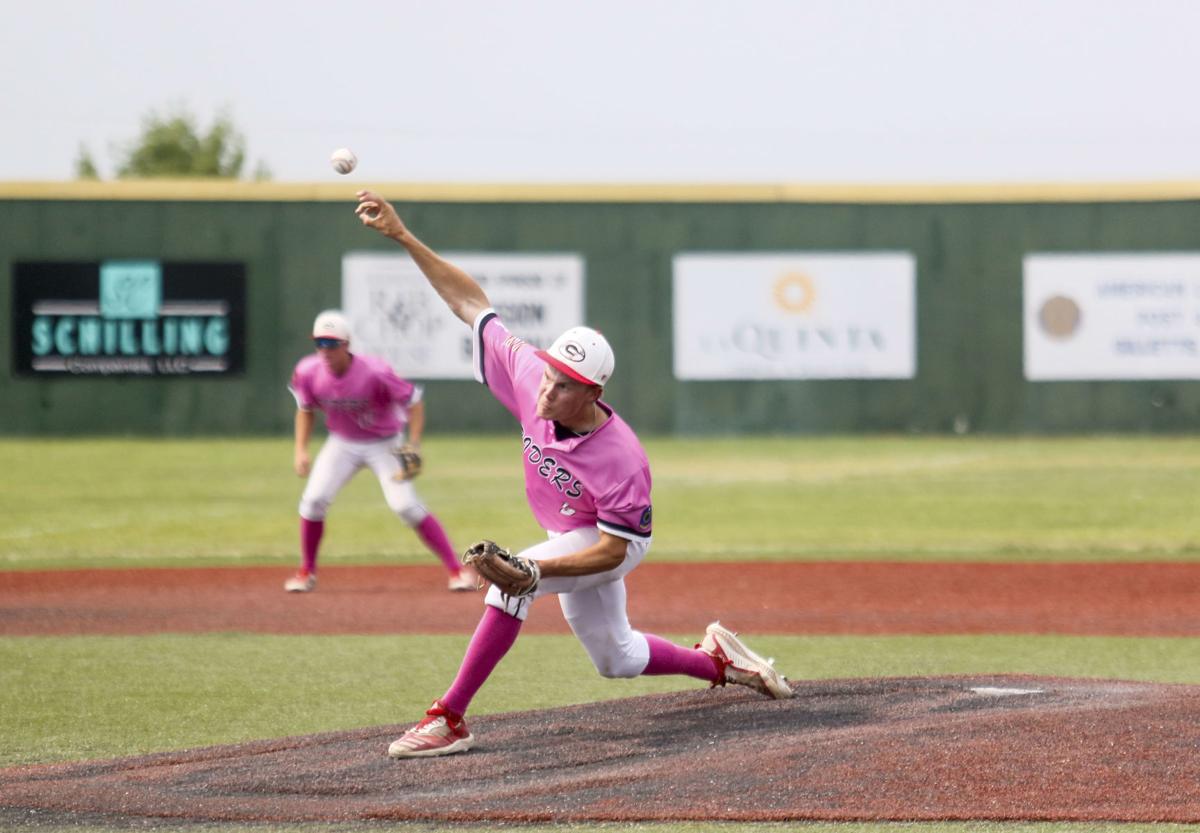 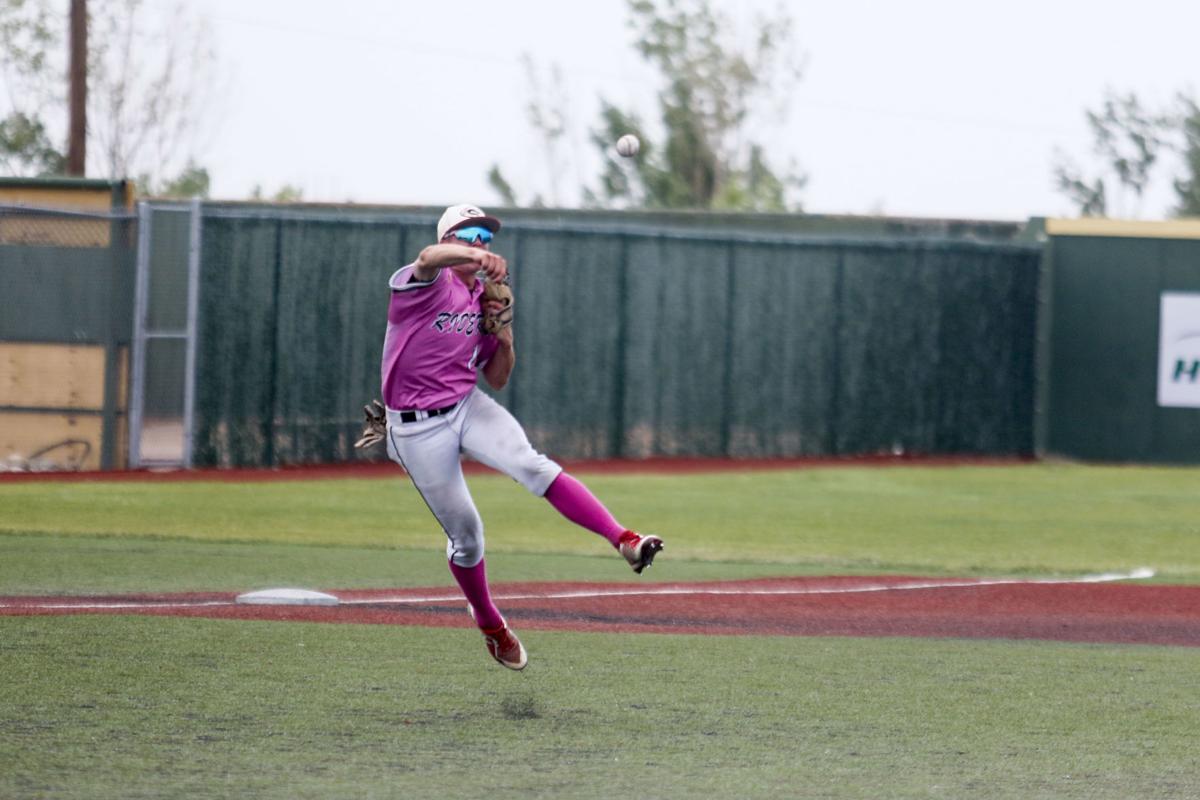 Roughriders third baseman Cory Schilling throws a strike across the diamond during Tuesday's doubleheader against Cheyenne at Hladky Memorial Stadium. 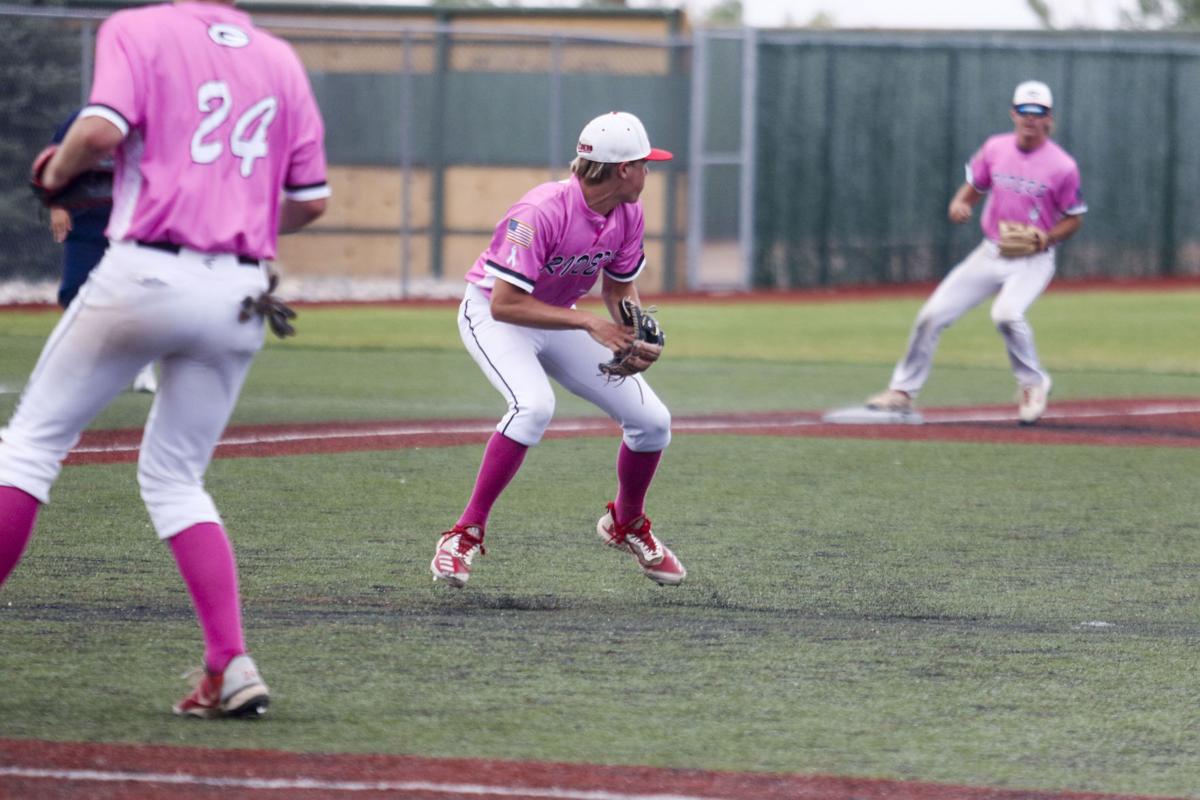 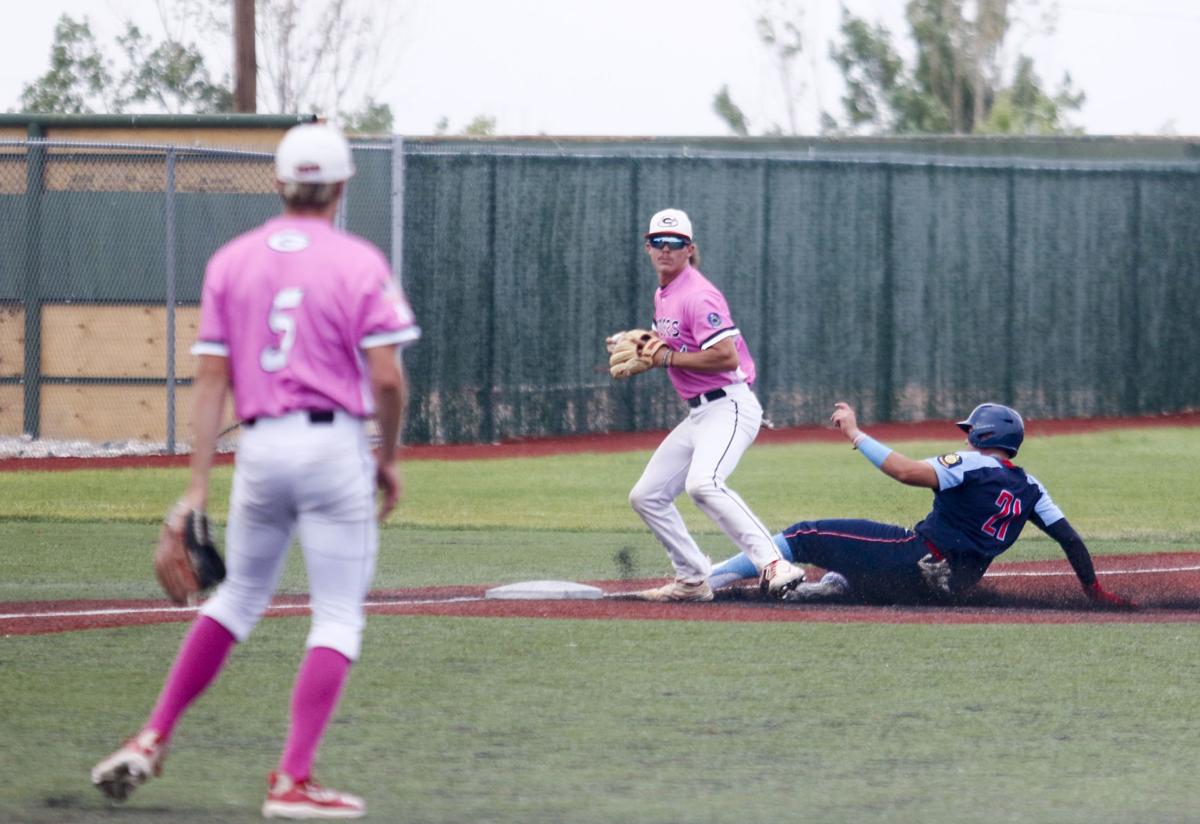 Roughriders pitcher Leigton Holden, at left, throws the ball to Gillette's Kaden Race to get a Cheyenne baserunner out at third base during Tuesday's doubleheader at Hladky Memorial Stadium. 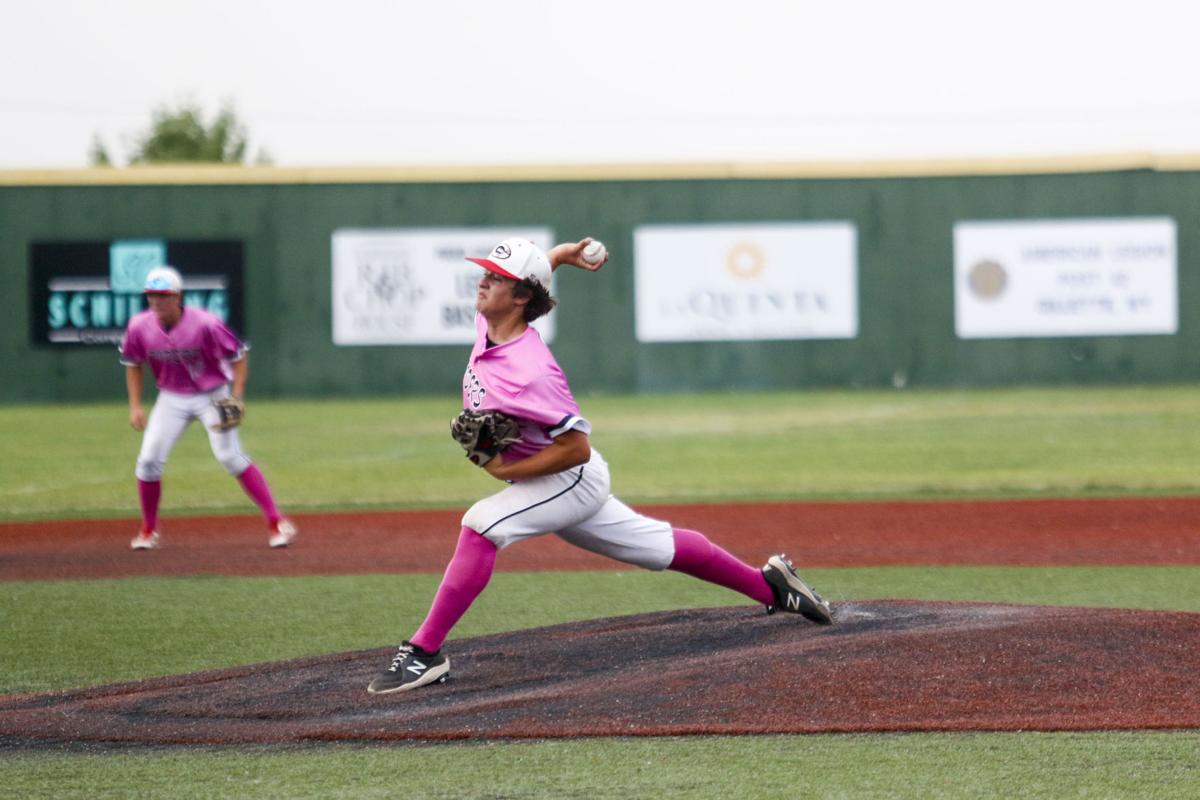 Roughriders third baseman Cory Schilling throws a strike across the diamond during Tuesday's doubleheader against Cheyenne at Hladky Memorial Stadium.

Roughriders pitcher Leigton Holden, at left, throws the ball to Gillette's Kaden Race to get a Cheyenne baserunner out at third base during Tuesday's doubleheader at Hladky Memorial Stadium.

The Post 42 American Legion baseball team dropped a pair of home games to rival Cheyenne on Tuesday, losing game one 5-1 and game two 10-2.

After winning the Phil Brown Classic in Jamestown, North Dakota, over the weekend, Gillette struggled right out of the gate against Cheyenne by committed three errors in the first inning defensively. The Roughriders ended the game with five errors total compared to Cheyenne's one.

Aidan Dorr pitched a solid game but took the loss on the mound, allowing three runs (two earned) on two hits and four walks. Leigton Holden allowed two runs (no earned runs) in two innings of relief while Colton Gray and Colson Kluck each pitched one inning of scoreless baseball.

At the plate, Cheyenne held Gillette to just three hits in the game. The Roughriders' lone run came from Brody Richardson who crossed home plate while Cory Schilling was thrown out trying to steal second base.

In game two, Cheyenne's offense out-hit Gillette 13-5. Cheyenne took an early lead by scoring two runs in the first inning and three more in the second to go up 5-1.

Jason Fink took the loss on the mound by allowing eight runs (five earned) on eight hits while striking out seven in four innings of work. Mason Drube threw three innings of relief and struck out four while allowing two earned runs.

At the plate, Richardson and Joey Sturdevant drove in one run apiece. Matt Newlin led the team with two hits.

While the Roughriders are 46-32 overall, the pair of losses dropped Gillette to 1-9 in conference play. Post 42 will play the last of its conference games at home Wednesday night for senior night against Laramie.

Laramie and Gillette will play at 3 and 5:30 p.m. Wednesday at Hladky Memorial Stadium.

The Class AA state tournament starts next Monday in Laramie.