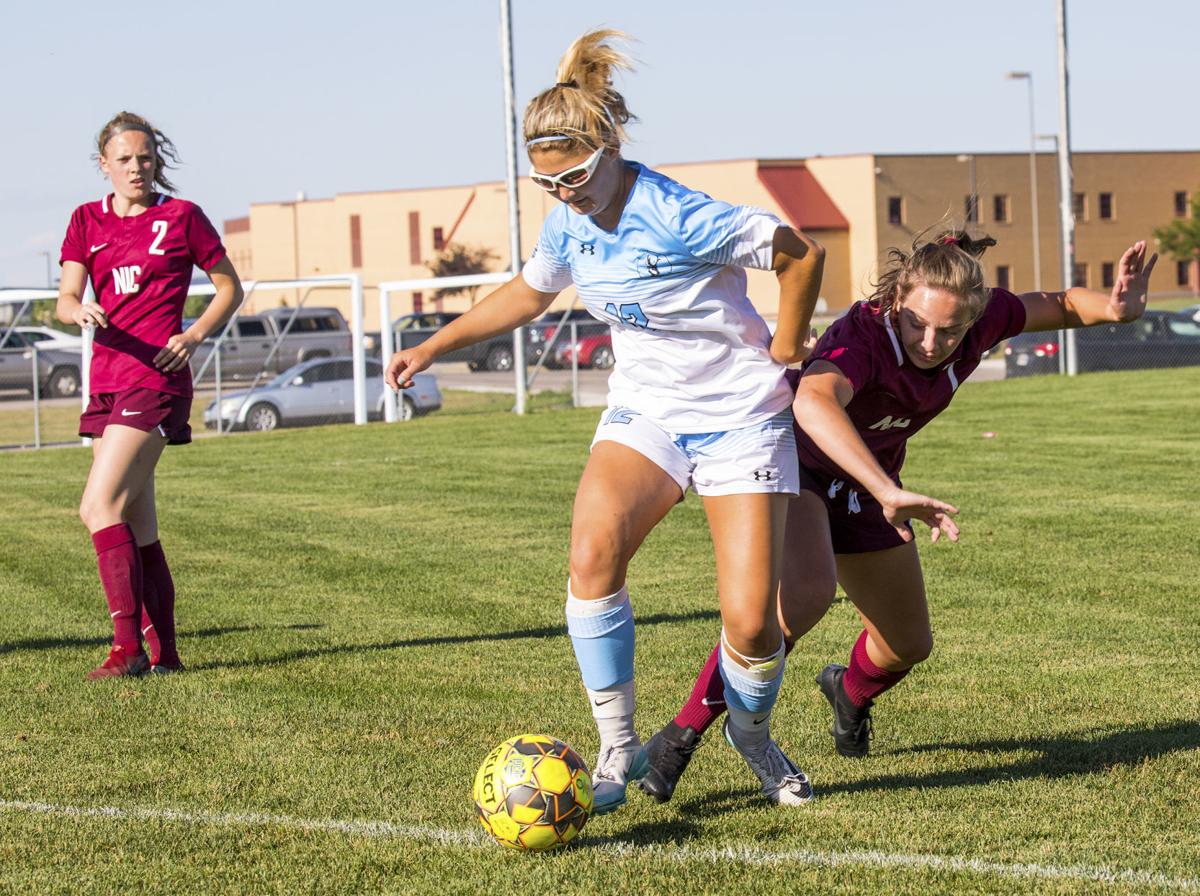 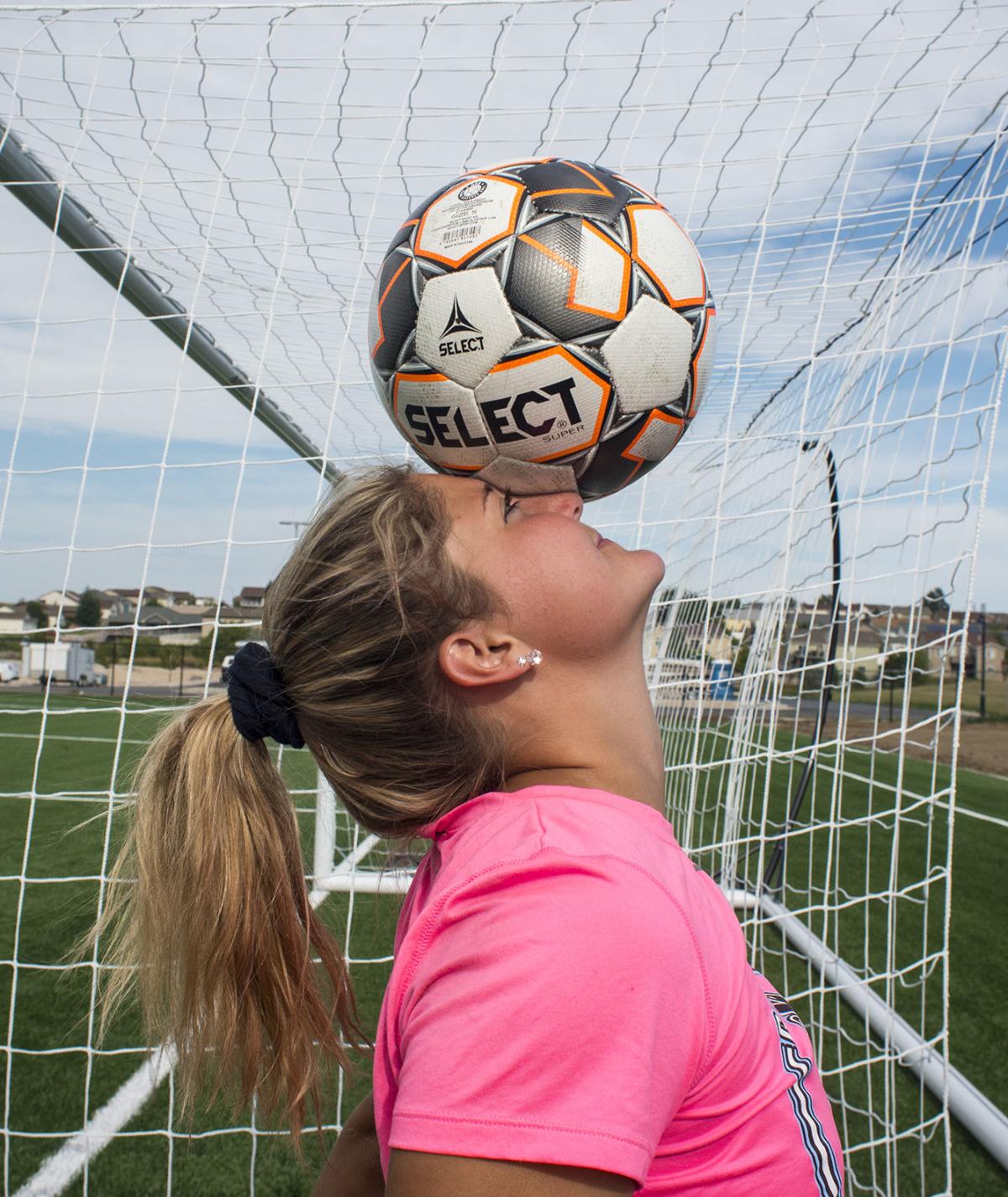 Gillette College Pronghorns Kelsey Hogan (12) stands for a portrait on the Pronghorn field before practice on Tuesday afternoon. 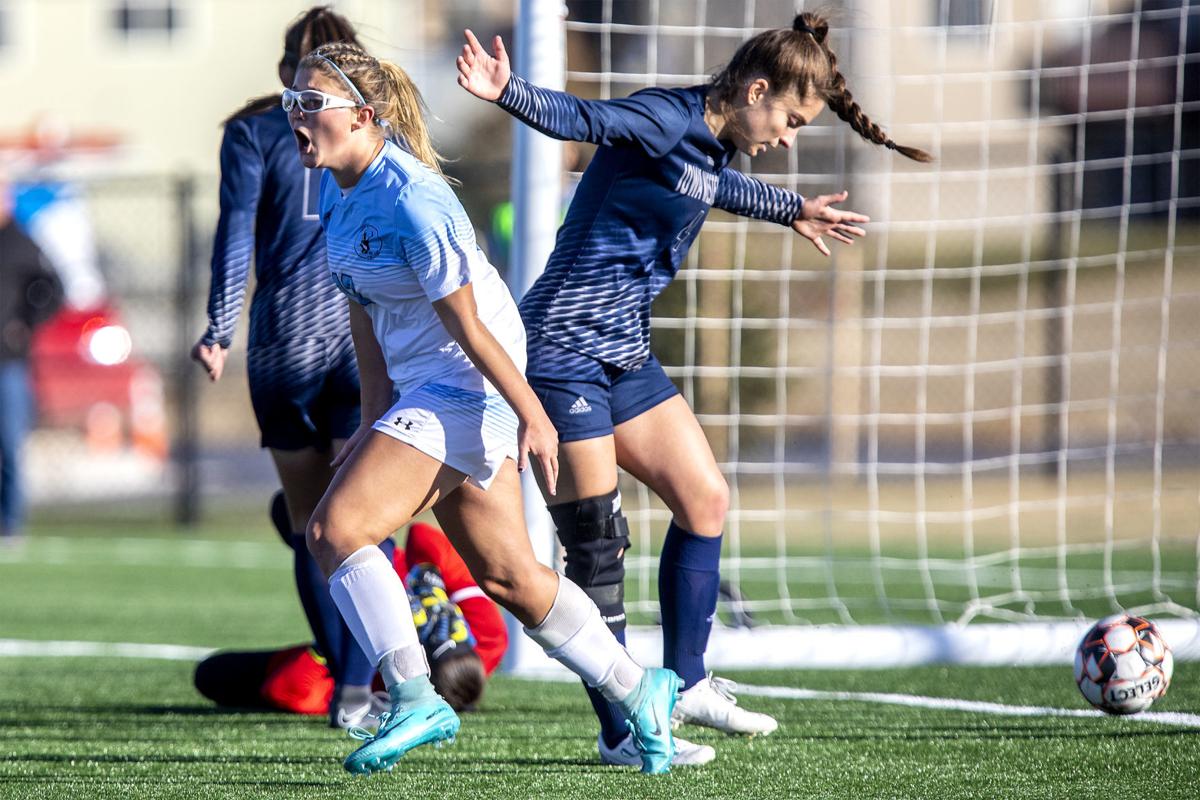 Pronghorns’ Kelsey Hogan runs to her team after scoring a goal against the Iowa Western Reivers in November. The Pronghorns defeated the Reivers in a shootout to become the North Plains District Champions.

Gillette College Pronghorns Kelsey Hogan (12) stands for a portrait on the Pronghorn field before practice on Tuesday afternoon.

Pronghorns’ Kelsey Hogan runs to her team after scoring a goal against the Iowa Western Reivers in November. The Pronghorns defeated the Reivers in a shootout to become the North Plains District Champions.

After two years working on her craft in Gillette, Pronghorns soccer standout Kelsey Hogan will move back to her native Montana to play soccer with Montana State University Billings.

“After I got out of high school I wasn’t even sure if I wanted to play college soccer at all, and then getting the opportunity to play in Gillette and then that just (went) absolutely great,” said Hogan, who verbally committed Monday to the four-year university. “Being able to play on is just really awesome and (it was) one of my goals.”

Hogan, a native of Great Falls, Montana, was a sophomore midfielder with Gillette College in the 2019 season. She was the team’s fourth-leading scorer with 22 points (eight goals and six assists) in helping the team to its first NJCAA Division I Women’s Soccer Championship tournament. She received all-region honors both years as a player for Gillette College.

“She meant a lot to us,” former Gillette College coach Nate Ulness said. “She was definitely someone that the team drifted toward and looked toward for leadership. Her technical ability was off the charts for us and a big reason why we were able to be as successful as we were these last two years.”

Hogan tallied 29 total points in two seasons starting for the Pronghorns. Her favorite moment playing for Gillette College was beating Iowa Western in overtime in the NJCAA North Plains District Championship to send the squad to the national tournament, she said.

“Every experience in this program has been amazing and it makes (me) the person I am today and the player I am today,” Hogan said. “I’m a lot more confident, and props to the program in Gillette. It really forms people.”

She said her father graduated from MSU-Billings when it was named Eastern Montana College. A couple of other teams were recruiting her, but going to a college closer to home was a large factor in her decision, she said.

Hogan plans to stay at Gillette College for the spring semester to complete an associate degree and then transfer in the fall to study secondary education, she said. She plans to become a high school science teacher.

Hogan is the third Pronghorn sophomore to commit to play soccer at a four-year university next season. Ulness said there also are a couple of other sophomores who may commit in the coming weeks.