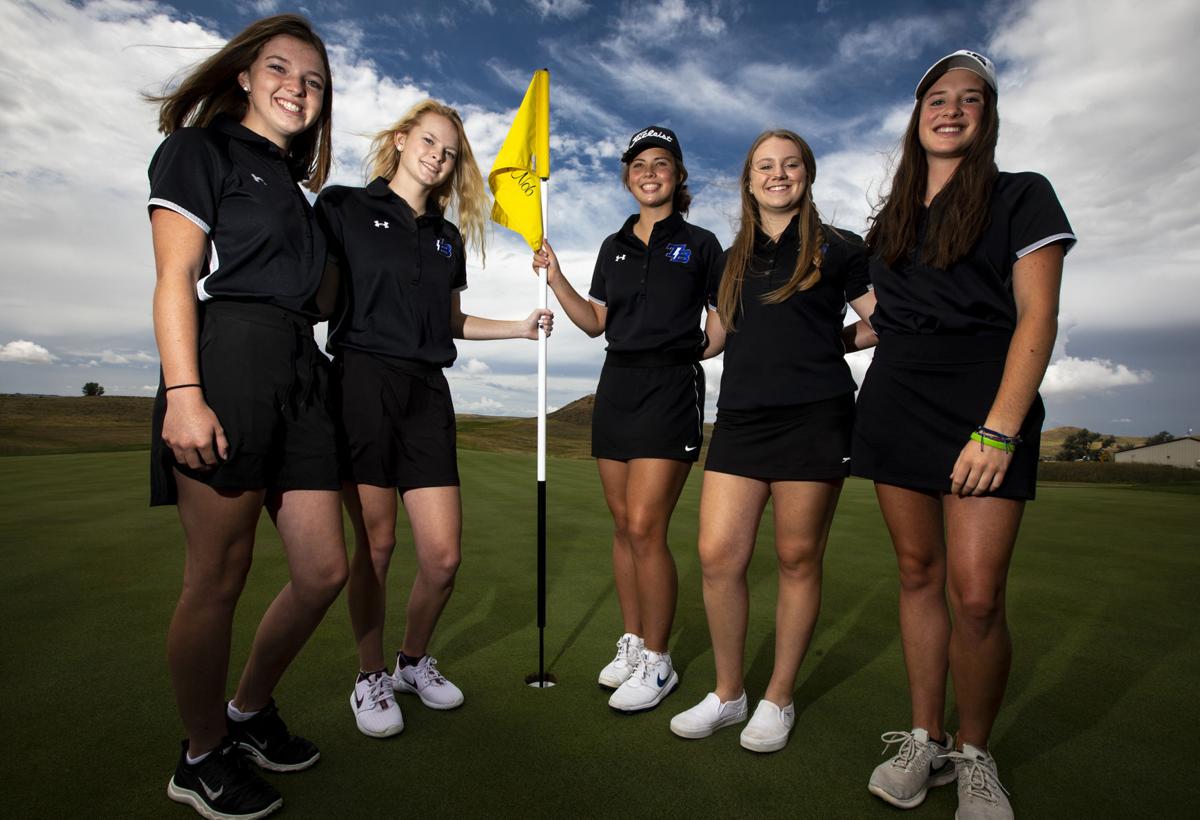 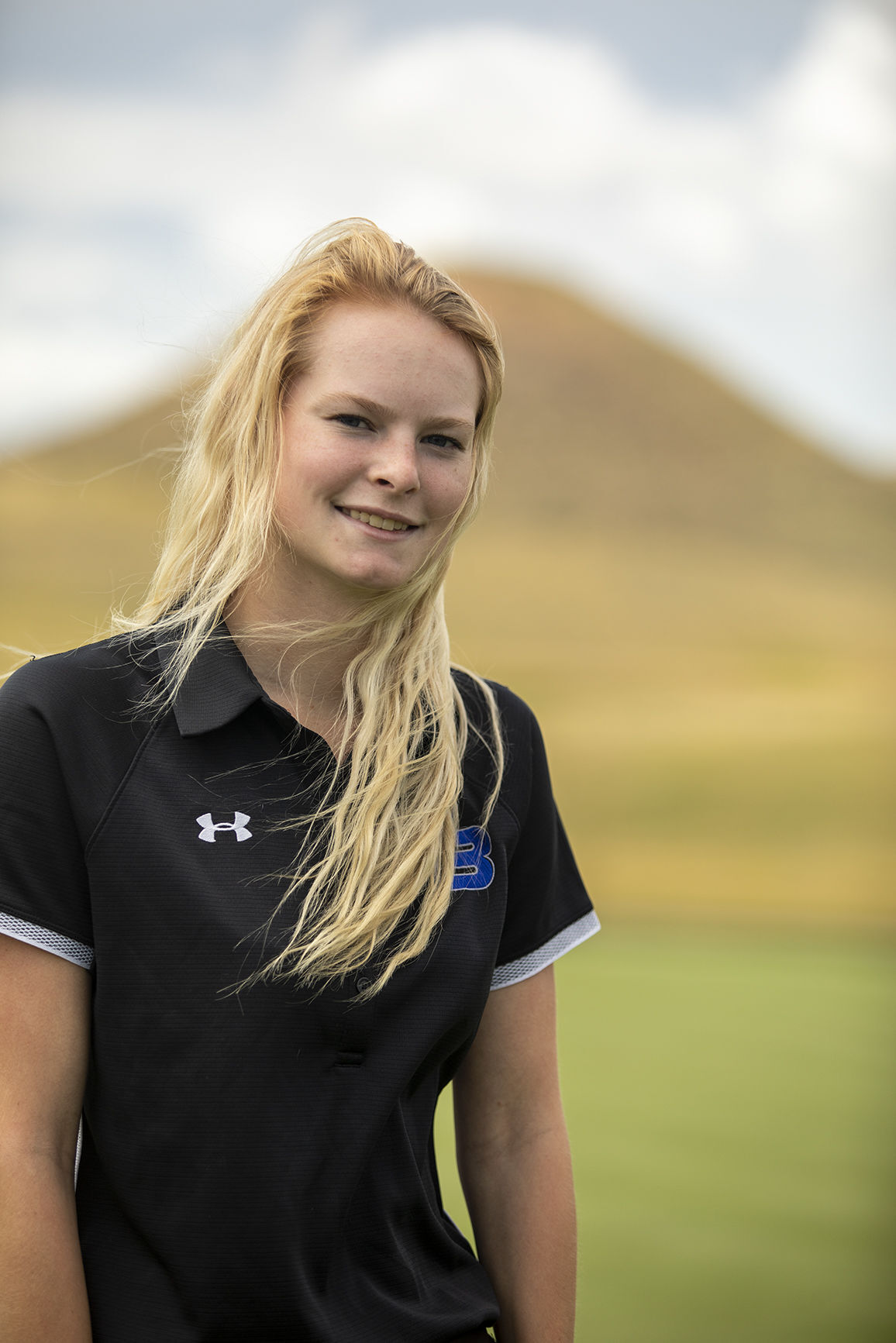 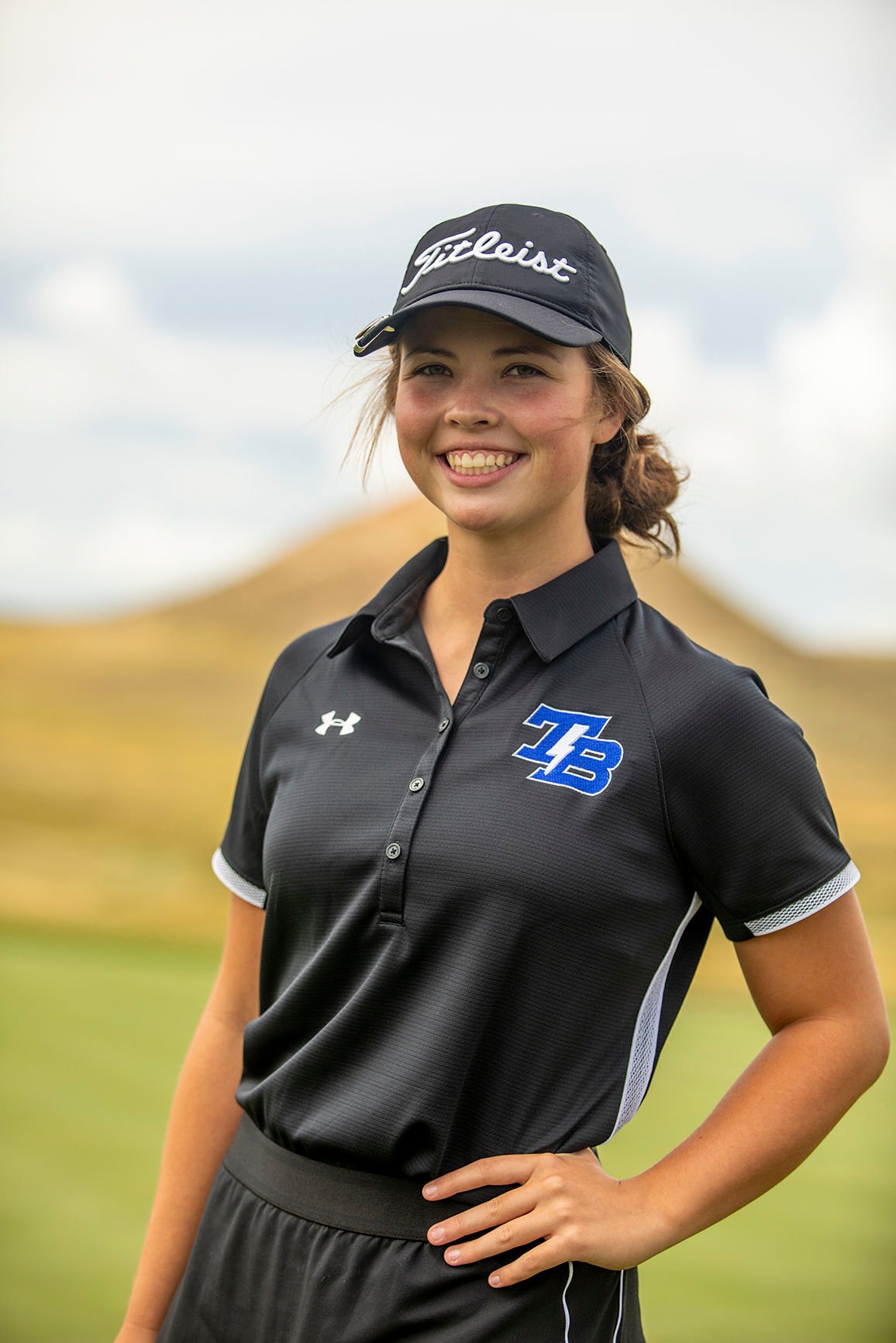 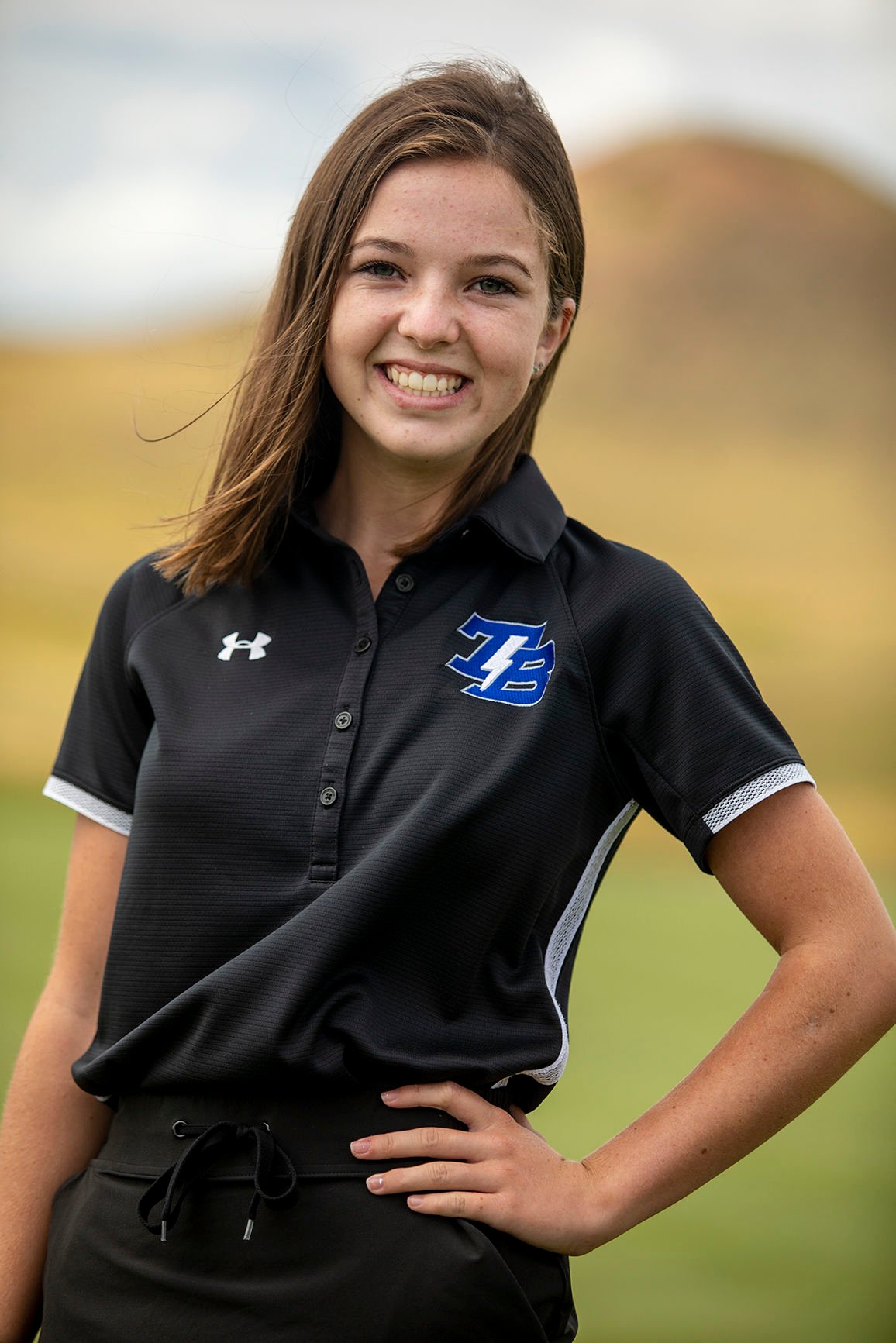 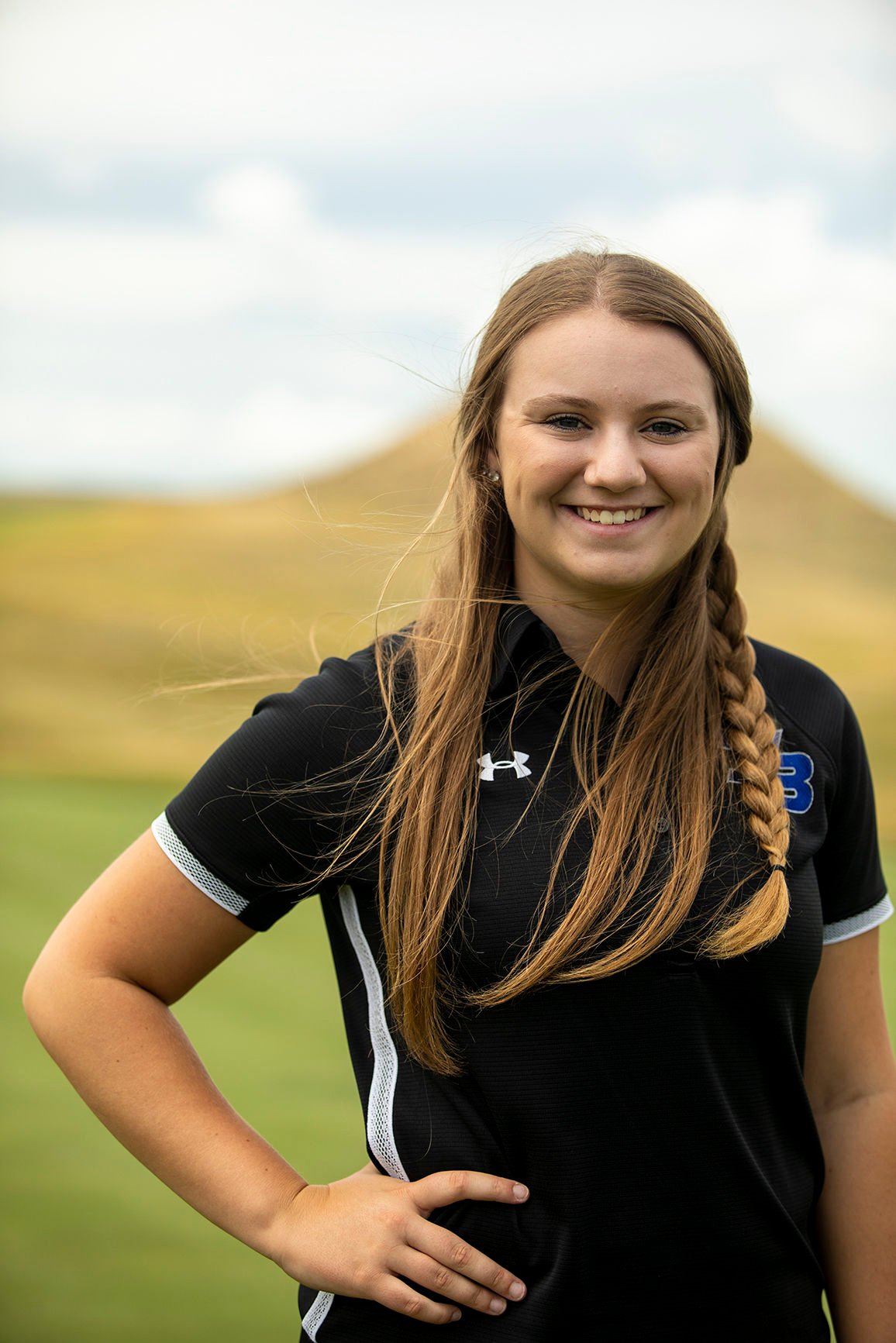 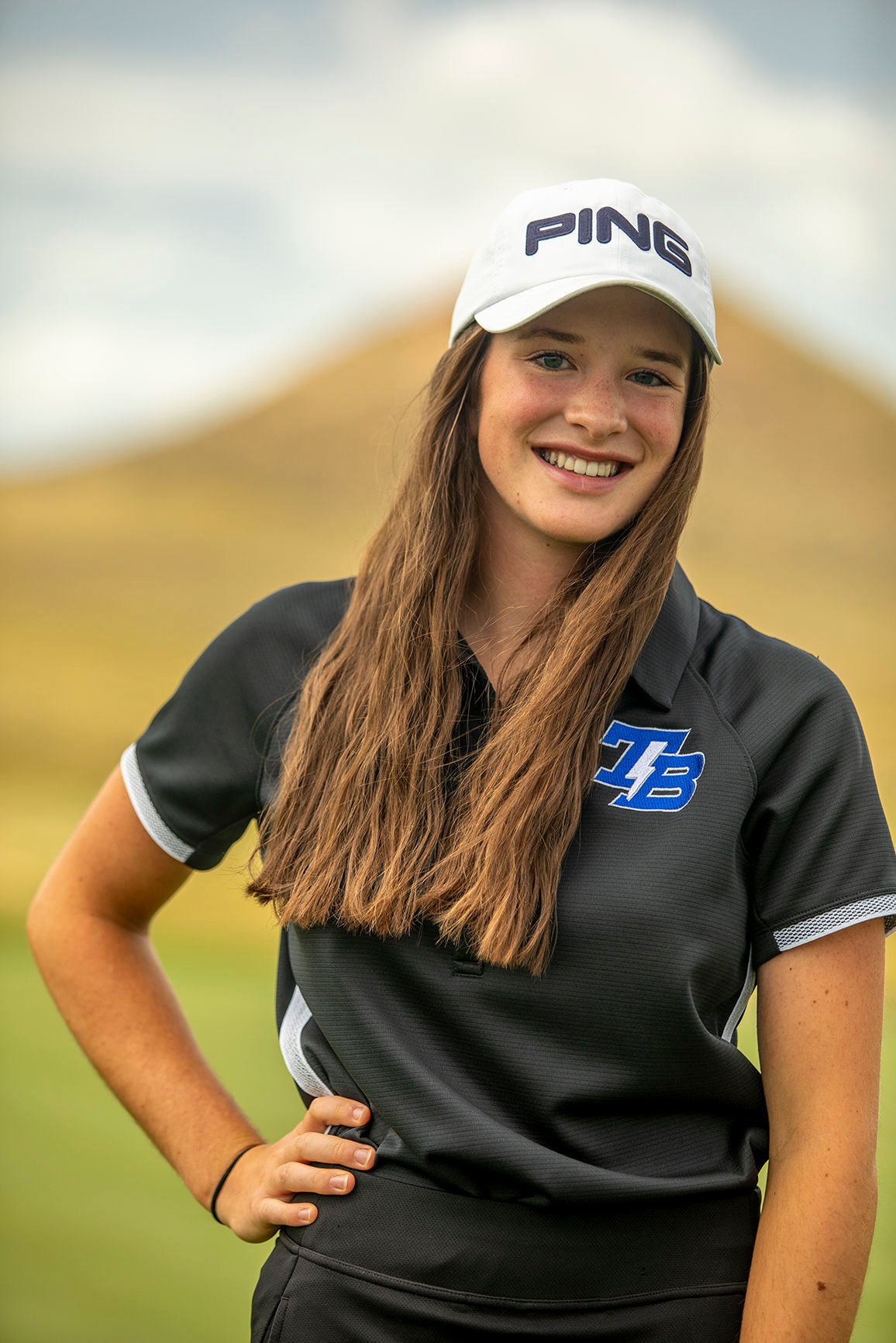 This year’s Bolts will start their season early and on the largest stage any of them have played on thanks to their top finish at state last year.

The team flew to Pinehurst, North Carolina, on Thursday after accepting an invitation earlier this year to compete in the High School Golf National Invitational. The event is held for individual and state champion teams from nearly all U.S. states.

Whether the tournament would happen was uncertain throughout the spring and into the summer because of the coronavirus pandemic.

The TBHS girls golf team received an invitation to the world-renowned Pinehurst Resort soon after winning its state championship.

Then COVID-19 started shutting down events across the nation and the National High School Golf Association delayed the start date rather than canceling it. That surprised TBHS coach Kameron Hunter a little, but he and his team are more than happy to play later rather than not at all.

“I didn’t know how the girls were going to respond to it, because you’re traveling across the country with all this stuff going on,” Hunter said. “But all of them were really receptive to it and excited about the opportunity to go.”

While Farnum laid claim to being the best high school golfer in Wyoming with an eight-stroke win at the state tournament, she has plenty of help around her.

Her senior teammates Tranas and Johnson also were strong at state, placing fourth and eighth, respectively. Barstad, a junior, finished just one stroke behind Tranas for a fifth-place finish.

On Friday, the Bolts got to see the expansive Pinehurst Resort for the first time, which is home to nine 18-hole courses and has hosted three U.S. Open Championships.

Every team plays practice rounds Friday and Saturday, which Hunter said he’s particularly excited about because he gets to play with his team. Then the Bolts play in a fun Par-3 contest Sunday before the three-round tournament kicks off Monday.

Although TBHS has the luxury of practice rounds to prepare, Farnum said stepping onto such a famous course will be a little intimidating.

“I don’t think you can step out there and think, ‘This is just going to be a normal round,’ because it’s such a incredible place with so much history,” Farnum said. “I’m sure there will be an ‘ah-ha’ moment where you’re just like, ‘Wow, so much has happened here.’

“I’m just incredibly excited. It’s such a great opportunity to play a great course and play great competition from across the country.”

Farnum and Tranas have been playing golf almost every day this summer. Pinehurst will be much different than Gillette’s Bell Nob Golf Course, but both have been trying to work on specific areas of their game to prepare for the change.

Farnum has recently golfed with her friend Ali Mulhall, who coincidentally has played a few rounds at Pinehurst before.

Mulhall warned that chipping is the No. 1 priority at Pinehurst, so Farnum has put a special focus on her short game before and after her 18-hole rounds. Tranas said she’s also been chipping and putting for about four hours a day, but worries about the difference in heat and humidity (expected to be 100%).

While the Bolts are used to quick greens at Bell Nob, there will be a lot of changes on the course they need to prepare for. Tree-lined holes, tight fairways and massive bunkers will be new experiences.

Apart from the work around the greens, Farnum said she has been practicing different shots, like a punch to use from the trees. She also had a state championship defense to prepare for in the upcoming high school season, but the once-in-a-lifetime chance in North Carolina has pushed her the most this summer.

“Pinehurst has been the biggest motivator, just wanting to play well at one of the best golf facilities in the world,” Farnum said. “It’s been quite the drive for me.”

With team and individual state champs from more than 40 states at nationals, the Bolts will be going head to head with the best prep players in the country. The two Wyoming teams will be the TBHS girls and Kelly Walsh High School boys.

Golf is only an option for four or five months in Wyoming, so players don’t have the year-round access that teams from warmer climates do. But Hunter still expects his players to show up and compete well.

“I think they’re going to do great,” he said. “I’m excited to see how well we do and how we stack up against the competition.

“I’m hoping we go to this tournament and surprise some people when we get there.”

Farnum and Tranas both said they’d love to make some noise in the standings, but they’re also excited about the benefit that playing at Pinehurst will bring to the upcoming season.

Last summer, Farnum competed in the America’s Cup, a tournament in Murrieta, California, that the top four players from each state in the Midwest and West are invited to.

She said that “had an immense benefit” going into her junior year and nationals can have a similar impact.

“I think our main goal is just to gain new experience and learn from the course down there. Different competition is such a learning curve, honestly,” Farnum said. “We want to keep on learning and apply what we learned to our future game.”

Tranas expects the tournament to have the biggest impact on the team’s most inexperienced player, Westbrook, a sophomore this fall. Tranas said she wishes she would’ve had the same opportunity early in her career and thinks it will bode well for Westbrook and the future of the team.

“We’re trying to get her really into the team, so hopefully this trip will be a good opportunity for that to happen,” Tranas said. “Especially going into my senior year, me and Maria have to get that team ready for when we leave.”

With the coronavirus concerns magnified outside Wyoming, one of the first steps for Hunter was meeting with parents after hearing the official tournament dates. Every parent was on board and many even made the trip to North Carolina to support their kids at the tournament.

Unlike PGA tournaments where massive crowds have been disallowed, parents are allowed on the course to watch their kids compete at nationals.

Kris Hart, senior director of Next Gen Golf, said the only fans who will be allowed are family members.

Hart also said the National High School Golf Association is excited to hold the event, because he knows how much it means to the players and their families.

“Overall, it’s just so important to students and their families,” he said. “If we would’ve had to cancel it, it would’ve just been another negative thing for them.”

To raise the money for the trip, the TBHS golf team started fundraising shortly after receiving the invitation to Pinehurst. The first and largest source of money came from working concessions at the Energy Classic Basketball Tournament.