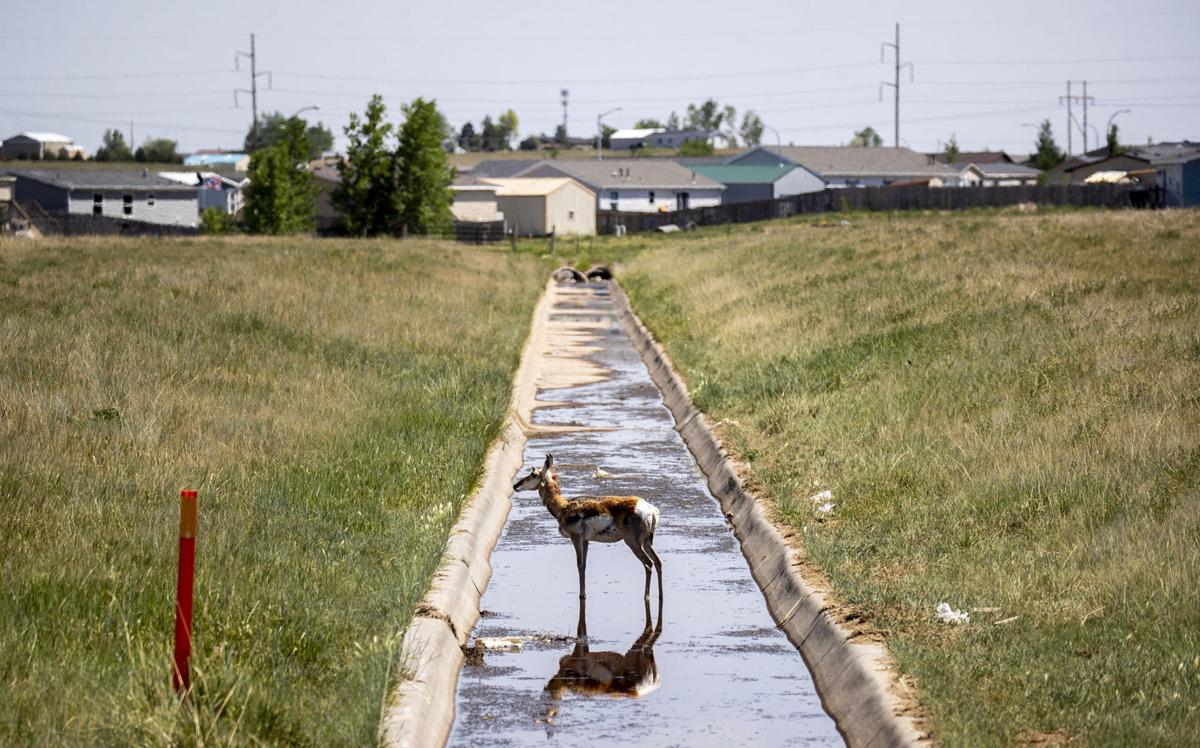 A lone pronghorn sips water in a drainage ditch along Northern Drive earlier this summer. 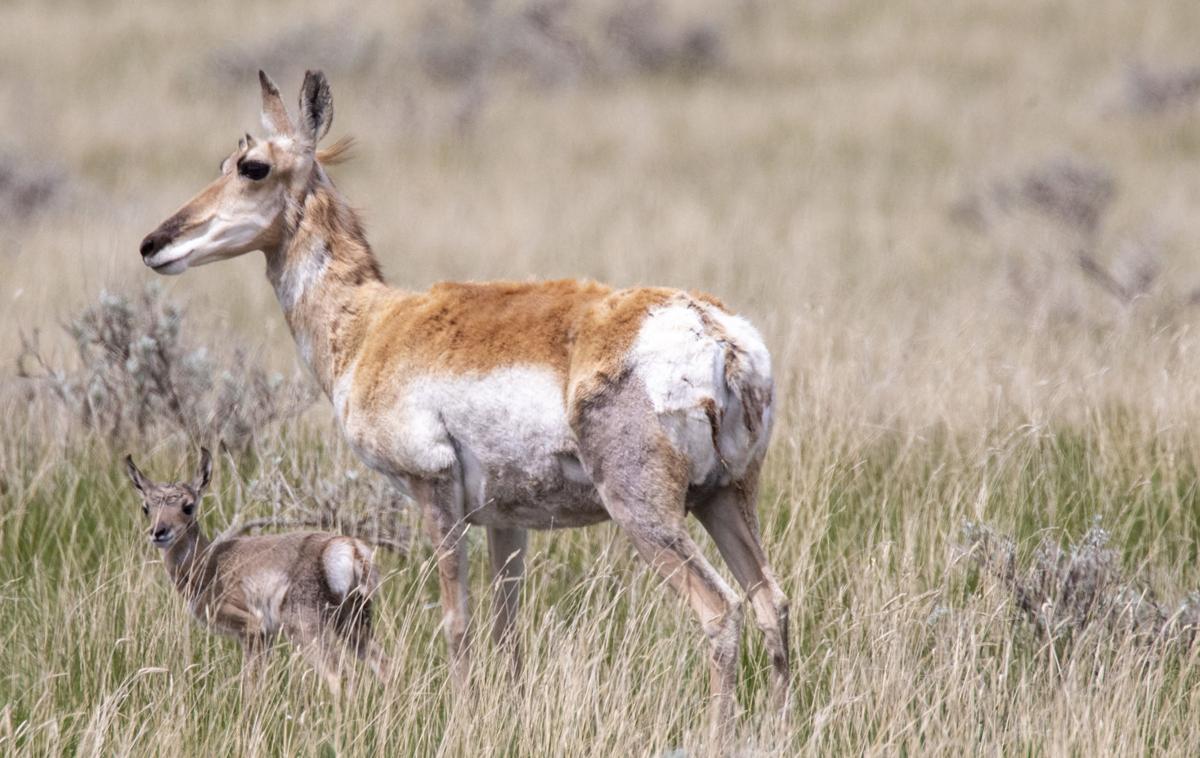 A newborn pronghorn and its mother graze along Fairview Road southeast of Gillette earlier this summer.

A lone pronghorn sips water in a drainage ditch along Northern Drive earlier this summer.

A newborn pronghorn and its mother graze along Fairview Road southeast of Gillette earlier this summer.

A prolonged and extreme drought across Wyoming could mean fewer hunting licenses issued for the coming seasons.

That’s one of the conclusions from a Wyoming Game and Fish Commission meeting in Sheridan this week. Among other topics, the commission discussed the impacts of drought around the Cowboy State.

Ian Tator, statewide terrestrial habitat manager, and Dave Zafft, fisheries management coordinator, presented several significant impacts the dry summer could have on hunting seasons. The conclusion of the presentation determined that effects of drought could have long-term implications on both fish and wildlife.

Tator and Zafft also concluded that should the drought continue, it could reduce the number of big game licenses issued to hunters.

As of Friday, Wyoming is experiencing the worst drought in coverage and intensity since the 2012 and 2013 summers, Tator said. Last year was the fifth driest year since 1895 and was the 16th warmest on record for the last 126 years.

The most direct consequence of drought is an increase in wildfires. In 2020, wildfires burned nearly 8.8 million acres in the United States and 53 wildfires that each burned at least 100 acres in Wyoming alone, Tator and Zafft said.

The combination of wildfires and drought causes losses to fish and wildlife habitats. This leads to over-population for animals and can lead to the spread of disease as well as starvation.

Around Gillette specifically, drought causes wildlife to forage for food closer to roadways, which results in more collisions with vehicles, Tator said. During periods of drought, females typically raise fewer young, which reduces the animal population as well as the number of hunting licenses issued depending on herd counts.

For other parts of Wyoming, like communities surrounding Yellowstone National Park, drought could cause more chances for human contact with bears and mountain lions as the animals venture into cities in search of food.

Tator summarized that the Lander region would be the least impacted by drought while Green River and Pinedale could be the most impacted from the dry weather. Wild fish populations will be negatively impacted by low flows and increased temperatures, Tator said.

As of Tuesday, the U.S. Drought Monitor reported nearly all of Campbell County was in extreme drought conditions. In May, basin precipitation across Wyoming was near 85% of average, Tator said.

As for what hunters in Gillette and Campbell County should expect to see, it’s still unclear how pronghorn, deer and antelope populations will look come opening day. But with current conditions, hunters can expect smaller — and fewer — game in the area this fall.