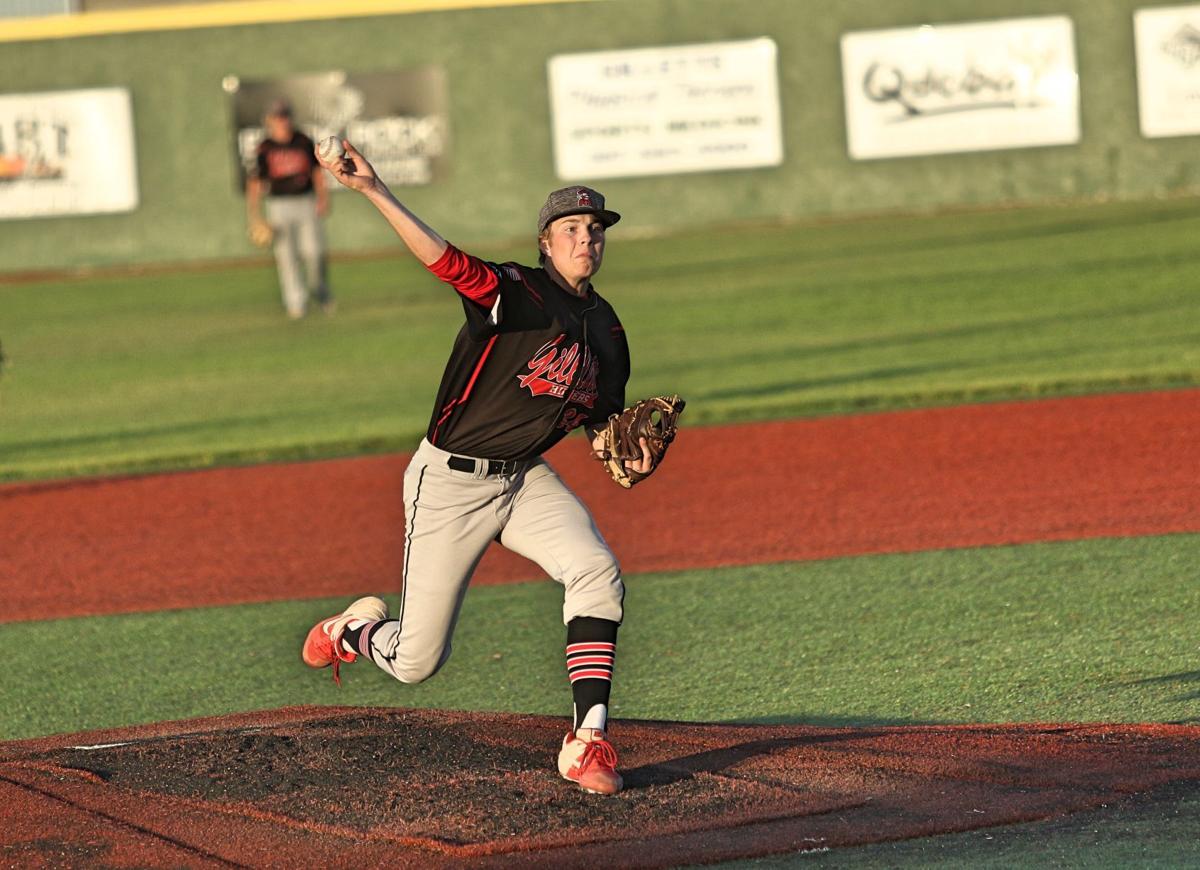 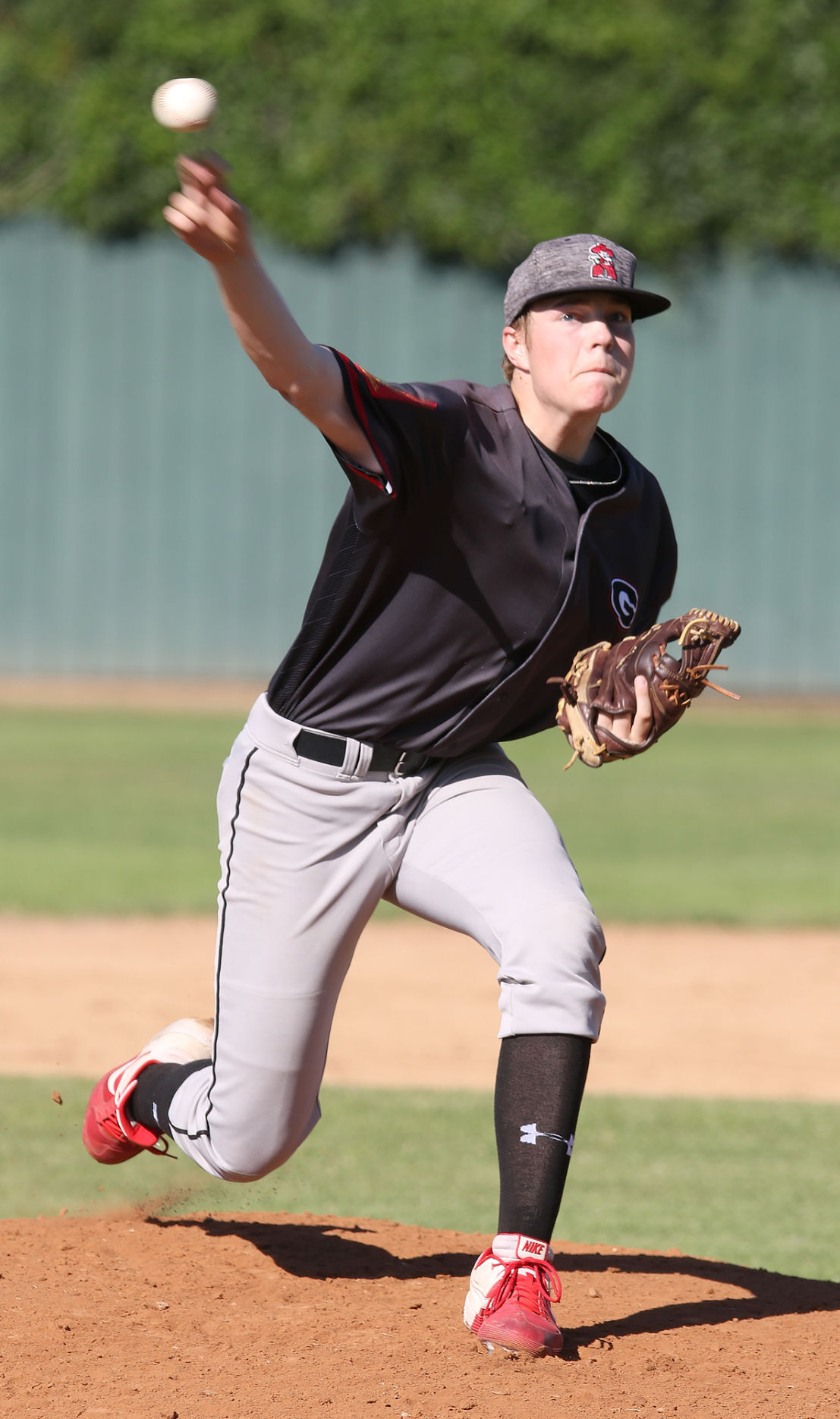 Sophomore Jason Fink delivers a pitch on Friday during the Phil Brown Classic in Jamestown, North Dakota. The Roughriders ended the first day of the tournament at 2-0. 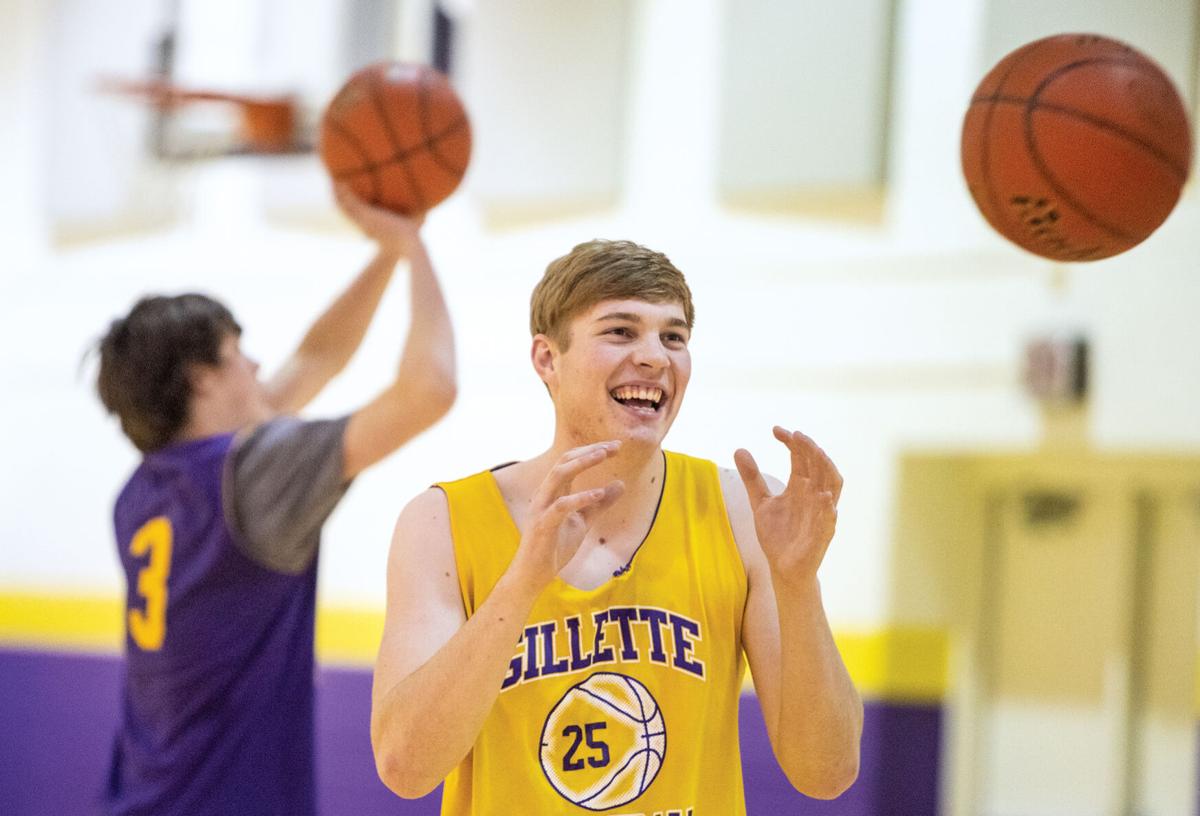 Campbell County High School junior Jason Fink cracks a smile while practicing his jump shot from beyond the 3-point line prior to the start of Wednesday’s practice. Fink has proven to be a promising sixth man off the bench this season for the Camels. 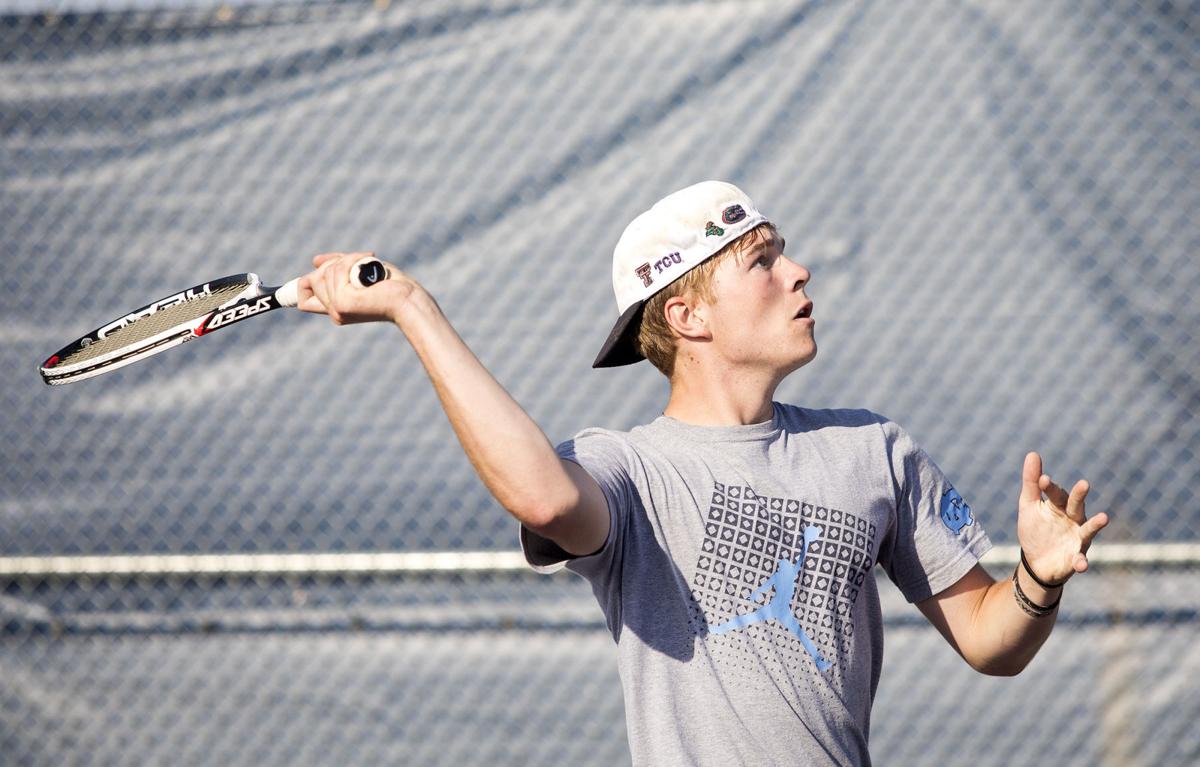 Sophomore Jason Fink delivers a pitch on Friday during the Phil Brown Classic in Jamestown, North Dakota. The Roughriders ended the first day of the tournament at 2-0.

Campbell County High School junior Jason Fink cracks a smile while practicing his jump shot from beyond the 3-point line prior to the start of Wednesday’s practice. Fink has proven to be a promising sixth man off the bench this season for the Camels.

That was the case for Campbell County High School senior Jason Fink when he visited Augustana University in Sioux Falls, South Dakota, earlier this year.

Fink toured the campus and met a few of the school’s baseball players. The trip eventually led Fink to commit this week to the school to play baseball.

“Everything just kind of felt right when I was there,” Fink said. “It’s a really beautiful campus and I met some of the baseball players there, and they were just the right kind of guys. They were the kind of guys I want to go play with at the next level.”

Fink plans on studying business in college, a decision that was heavily influenced by two teachers at Campbell County. Autumn Williams and Garrett Heusinkveld peaked his interest in business during his classes at CCHS, he said.

Fink has been a staple in the Post 42 American Legion baseball team’s pitching rotation for the past two seasons. He joined the varsity team as a sophomore and earned second-team all-star honors in his first season.

Fink also started at first base during his junior year when he wasn’t on the mound. He had a solid .288 batting average in 235 plate appearances and had 57 hits, 44 RBIs and one home run.

Fink will likely stick to just pitching in college, he said. His focus now will be on his last basketball season for the Camels before he hangs up his basketball shoes for good.

Having the decision made before the season starts is a big weight lifted off his shoulders, Fink said.

“It’s pretty nice because now I can just go into this basketball season and go have fun doing that instead of having to worry about what my next step is,” Fink said.

Fink also played tennis for Campbell County and was the team’s No. 1 singles player this fall season. While he’ll miss playing basketball and tennis, he’s excited to channel all of his attention into one sport after he graduates from high school.

Fink will be the 57th player to move on to play college baseball during Nate Perleberg’s 16 seasons coaching the Roughriders. Fink credits Perleberg and the Post 42 program for preparing him to play the game at the next level.

“They made me feel like I was definitely ready for this,” Fink said. “We like to say that as ’Riders, our goal is to be just as good on the field as you are off the field. I think that’s just as important as how well you play on the field.

What sticks out most about Fink is his size and his repertoire of pitches, Perleberg said. Fink is roughly 6 feet, 5 inches tall, which is an intimidating height for a pitcher, Perleberg said.

“The intriguing part for any college is just his size because that’s something that you can’t teach,” Perleberg said. “To go along with that, he is a tremendous worker. Baseball is not a three- or four-month sport for him. It’s year-round.”

The most rewarding part of signing to play college baseball was getting the opportunity to continue playing baseball at all, Fink said. Having played baseball practically his whole life, it is a dream come true to be able to continue to play the game he loves.

“It means everything to me,” Fink said. “I’m just blessed that God gave me this opportunity to play my favorite sport at the next level.

“I’m beyond grateful for family and friends and the coaches in the Roughriders program.”

It’s also rewarding for Perleberg to see a player come through his program and to put in the work Fink has to earn a college roster spot.

“It’s really rewarding because it’s one of the reasons you coach,” Perleberg said. “You want to help these young men in whatever they decide to do, whether it’s to play college baseball or to go on to school or the work force.

“It’s even more satisfying for kids like Jason because Jason puts so much into it and he’s just a great kid. He’s very coachable and he listens, and it feels like he’s a guy that’s always in your corner battling for you.”

The Augustana Vikings ended the season 36-13 last year and 27-9 in conference play, according to the school’s website. Augustana competes at the NCAA Division II level.

It was the Vikings’ 11th consecutive season winning at least 30 games, Perleberg said. Augustana has been a baseball powerhouse in recent years, winning the Division II national championship in 2018.

Fink is the first Gillette player to commit to play for Augustana, Perleberg said.

“I’m proud of him and I’m excited because it’s a great fit for both sides,” Perleberg said. “The day that he called me with the news he said, ‘Now the work begins.’”

Fink’s Roughriders career is far from over. After he graduates from CCHS in the spring, he’ll have one last run with Post 42 to bring home the program’s first state championship since 2014.

“I don’t feel like it’s crazy to say that we’re a really talented team going into this year,” Fink said. “We have a lot of good players there and we’ve got something good going there.”