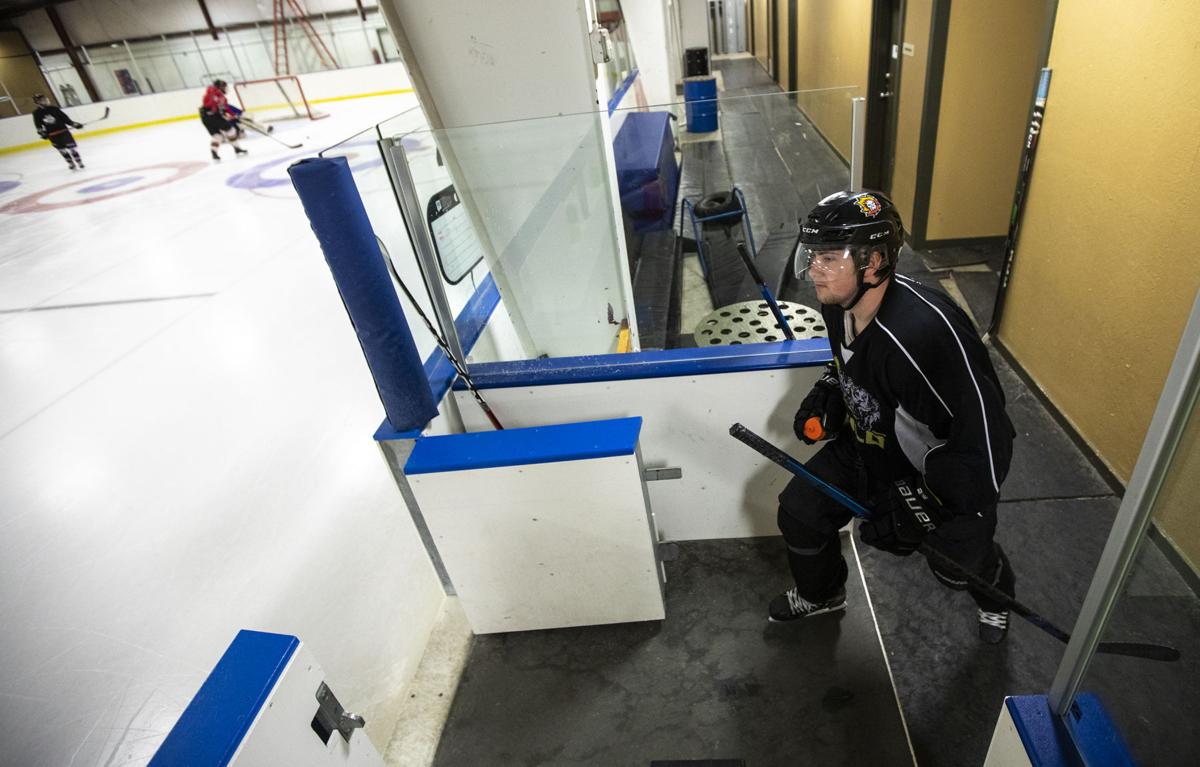 Zack Bender heads out onto the ice as the Gillette Wild prepare to begin practice at the Campbell County Ice Arena Wednesday afternoon. 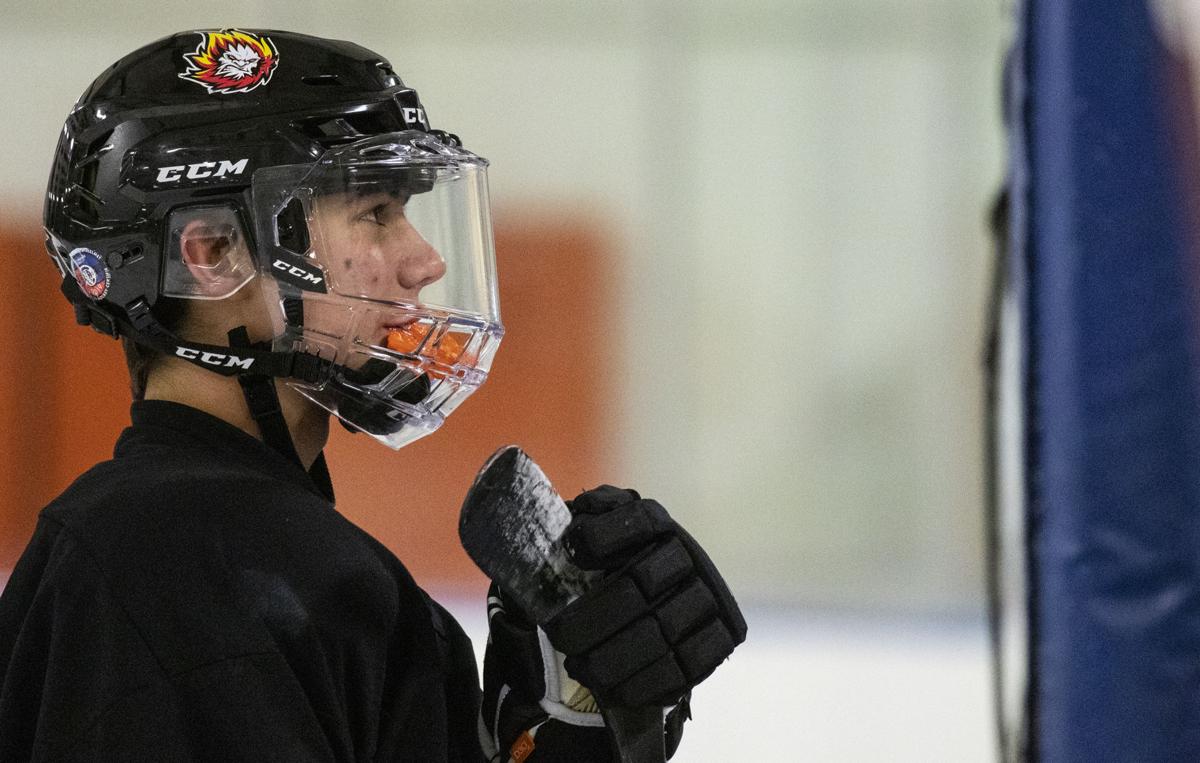 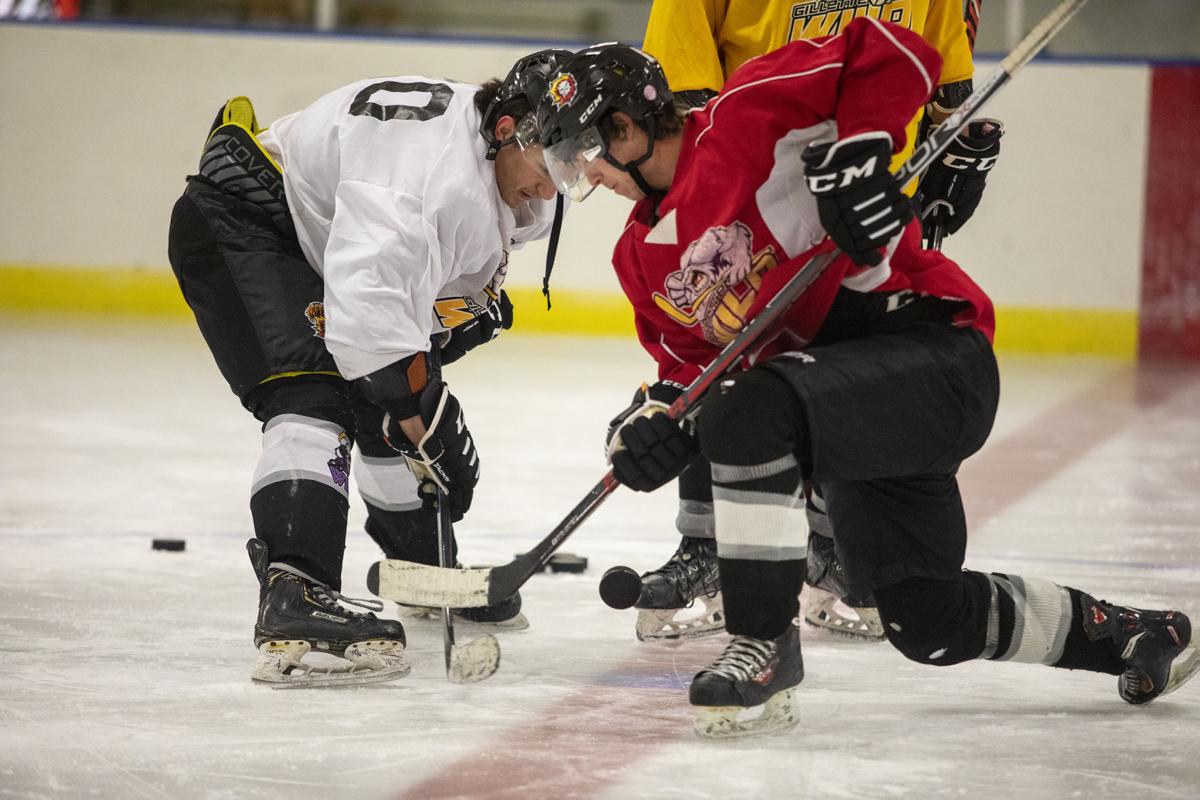 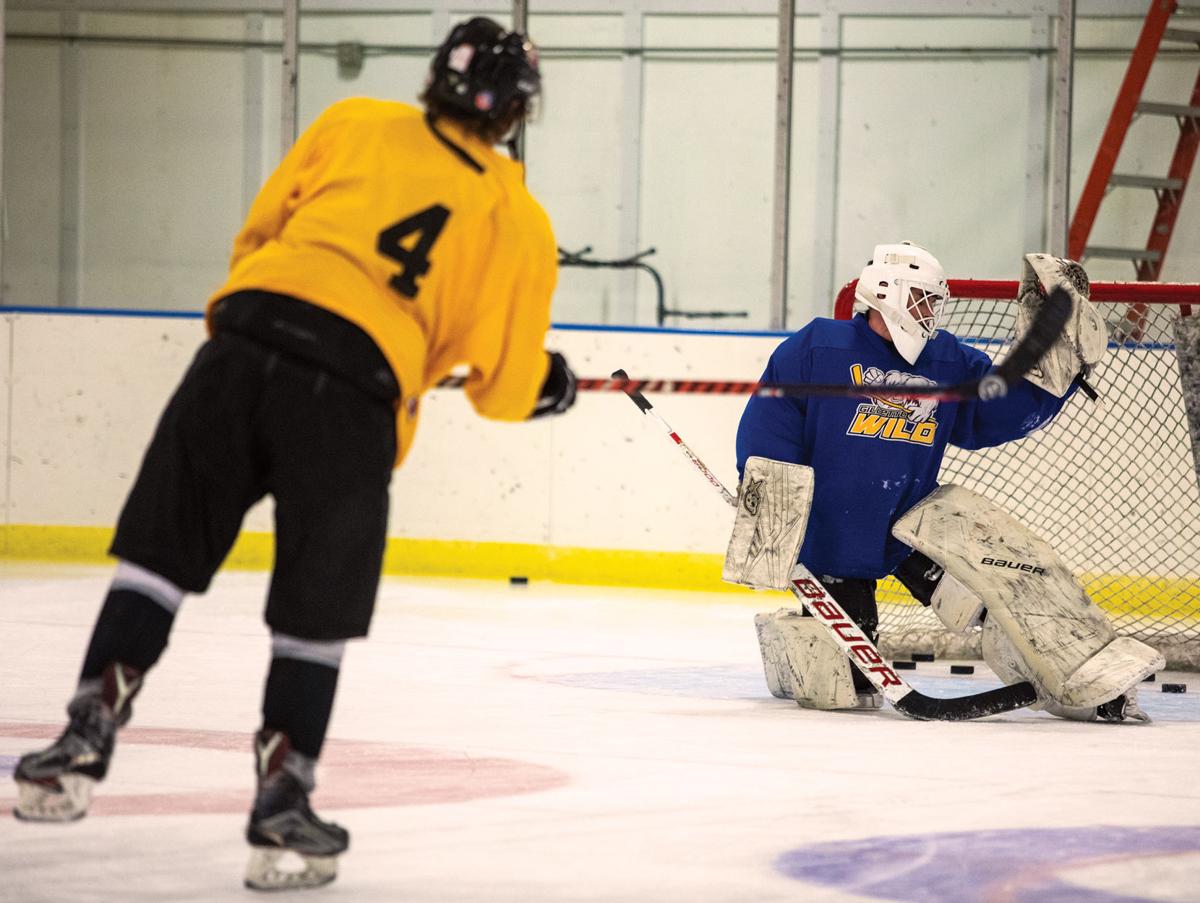 Goalie Brad Muzzarelli, at right, defends against a shot at the net by and Drew Wilcox at practice at the Campbell County Ice Arena.

Zack Bender heads out onto the ice as the Gillette Wild prepare to begin practice at the Campbell County Ice Arena Wednesday afternoon.

Goalie Brad Muzzarelli, at right, defends against a shot at the net by and Drew Wilcox at practice at the Campbell County Ice Arena.

Ethan Hayes asked two of his players a question Wednesday as they were leaving practice at the Campbell County Ice Arena.

“What is losing?” Hayes said.

The players hesitated for a moment before answering in unison.

Hayes is the first-year head coach for the Gillette Wild junior hockey team. He was formerly an assistant coach for the Great Falls Americans, a team alongside the Wild in the Frontier Division of the North American Tier III Hockey League (NA3HL).

“Every time we do a drill, the losers have to skate,” Hayes said. “The biggest message is that losing isn’t fun. They never forget it because it’s a daily reminder.”

The success of the Wild relies on Hayes’ persistence that no individual performance outweighs the team. While hockey stats are highlighted by goals, assists and points on the ice, Hayes said none of that matters when a team has its sights set on a championship.

“Everybody wants to think you can do stuff on your own, but it just doesn’t work like that,” Hayes said. “If one guy was out there all by himself, do you think we’d be winning 10-4? Everybody knows that, but people forget it. And we can’t forget that here.”

Forward Declan Young leads the team in scoring, but knows his teammates and their play on the ice contributed to his 13 points through the first four games.

“We work really well together,” Young said. “It doesn’t really matter who gets the goals as long as they go in. That’s all I care about.”

The Wild’s early success has been the team’s ability to find its stride in practice, Young said.

“We’ve been kind of going off in practice so far and it’s kind of just translated into the games and we’re playing really well,” Young said.

Team chemistry is how players come together on the ice, Hayes said. That’s why one of his top priorities off the ice is to participate in activities together outside the arena.

“If we do anything, it’s as a team,” Hayes said. “Team functions are mandatory. They aren’t optional.”

This includes workouts, volunteering and other activities to get the Wild organization involved with the Gillette community.

The Wild have a track record of team-bonding and being active in the community in the team’s 10-year history, which is chemistry that translates to the ice.

But Hayes is telling his players to look forward, not back.

The next series for the Wild is a two-game road series with Hayes’ former team in Great Falls, Montana, this weekend.

“I’m excited about it,” Hayes said. “It’s personal to me because I enjoyed my time there and definitely enjoyed being there. I have nothing but respect for that organization and that program.

“They gave me my start and helped me get to where I’m at today.”

The goal for the Wild is to keep the momentum going as the season progresses, Young said. But he’s excited to play the team’s first home game of the season next Friday against the Sheridan Hawks.

“It’s really important to keep going and to always have our foot on the pedal,” Young said. “It’s going to be a lot of fun and I’m really excited. We’re going to have a lot of fans there, more than any other place.”