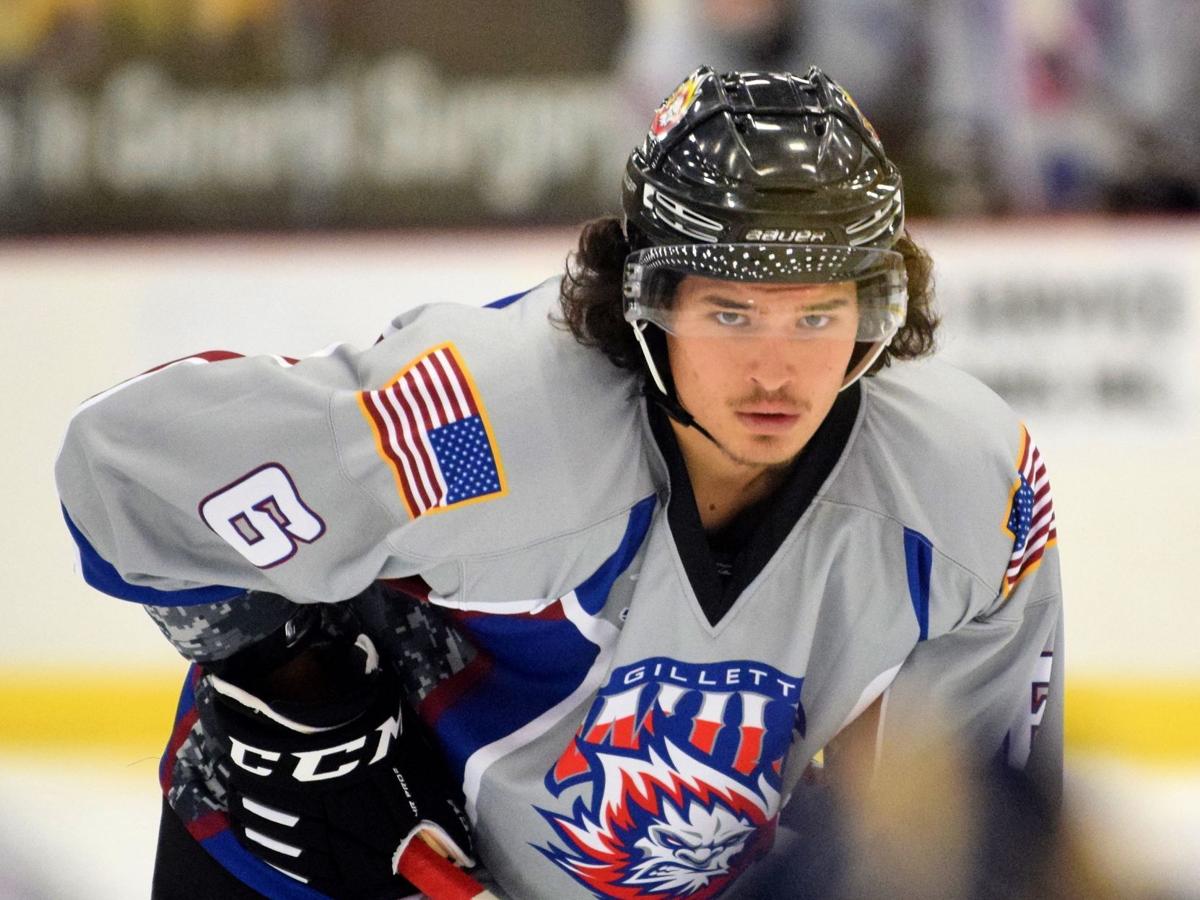 Easton Apodaca gets ready for action on the ice during a game against the Yellowstone Quake earlier this season. 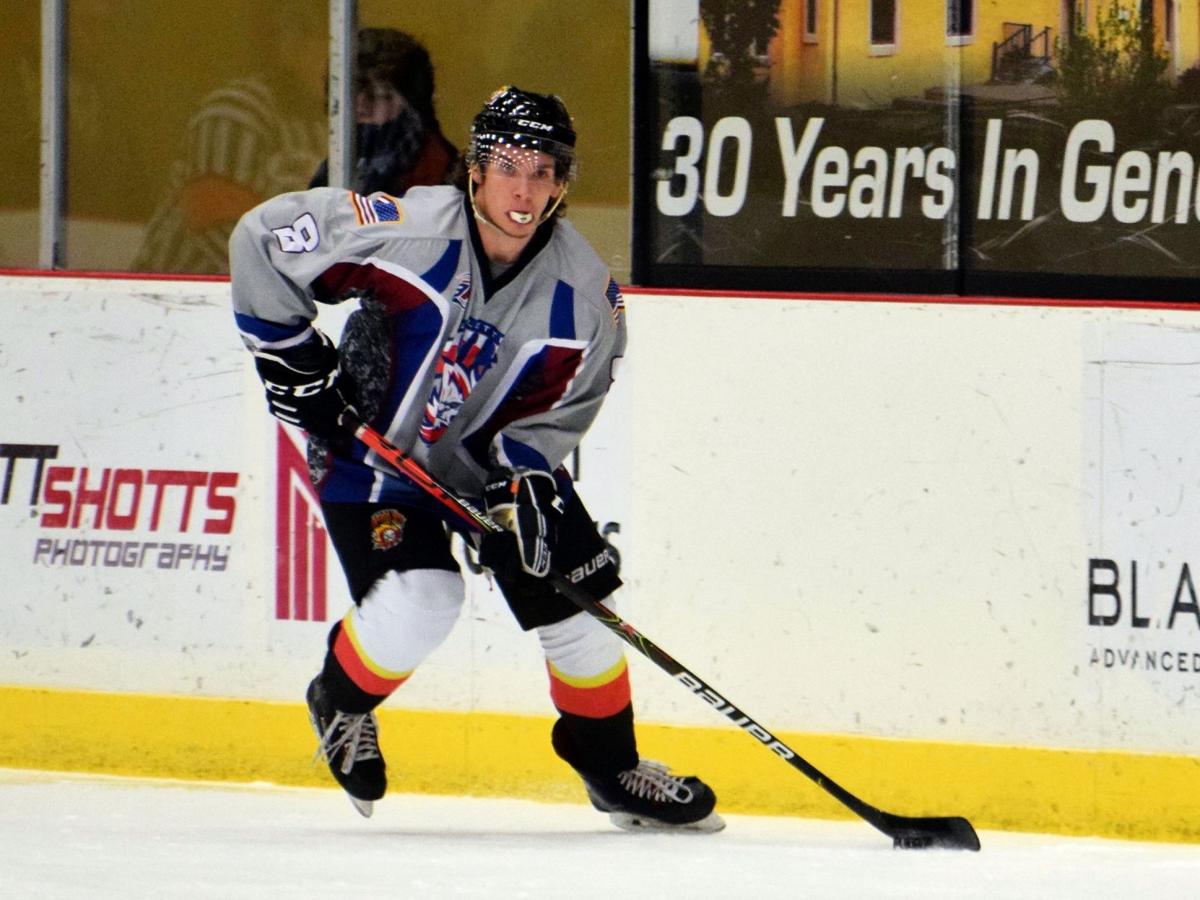 Tristan Baker brings the puck up the ice during a game against the Yellowstone Quake earlier this season.

Easton Apodaca gets ready for action on the ice during a game against the Yellowstone Quake earlier this season.

Tristan Baker brings the puck up the ice during a game against the Yellowstone Quake earlier this season.

The Gillette Wild junior hockey team were burned by the red-hot Sheridan Hawks twice to start the New Year, dropping a pair of weekend games on the road 6-3 Friday and Saturday.

The wins pushes Sheridan’s win streak to 16 games with a 17-1 record through 18 games. The Hawks’ only loss came Oct. 3 to the Bozeman Icedogs.

Four of those wins have come against the Wild as Gillette falls to fourth place in the Frontier Division with 26 points.

Sheridan’s 34 points is the most in the North American 3 Hockey League while its 18 games played are the fewest of eight teams making up the Frontier Division.

Sitting at 12-8-1-1 on the season, Gillette has seen the emergence of forward Declan Young, who has been dominating so far this season. His ability to get to the net and make plays has carried over from his success on the ice a year ago.

Last year, Young had 85 points (44 goals, 41 assists) in 46 games for the Wild, which was the sixth most points in the NA3HL. He averaged 1.85 points a game and led the team in playoffs points in the two games the Wild played in last year’s NA3HL Fraser Cup Playoffs.

“Declan is a pretty special player,” coach Ethan Hayes said. “He’s highly skilled and he never gives up on anything. He’s the guy that believes in himself so much that if the team needs something, he puts himself in that situation right away to do whatever he can.

“He’s super down to earth and he’s not a cocky guy. He just wants to be the guy in the tough situation all the time.”

Gillette’s season ended last year getting swept by the Yellowstone Quake in the first round of the playoffs. In his first season leading the Wild, Hayes expects the Wild to advance farther.

“The guys are still in high spirits and we still have high hopes and high goals to finish out the year,” Hayes said. “We see Sheridan four more times and we’re confident that we’ll get them next time.”

With 14 games remaining in the regular season, the Wild will need to make a playoff push to lock up a top seed going into the Fraser Cup Playoffs. This year, the top four seeds in the Frontier Division will make the postseason tournament, Hayes said.

Hayes said he’s happy with how his first season has gone during the COVID-19 pandemic, but he’s not satisfied. Not yet, at least.

Part of that satisfaction comes from playing every game knowing that a win is two points in the standings.

Gillette went into the first game of the weekend series against Sheridan behind goaltender Cole Wheaton. Wheaton ended the night with 42 saves on 48 shots, good for a .875 save percentage.

On the ice, Brock Trboyevich, Will Blake and Declan Young had a goal each while Mason Hoffman, Ethan Maish and George Stilson each contributed assists.

The Wild fell behind early and couldn’t recover, going into the second period down 2-1. Sheridan added three more goals in the second and one more in the third for the 6-3 final.

On Saturday, Alex Shaults took the loss in net with 32 saves on 37 shots. Young and Caleb Sanborn led the Wild each with one goal and one assist.

Next for the Wild is a road series against the Bozeman, Montana, Ice Dogs. The puck drops against the Icedogs at 7:30 p.m. Friday and Saturday at Haynes Pavilion.