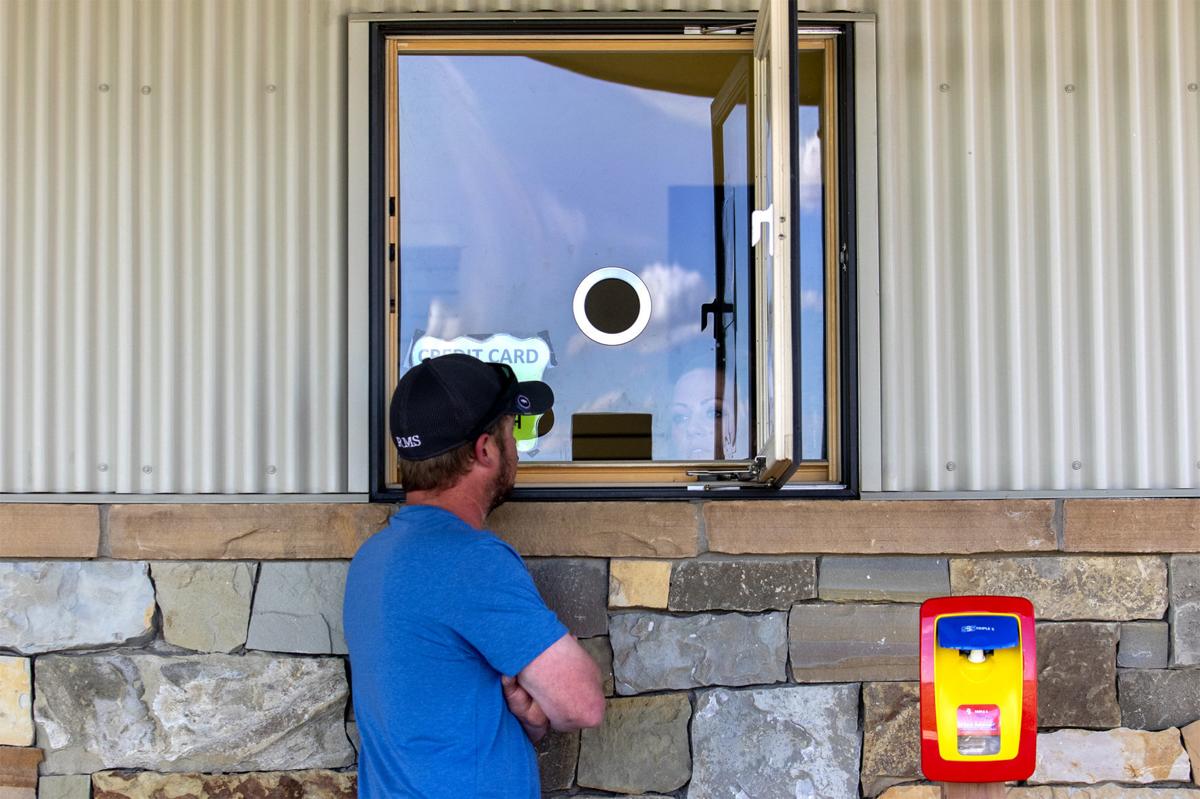 Robert Granzer talks to Justine Quanbeck at the window at the Bell Nob Golf Course on Wednesday. Golfers are checking in at the window due to the clubhouse being closed. 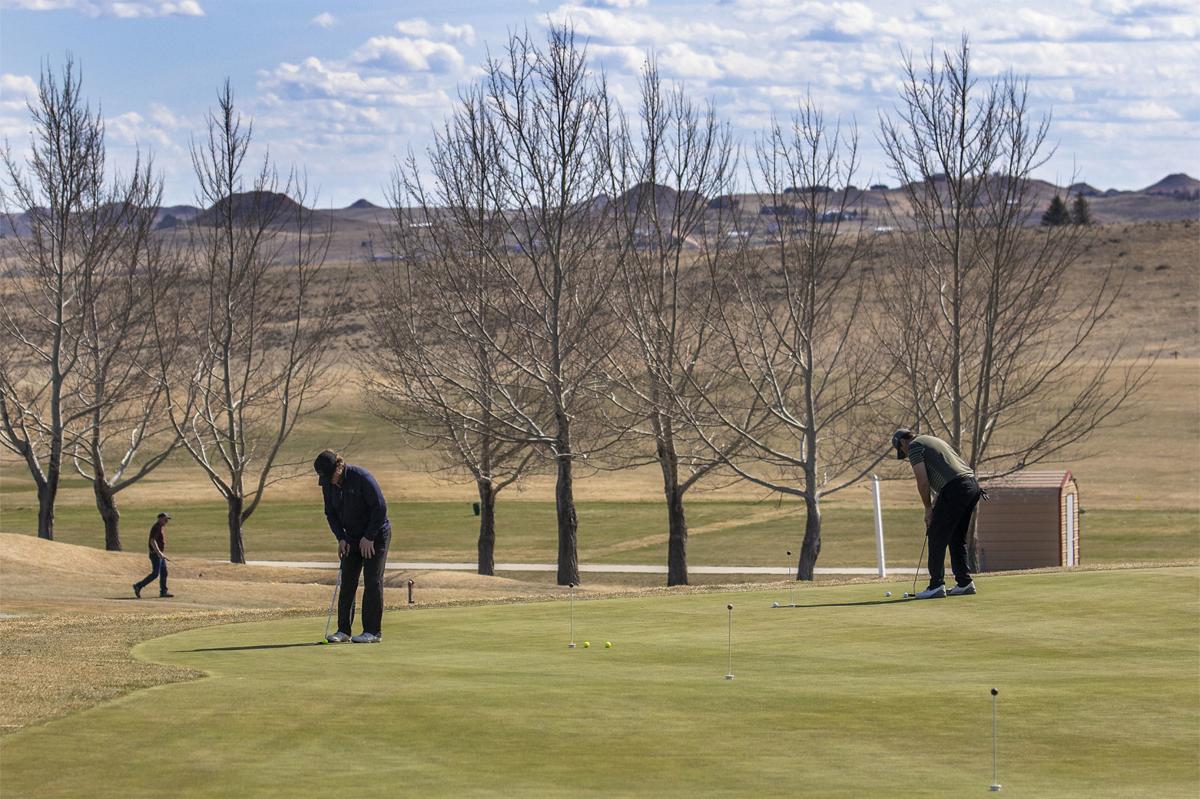 Golfers practice their putting at the Bell Nob Golf Course before hitting the greens on Wednesday. 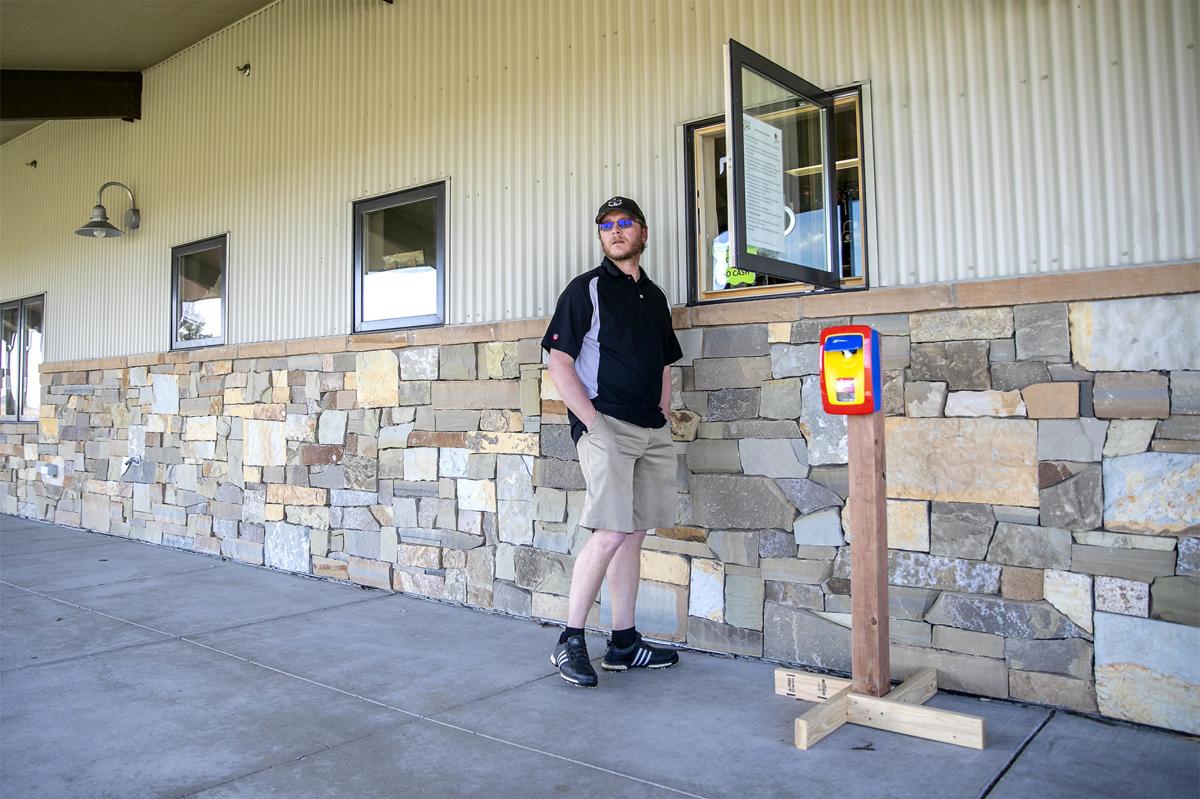 Chris Nannemann checks in at the window to the clubhouse at the Bell Nob Golf Course on Wednesday. 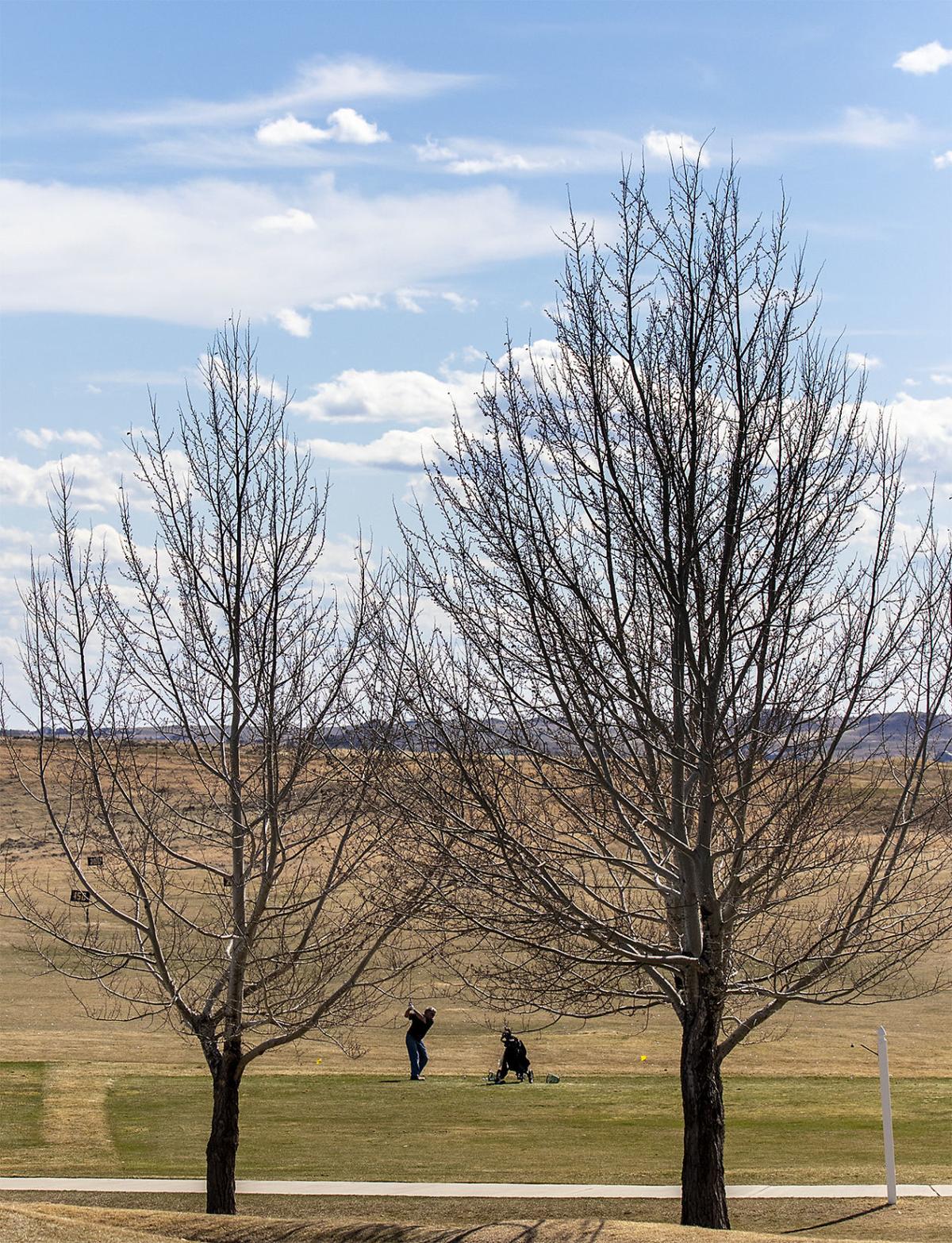 A golfer practices on the driving range at the Bell Nob Golf Course on Wednesday.

Robert Granzer talks to Justine Quanbeck at the window at the Bell Nob Golf Course on Wednesday. Golfers are checking in at the window due to the clubhouse being closed.

Golfers practice their putting at the Bell Nob Golf Course before hitting the greens on Wednesday.

Chris Nannemann checks in at the window to the clubhouse at the Bell Nob Golf Course on Wednesday.

A golfer practices on the driving range at the Bell Nob Golf Course on Wednesday.

The recent sunshine has sent Gillette golfers scurrying for their clubs, but COVID-19 is limiting how busy Bell Nob Golf Course can be.

The course’s restrictions during the pandemic require tee times to be staggered by 20 minutes, which has capped the number of golfers in a day at about 100, said head pro Cameron Brown. After snow closed the course last weekend, Bell Nob had just under 100 golfers Tuesday and then a similar number on Wednesday.

And every tee time was booked, so the business is at its limit until the COVID-19 restrictions are lifted. The course can handle about 220 golfers when it’s at maximum capacity, Brown said.

The money coming into the county from golfers has been cut because of the limitation on golfers, but that’s nothing compared to the effect on the pro shop. While the golf course is funded by the county, Brown owns and operates the pro shop independently on a contract.

Another of Bell Nob’s restrictions was to keep the pro shop closed and conduct business through a service window. That means things that keep a shop running like equipment and club orders, golf lessons and club fittings have dried up.

The Bell Nob pro shop would usually be bringing in between $12,000 to $20,000 in sales by the end of April, but so far has only sold about $1,500 worth of equipment. Brown said spring is usually when people are anxious to buy a new driver or set of irons and then get fitted for them, but that’s not an option now.

“With that being said, it’ll still fold over into June,” Brown said. “That guy is still going to want a new set of irons. He’s still going to buy them, he’s just not going to be able to have them right now.”

Another aspect of the pandemic is that golf club manufacturers have shut down and aren’t shipping out product. Brown said he’s heard that companies like PING have had discussions about resuming operations May 1, but nothing is concrete.

Besides being limited in some areas by the virus restrictions, Brown said operations at Bell Nob have been running smoothly. It has doubled its workforce by hiring four full-time employees from the Campbell County Recreation Center and the extra help has been used to do things like cleaning the carts.

That’s been quite the process, Brown said. Each golf cart is sprayed down and bleached when it is returned to the clubhouse. Then the cleaners wipe the equipment down again 10 minutes later.

“When you watch 20 carts come in all at once, those guys get behind pretty quick,” Brown said.

The usage of the golf cars hasn’t reduced at all, even with the number of golfers being cut by more than half, Brown said. Another of the virus restrictions is limiting one person per cart, so each time a foursome hits the course, it’s using four carts instead of two.

The course at Bell Nob is as busy as it can be under the circumstances, but COVID-19 is certainly hurting it in other areas.

The COVID-19 restrictions at the Gillette Country Club aren’t as strenuous as Bell Nob’s. It has staggered tee times of 10 minutes instead of 20. The golf cars are wiped off with Clorox wipes each day, but sanitation is left up to the golfers after that, said head pro Larry Webb.

The country club is encouraging that only one person uses each cart, but that has been tough when the course gets busy, Webb said. When that happens, one golfer is encouraged to walk and the other to ride to maintain the six feet of social distancing.

Another difference to Bell Nob is that the Country Club’s pro shop is open. There are separate doors for entering and exiting and there are lines taped on the floor to maintain distance between people, Webb said.