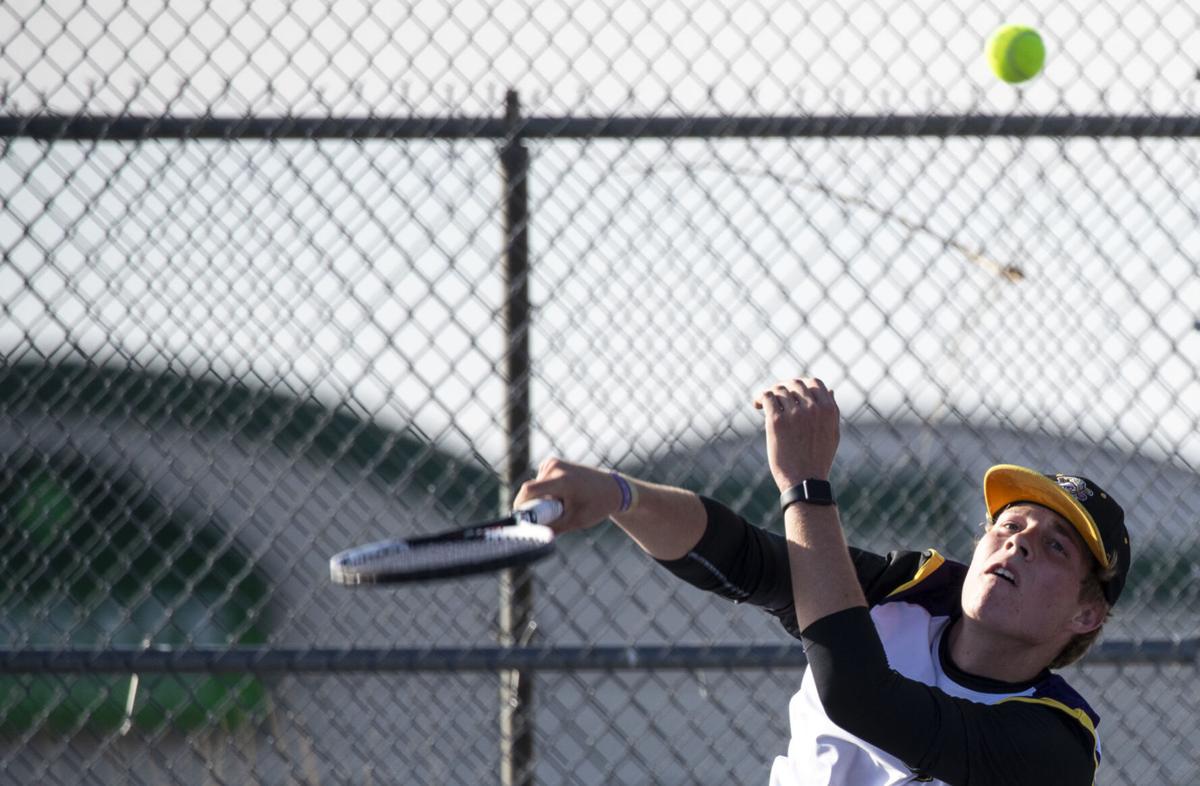 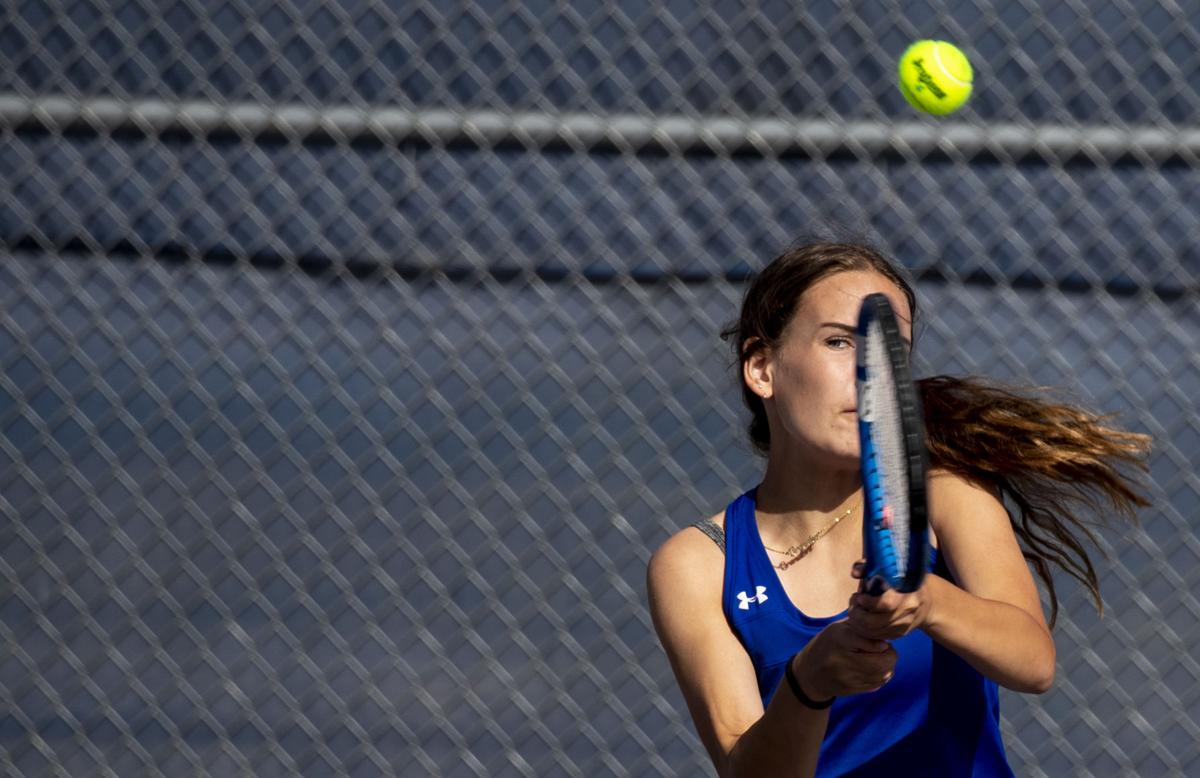 Thunder Basin’s Sarah Rasse returns the ball across the net while taking on Gabrielle Heiser of Green River last Thursday during the state tennis tournament at Campbell County High School. 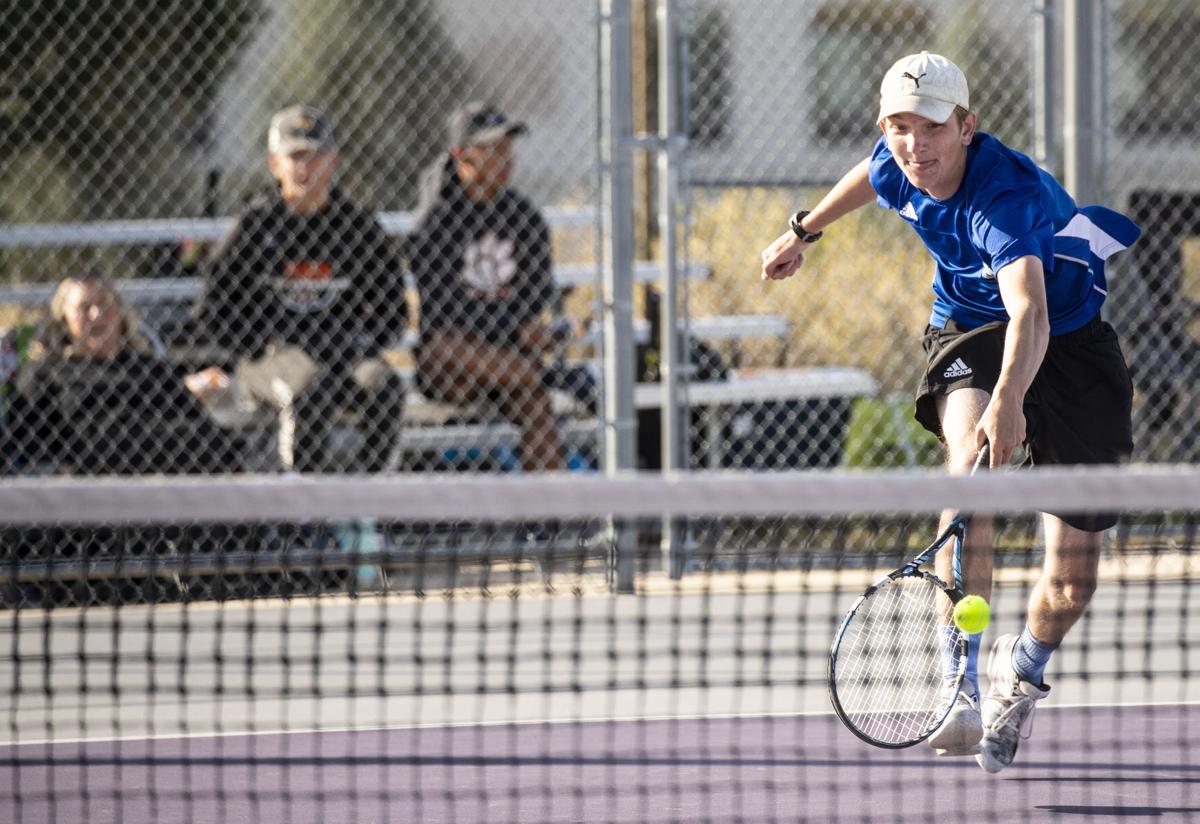 Luke Lass chases down a ball while competing in the State Tennis Tournament last week. 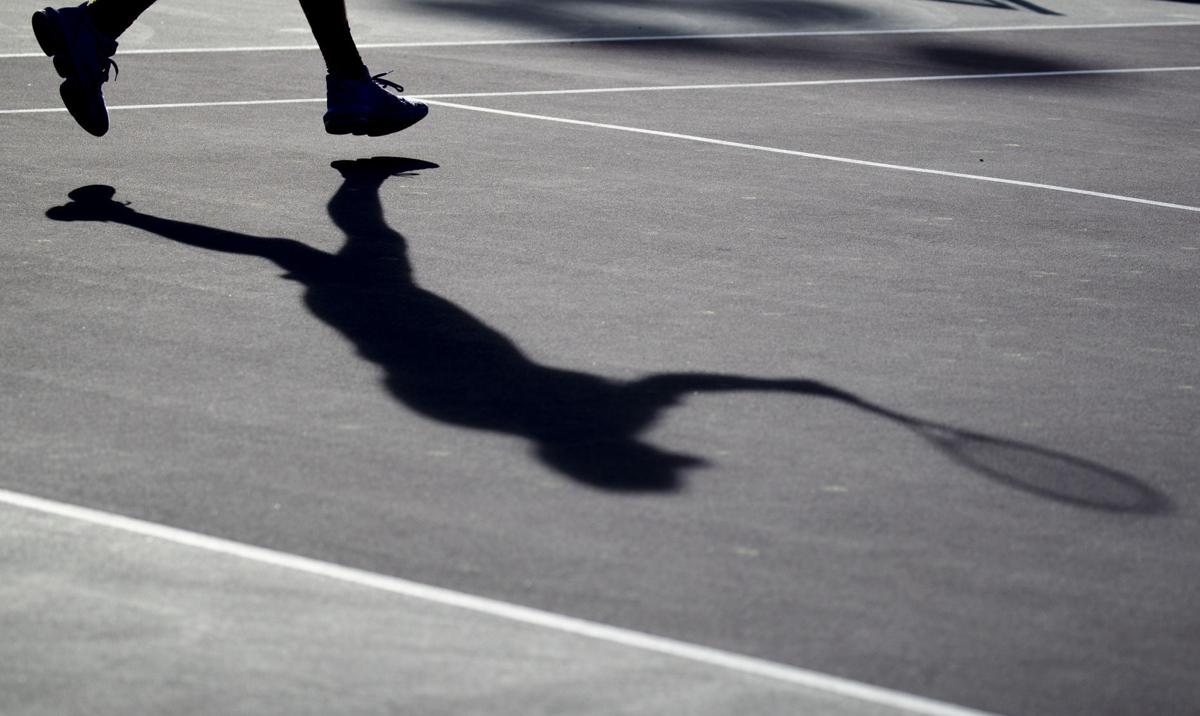 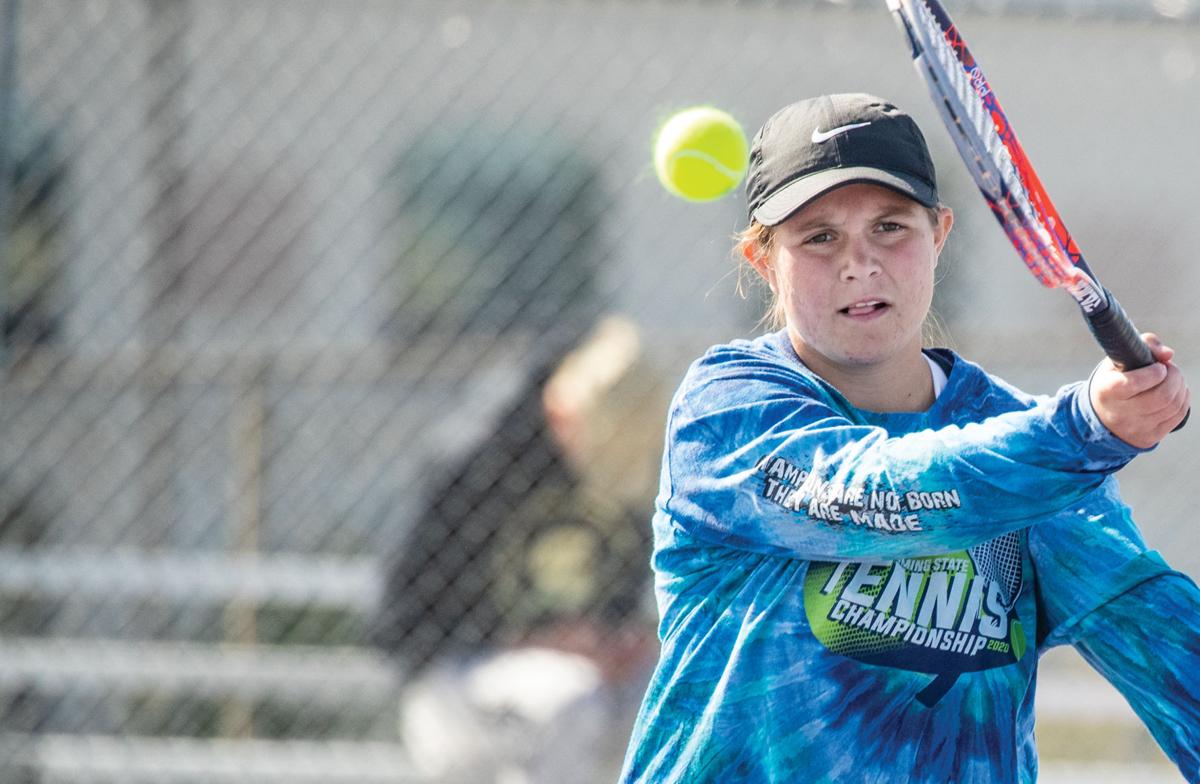 Camels No. 1 singles girl Alexa Richert warms up at the State Tennis Tournament before taking on Karli Nandrup of Rock Springs Thursday at CCHS.

The Campbell County and Thunder Basin High School boys and girls tennis teams capped off the short fall season with the Class 4A state tournament this weekend in Gillette.

Campbell County’s Abi Neary and Alexa Richert were the top-finishers from Gillette. Both Neary and Richert lost in the consolation championship to take fourth place in their divisions.

For the Camel boys, Hayden Lemm and EJ Hallcroft lost in the semifinals of the consolation bracket to finish 2-2 at No. 3 doubles, Kyle Barton and Rylan Robertson finished 1-2 at No. 2 doubles and Tully Allison and Marcus Sarvey finished 2-2 at No. 1 doubles. Jason Fink went 2-2 at No. 1 singles and Kody Kline went 1-2 at No. 2 singles.