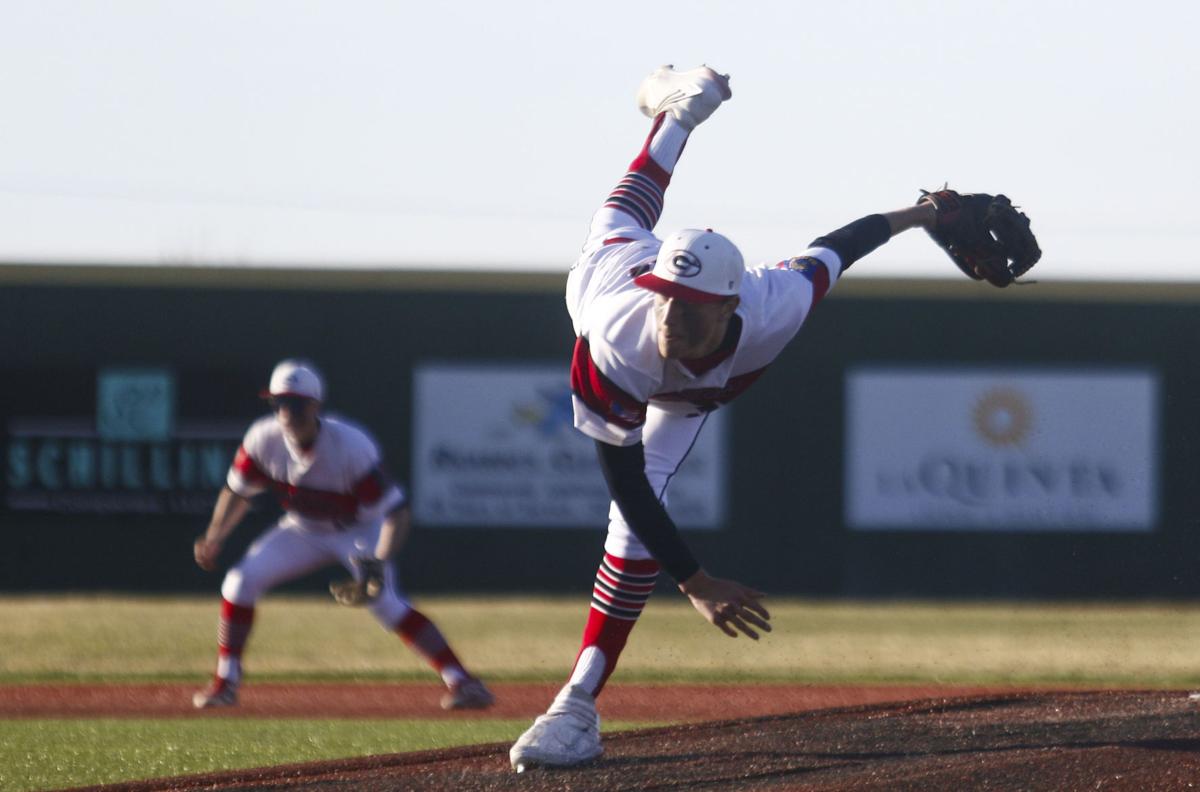 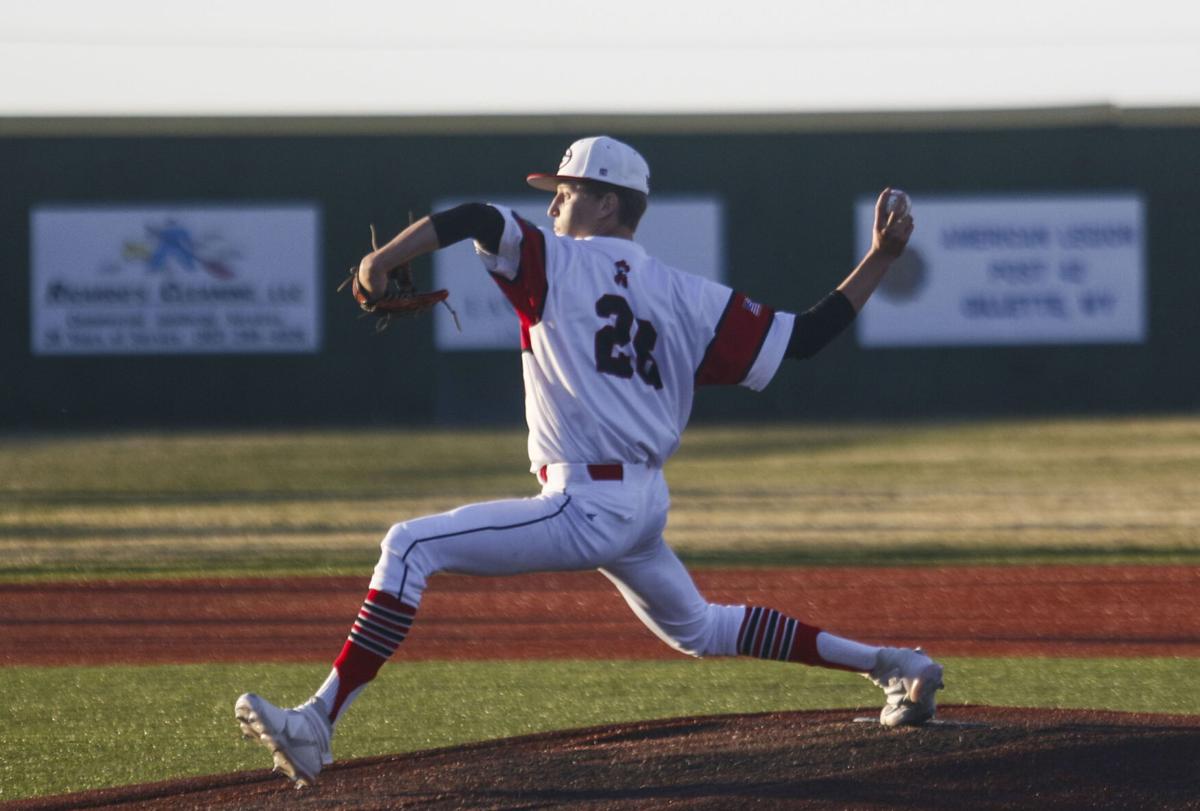 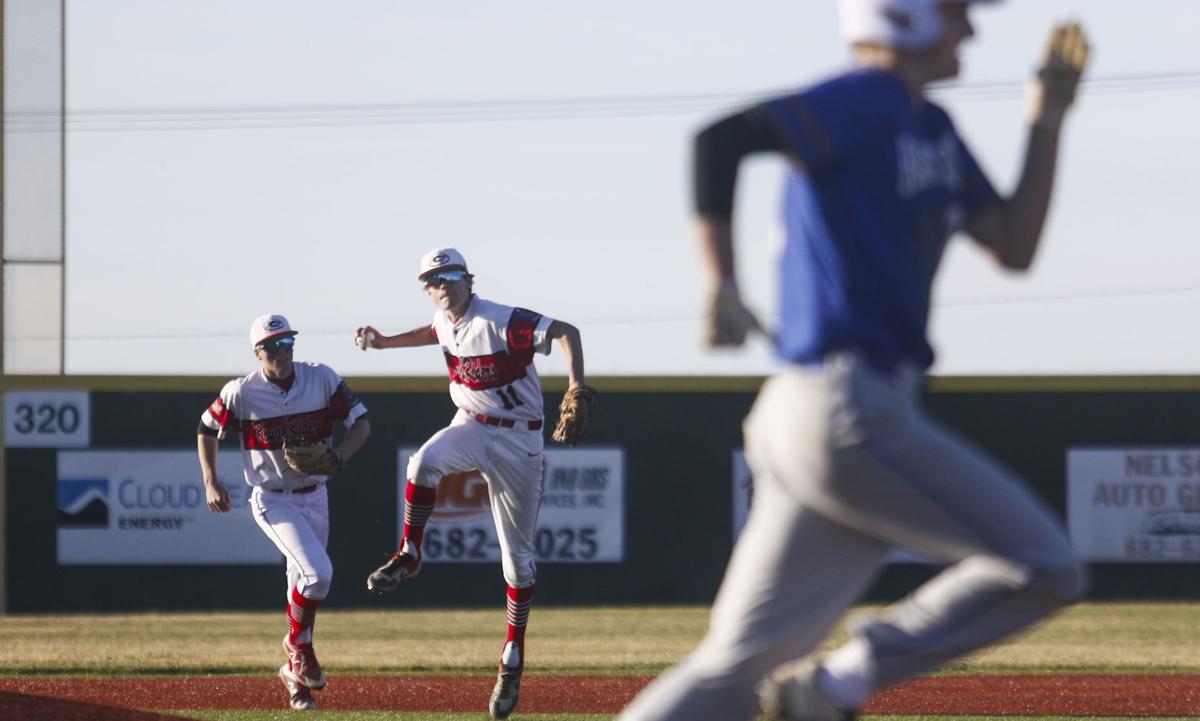 Most of the players on the Post 42 Gillette Roughriders American Legion baseball team had a full day of classes at either Thunder Basin or Campbell County high school before the team's doubleheader with Rapid City Stevens Wednesday. Not Mason Drube.

Drube, 14, is an eighth grader at Twin Spruce Junior High. He is also the younger brother of Thunder Basin standout and future University of Wyoming track athlete Gabby Drube.

Drube started his first game on the mound for the Roughriders against Rapid City Stevens (South Dakota) Wednesday evening at Hladky Memorial Stadium. He is the first eighth grader to make the varsity team in Nate Perleberg’s 16 years as head coach.

"It felt amazing," Drube said after the game. "I don't know even know how to feel about it right now. It was just nice to get a win for my first varsity start and I got to play with a lot of great players and I just want to keep doing it."

In his Roughrider pitching debut, Drube went four innings strong and gave up just two hits while striking out eight. His fastball had batters late and his curveball had hitters whiffing in game two of the doubleheader.

While Drube was relieved on the mound in the fifth inning, he earned his first varsity win with the performance as Gillette beat the Raiders 8-3 to complete the doubleheader sweep.

Going forward, Drube hopes to feel as comfortable on the mound as he did in his first career start.

"I just have to get to my comfortable spot and then stuff will go well," Drube said. "I just gotta relax and do my thing."

In game one, the Roughriders won by mercy rule 16-1 in four innings. Sophomore Bowen Rodriquez earned the win on the mound with six strikeouts and one earned run through four innings of work.

At the plate, junior Joseph Sturdevant led the way with four RBIs in his four at bats. Drube added three RBIs and senior Zane Eliason drove in two.

In game two, junior Leigton Holden and senior Colten Gray both drove in two runs while Eliason and sophomore Nate Zimmerschied each drove in one.

The Roughriders (6-2) will return to the field Thursday evening. Gillette will play Rapid City Post 320 for the first time this season during a 9-inning game at 5:30 p.m. Thursday in South Dakota.