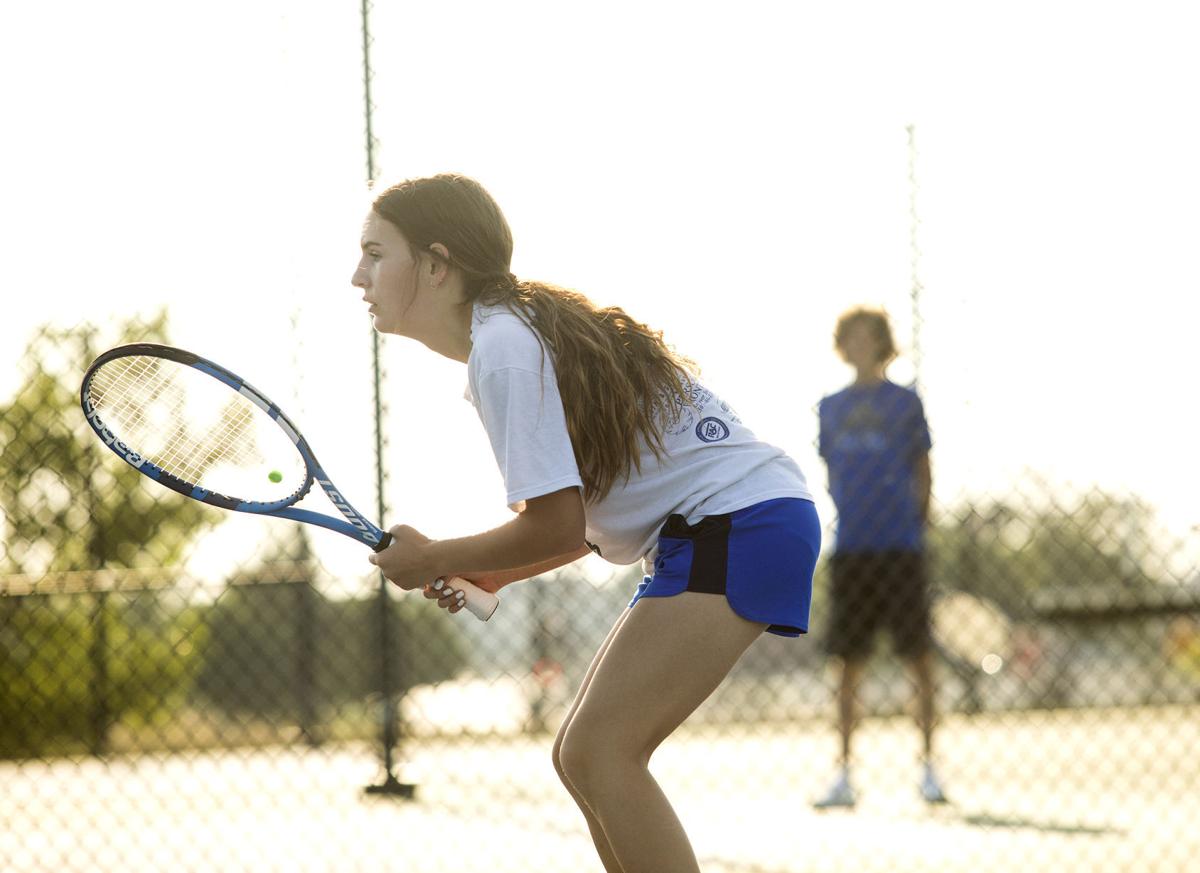 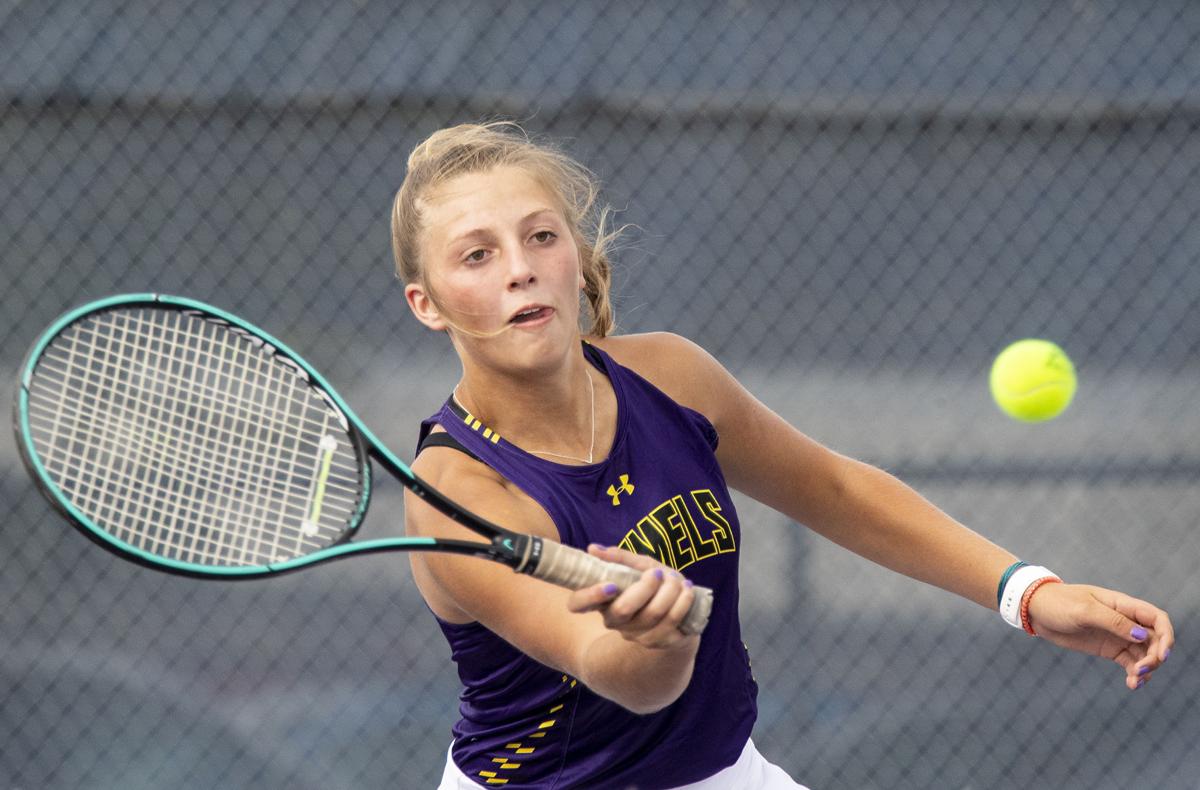 Camel Mari Bouzis lunges toward a ball during a conference match against Thunder Basin at CCHS earlier this season.

Camel Mari Bouzis lunges toward a ball during a conference match against Thunder Basin at CCHS earlier this season.

Both the Campbell County and Thunder Basin high school boys and girls tennis teams are facing the final matches of the season with the Class 4A state tournament starting Thursday in Gillette.

The Camel girls finished third as a team at the Class 4A North regional tournament over the weekend in Sheridan. The Camel boys finished fourth.

For Thunder Basin, the girls finished sixth and the boys finished seventh. Kelly Walsh won both the boys and girls titles at the regional tournament.

Campbell County’s top-seeded players will be Abi Neary at No. 2 singles for the girls and Tully Allison and Marcus Sarvey at No. 1 doubles and Kyle Barton and Rylan Robertson at No. 2 doubles for the boys. Both doubles teams and Neary made it to the regional championship but lost to take the No. 2 seed in the North.

Neary lost 6-3 and 6-3 to Kelly Walsh’s Gabriella Blumberg in the championship match. Allison and Sarvey also finished second after losing 6-0 and 6-2 in the regional championship while Barton and Robertson lost 6-4 and 6-3.

Alexa Richert finished in third place at the regional tournament at No. 1 singles after winning the consolation bracket. Richert lost 6-0 and 6-0 in the semifinals of the championship bracket but won her next two matches to take the North No. 3 seed for the girls.

Mari Bouzis and Payton Whitt finished fourth at No. 2 doubles after a 6-0 and 7-6 loss in the consolation championship.

Maddie Edwards and Bayley Gray went 0-2 at No. 2 doubles and Lexi Alexander and Samantha Torres went 0-2 at No. 3 doubles. Both doubles teams will still have a chance to work their way through the bracket at the state tournament despite going 0-2 at the regional tournament.

For the boys, Jason Fink finished 1-2 in the tournament at No. 1 singles after a loss in the consolation bracket semifinals. Hayden Lemm and EJ Hallcroft also finished 1-2 for the boys at No. 3 doubles while Kody Kline went 0-2 at No. 2 singles.

Brooke Kendrick and Brianna Ketchum won the consolation bracket at No. 2 doubles with a 3-1 record and Katie Bruse and Tierra Tachick found the same results at No. 3 doubles. Both doubles teams will take the North No. 3 seed for the state tournament.

Kelly Walsh is the defending champions for the boys while Cheyenne Central hopes to defend its state title for the girls. At the Class 4A South regional tournament, Green River won the boys title and Cheyenne East won the girls title.

Matches will be begin Thursday at four different locations in Gillette. The state tournament will be played at TBHS, CCHS, Bicentennial Park and the Campbell County Recreation Center Field House.

Championship matches will be played Saturday.