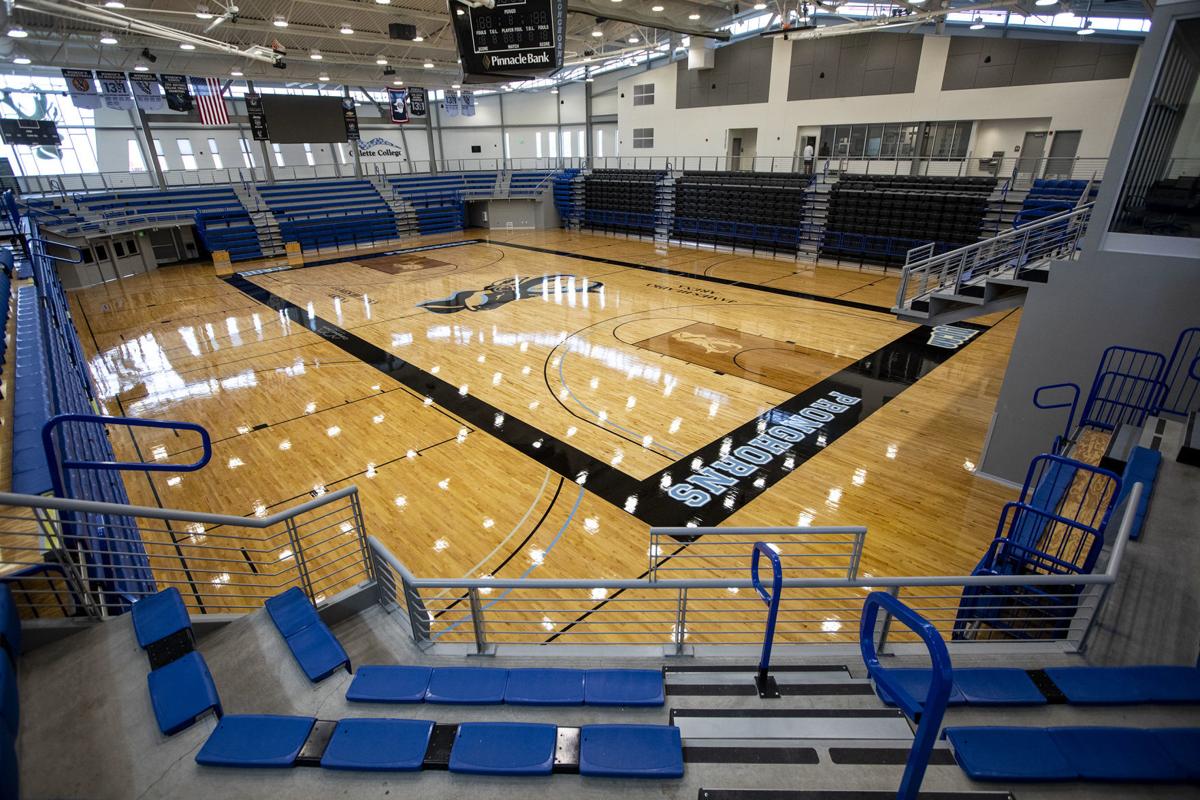 Subtle changes were made to improve the overall appearance of the Pronghorn Center’s basketball court as it underwent repair work earlier this summer. 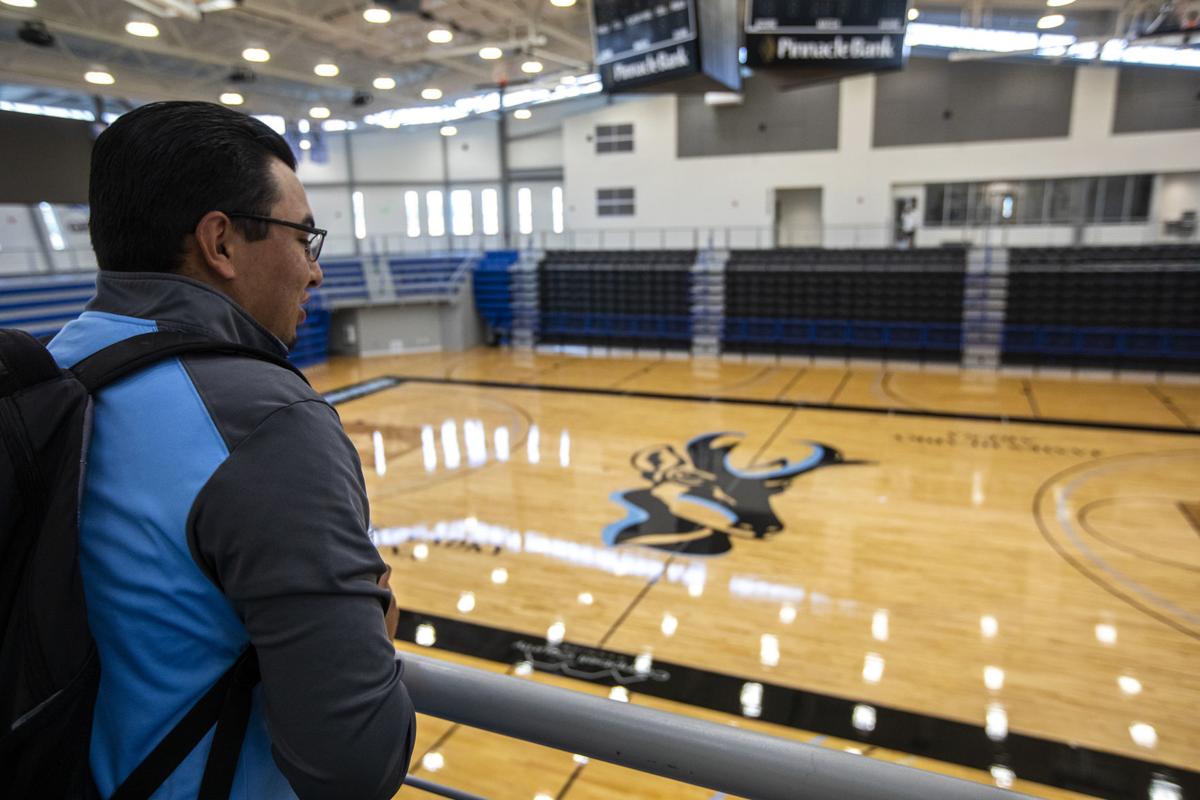 Subtle changes were made to improve the overall appearance of the Pronghorn Center’s basketball court as it underwent repair work earlier this summer.

The Pronghorn Center at Gillette College has received an early summer facelift.

Because of damage done during a community event last year, the college used insurance money to redo its hardwood basketball court and make a few design changes.

The Pronghorn Center, which is the crown jewel facility of the Gillette College athletics program, has only been in use for about three and a half years since. But during a community event a few months ago, an area on the court was dented around the 3-point line.

That gave Gillette College an opportunity to replace the whole floor at no out-of-pocket cost, said Athletic Director Rich Hall.

“There was some damage to the floor with a community event that was happening in there,” Hall said. “With the grateful help of insurance and our community partners, we were able to get it fixed and taken care of.”

Besides the new sparkling gleam and smell of fresh wax, there are a few subtle design changes to the court that men’s basketball coach Shawn Neary said “looks great.”

The biggest change was flipping the big Pronghorn logo in the middle of the floor so that it faces away from the team benches and toward the deck that games are filmed from. All Gillette College home games are videoed and available to watch online, so it was a cosmetic fix to make the videos look better.

There also are some differences in floor coloring. The main court still has a light finish, while the key and area surrounding the court is stained a darker shade. One of Neary’s favorite additions is the Pronghorn heads that were left unstained in the middle of the keys in front of the baskets.

The border around the court will remain black, but the logos within the black paint have also changed. The Pronghorns and NJCAA logos that used to be royal blue to match the seating are now lighter to match the school colors.

“That’s all going to add some character to the court,” Hall said.

The project took about three weeks to complete and the basketball programs should be able to start using the courts this week.

Hall said Gillette College has money allocated in the budget every year to refinish the floor with a protective coating.

“We have a lot of pride in it. It’s one of our marquee buildings on campus,” Hall said. “It’s a showcase not only for our recruits for sports, but it’s one of the landmarks on our campus.

“We’re happy to say that it was built with the proud support of our community.”