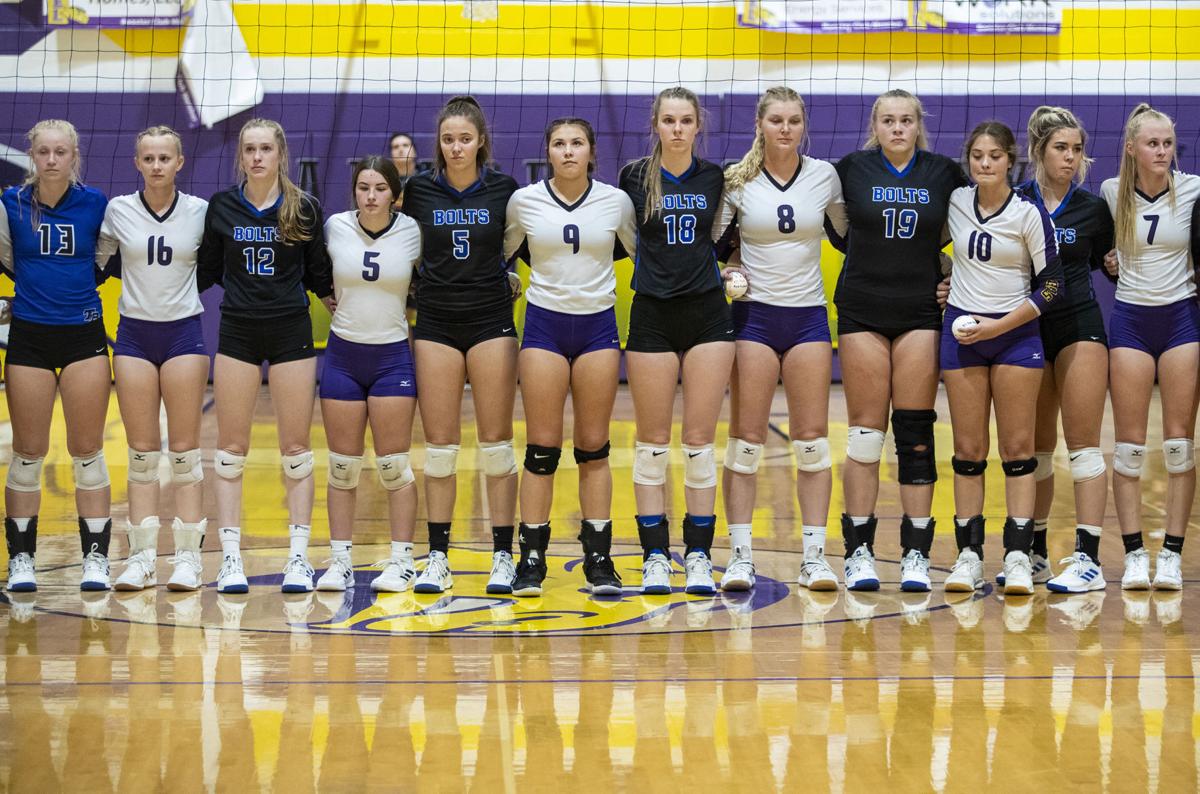 In honor of the late Kirby Drube, who died Wednesday due to complications from COVID-19, athletes from both Thunder Basin High School and Campbell County High School join together as one for the starting lineup announcement before Thursday evening’s cross-town matchup. 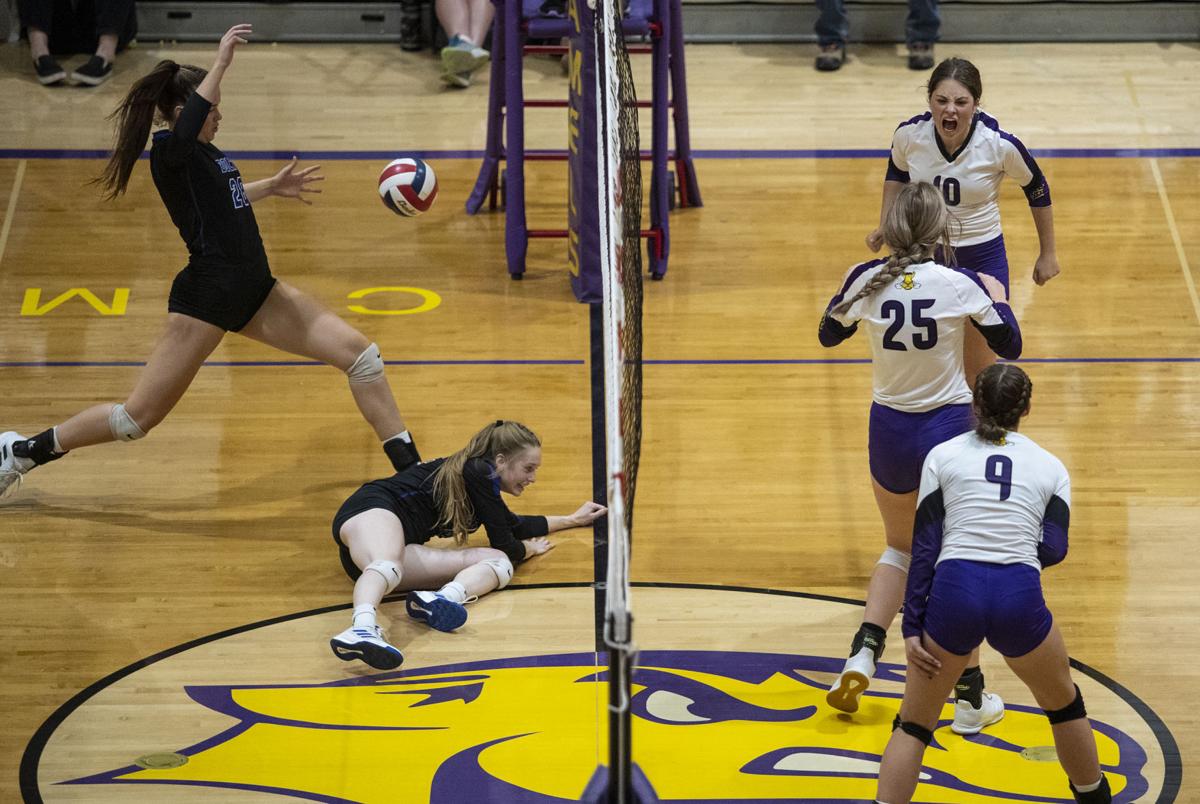 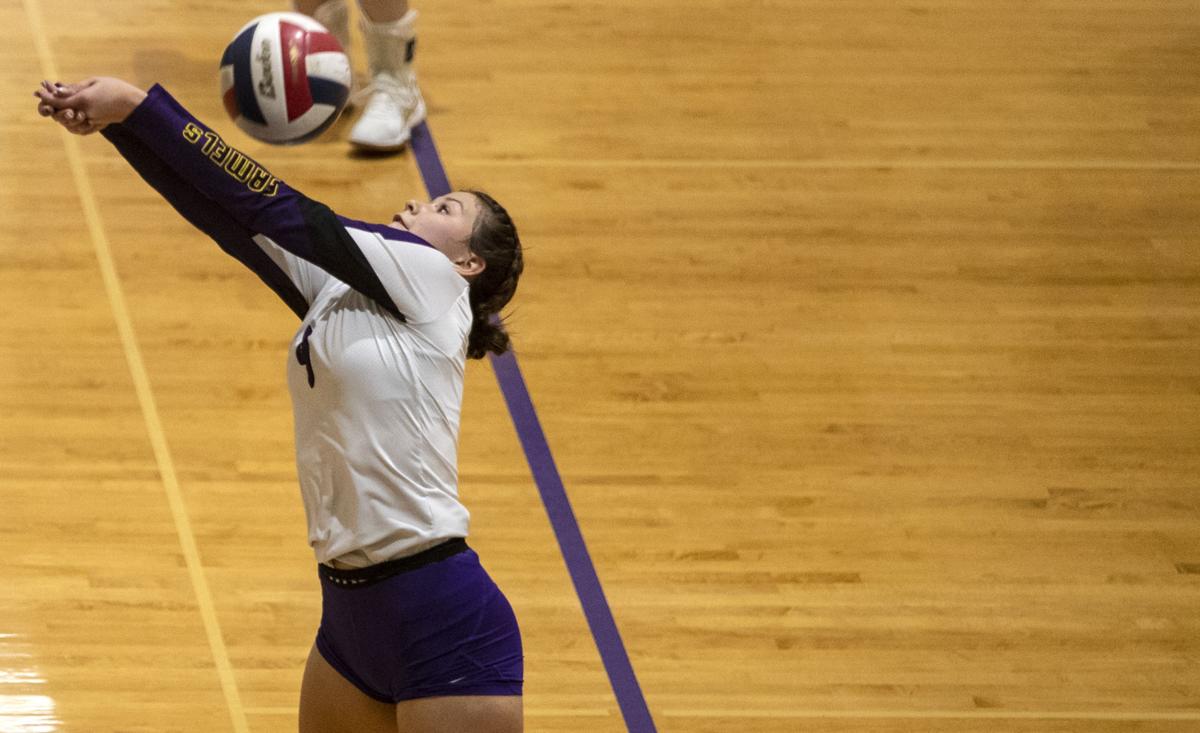 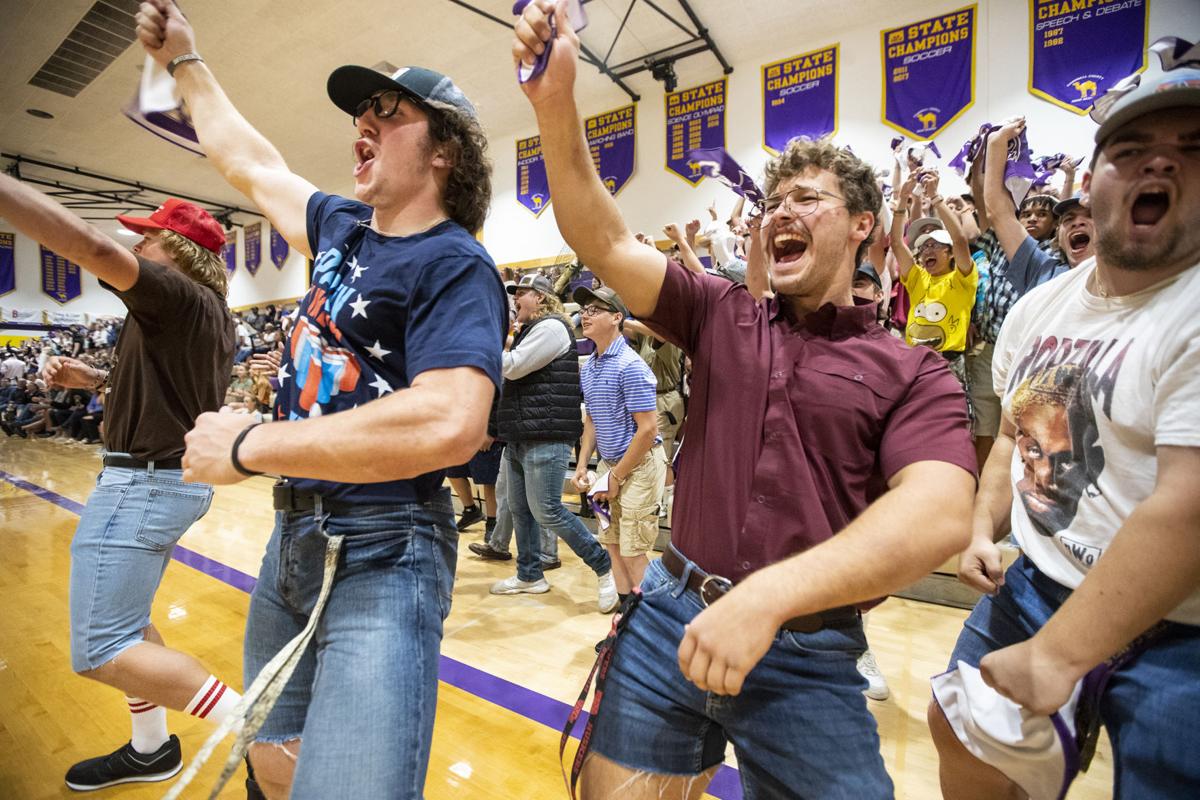 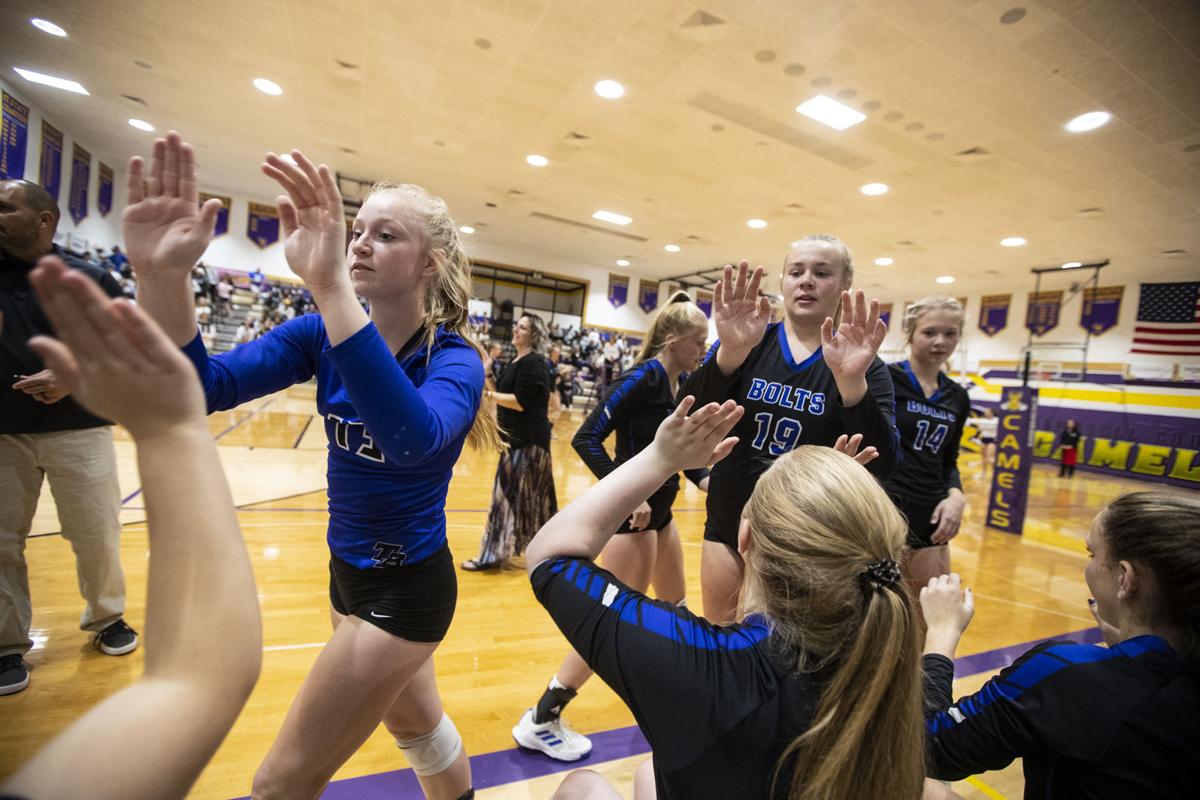 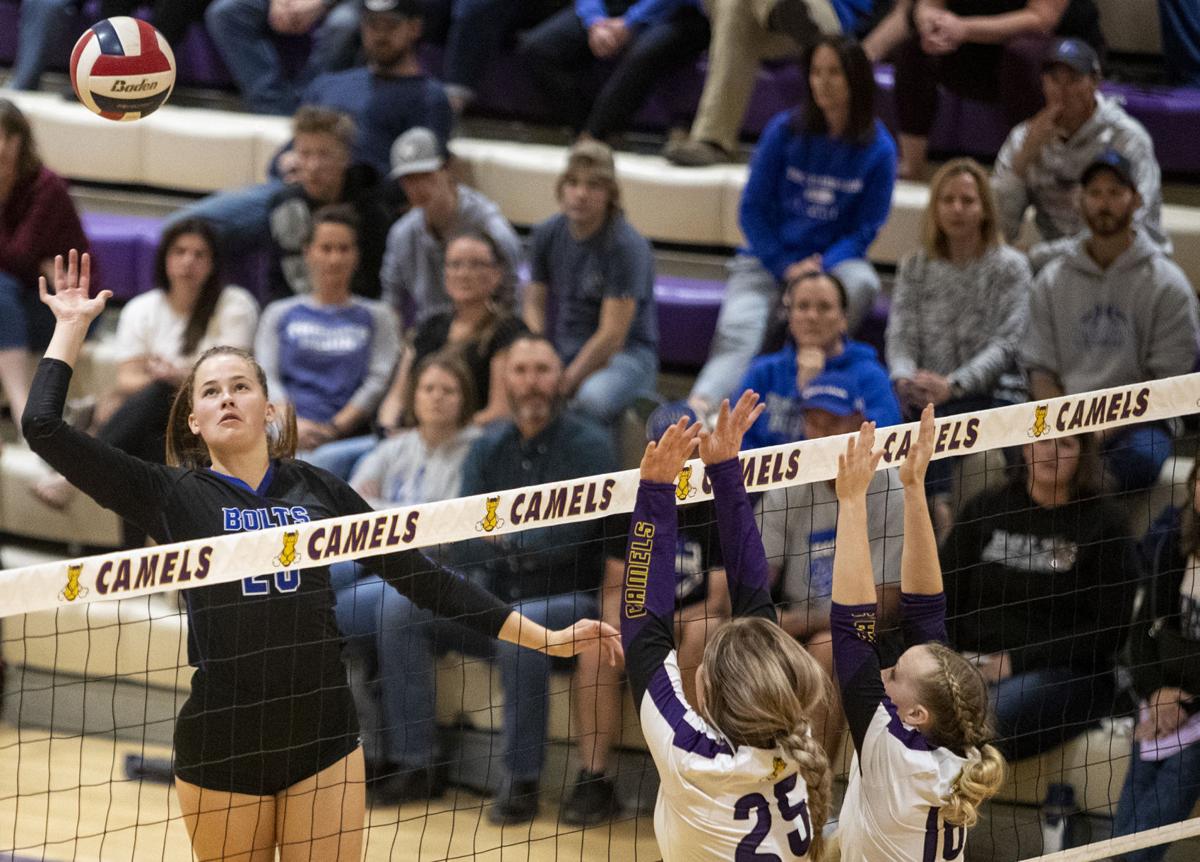 Junior Joelie Spelts sends the ball over the net to the Camels during a crosstown match earlier this season. 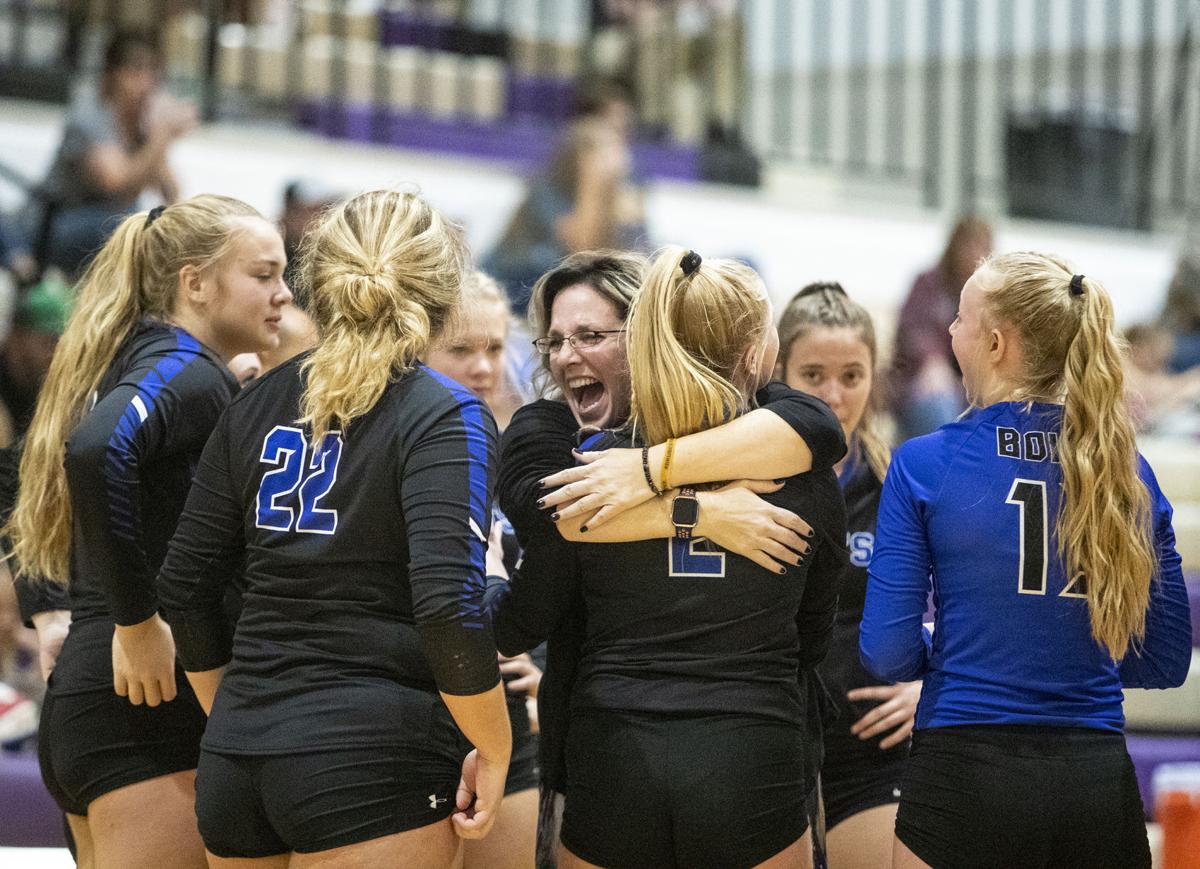 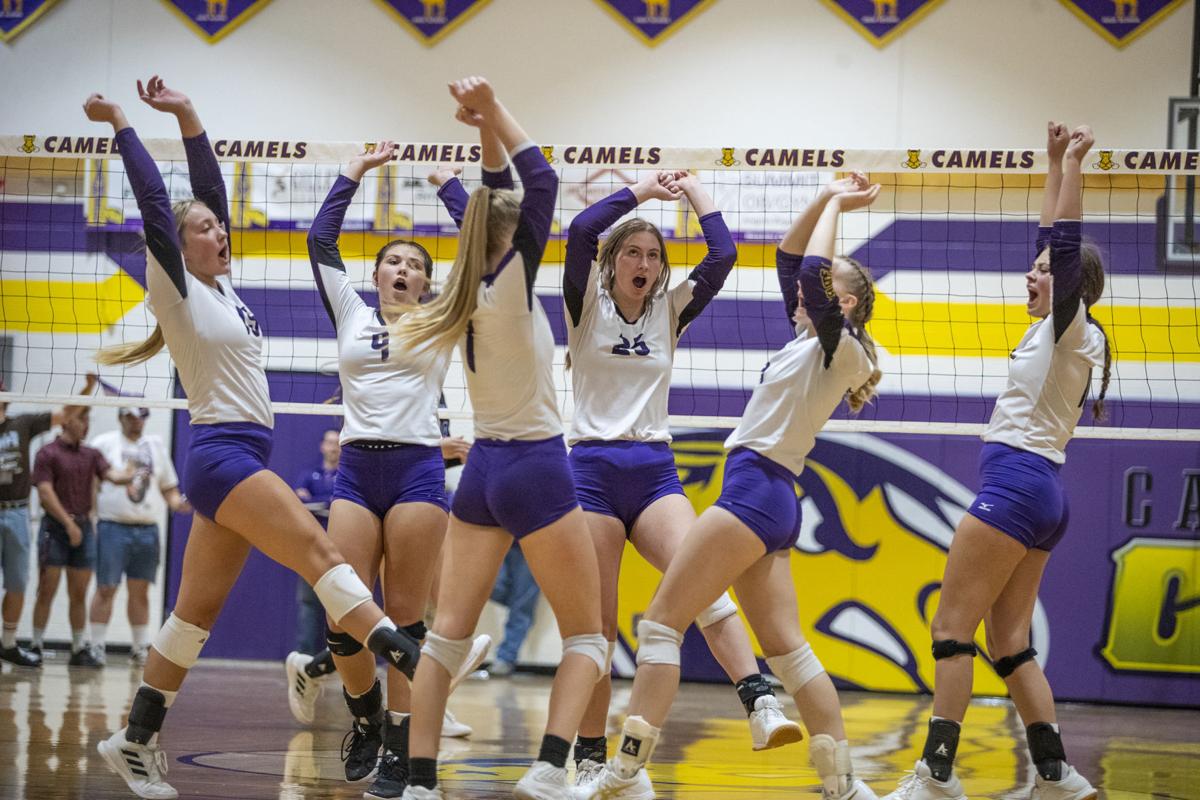 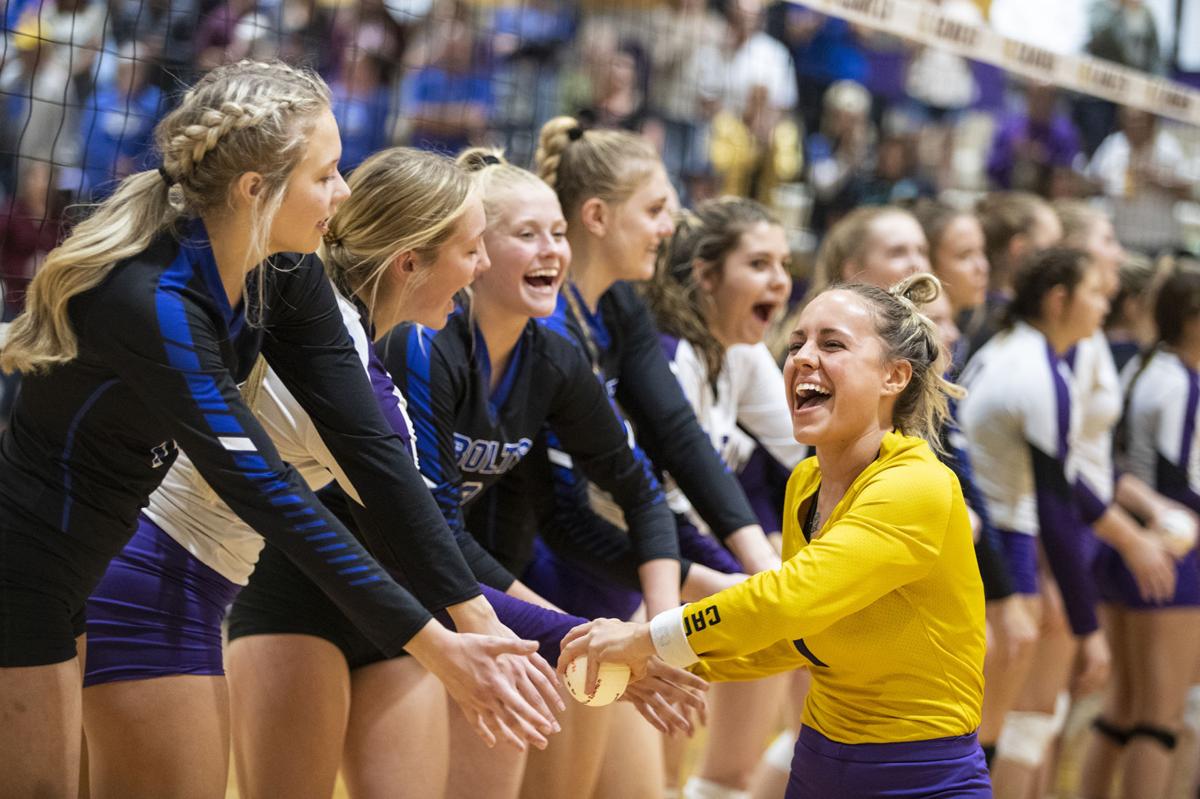 Campbell County senior Tatum Brown is cheered on by Camels and Bolts at the start of Thursday evening’s cross-town rival matchup.

In honor of the late Kirby Drube, who died Wednesday due to complications from COVID-19, athletes from both Thunder Basin High School and Campbell County High School join together as one for the starting lineup announcement before Thursday evening’s cross-town matchup.

Junior Joelie Spelts sends the ball over the net to the Camels during a crosstown match earlier this season.

Campbell County senior Tatum Brown is cheered on by Camels and Bolts at the start of Thursday evening’s cross-town rival matchup.

Thursday was a night centered around unity for the city of Gillette. And that unity was on full display before the first point was served in the CCHS gymnasium.

Before the national anthem, players from both teams met under the net and came together as one to honor the memory of Kirby Drube. Drube, 45, died from complications from COVID-19 on Wednesday at a Colorado hospital.

Drube's daughter, Gabby Drube, graduated from Thunder Basin last year. She was an all-state volleyball player for the Bolts and a leading mentor for some of this year's players.

Kirby also has a daughter, Maddy, and a son, Mason.

"Kirby means a lot to us and I played with Gabby since I was little," TBHS senior Hannah Durgin said. " Maddy has always been there and I've known Mason forever so my heart just goes out to those kids.

"Kirby was always in the crowd hyping us up and giving us hugs so it was really cool to come together as a community like that."

Durgin's favorite part of the experience was the two team's ability to look past the crosstown rivalry and instead show the sense of unity as a community. Players from both Thunder Basin and Campbell County linked arms as both starting lineups were announced together before the match.

"I don't think that other rivalry schools could do that and I just think we have a really good bond," Durgin said. "I appreciate it because both sides did a really good job and everyone contributed.

"(Kirby) had a great impact on our community so he definitely deserved it."

CCHS senior Tatum Brown approached coach Wendi Ruby early before the match to help coordinate the pregame tribute. Being a part of something bigger than herself was more important than any high school rivalry, Brown said.

TBHS coach Wenett Martin said Thursday's match was a testament of the power of community. While Gillette may have two comprehensive high schools, both still represent the same city, Martin said.

"I think it was pretty awesome to see," Martin said. "At the end of the day we are all Gillette. I think it was a really good tribute to Kirby Drube because he has been in our community and he's been a big part of it."

Bolts bounce back to beat Camels 3-1

After a moment of silence for Kirby, the Camels came out strong with the home crowd behind them to start the match. Campbell County took a big 24-17 lead in the first set before closing out the Bolts 25-20 to take a 1-0 lead.

But the first-set win would be all the Camels would get the rest of the way as Thunder Basin bounced back to win the next three sets. The Bolts won the second set 25-16 and the third set 25-21 before dominating Campbell County in the fourth set 25-6 to close out the match.

Thunder Basin improved to 18-10 on the year and 4-2 in conference play while the Camels fell to 12-15 and 2-4. Both teams will take the weekend off before returning to the court next weekend.

Both the Bolts and the Camels will play Cheyenne Central and Cheyenne East next weekend in Cheyenne.