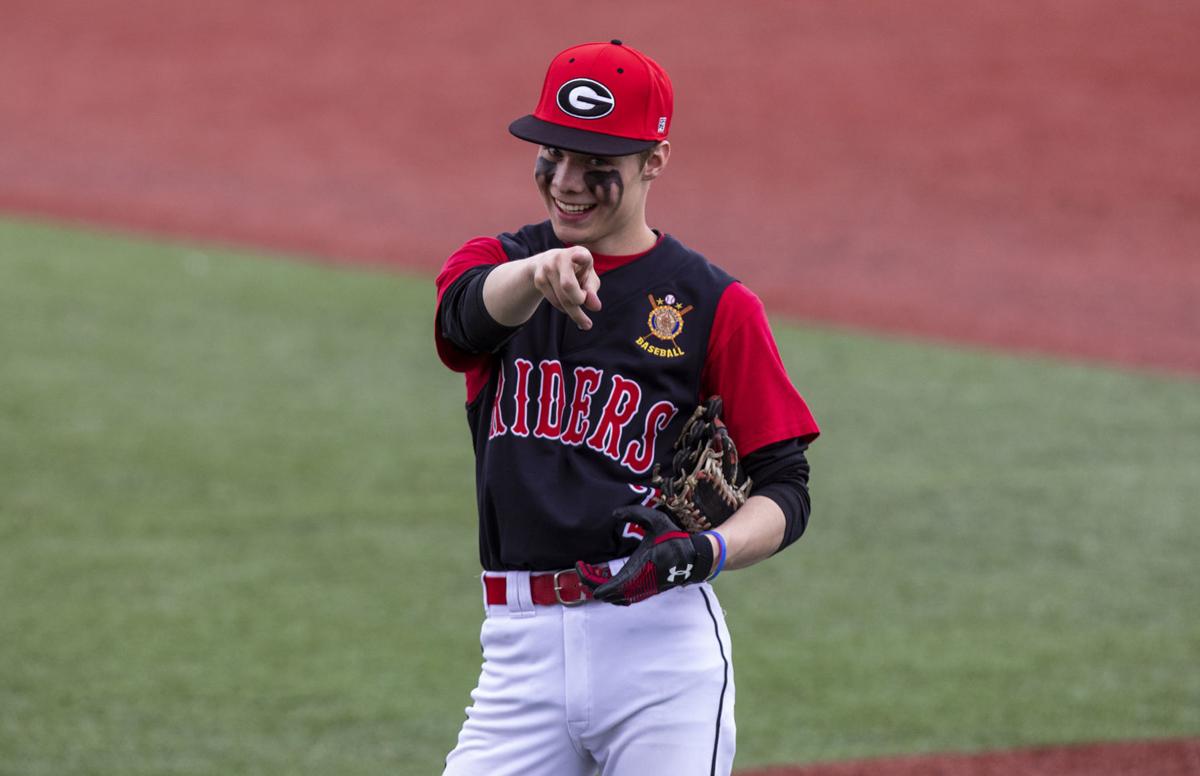 Tanner Richards jokes around with his teammates as the Roughriders prepare to take the field for the first time this season Friday evening against Evanston during the Spring Classic Tournament at Hladky Memorial Stadium. 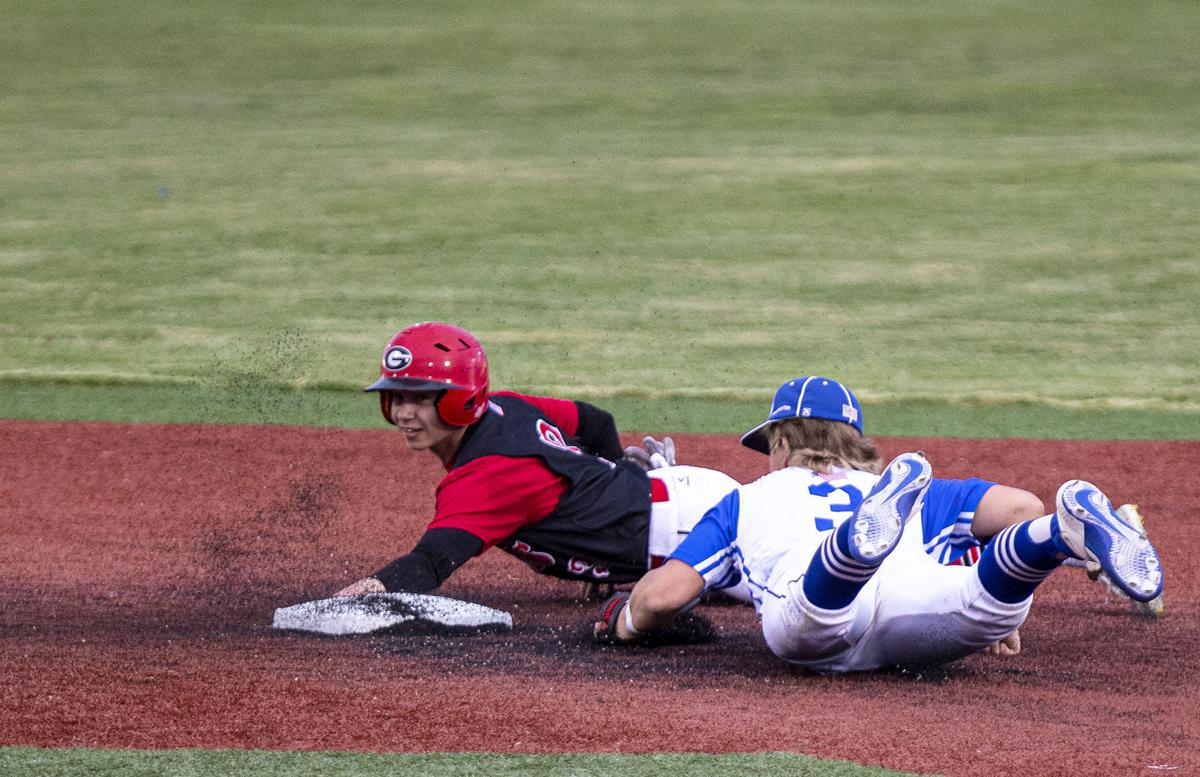 Zach Brown slides around Evanston Outlaws second baseman Jagger Mitchell to get on base during the Roughriders' 11-3 rout during the opening game of the Spring Classic Tournament at Hladky Memorial Stadium Friday.

Tanner Richards jokes around with his teammates as the Roughriders prepare to take the field for the first time this season Friday evening against Evanston during the Spring Classic Tournament at Hladky Memorial Stadium.

Zach Brown slides around Evanston Outlaws second baseman Jagger Mitchell to get on base during the Roughriders' 11-3 rout during the opening game of the Spring Classic Tournament at Hladky Memorial Stadium Friday.

The Gillette Roughriders baseball team made their much-anticipated season debut at home Friday night and handed Evanston a blowout loss to move to 1-0.

The Roughriders used a 6-0 first inning to take control, before triggering the mercy rule in the bottom of the sixth for the 11-3 win. Sophomore Jason Fink picked up the win, pitching three innings with an earned run, and Dalton Martin slammed the door with three shutout innings.

“It was nice to get back out there and get back under the lights,” Gillette coach Nate Perleberg said. “I really liked the focus and the intensity. You could just see it in guys’ eyes and they were ready to go. They definitely had an opening-day mentality.”

All the damage in the bottom of the first inning was done with two outs, as the entire Gillette lineup made it to the plate. Senior Garrett Lynde kicked the scoring off with a two-run single, which led to five straight batters reaching safely.

Zach Brown, Tanner Richards, Kaden Race and Hayden Sylte all drove in runs during the next four at-bats, before Evanston finally escaped the inning with a groundout.

The Outlaws responded well and used a pair of errors to score three runs in the top of the second, halving the deficit to 6-3. But the Roughriders pitched a shutout the rest of the way.

A no-doubter home run was Gillette’s only run during the next two innings, as Mason Powell blasted the ball over the scoreboard in left field to lead off the bottom of the second inning.

“Powell’s home run was crushed,” Perleberg said. “He should hit a few more this year.”

Martin was rock solid for Gillette in relief, as he kept Evanston off the board in the fourth, fifth and sixth innings. He only gave up two hits in three innings and Perleberg said he “really liked” how Martin kept the Outlaws off balance by changing speeds.

Richards helped his pitcher big time in the top of the fifth with a sliding catch in center field, before gunning a throw to first base for the double play to end the half inning.

Gillette got back in the scoring groove in the bottom of the fourth and used some more two-out magic to get it done. Richards drew a walk with the bases loaded to make it 8-3, before Race lined a two-run single into the outfield for the 10-3 lead.

Race led the Roughriders hitters with four RBIs, while Richards and Lynde both drove in two apiece.

“I thought we played well. I really liked the amount of runs we scored with two outs,” Perleberg said. “It’s really exciting to back out there. It’s been a long time coming.”

The Roughriders will be back in action at 7:30 p.m. Saturday. They take on rival Sheridan at Hladky Stadium, as the Annual Spring Classic Tournament continues in Gillette.