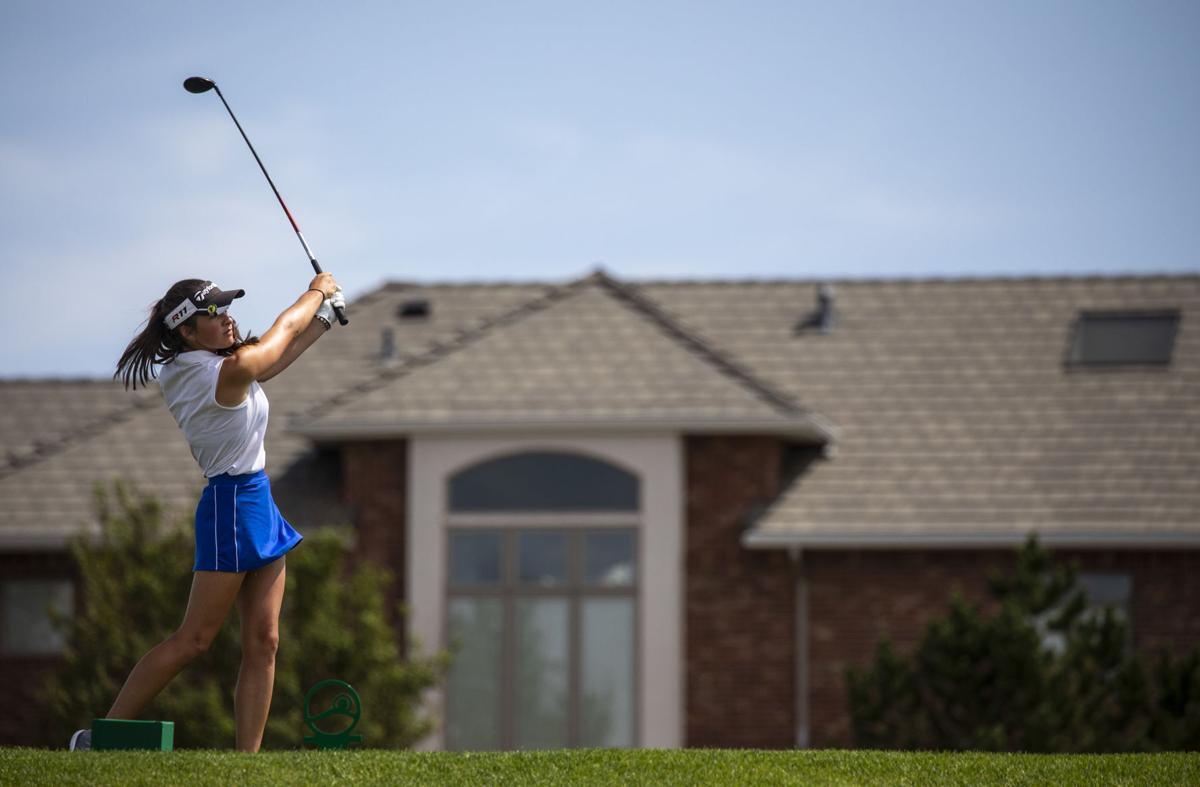 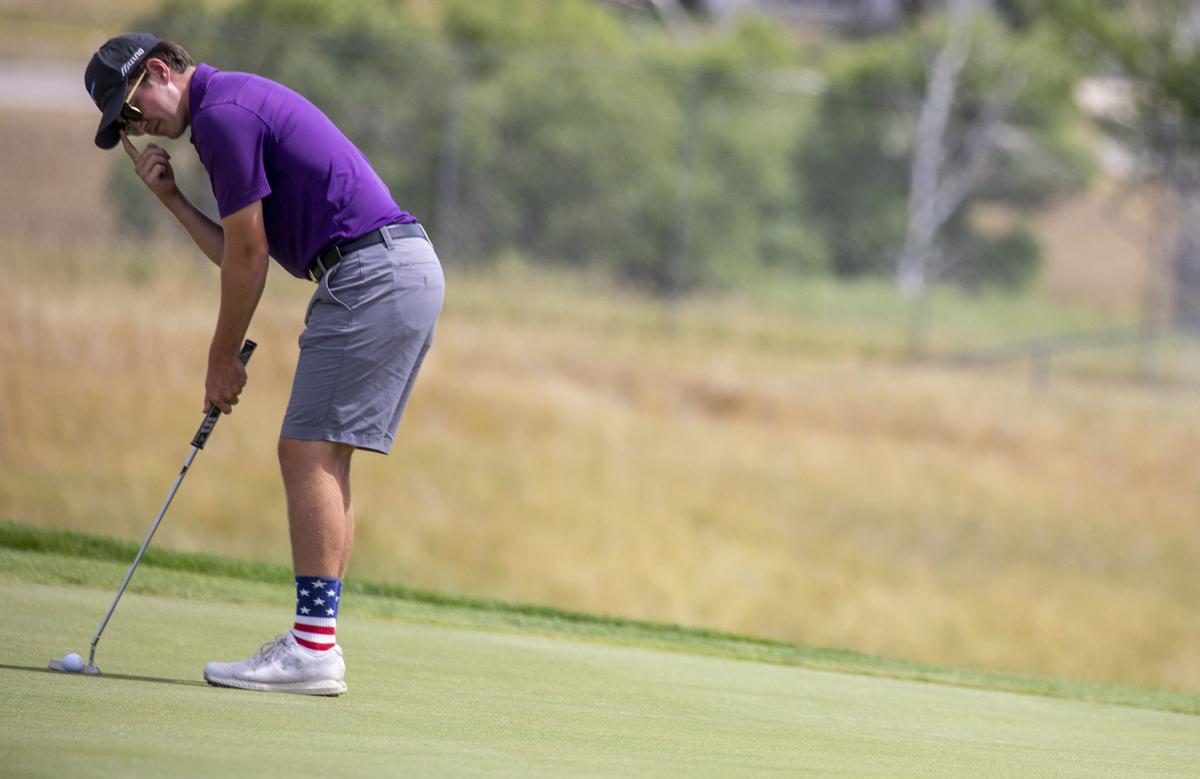 Campbell County High School golfer Shey Leupold adjusts his sunglasses prior to making a put during an earlier competition this season.

Campbell County High School golfer Shey Leupold adjusts his sunglasses prior to making a put during an earlier competition this season.

Lightning struck again for the Thunder Basin High School girls golf team this past weekend with the Bolts repeating as state champions.

The state tournament at Three Crowns Golf Course in Casper capped the fall season for both the Bolts and Campbell County.

TBHS posted a two-day total of 495 strokes to top second-place Jackson and Sheridan by 10 strokes.

The Camels and Bolts boys teams played within a stroke of each other, with Thunder Basin placing sixth with 706 strokes and Campbell County seventh with 707.

Individually for the girls, 2019 individual champ Maria Farnum tied for second this year for TBHS with a score of 154. The Bolts had two other top-10 finishers with Darvy Barstad tying for sixth place with a 169 and Karissa Tranas placing ninth with a score of 172.

"She was so excited for the team," Hunter said. "You could just tell that she was excited for her teammates."

Campbell County’s lone female golfer, Myah Hammerquist, tied for 23rd with a two-day total of 193. With only one golfer, the Camels didn’t score as a team.

"Myah likes to play, she's got the bug," CCHS coach Bryan Young said. "That's what it takes to compete at the varsity level."

She enjoys the game so much that Hammerquist was out on the golf course the day after the state tournament ended, Young said.

"You can't just play during season," Young said. "I know she wants to get better and I know she will. I'm looking forward to it."

For the boys, Thunder Basin’s Colter Praus was the highest placing Gillette golfer with a score of 160, which was good enough to tie for third.

The other top-10 finisher from Gillette was Shay Leupold for the Camels, who tied for ninth place with a score of 165.

Leupold was followed by fellow Camel Brant Morrison in 15th place with a score of 169, while Campbell County’s Dawson Reed (31st) and Peyton Wasson (42nd) shot 181 and 192 respectively.

"I expected us to finish about where we did. We were neck and neck with the Thunder Basin boys team," Young said. "I don't want to say I'm disappointed, but I was hoping to play better.

Young said he's excited for the future of the Campbell County golf program because he will be returning all four of the boys who competed at state this weekend and hopes to add a few more.

For the Bolts, Deegan Williams tied for 28th with a score of 180 followed closely by teammate Leighton Holden at 182, good for 32nd place.

Rounding out the tourney for the Bolts boys was Kalub Balzer, who tied for 36th place with a score of 187.